Accessibility links
Al-Qaida Foes Getting Squeezed Out Of Baghdad Recent attacks by militants on security personnel in Baghdad have focused attention on the role of the Sahwa, Sunni groups who were largely credited with helping beat back al-Qaida in Iraq during the most violent years of the war. The Sahwa has been increasingly marginalized by the Iraqi government and is no longer getting paid. 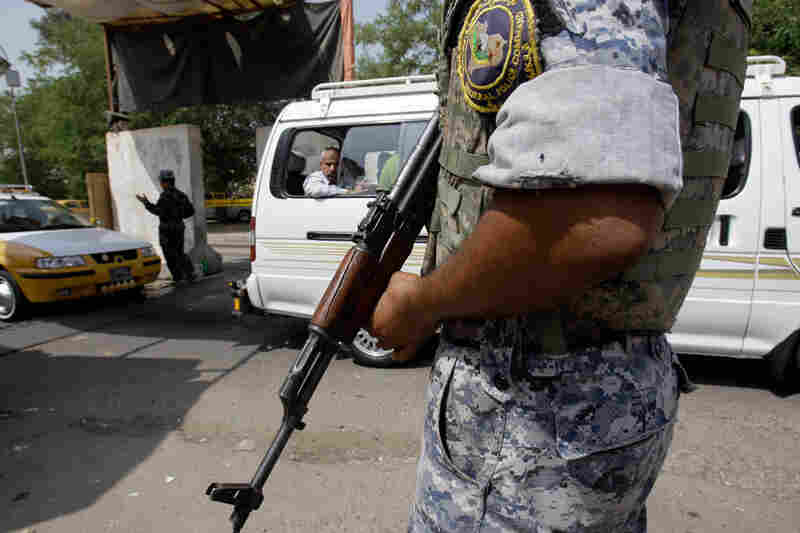 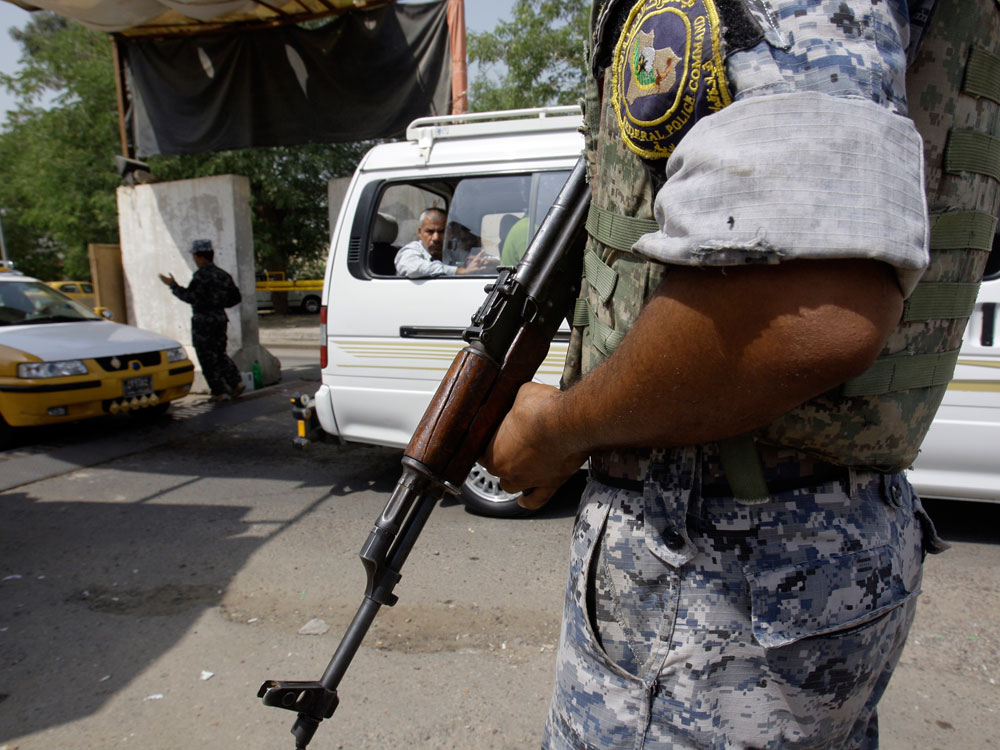 Recent attacks by militants on security personnel in Baghdad have focused attention on the role of the Sahwa, Sunni groups who were largely credited with helping beat back al-Qaida in Iraq during the most violent years of the war.

On Tuesday, insurgents ambushed a security checkpoint in the Mansour district, gunning down five Iraqi police officers and planting the black banner of the insurgency as they fled the scene.

A week earlier, in what's been called one of the most brazen and sophisticated attacks in the Iraqi capital in recent years, militants drew pistols with silencers and fired at checkpoint guards in broad daylight in the Adhamiya neighborhood.

The bodies of soldiers who were killed were placed on top of a car, and then as other soldiers approached the car, bombs went off and killed still more. In all, 16 people were killed and 14 were wounded. The insurgents briefly laid a black banner on the ground with the words "Islamic State of Iraq" written in gold. The ISI is an umbrella group for al-Qaida and other insurgents.

"The gunmen were shooting randomly at people, just to make room for them to flee," says Othman Abdulrahman Ahmed, who watched the attack unfold from his roasted-chicken shop across the street. He ran outside after the bombs exploded.

Ahmed says Iraqi forces quickly put the neighborhood on lockdown. Shops were closed. Soldiers combed the streets, house by house, searching even women and children. So far, officials say, they've netted dozens of suspects, including two men who allegedly had a video of the attack on their cell phones.

Ahmed says the attack never would have happened if the Sahwa were still in charge. The Sahwa, also known as the "Sons of Iraq" or "Awakening" councils, is the name for former Sunni insurgents who joined with U.S. forces to take back neighborhoods and towns. Their salaries were initially paid by the U.S., but they were to eventually join the Iraqi security forces and be paid by the Iraqi government.

That doesn't seem to have happened in Adhamiya, Ahmed says.

"The army is not doing that much good security here because they don't know the full details of the whole area, not like the Sahwa, when they were here," he says. "They can recognize immediately if someone is a stranger or not by the way he speaks, by his face. But for the army, of course, it's different."

Amr Hameed al-Azaawy is the leader of the neighborhood's Sahwa group. A tall and agile 73-year-old, Azaawy smokes a Cuban cigar and puts his pistols on the table when he sits down.

Azaawy says he fears this neighborhood will turn to violent sectarianism again and that the Shiite-dominated government is marginalizing the Sunni Sahwa group. He says that was clear well before this latest attack.

Azaawy can't answer whether the Sahwa could have stopped the attack if it were in control of the neighborhood. "It would be too embarrassing to the Iraqi security forces," he says.

U.S. military spokesman Major Gen. Stephen Lanza says the army is trying to find out what went wrong in Adhamiya.

Lanza says the U.S. is strongly encouraging the Iraqi government to pay Sahwa members, but there's only so much it can do.

"Could there be corruption? Possibly," he says. "But overall, the real issue, I think, is an inability in some cases to have a mechanism that says, 'I need to pay thousands of people.' "