Accessibility links
In Japan, Is Technology Or Tradition The 'Villain'? Japanese novelist Shuichi Yoshida straddles the boundary between the pre- and post-Internet world, and his latest book is a crime thriller challenging assumptions about real and virtual identities. Villain contrasts Japan's welcoming embrace of the wired world with its strong roots in tradition.

In Japan, Is Technology Or Tradition The 'Villain'?

In Japan, Is Technology Or Tradition The 'Villain'? 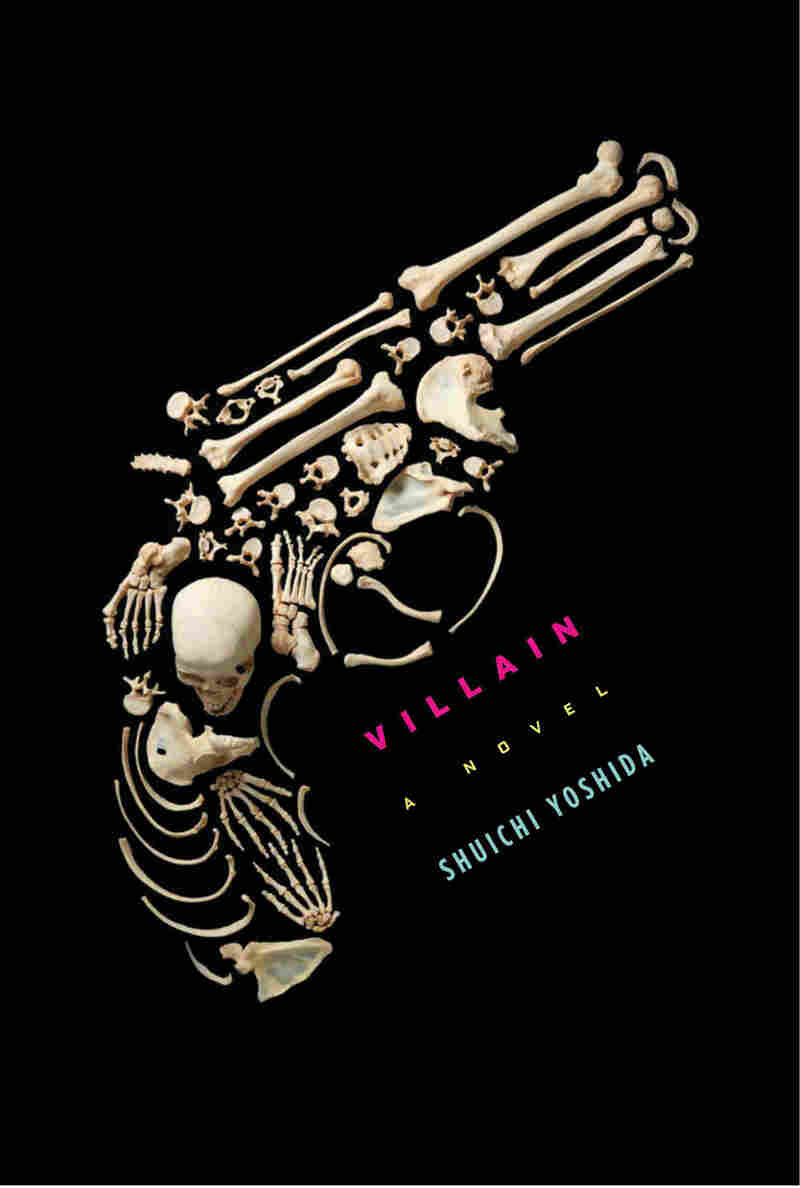 There once was a time when telling your parents you were planning to get together with someone you met on the Internet would elicit the horrified response, "But he could be an axe murderer!" Now your father has a Twitter account, your grandmother has set up a website of family photos, and the social revolution is complete. But the ramifications of such a world-changing invention as the Internet can still be felt in our friendships, our jobs and our families.

Shuichi Yoshida was born in Japan in 1968, which means he was already done with adolescence when words like "World Wide Web" and "information superhighway" started to be thrown around. Old enough, in fact, to remember when our social lives were a strictly face-to-face existence. But not old enough to fear the digital age or to moan about how Google is making us stupid and text-messaging is destroying language. Straddling that boundary puts Yoshida in the perfect position to examine the flux our society has gone through in the past 20 years, and he does it in the form of a ripping good story of murder and secrets.

The setup to his new novel Villain appears at first to be the standard Law and Order template: Girl leaves her friends after a night of drinking; her dead body is found dumped the next morning; the investigation into her surprisingly shady past begins. 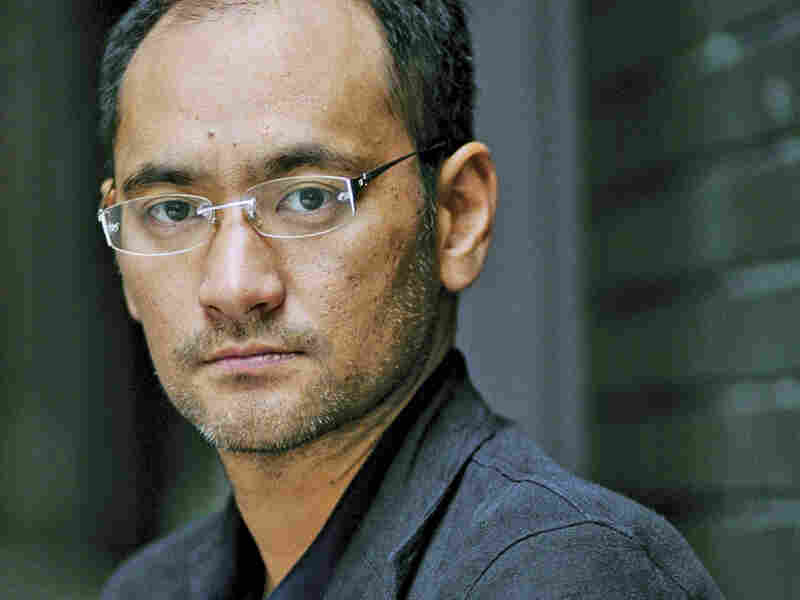 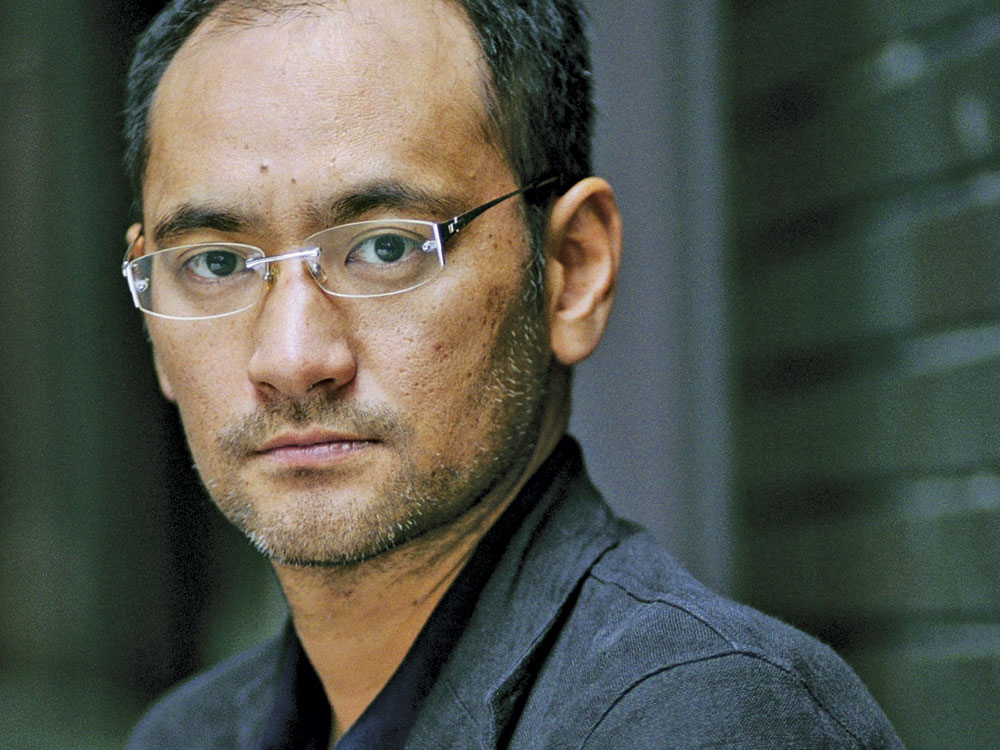 Shuichi Yoshida is the author of seven books.

What sets Yoshida's tale apart, however, is the way it plays with our modern identity issues. If you can upload a misleading and overly flattering photo to your online dating profile and clean up the shadowy bits of your life story, why can't you do the same thing in your offline life? Start over, move away from your dinky little hometown, change your name, maybe even convince yourself that your lies are the truth. Where better to explore this transformation than in Japan, where the contrast between its welcoming embrace of the wired world and its strong roots in tradition and custom makes for some pretty wicked tension.

Villain is Yoshida's seventh novel, and he writes with the cool confidence of a seasoned storyteller. Translator Philip Gabriel, who has also worked with Japanese greats Kenzaburo Oe and Haruki Murakami, introduces Yoshida to the English-reading world with a smooth style. While the identity of the girl's killer is known from the beginning, it's the investigation into the victim's history (both her virtual and real lives) and her killer's back story, and Yoshida's insight into our quickly changing culture, that keeps you in thrall.

Yuichi turned on the overhead light in his car and angled the rearview mirror toward him. In the darkness the reﬂection of his face was indistinct. He moved his head from side to side, combing his ﬁngers through his hair. His hair was soft and feline; the ﬁne strands ﬂowed through his rough ﬁngers.

In the spring of last year, Yuichi had dyed his hair for the ﬁrst time in his life. He dyed it a brown that almost appeared black, and when none of the guys on his construction site noticed, he dyed it a lighter brown, then even lighter the next time, until ﬁnally now, a year and a half later, his hair was nearly blond.

Since the change in hair color was so gradual, no one kidded him about it. Only once did another worker, Nosaka, laugh and say, "Hey, since when are you a blond?" His blond hair went well with his skin, tanned from outdoor work, so perhaps that explained the lack of teasing.

Yuichi was not a ﬂashy guy, though when he went to Uniqlo and other inexpensive clothing stores to buy sweatshirts and sweatpants, he always wound up going for bright colors, reds and pinks. He would tell himself he'd get something subdued, black or beige, something that didn't show dirt easily, but when he got to the store and stood in front of the racks of clothes, for some reason he'd reach for the brighter colors. It's only going to get dirty anyway, he told himself.

His old chest of drawers at home was stuffed full of similar sweatshirts and T-shirts, all of them with threadbare collars, frayed sleeves, the cloth all worn out. All of this made the colors stand out even more, like colors in a deserted theme park. He liked these old sweatshirts and T-shirts, though, because they absorbed the sweat and grease well, and the more he wore them the more they felt like part of his skin, a feeling he found liberating.

Yuichi leaned forward and looked again in the rearview mirror. His hair was in place. His eyes were slightly bloodshot, but at least the pimple between his eyebrows was gone.

Until he graduated from high school, Yuichi was the type of boy who never combed his hair. He wasn't on any sports team, but every couple of months he'd go to the neighborhood barbershop and get a buzz cut.

Around the time he started attending an industrial high school, the barber had sighed and said, "Yuichi, pretty soon I bet you're going to get all particular about your hair, telling me how to cut it." The huge mirror in the barbershop reﬂected a young boy, tall and skinny, who was far from being very masculine.

"If you have anything special you want me to do, let me know, okay?" said the barber. The barber liked to sing enka, and he made his own recordings, posters for which were plastered on the wall.

But Yuichi had no idea what anything special meant when it came to hair. He had no idea where to begin. Until he graduated from high school, Yuichi always got his hair cut at this shop. Afterward, he worked for a short time at a small health food store, and then, after he quit, just hung out at home. A former classmate invited him to work at a karaoke box place, but within half a year the place closed down and he took a series of short-term jobs, at a gas station for a few months, then at a convenience store. And before he knew it he was twenty-three.

It was around that time that he started working in construction. He was considered more of a day laborer than a regular employee, but since the owner of the company was a relative, he earned more than he would have otherwise. He'd been working with this company now for four years. Yuichi liked the irregularity of the work, how they worked in good weather and didn't when it rained.

Fewer and fewer cars passed in front of the park. It had become so quiet that the presence of the young couple two cars ahead of him, who had driven away quite some time ago, still lingered. 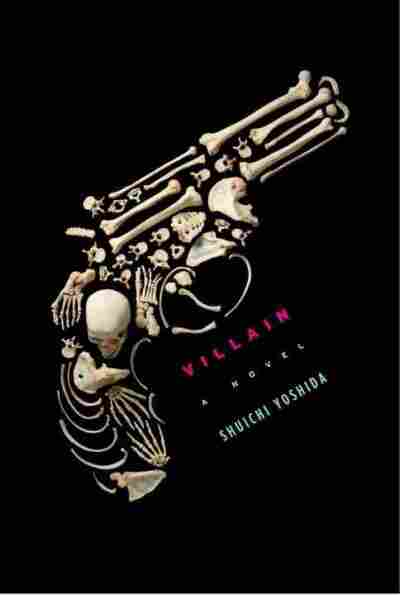 by Shuichi Yoshida and Philip Gabriel