Accessibility links
First Listen: Esperanza Spalding, 'Chamber Music Society' As with all of the jazz bassist and singer's work, there's an ineffable brightness to it: an optimistic attitude, perhaps, or a cheery sensibility. But with a three-piece string section, Spalding's music also takes on a certain sophistication and intimacy. Hear her new album. 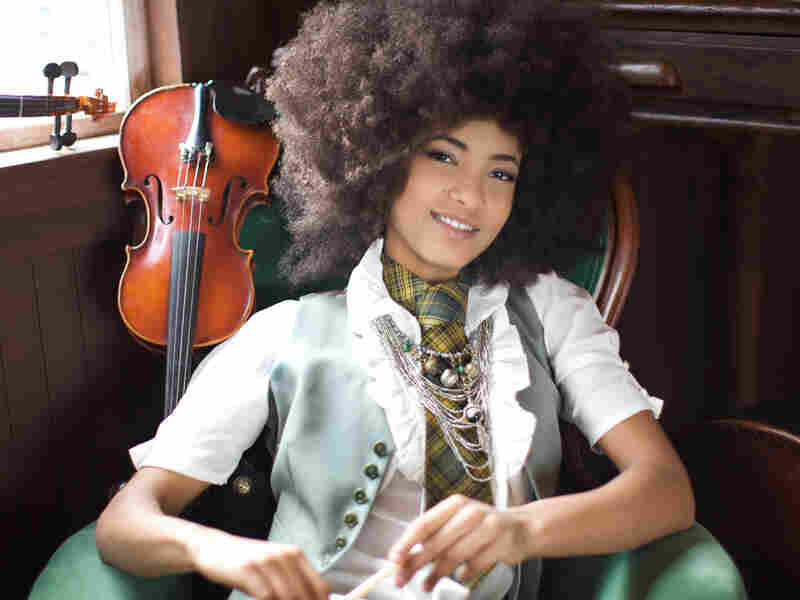 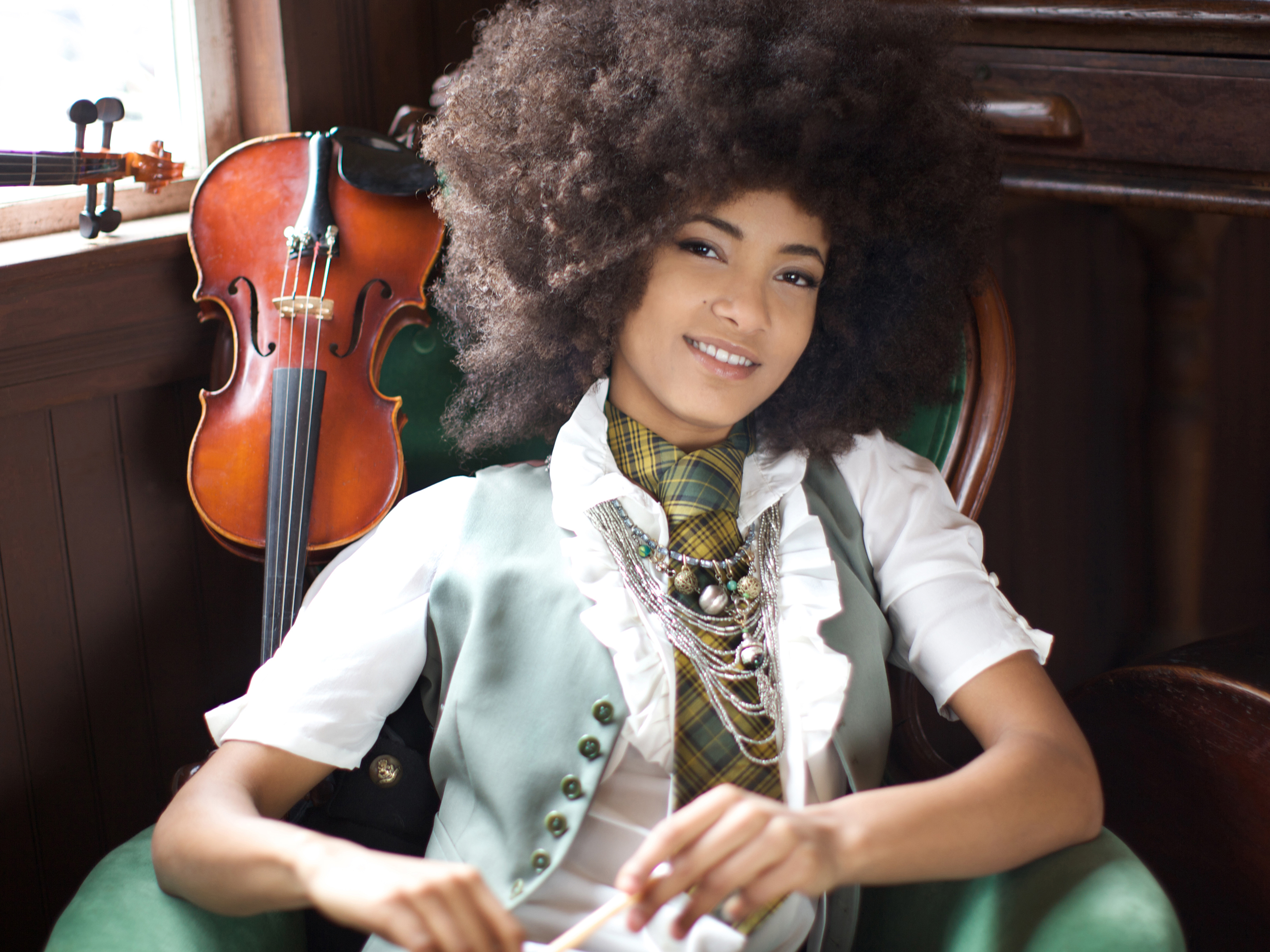 One of the cornerstones of cultural life in the tiny country of Denmark is something Danes call "hygge." It has no exact English translation; the best approximation is "cozy," or "socially comforting." It refers to that feeling of being with close friends, having a sincere conversation over food and drink, perhaps listening to good music.

Jazz bassist and singer Esperanza Spalding may have never heard of this word, but it's more or less what she's after with her new album, Chamber Music Society. The title refers in part to the three-piece string section she's called in for the date, with arrangements from Gil Goldstein. According to Spalding, it also nods to the original idea of chamber music itself: being with a small group of trusted comrades, creating new works. The finished product certainly exudes a level of sophisticated intimacy, as if best experienced with a small gathering in a quiet, wood-paneled room.

It's a bit of a changeup from Spalding, who has made her name by performing with an extroverted stage presence to massive, adoring crowds. She's played with The Roots, with Stevie Wonder, in tribute to Prince on BET. (Indeed, Spalding is issuing another studio album soon called Radio Music Society, her funk-, rock- and hip-hop-infused paean to Top 40 radio.) She's played the White House twice. She also performed when President Obama received the Nobel Peace Prize. She's toured the world several times over, with her own band and backing jazz titans like Joe Lovano and McCoy Tyner. And, yes, she's only 25.

The strings certainly don't constrain the music: Chamber Music Society has its wild, rollicking moments. There's the rhythmic see-saw of "Chacarera," the wordless chant of "What a Friend," the open-throated howl of "Wild Is the Wind." But there are also gorgeous moments afforded by the hum of gut and wood over piano (Leo Genovese), bass and drums (Terri Lyne Carrington). There's the delicate "Little Fly," for strings and voice alone. "Inutil Paisagem" is a vocal duet with her friend Gretchen Parlato, accompanied only by plucked bass. And dig the harmonizing with great singer Milton Nascimento on "Apple Blossom," a sadly sweet original lyric from Spalding.

As with all of Esperanza Spalding's work, there's an ineffable brightness to it: an optimistic attitude, perhaps, or a cheery sensibility even when in a minor key. But it's wonderful to hear Spalding add new sounds to her already formidable repertoire: the strings and the warm, comforting tones they bring. You can hear Chamber Music Society in its entirety until its release on Aug. 17. Please leave your thoughts on the album in the comments section below.