The U.S. Senate by a 63-37 vote on Thursday confirmed Elena Kagan as the nation's 112th Supreme Court justice and its fourth-ever female member –- but, as predicted, with just a handful of votes from Republican senators. 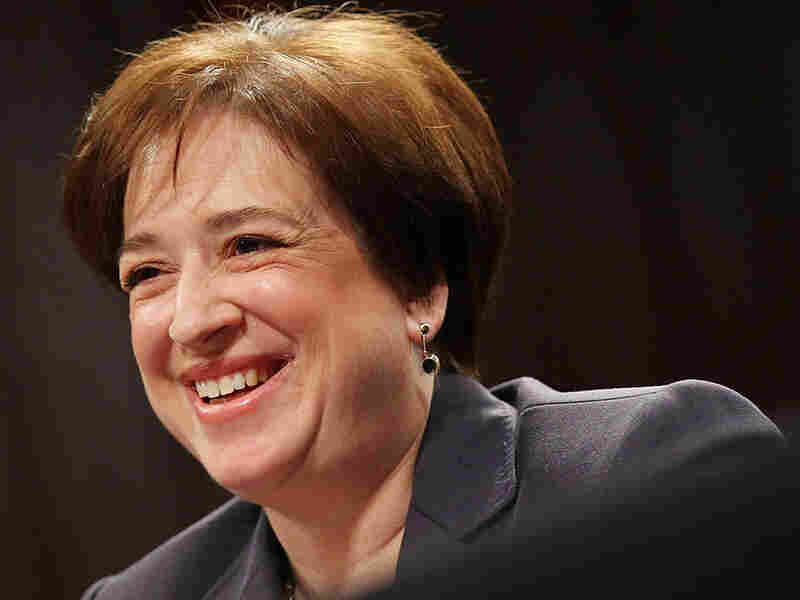 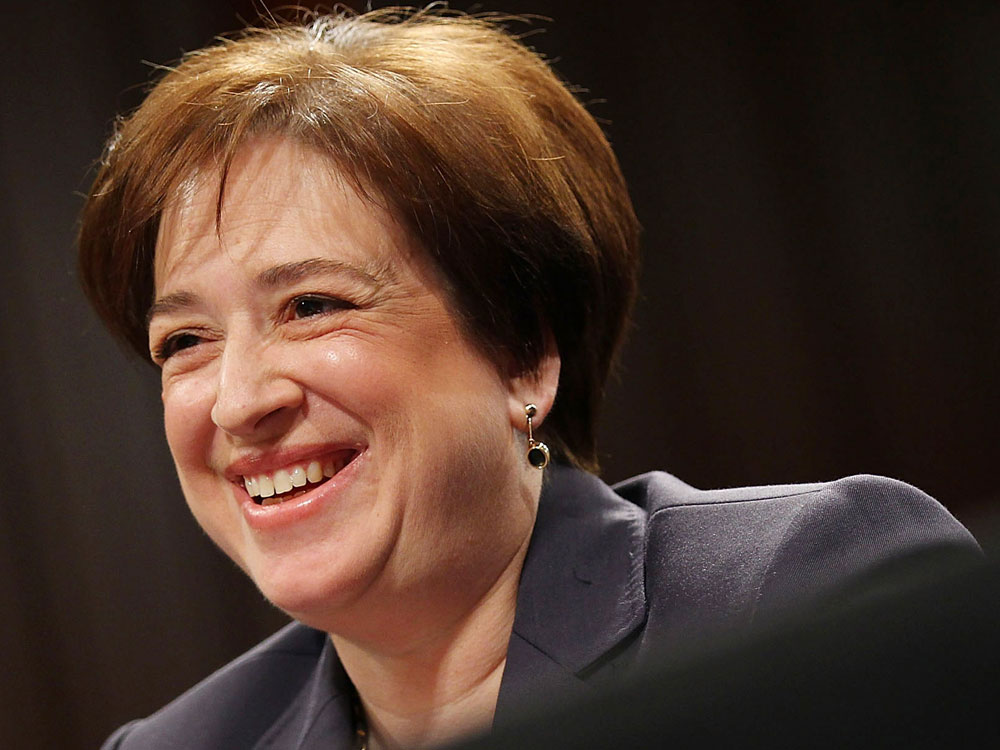 Elena Kagan, during her Supreme Court nomination hearings in June.

Traveling in Chicago, President Obama said Kagan will make an outstanding justice who understands that her rulings affect people. He invited Kagan to the White House on Friday for a ceremony marking her confirmation.

Obama called the vote "an affirmation of her character and her temperament; her open-mindedness and evenhandedness; her determination to hear all sides of every story and consider all possible arguments."

That a former U.S. solicitor general and dean of Harvard Law School would attract just five votes from 41 GOP senators underscores just how much the wrangling over federal court vacancies has come to reflect the nation's growing political divide.

"The nomination process is going to exactly the same place that the general policymaking process is going," says Mark Tushnet, a Harvard Law School professor and author.

"It's been the pattern in U.S. history overall," he says, "and we're just seeing it in this setting."

Kagan, 50, nominated by President Obama to replace retiring liberal Justice John Paul Stevens, was confirmed with those Republican votes and all but one of the 57 Democratic senators. Nebraska Sen. Ben Nelson said he would break with his party over Kagan because of her lack of judicial experience. The Senate's two independents, Joseph Lieberman of Connecticut and Bernie Sanders of Vermont, caucus with the Democrats and voted for Kagan's confirmation.

The existing divide on court nominations is expected to deepen after this fall's midterm election. Republicans appear poised to pick up as many as eight Senate seats.

Court-watchers are already puzzling out how the potential depletion of the Democrats' Senate majority, now at 59-41 (counting the two independents), could affect how Obama fills high court vacancies if any emerge during the last two years of his term.

"If Republicans pick up a significant number of seats, there is potential for President Obama to alter his thinking a bit in picking his next nominee," says GOP strategist Keith Appell, who has been active in judicial appointment battles.

"But there are other variables that have to play out -- including whether the next vacancy is to fill the seat of another liberal, a conservative or Justice Anthony Kennedy, who seems to be a swing vote," Appell says.

"It's going to be exceedingly difficult to get a liberal judicial activist confirmed on the court," he says. "And more contentious if the vacancy is for Kennedy's seat."

He does not predict, however, a move toward a GOP filibuster of Obama's high court nominees, even if the Republicans have larger numbers in the Senate.

"There will be louder calls, and the potential for it, but I don’t think it will happen in the end," he says. "I don’t think Republicans would filibuster, and I don't think it's the right course to take for a judicial nomination."

The Potential For A Bold Move?

Harvard's Tushnet says GOP pickups in the Senate would certainly affect Obama's calculations if he has another high court vacancy. So would the president's public opinion approval ratings at the time. Those could make things interesting.

"It's not hard to imagine circumstances in which it could make political sense for him to pick an openly gay nominee who could rally the Democratic base," he says. 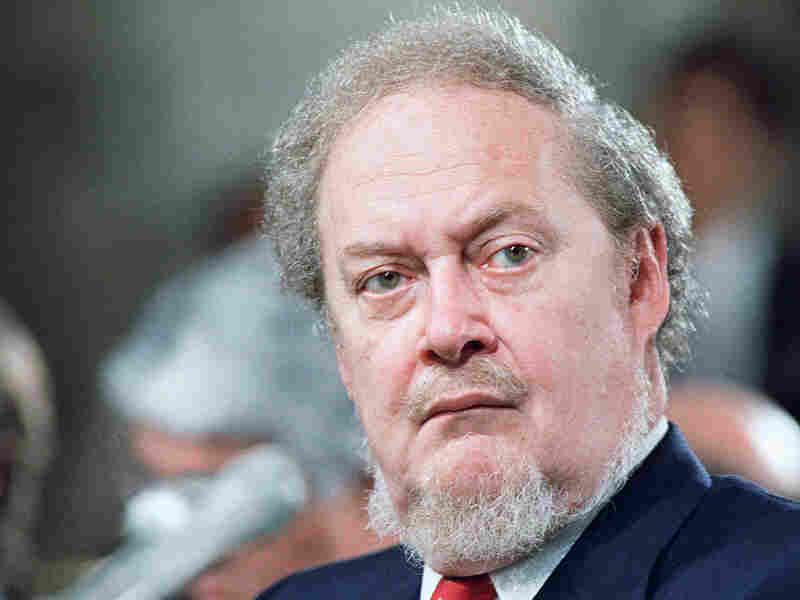 Robert Bork. His nomination to the Supreme Court was rejected by the Senate in 1987. AP Photo hide caption 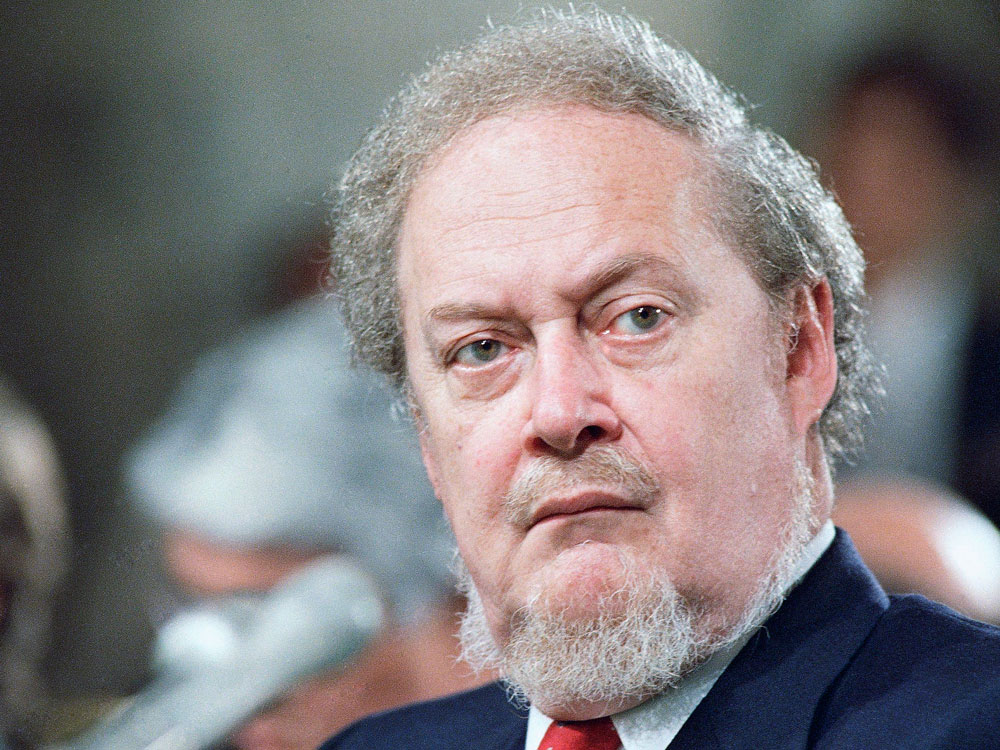 Robert Bork. His nomination to the Supreme Court was rejected by the Senate in 1987.

With the general mood of the country moving toward the sentiment that one's sexual orientation is irrelevant to one's qualifications, opposition by Republicans could make "independent voters uncomfortable," Tushnet theorizes.

If different circumstances present themselves, the president could also reach across the aisle and nominate a moderate Republican -- much as Republican presidents nominated both Stevens and recently retired Justice David Souter, both of whom became reliably liberal high court jurists.

Picking a Republican could minimize what has become a growing imperative to pick young or youngish nominees to guarantee a judicial legacy.

"If the president reaches across the aisle, he might not care if a nominee serves just five or 10 years, and not 20 or 30," Tushnet says.

The Senate has been deeply divided before on high court nominees. In 1986, William Rehnquist (who was already on the court) was confirmed as chief justice by a 65-33 vote. Some senators raised questions about Rehnquist's views on racial issues. In 1968, President Johnson was forced to withdraw his bid to elevate Justice Abe Fortas to chief justice after failing to corral enough votes on the Senate floor. The nomination was plagued by concerns over Fortas' political ties to Johnson.

But the modern wars stem largely from the battle over President Reagan's 1987 nomination of U.S. Appeals Court Judge Robert Bork, who was rejected by the Senate. Forty-two voted for Bork -- including just two Democrats -- and 58 voted against him -- including six of Reagan's fellow Republicans. Among the issues: whether he would push to reverse previous courts' decisions on civil rights. The contentious hearings for future Justice Clarence Thomas in 1991 raised political tensions further.

The passage of the voting and civil rights act in the 1960s signified a turn by the court, he says, away from identifying with "privilege and power" and toward the rights of those without influence.

The battle playing out so dramatically now, he says, is over "two fairly well-developed and opposite judicial philosophies – one using the conservative rhetoric of constitutional originalism and strict construction, and the liberal one of the document being an expansive charter of the rights and liberties of the people."

And both sides see the other as engaging in what now is commonly referred to as "judicial activism," he says.

"We have a deep divide that runs through the country and the court, and that divide on the court now corresponds directly with the appointing president," he says.

As to how Republican gains in the Senate will affect Obama's potential future high court picks?

"It really depends on who those new senators are," Raskin, a Democrat, says, "and what states they represent, because, once elected, they're going to be thinking about how to expand their base."

That was a calculation no doubt made by new Massachusetts Sen. Scott Brown, a Republican elected to the seat held by the late Democratic Sen. Edward Kennedy.

He surprised many when he announced today that he would cast a "no" vote on Kagan.