Accessibility links
As The Drug War Rages On, Will Mexico Surrender? The drug war has dominated President Felipe Calderon's term in office, but despite his declarations to the contrary, there are few signs that he's winning. In Mexico's Congress, there have been calls for the government to give up the drug war entirely and legalize all narcotics. 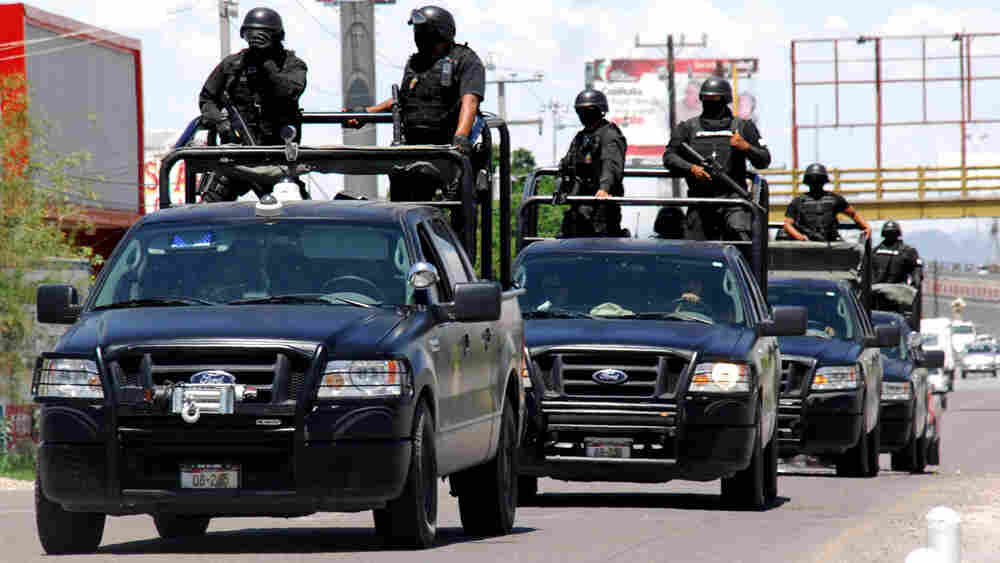 Police officers patrol a street in Torreon, in the northern Mexican state of Coahuila, on July 19 after gunmen interrupted a party there, killing 17 people and injuring at least 18. Ramon Sotomayor/AP hide caption 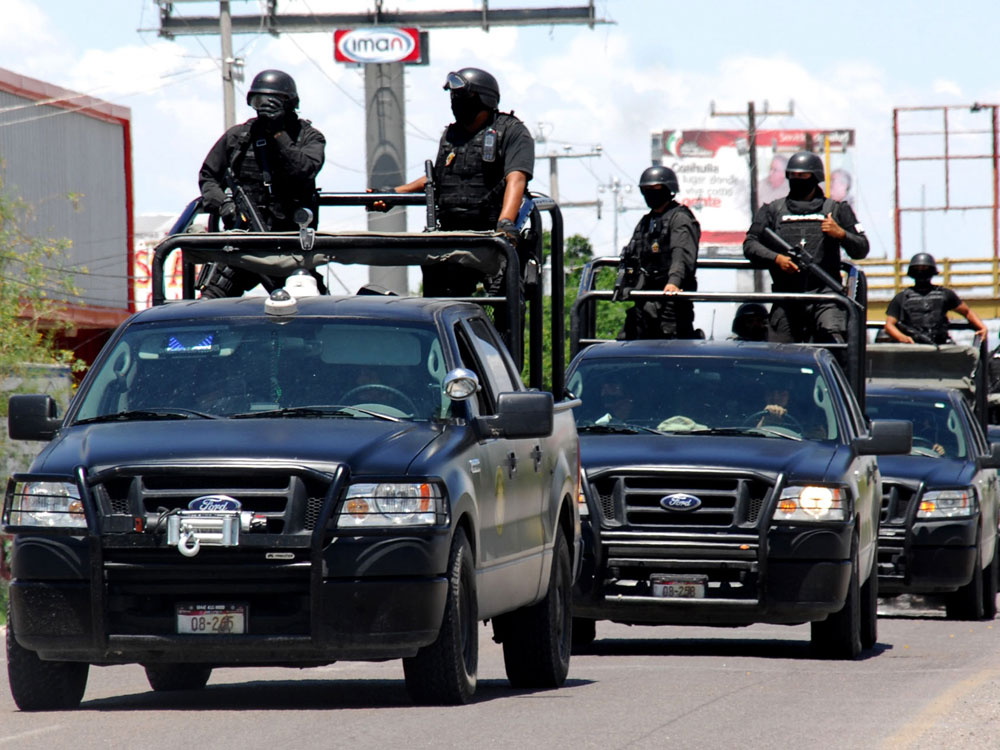 Police officers patrol a street in Torreon, in the northern Mexican state of Coahuila, on July 19 after gunmen interrupted a party there, killing 17 people and injuring at least 18.

Mexico is in the midst of its most violent confrontation with drug traffickers, with an estimated 28,000 people killed since President Felipe Calderon declared war on drug cartels soon after he took office in late 2006.

But drug trafficking has long gone on in Mexico, and for many decades operated under the eye of the government, according to analysts. Mexico changing politics has, in effect, changed the way drug cartels operate.

The capos would pay bribes to local, state and federal officials; in return, the government would turn a blind eye to their activities.

The Institutional Revolutionary Party, or PRI, ruled Mexico for most of the 20th century. After 71 years in power, the party finally lost the presidency in 2000.

From the 1960s through the '80s, organized crime was intertwined with the government, according to Diego Enrique Osorno, a Mexican journalist and author of the recently published history, The Sinaloa Cartel.

"In this period, you have to remember that the PRI had control of everything," Osorno says. The PRI controlled the press, the oil fields, politics and even the narcotics trade.

Osorno obtained the memoires of Miguel Felix Gallardo, the founder of the Guadalajara cartel. "Gallardo viewed himself as essentially a soldier of the PRI," Osorno says. "He worked for the system to maintain order. Back then, the PRI had a monopoly on power."

George Grayson, a professor at the College of William and Mary, says the PRI covertly cut deals with the criminals to allow a particular trafficker to operate in a particular part of Mexico.

"The capos would pay bribes to local, state and federal officials; in return, the government would turn a blind eye to their activities," he says.

Where The Cartels Are

But Mexican drug gangs under the PRI had to follow strict rules. They were supposed to act discreetly, spurn kidnapping, avoid killing civilians and not encroach on another cartel's turf.

"If in fact the cartels broke the rules of the game, the PRI had the capacity to come down on them like a ton of bricks," Grayson says.

A major narcotics trafficker at the time was Pablo Acosta. In the mid-1980s, Acosta controlled smuggling along a swath of the Texas border south of El Paso.

Terrence Poppa, a reporter at the El Paso Herald Post, wrote a biography of Acosta titled Drug Lord to try to explain how the Mexican drug trafficking business worked. What he discovered shocked him.

"It was an organized type of protection that ran all the way to Mexico City, and involved the top layers of government, including the president of Mexico," he says.

Poppa found that the governor's office in Chihuahua state had sold Acosta the right to control drug smuggling around the border area adjacent to the Big Bend area of Texas.

Each month, Poppa says, Acosta paid the local police, military and particular PRI officials a cut of his profits. Those PRI officials in turn sent money each month to their bosses further up the governmental hierarchy.

Amid Mexico's Drug War, A Rush For Bulletproof Cars

"It was a protection set-up. And this is what Pablo Acosta benefited from. And that was how he was able to operate, and all other traffickers in Mexico -- it was like a universal system," Poppa says.

With so many people in government getting bribes, there was little incentive to crack down on the narcotics trade. The PRI's kickback system even encouraged the cartels to expand, Poppa says.

The cartels ramped up their arms smuggling networks. They diversified into legitimate businesses to launder their profits. They recruited special forces soldiers to be their muscle.

Then the PRI lost the presidency in 2000 to Vicente Fox and his National Action Party, or PAN, and Mexico was left with a monster it couldn't control.

Calderon, also of PAN, won election in 2006 and succeeded Fox. Calderon's government is working to crack down on the cartels, but organized crime is fighting back with heavy weapons, grenades and even car bombs.

The offensive has destabilized parts of the country, scared away foreign investment and left thousands dead. And despite the deployment of thousands of federal forces, some of the corrupt structures established under the PRI still exist, analysts say. 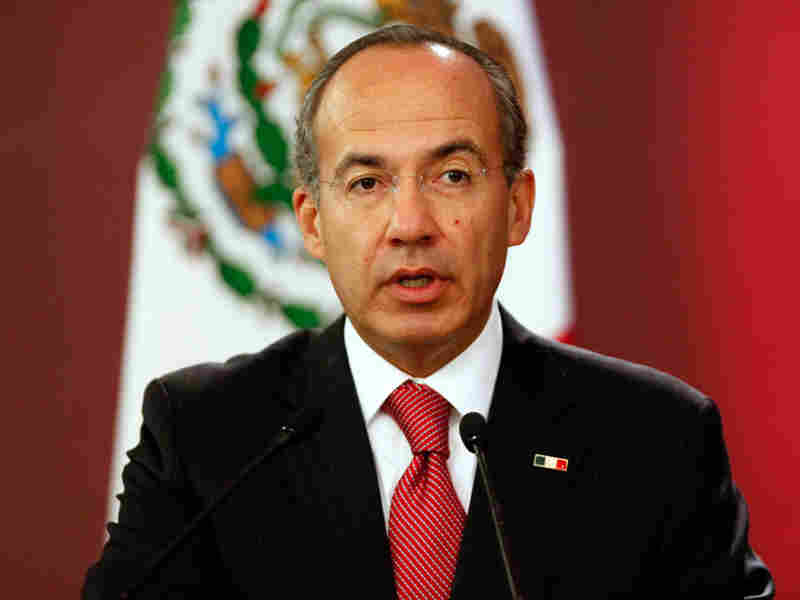 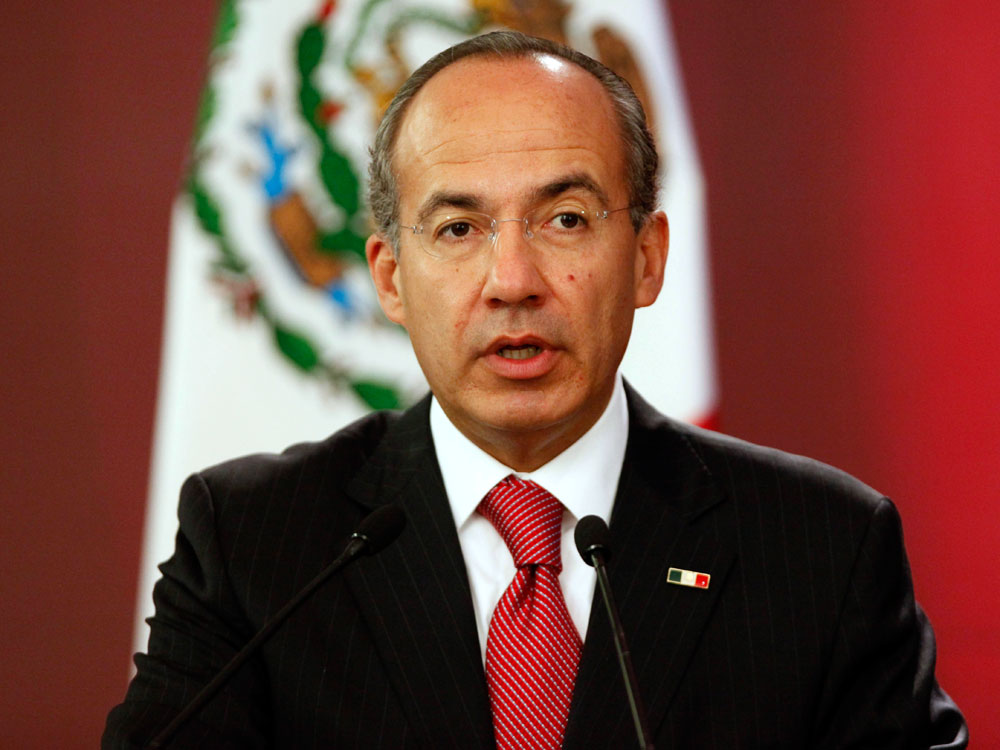 Calderon has blamed the United States and its appetite for cocaine, marijuana and other substances for stoking the conflict through drug consumption. "It's as if our neighbor were the biggest drug addict in the world," he wrote in an editorial printed in Mexican newspapers in June.

In the Mexican Congress, there have been calls for the country to give up the drug war entirely and legalize all narcotics.

Poppa says that if the United States were to decriminalize drugs it would help eliminate the huge profits garnered by the brutal cartels.

"In my view, the best reason for ending drug prohibition is to save Mexico, to save the democracy of Mexico that the Mexican people have struggled so hard to gain," he says.

Ironically, one of the effects of the drug violence has been a resurgence in popularity for the PRI, says Denise Dresser, a political scientist in Mexico City.

The PRI is seeking to shed its past image as corrupt and authoritarian. The party has made gains in recent local elections and is seeking to regain the presidency in 2012. It has promised it can manage the cartels far better than Calderon.

"It's as if the Communist Party were resurgent in Russia. We're witnessing, in many ways, the return of an authoritarian party that governed Mexico for 71 years," Dresser says.

The drug war has dominated Calderon's term in office, but despite his declarations to the contrary, there are few signs that he's winning.

Whoever wins the 2012 elections is expected to take a new approach toward the cartels. Many voters may even hope for a return to the days when the PRI let organized crime run drugs unfettered up to the U.S. border, but kept the violence off the streets.