Accessibility links
Candied Corpses, And 87 Other Ancient Innovations Classical Greeks and Romans dreamed up some fantastic inventions — including an analog computer to track the sun, and amphitheater surround sound (of sorts). Historian Vicki Leon discusses these innovations and more in her new book, How to Mellify a Corpse: And Other Human Stories of Ancient Science & Superstition. 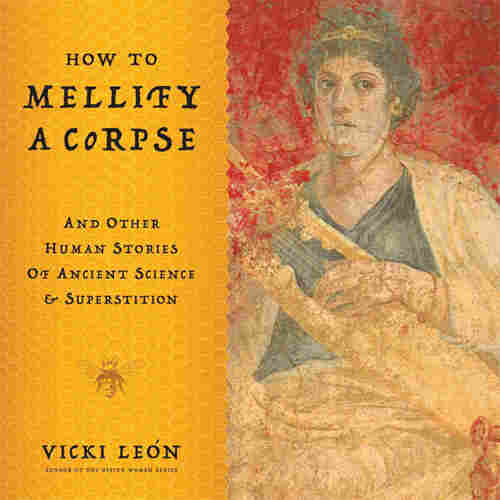 Who knew Alexander the Great was such a sweet guy? Before the Macedonian conqueror passed away, he left detailed funeral instructions, including -- among other things -- that he be embalmed in honey through a process known as "mellification."

This is just one of the tidbits included in classical historian Vicki Leon's new book, How to Mellify a Corpse: And Other Human Stories of Ancient Science & Superstition. Leon chronicles 88 tales of Greek genius and Roman know-how, exploring the many remedies, precautions and inventions classical people dreamed up in order to make life a little easier.

As it turns out, some of those remedies have serious staying power. Take mellification, for example: "It preserves tissue very well, and in fact has some particular uses and benefits for burn victims," Leon tells NPR's Liane Hansen.

The ancients came up with countless ways to use honey -- Leon says that the Egyptians had at least 900 remedies involving the sticky stuff. And since Greeks and Romans had no qualms with stealing the recipes of their neighbors to the south, "they had a number of them as well."

These included the method of using "mad honey" to vanquish enemies. As Leon explains, "When bees gather nectar for honey, if they happen to be in an area where there are laurel and rhododendron, the nectar -- the honey -- is somewhat toxic." This "mad honey" has an intoxicating effect on anyone unfortunate enough to ingest it.

Several Greek armies, she says, were felled after mistakenly chowing down on the mad honey that enemies had planted in their paths.

'Mac Of The Millennium'

Greek innovation, of course, wasn't all honey-related. In her book, Leon writes about what she calls the "Mac of the Millennium": an analog computer crafted by ancient Greeks in the second century B.C.E. "When it was first discovered," says Leon, "it just looked like a corroded lump of bronze and something else." Archaeologists had no idea what the object was meant to do.

Now, though, the mystery has been solved. The structure -- called Antikythera, after the island on which it was found -- "has all these layers of intricately meshed gears, and the point of it was to mimic the movements of the planets and the stars and the sun," says Leon.

The cycles Antikythera measured are movements still monitored by astronomers, such as the Saros cycle, which predicts both solar and lunar eclipses, which were "a big deal in the ancient world," Leon says. 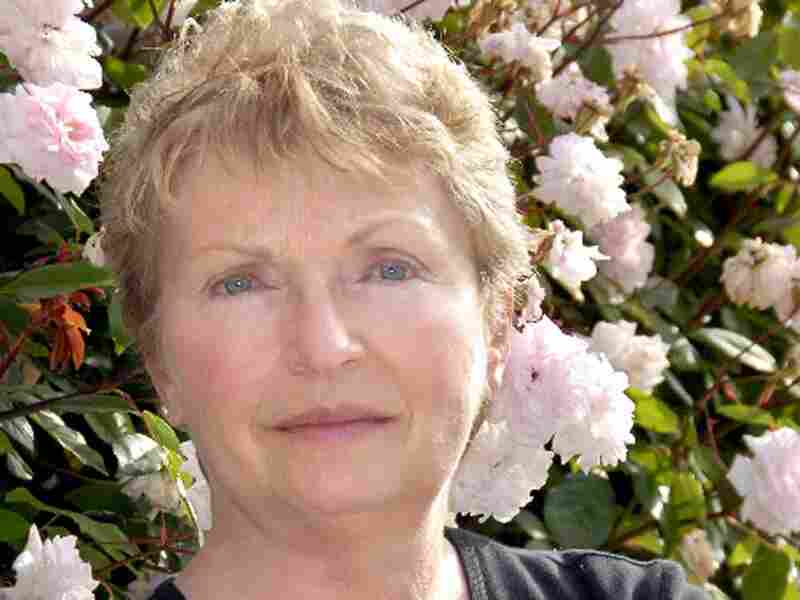 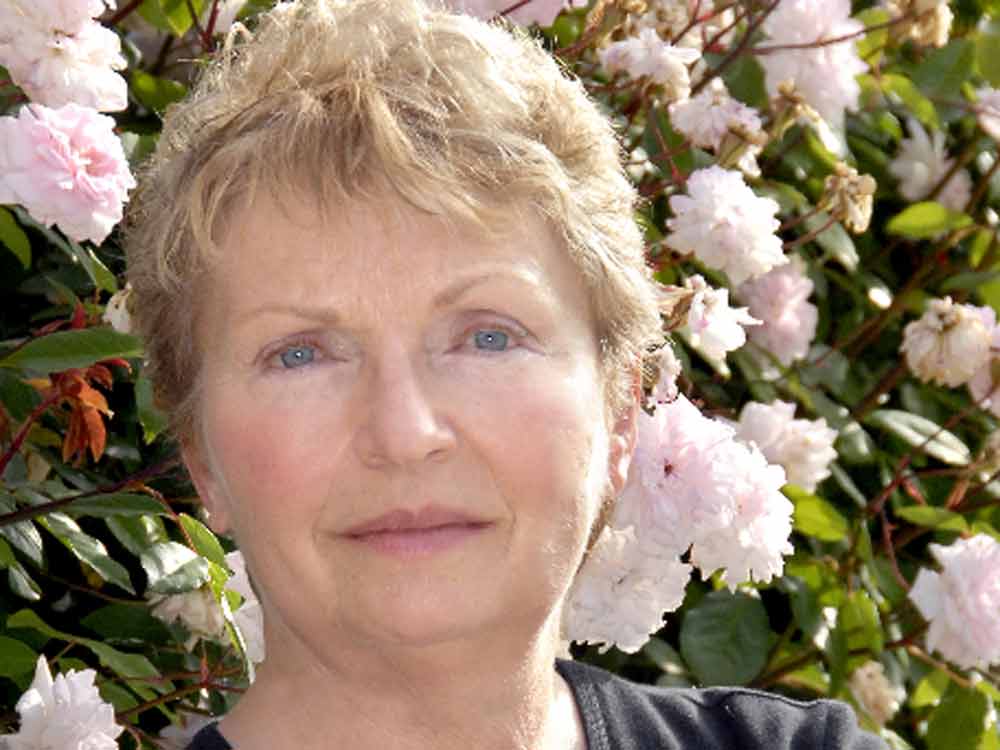 Historian Vicki Leon has also written several nonfiction books for children, including A Raft of Sea Otters and three titles in the Outrageous Women series.

Leon also discusses Greek amphitheaters, which were designed so that even patrons sitting in the last rows could hear what was being said onstage. Creating such good acoustics began with finding the proper site for a stage -- Leon says the Greeks favored hillsides so that they could more easily achieve a bowl shape for their theaters. "They also took into consideration how the winds blew," she adds.

But the innovations didn't end there. Leon describes how researchers recently studied the open air theater at Epidavros and found that its smooth stone seats are topped with marble and "corrugated on the vertical."

That corrugation is much more than an aesthetic choice. "The corrugation acted as a kind of baffle for the sound," explains Leon, "and it blocked the low-frequency sounds, like the crowd murmurs and so on. And it transmitted the higher frequency sounds -- specifically, the voices of the chorus and the actors."

Leon hopes that her book will "illuminate those unsung men and women of long ago -- in this case, the men and women of science who also believed, in some cases very firmly, in any number of superstitions." People, in other words, who greatly resemble their 21st-century counterparts.

"I believe that we are a great deal more like them than we probably want to believe or know," she says, "and that's one of the reasons I adore this kind of research."

Excerpt: 'How To Mellify A Corpse'

Even in his lifetime, he was called a miracle man and god-like. Awestruck groupies tried to sneak peeks at Pythagoras' supposedly golden thighs, a sure sign of divinity. After his death, rumors flew that his mother, Phythais, had hooked up with the god Apollo to produce her offspring. Alive or dead, the vibe around philosopher-teacher Pythagoras was celebrity-frenetic. (Like so much else, Greeks invented frenzy and its spinoff, frenetic; they come from phrenitis, "madness" or "delirium of the brain.")

Born around 582 B.C. on Samos, the son of a gem engraver, Pythagoras soon vagabonded off to Egypt, Persia, and other sites of esoteric learning, studying with sages, gathering secret lore, and getting initiated into mystery religions such as Greek Orphism.

Like the followers of Orphism, Pythagoras came to believe in reincarnation and the transmigration of souls. (Truth be told, at times he could be a real snooze, prattling on about his former lives as a fisherman and one of Jason's Argonauts.)

He moved to Crotona in southern Italy to found his philosophical school. His teachings and charismatic personality soon attracted hundreds of followers -- and he made a special effort to encourage the participation of women, who were traditionally left out of such opportunities.

The founder ran his school on a two-tiered system. In the three-year "Pythagoras lite" program, participants only got to hear lectures. In contrast, the mathematics students endured a five-year probation and vow of silence, their property meanwhile managed by Pythagorean officials. At the end of probation, disgruntled students, if any, got their assets back plus interest, the world's first (maybe only) philosophical guarantee.

The regimen was strenuous. Besides the study of numbers, geometry, philosophy, and holistic medicine, everyone took part in group exercise and ate a vegetarian diet. Pythagoras had his contradictions. Big on nutrition and an avowed vegetarian, he also coached an Olympics winner by putting him on an all-meat diet. He also bragged about his knack of communicating with animals wild and tame, including an ox he once persuaded to swear off green beans for life. (A hint of what was to come? Perhaps.)

On many issues, he took unusual stands compared to other teachers. He was for ethics in business, against abortion and suicide. Conservative when it came to sexuality, Pythagoras insisted on minimal hanky-panky among his flock. Coitus was for procreative purposes only; his advice was to take up the lyre or take a cold shower. Despite his hard line on sex for other people, Pythagoras fell for a local teen named Theano and married her when he was fifty-six. In short order, they began producing a houseful of young Pythagoreans.

The man wrote copiously, although nothing remains that can be securely attributed to him except for a few sayings. As teacher and mentor, Pythagoras displayed a rational and compassionate mind, which makes it even harder to understand his Great Bean Taboo.

Long before Pythagoras, beans were viewed as magical. Taking beans to an auction was thought lucky; soothsayers put beans and salt in front of their customers before divining; legumes were offered to the dead at certain Roman festivals. But beans were also condemned as unlucky; finding a white bean or smelling the blossom of a broad bean was a sign of imminent death.

When Pythagoras announced to his flock his own ban on the fava bean, he gave at least five reasons for abstaining. "Beans produce flatulence and interfere with the clear functioning of body and mind," he said. After that, the logic started to unravel. "Beans make women sterile," he proclaimed. "Oh, and they look like genitals. Or the gates of hell."

Reason number five, however, was the sublime head-scratcher. At the beginning of the world, Pythagoras taught, men and women sprouted from the same putrefaction. "Eating a bean, then, is like eating the head of your parents," he asserted. "Crush a bean with your teeth and put it in the sun for a while. When you return, you'll find that it smells just like a murdered man."

Imaginative and puzzling claims indeed, from the same thinker who reputedly revealed the secrets of the hypotenuse.

What was at the heart of his beans-are-murder taboo? One clue has emerged from modern research. Scientists now know that the red blood cells of certain individuals lack an enzyme, G6PD, needed to break down a substance in fava beans called peptide glutathione. People who are G6PD-deficient may get dire reactions to bean pods and even to the plant's pollen, ranging from hemolytic anemia to jaundice, high fever, and death. Pythagoras, it's hypothesized, may have been a secret sufferer of favism.

There are still other chapters being written in the fava bean saga. Some years ago, researchers in Africa uncovered a relationship between sickle-cell anemia and malaria, showing how people who carried one gene for sickle cell (and were largely healthy, as opposed to people who had two such genes and developed severe disease) were more resistant to malaria, endemic in the same regions. Exciting research on G6PD deficiency now hints that this condition, like carrying a gene for sickle-cell anemia, may have survival value against malaria.

For millennia around the southern Mediterranean, consumers of fava beans, including those who have a negative response to them (an inherited trait genetically passed through females), have also lived in mosquito-infested, malaria-prone areas. The negative impact of having G6PD deficiency may be offset by the positive value of enhanced protection against the greater of two evils, malaria.

Oh, and the final irony of Pythagoras' bean ban? Centuries after Pythagoras' death, a number of his more fanatical followers honored the taboo assiduously, to the point of sacrificing their lives rather than tread on fava bean plants. Unlike Pythagoras, chances are good that none of them even had favism.

Excerpted from How to Mellify A Corpse: And Other Human Stories of Ancient Science & Superstition by Vicki Leon. Copyright 2010 by Vicki Leon. Excerpted by permission of Walker & Company. 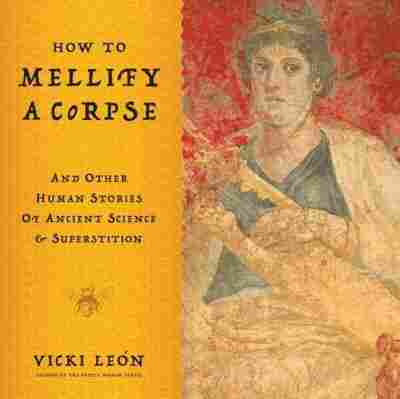 How to Mellify a Corpse

And Other Human Stories of Ancient Science & Superstition