There's a movement afoot aimed at changing the way we eat one day a week.

The Meatless Monday campaign is backed by public health advocates, chefs and suburban moms who want to tackle the problems of cholesterol and heart disease. One risk factor for these chronic conditions is consuming too much saturated fat -- the type of fat found in meat. 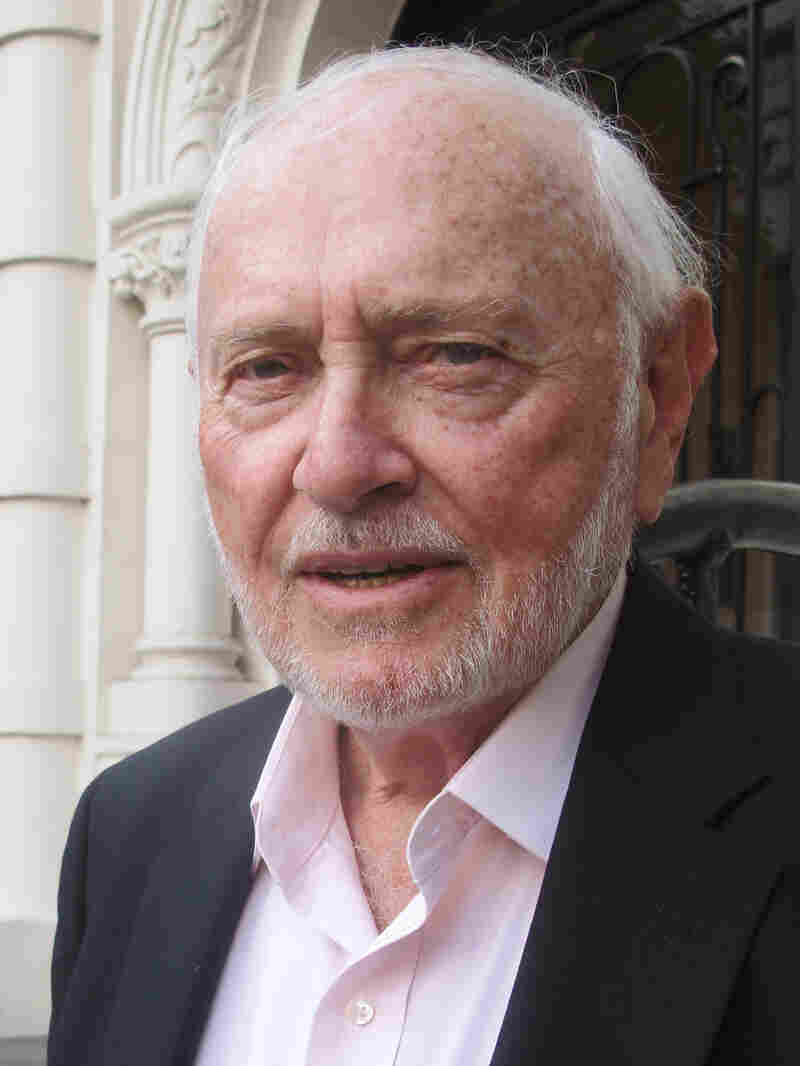 Sid Lerner, 79, learned the art of persuasion during his 50-year advertising career on Madison Avenue. One of the most successful campaigns he ever worked on was the "Squeeze the Charmin" campaign. In the commercials, grocery shoppers can't keep their hands off the irresistibly soft Charmin toilet paper.

Lerner has a good laugh thinking back to those commercials. Making something dull seem irresistible was a leap, but he says he basically faces the same challenge selling the concept of Meatless Monday. He has to turn the mundane idea of "moderation" into something irresistible.

Playing On The Rhythm Of The Week

Lerner says the campaign uses the rhythm of the week to its advantage: Friday is payday, Saturday is play day, Sunday is pray day.

It's ripe for change, he says. He wants people to cut back on saturated fat by eating three meatless meals on Mondays.

He's started his own nonprofit and has a few employees who spend their days blending social media and Madison Avenue technique to spread the word. Lerner raises money from foundations and collaborates with health experts.

To help make the message exciting, he's trying to bring top chefs into the fold. Wolfgang Puck and Mario Batali have both endorsed the concept, offering some Meatless Monday options. And simultaneously, Paul McCartney has pushed Meat Free Monday in England.

"How do you make moderation sexy, fun and doable without being a nag or a nanny?" Lerner asks on his way to Dovetail, a swanky restaurant on the Upper West Side of New York City.

Dovetail is run by rising-star chef John Fraser, who is backing the Meatless Monday movement and cooking up a whole meatless menu of vegetarian options each Monday.

The dining room was packed.

"I just had the tempura with curry -- it was unreal," says Sarah Post, who's dining with her fiance and another couple.

They started their meal with a chilled sweet pea soup. Post says that while she's not a vegetarian, she likes to eat healthy. And she's open to the concept of cutting back once a week -- though she didn't commit on the spot.

Lerner says the goal is to have people change their eating habits incrementally -- and not feel as if they're giving up anything. The diners at Dovetail, he says, are proof that going meat-free one day a week doesn't take people out of their comfort zones. Yet it may raise their awareness about how much animal fat they normally consume.

Lerner still eats meat and enjoys it. But his wake-up call came about a decade ago. His doctor told him that his cholesterol and blood pressure were way too high, and his diet was a big part of it. His father had died of heart disease, and when he looked around, he saw these lifestyle diseases everywhere.

When Lerner researched the numbers on just how much meat Americans were really consuming, he was surprised. Back in 1950, when Lerner was a young man, the norm was about 2.8 pounds of meat a week. Jump forward to 2006, and consumption increased about 50 percent. Meat isn't the only source of saturated fat, and there are plenty of lean cuts of meat. But overall, Lerner says it just seemed like way too much.

"You know, I always think of the steaks I used to eat," says Lerner recalling big rib eyes or sirloins that took up two-thirds of the plate. "I think a lot of it was status." Now, he eats meat more like a condiment in his diet.

Not Just For Foodies

The last thing Lerner wants is for Meatless Monday to become a campaign of food elitists in New York City. So, through a partnership with the Johns Hopkins School of Public Health, he's reached out to institutional dining faculties -- from hospitals to school cafeterias. This will be the second year that some 80,000 Baltimore school kids will dine meat-free in their cafeterias on Mondays. And it's moved beyond Baltimore.

"The movement is just spreading like wildfire," says Karen Campbell, who directs wellness programs at Northern Kentucky University. She's helped bring Meatless Monday to her school and several restaurants in her town.

Campus dining halls from the University of California-Davis to Yale University have come on board, too.

It's not always the "heart health" message that motivates college kids and young professionals.

"To be conscientious at this age about our Earth and our environment is really important to us," says John Brummer, who was dining at Dovetail

A lot of consumers have lots of questions: Where is my meat coming from? How was it raised? And what is the impact on the ecosystem?

"One of the biggest advantages of cutting back on meat consumption is the reduction in the water demand," says environmentalist Peter Gleick of the Pacific Institute. 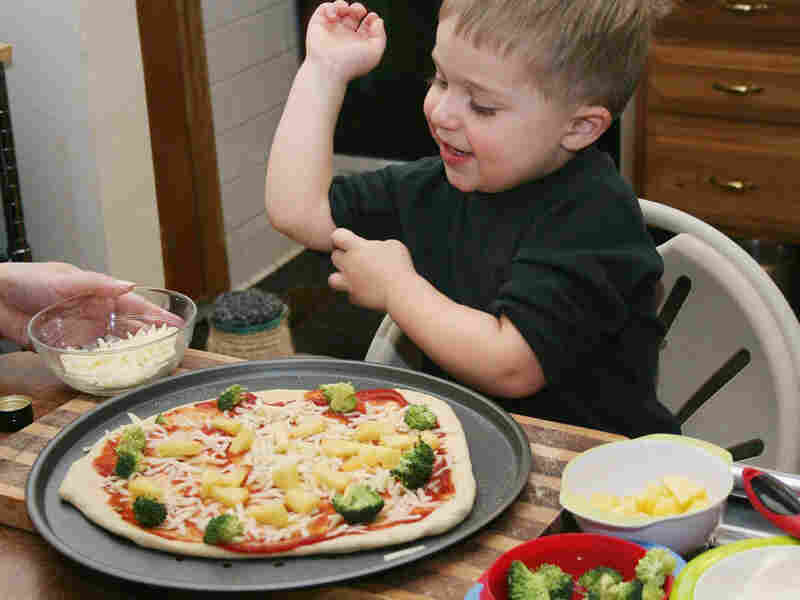 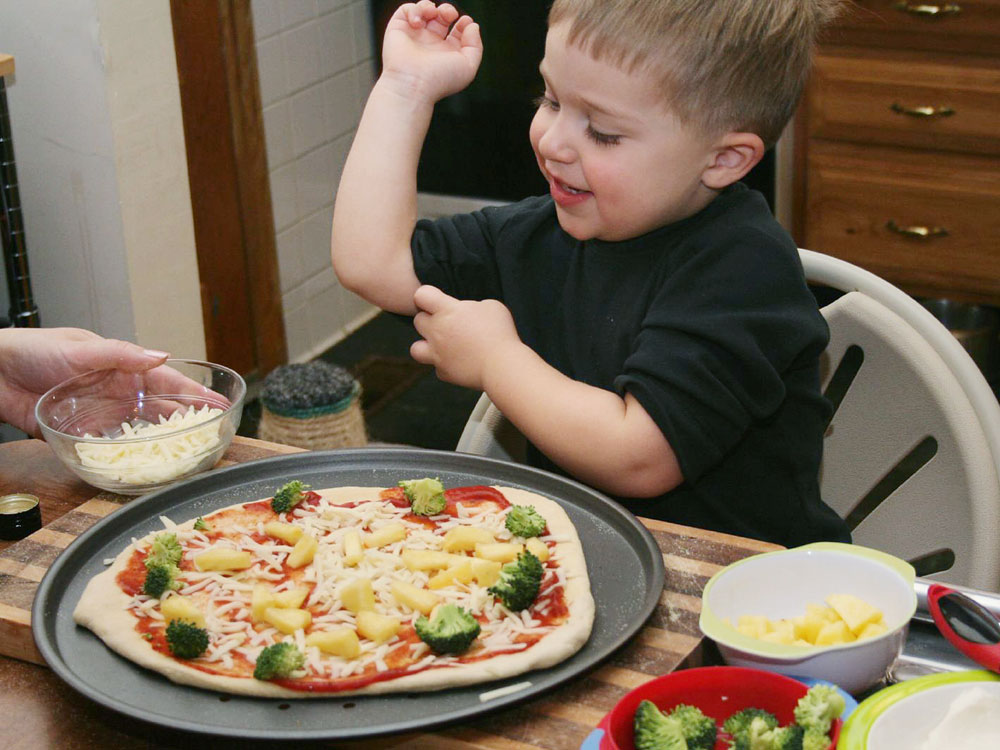 Gleick says people are shocked when they realize how much water it takes to grow the grain needed to feed cows to produce 1 ton of beef.

"It takes 140,000 bathtubs full of water -- that's millions and millions of gallons," Gleick says. And it's not something people consider when they try to imagine their "water footprint."

It's these kinds of sustainability issues that first attracted Colleen Levine to the Meatless Monday movement. She now cooks meatless meals in her home each Monday -- and she writes a mommy food blog called Foodie Tots.

"I was vegetarian for a couple years in college," says Levine. But she says she tended to rely a little too much on pasta.

This time around, she's a lot more creative. With two children and a not-psyched-about-tofu husband, she's adapted lots of recipes using grains such as quinoa and lots of beans. On her menu Monday night: stuffed zucchini boats and panzanella.

"No one wants to cook a big, elaborate meal on Monday after work," says Levine. "So this is a good way to start the week on a healthy note."

She's also noticed that most of her meatless recipes take a little less time to prepare -- and cost a little less. Especially if she's swapping meat for beans.

Like any good ad man, Sid Lerner takes time to measure his success. He got a question put into a public opinion survey recently, and he found that about 20 percent of people had heard about the concept of Meatless Monday. 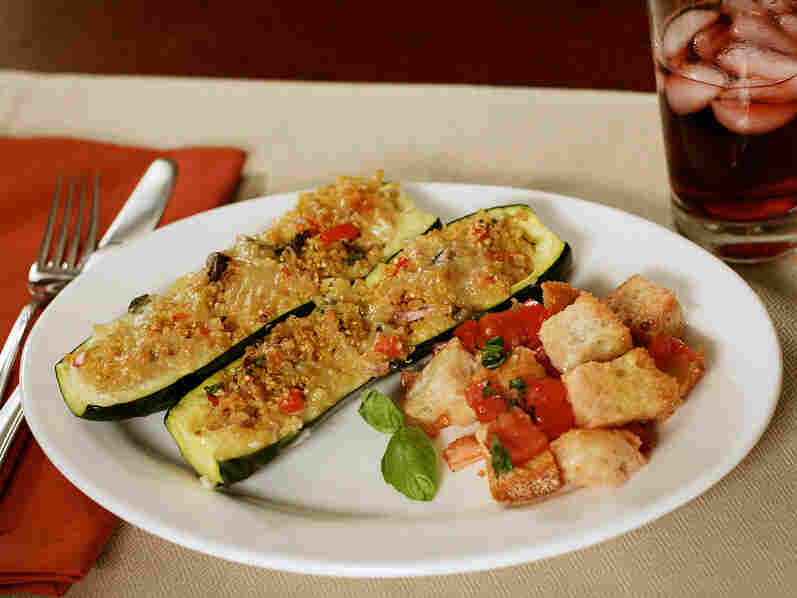 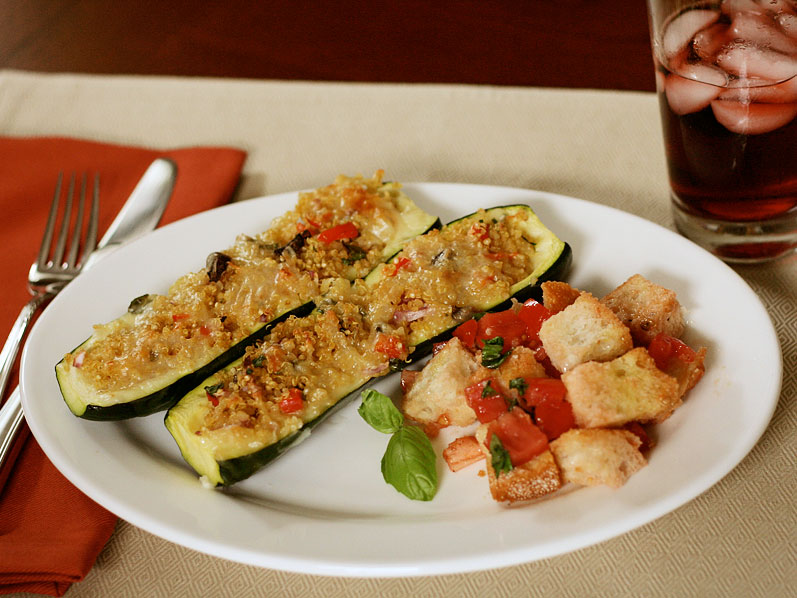 For Meatless Monday devotee Colleen Levine, Quinoa-Stuffed Zucchini Boats are on the menu for Monday night.

But the meat industry does not think this is a trend.

"I'm not so sure that it's taking off among the general population," says Janet Riley, vice president of the meat and poultry trade group American Meat Institute.

"It seems if you're concerned about people's health, you'd want to have a Vegetable Tuesday or Whole Grains Wednesday. But now, we're telling people to give up meat, and that's unfortunate," says Riley. She says she suspects that this movement is being pushed by people who care more about animal rights than human nutrition.

Lerner says he can't see how his one-day-a-week campaign is a threat. He does still eat meat, after all. So far, he says he's really surprised by how many people are paying attention. But then again, he never expected to sell so much Charmin, either.