Accessibility links
Economists Question Keynes-Inspired Stimulus Some economists call the Obama administration's stimulus package the first real test of Keynesian economics, but a year-and-a-half out, there is still debate about whether it worked. 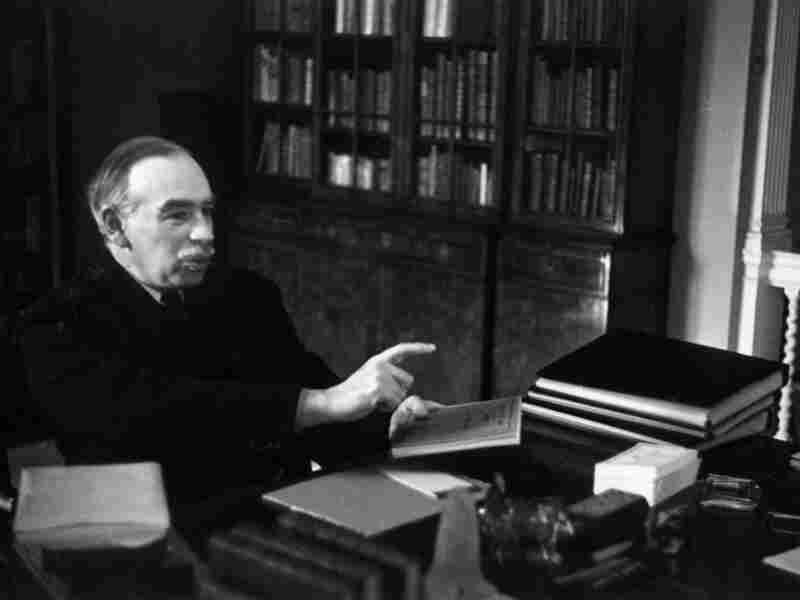 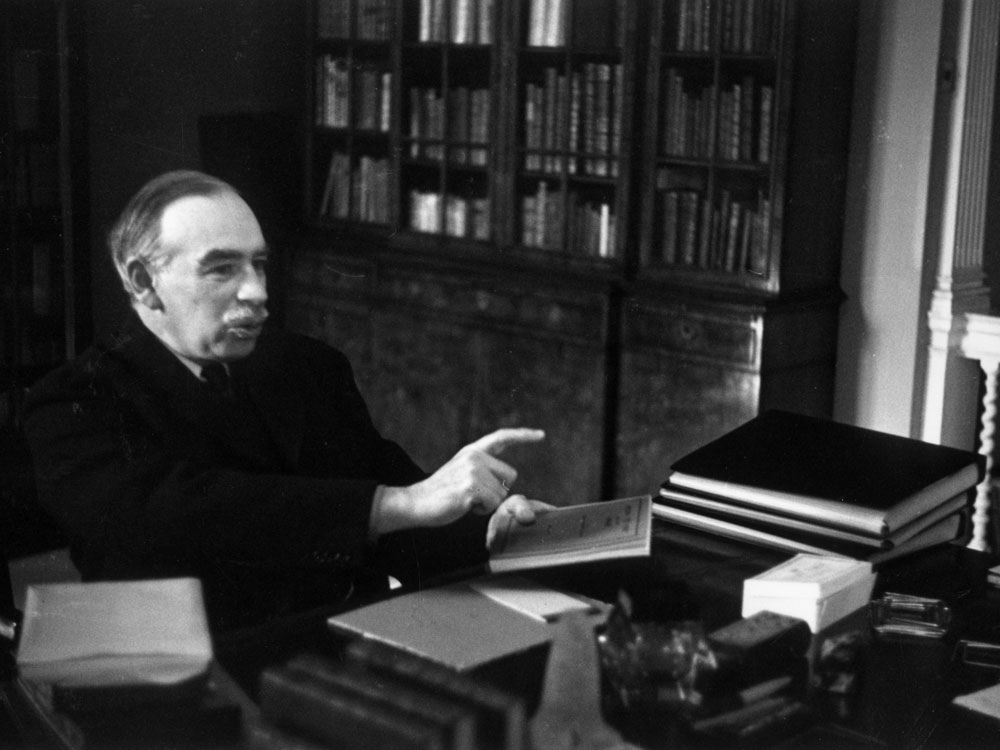 John Maynard Keynes, considered the father of modern macroeconomics, sits at his desk in London in 1940. Economists call the Obama administration's stimulus package the first real test of Keynesian economics, but long-term benefits of Keynes' theory are still up for debate.

In the heat of the financial crisis, the coming recession looked so bad that the Obama administration decided to test out the advice of a man who had been dead for over 60 years -- the economist John Maynard Keynes.

Keynes' idea, radical when he proposed it, was that a government could pull a country out of a deep recession by spending money -- a lot of money. Congress followed Keynes' advice. In February 2009, it passed a $787 billion stimulus bill.

Now, economists don't often get a chance to test an idea of this magnitude -- an idea that goes to the heart of how economies work and the nature of recessions. But here it was: an accidental experiment.

"Near perfect," said economist Tyler Cowen at the time. "I view this … as the first test of Keynesian fiscal policy as a formula for getting out of a depression. The very first test."

(Keynes' ideas also inspired Franklin D. Roosevelt's New Deal after the Great Depression, but some felt that stimulus was too small to really test the idea.)

Cowen, a professor at George Mason University, opposed the stimulus at the time. But he said to call him back in a year-and-a-half. He said if the economy recovers, "I would take that as serious evidence that I was wrong. I don't think it will happen, but I would take it seriously."

So, a year-and-a-half has passed. Has Cowen converted to Keynesianism? No.

"If you just look at the actual outcome, I would say what we did didn't work," he says.

The economy has been growing for about a year, but unemployment is still high, and Cowen worries things might be turning down again -- a double-dip recession.

"Stimulus, for sure it works in the short run," he says. "The thing is, what happens when you pull the stimulus away? If you simply slide back to where you were, all you've done is postpone that process of adjustment. So I view it is a short-term fix that had some stabilizing properties but didn't really turn the economy around."

And that was Keynes' idea: That government spending can turn the economy around. Keynes believed that recessions often went on longer than they needed to because people and businesses were too anxious to spend. That's why the government needed to borrow the money from them, and spend it for them.

If you think of the economy like a car, Keynes argued that it can stall out for long periods. But government spending can restart the engine.

And there are still plenty of Keynesians around. Mark Zandi, chief economist with Moody's Analytics, declares the stimulus a success: "I don't think it's a coincidence that the recession ended about this time last year when the stimulus was providing its maximum economic benefit. So it achieved its principle objective: to arrest the recession and jump-start an economic recovery."

Zandi recently wrote a paper with another economist, Alan Blinder, called "How the Great Recession Was Brought to an End." They argue that the stimulus played an important role and describe the results of an economic computer model that suggests that the stimulus added or saved almost 2.7 million jobs.

Zandi says we will pay a penalty down the road.

"This costs us dearly. If you add up all of the stimulus that we provided to the economy, it was $1 trillion, or roughly $1 trillion," he says. "I mean, that's very, very costly -- and we're going to have to pay for it."

Pay for it by raising taxes or cutting spending -- both of which could slow the economy.

And this really is the crux of the debate. Zandi and Cowen agree that stimulus can help in the short run, and that it hurts down the road. The question is: Which is larger?

Zandi and Cowen both say they are open to being proved wrong.

Zandi says if the government debt incurred by the stimulus really weighs on the economy for a long time, he might revise his views.

Cowen says if the economy makes a very strong recovery, he would also have to do some soul searching.