Accessibility links
Shrimp On Prozac Are None Too Cheerful Nearly 1 in 10 Americans takes some kind of antidepressant. A lot of those medications end up in the water supply, where they can have an unfortunate effect on some kinds of shrimp. 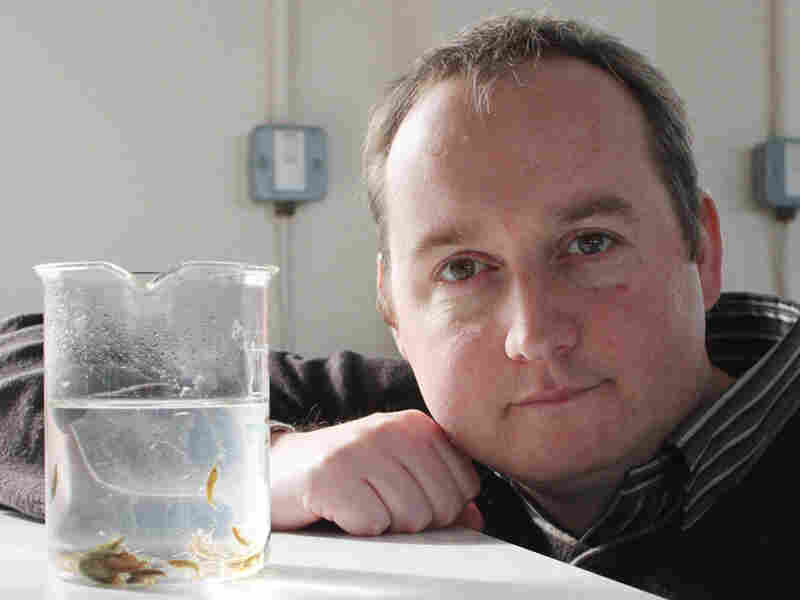 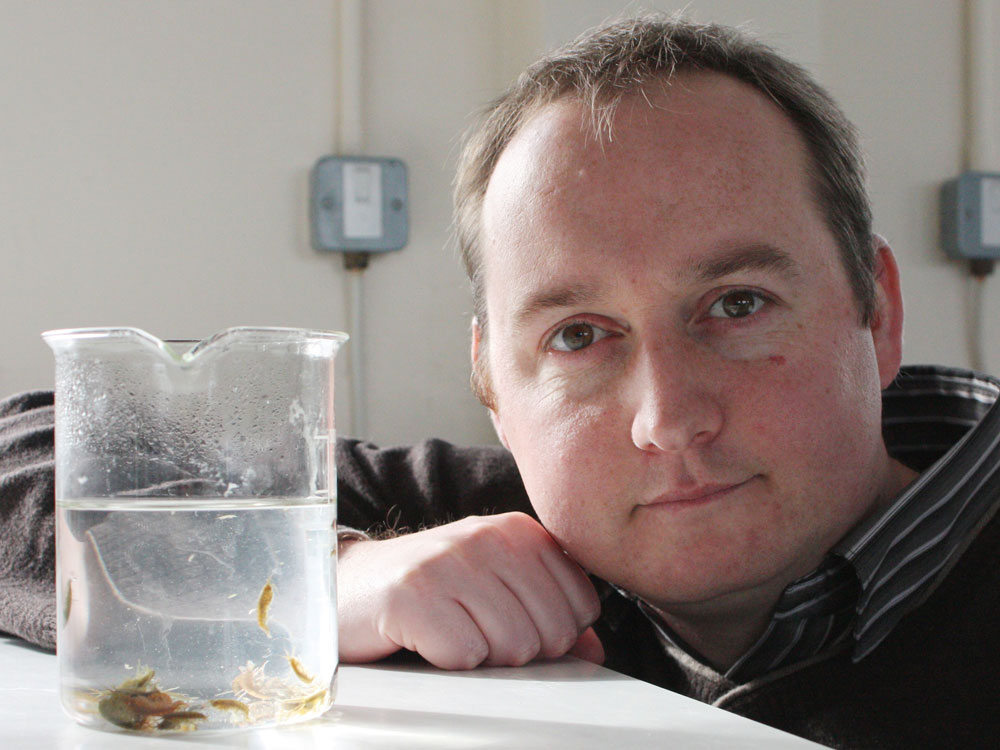 Alex Ford, of the University of Portsmouth, shows off one of his research subjects.

Think about all the bottles in your medicine cabinet -- things you take every day, like aspirin, antihistamines, prescription drugs. What happens to those medications once they leave your body?

Eventually, they end up in our water supply, where they can have unfortunate effects on wildlife. Birth control, for example, is known to disrupt the development of frogs and alligators.

Now, scientists say Prozac in the water is affecting certain kinds of shrimp. No, the antidepressant doesn't make them calm and cheerful. In fact, these shrimp, when exposed to Prozac, may be more likely to put themselves in mortal danger.

Alex Ford, a senior lecturer in marine biology at the University of Portsmouth in England, tells NPR's Guy Raz that shrimp may not have much in the way of consciousness, but they do have a simple nervous system. Like humans, they rely on the hormone serotonin to regulate a lot of body functions. When a drug like Prozac bumps up a shrimp's serotonin levels, the crustacean is much more likely to abandon shadowy, safe waters and swim toward the light, where it makes a tempting target for predators.

It turns out that Prozac mimics the action of a parasite that infests shrimp. "And what the parasite did," Ford says, "is it makes the shrimp swim toward the light, because the parasite needs to be inside another organism to complete its life cycle."

"We bought the chemical fluoxetine, which is the active ingredient in Prozac, and we looked at the research which indicated what concentrations these drugs were being found in the environment," Ford says. He tested different concentrations of the drug on tanks of shrimp, and found that shrimp exposed to the fluoxetine were five times more likely to swim into the light.