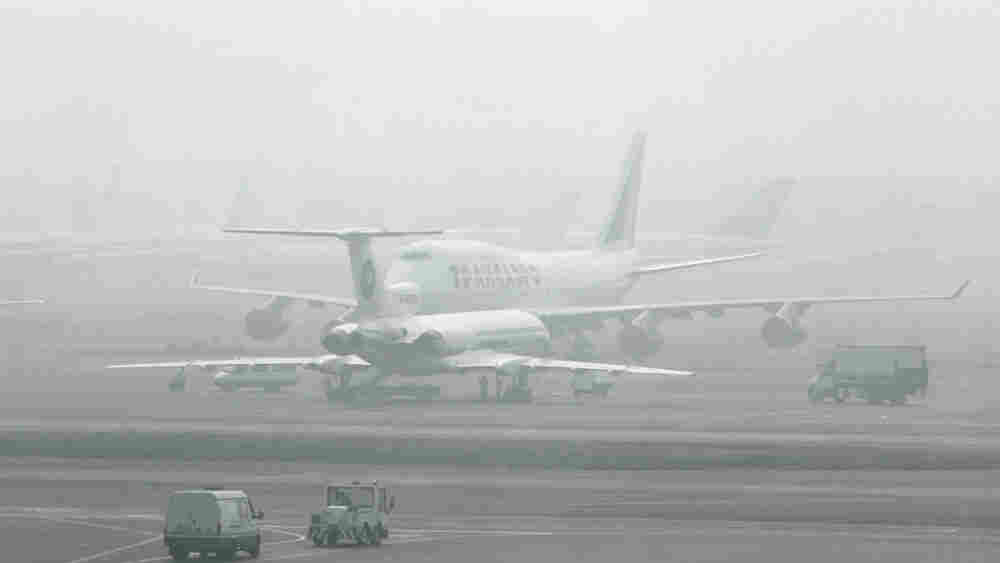 As nearly 600 fires continue to rage across Russia, officials say the smog and heat from the blazes have caused the number of deaths in Moscow to double.

The Russian capital set another temperature Monday, passing 90 degrees yet again for the hottest Aug. 9 on record.

The head of Moscow's health department, Andrei Seltsovsky, said the number of people dying in the capital city is averaging 700 a day. He also said local morgues are struggling with the high mortality rate -- 1,300 bodies so far in a system with the capacity for 1,500.

"The main problem right now is overheating, which particularly affects people with high blood pressure and pre-existing heart conditions," he says. "And this is even worse when it's combined with the smog."

Russia's emergencies minister says the situation with the fires is now much better and they have been almost completely extinguished in five of the worst-hit regions.

The acrid veil of smog and smoke covered Moscow on Monday as peat bog and forest fires continued to burn across the country, triggered by the most intense heat wave in 130 years. Russia's air pollution monitoring system reported more than two times the acceptable level of carbon monoxide in the air, and officials warned people to stay indoors. 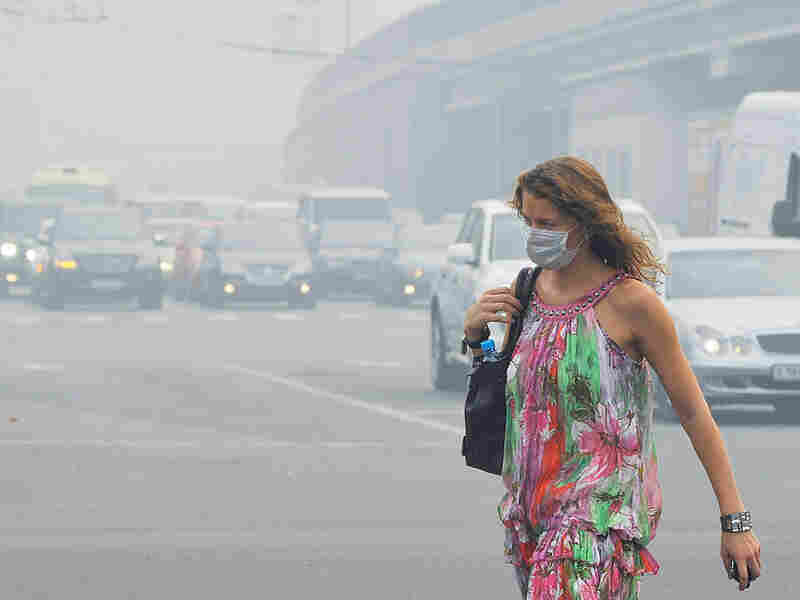 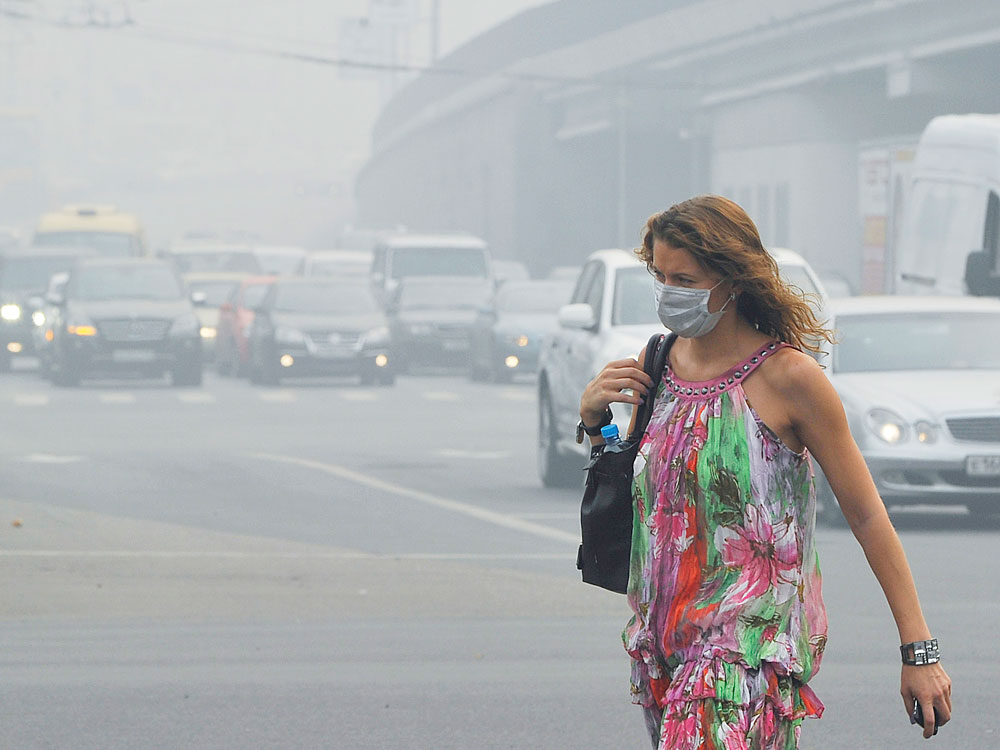 A Russian woman wears a face mask to protect herself from acrid smoke while walking Monday in central Moscow.

"In this heat, my baby is covered in red spots, and every child at the playground is like that because of the heat," says Tatyana Nevinskaya, a Moscow resident.

Like the vast majority of people in Moscow, Nevinskaya has no air conditioning at home. She, her husband and their 1-year-old daughter have taken refuge in a hotel just up the street from her apartment.

The hotel is just a temporary measure -– the family is off to Turkey in a couple of days for two weeks by the sea. But most Muscovites can't afford that, and the city has now opened rooms in 123 social centers where people can have a break from the heat.

Natalya Abumova, who runs one of the centers, juggles two calls on her cell phone and a stream of people through her office.

"Different people come here, parents with children, the elderly who don't have air conditioners at home," Abumova says. "They come here not just to sit where it's cool and rest, but also because we have a doctor and a nurse."

Abumova says this not what her center is usually used for, but since Sunday staffers have been providing tea, cold drinks, movies and companionship for seniors who live alone. And with the forecast predicting more smog and unusually high temperatures through the weekend, the center is expected to be busy for a while.

Alexander Frolov, head of the Russian weather service, said judging by historic documents, this heat wave could be unprecedented over a much longer period -- up to 1,000 years.

"Our ancestors haven't observed or registered a heat like that within 1,000 years," Frolov said at a news conference. "This phenomenon is absolutely unique."

He said the Moscow heat wave reflected the global climate's increased volatility. Daily highs have reached 100 degrees Fahrenheit, compared with the summer average of 75, and according to the forecast, there will be no respite this week.

At least 52 people have died directly in the wildfires, and more than 2,000 homes have been destroyed. Flights to Moscow have been delayed and diverted.

Russian authorities have acknowledged that the 10,000 firefighters battling the blazes aren't enough and sent thousands of army soldiers to help fight the fires.

On the Russian blogosphere, the mood was bleak and angry that the situation had become so serious. One blogger on the popular LiveJournal site suggested that Prime Minister Vladimir Putin, Moscow's mayor and other top officials be fired.

Others focused on immediate issues -- like getting a good night's sleep.

"Every night it's like we prepare for war," blogger Tsirtsis wrote on the independent newspaper Novaya Gazeta's site. "With open windows, it's impossible to breathe because of the burning, and with closed windows we choke in the stifling heat."

LiveJournal blogger Jokaloka said the polluting haze had prompted her to quit smoking.

Wednesday's international soccer match between Russia and Bulgaria has been moved from Moscow to St. Petersburg because of the smog.

Peter van Dyk and Jessica Golloher contributed to this report for NPR from Moscow.