Accessibility links
Movie Review - 'Eat Pray Love' - Have Bucks, Will Travel (To Find Self) After a messy divorce, writer Elizabeth Gilbert set out to find herself by exploring three far-flung locations: Italy, India and Indonesia. The memoir she wrote about her experiences, Eat, Pray, Love, was a smash hit. Now Gilbert's best-seller has been adapted into a wannabe blockbuster starring a sun-kissed Julia Roberts.

'Eat Pray Love': Have Bucks, Will Travel (To Find Self)

'Eat Pray Love': Have Bucks, Will Travel (To Find Self) 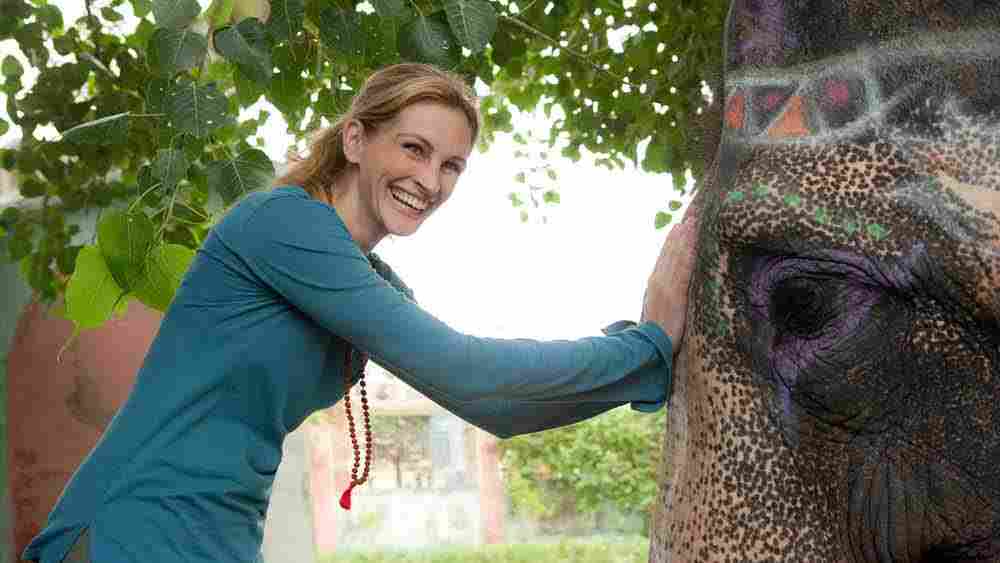 The Elephant Brief: Julia Roberts stars as Elizabeth Gilbert in Eat Pray Love, the story of one woman's unexamined first-world privilege -- er, that is, her soul-searching trip to India, Indonesia and other points around the globe. Francois Duhamel/Sony Pictures hide caption

Therein lies the premise and the problem with Eat, Pray, Love, at least in its frustrating (and comma-free) screen incarnation: The world exists as a kind of sprawling, full-service spa treatment for the soul, neatly compartmentalized to nourish the senses, the spirit and the heart. Nice therapy if you can swing it.

Though Eat Pray Love never loses the sour whiff of unexamined first-world privilege, its heroine does at least immerse herself in different cultures rather than expecting them to adapt to her. As played by a sun-kissed Julia Roberts, Liz has undertaken this adventure partly to open up to new experiences and loosen the vise-grip she's previously maintained over every aspect of her life, and the little tension that surfaces in her journey is owed to the push and pull between her itinerary -- as defined by the book pitch (and advance money) that made it all possible -- and her desire to feel truly unmoored and liberated. That's the essence of a true vacation, and she has to work hard for it.

Before Liz ever steps on a plane, events in her life conspire to do all the packing for her. Feeling shackled by a domestic situation she never wanted, Liz enters into a contentious divorce with her flaky husband (Billy Crudup), then immediately throws herself into a go-nowhere rebound fling with a young and none-too-talented actor (a charming James Franco). The book deal affords her an opportunity to flee Manhattan for a year and define herself apart from a relationship for once. Which raises an obvious rhetorical question: Is there any reason for us to tag along on her personal journey? 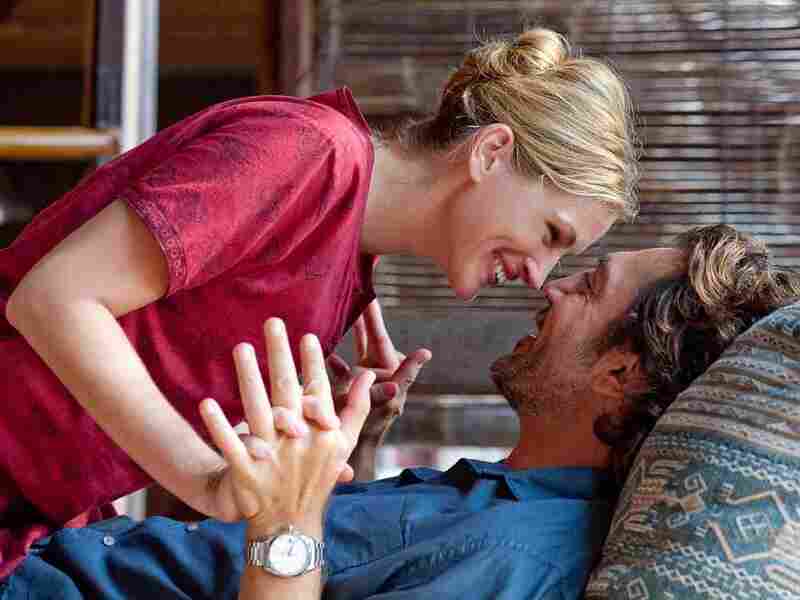 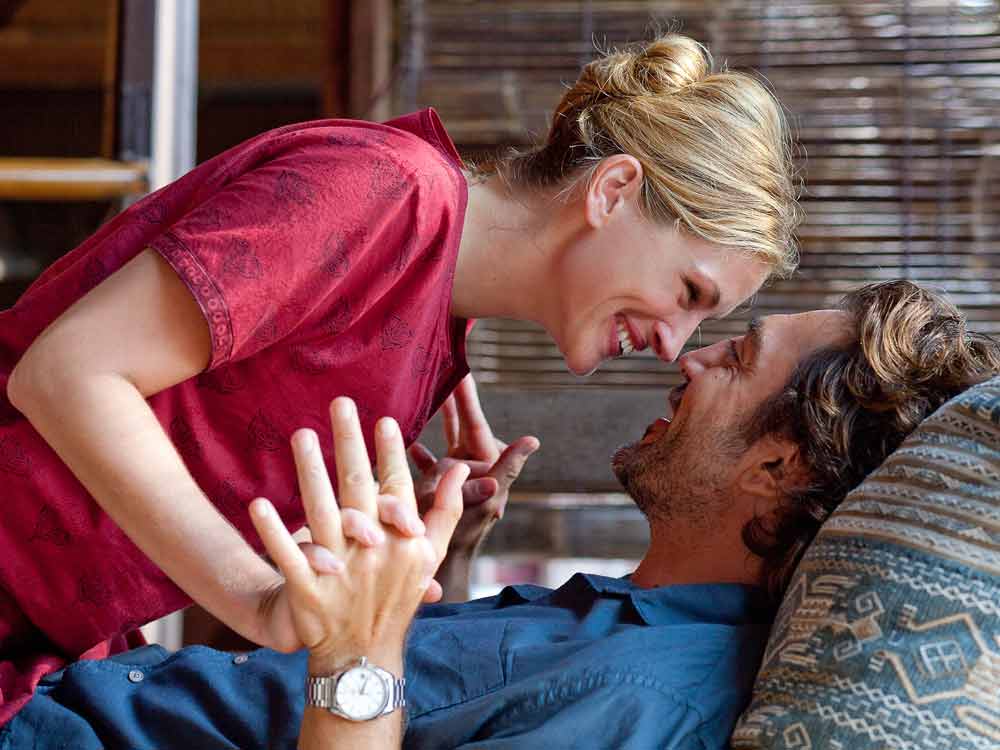 Well, as a sensual experience, Eat Pray Love falls squarely in the tradition of other femme-centered cinematic staycations, like Enchanted April or Under the Tuscan Sun, and certainly it's transporting to watch Roberts consume pizza in Naples or drift along crystalline currents off the coast of Bali.

She also encounters a few fascinating seekers in her travels, including a prickly old Texan (Richard Jenkins), whom she befriends at an Indian ashram and a Brazilian businessman in Indonesia, played by Javier Bardem at his most devastatingly suave. In the film's travel-brochure paradise, they make for agreeable companions.

Trouble is, we're still stuck with Liz, who never passes up the chance to process her encounters into Oprah-fied nuggets of wisdom. At her worst, she's like a narcissistic tour guide who invites sightseers to marvel at the spectacular vistas and cascading waters inside her own head. Much as Eat Pray Love is about letting go, Liz's habit of imposing pop-psychological significance on every encounter suggests she's still her controlling self. She -- and the movie -- would have been better off letting the world speak for itself.