Accessibility links
In Sports, You Don't Have To Be Left-Handed (But It Can Help) As a minority that has been historically put upon, southpaws certainly deserve their own holiday this Friday -- International Left-Handers Day. But in sports, every day is left-handers' day. Just look at relief pitchers in the major leagues, or elite tennis players. 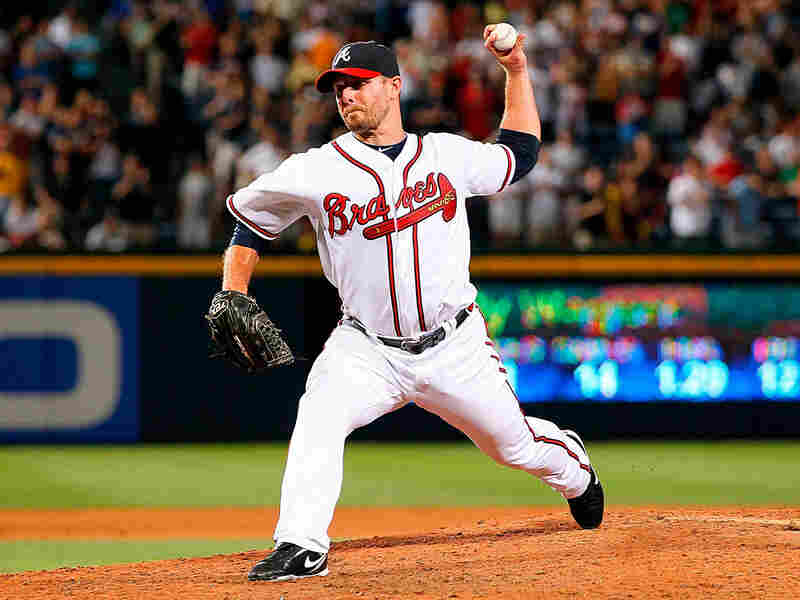 In his 15th season, Atlanta Braves left-hander Billy Wagner is one of baseball's top closers, with an ERA under 2.00. A natural right-hander, Wagner taught himself to throw with his left hand after breaking his right arm. Kevin C. Cox/Getty Images hide caption 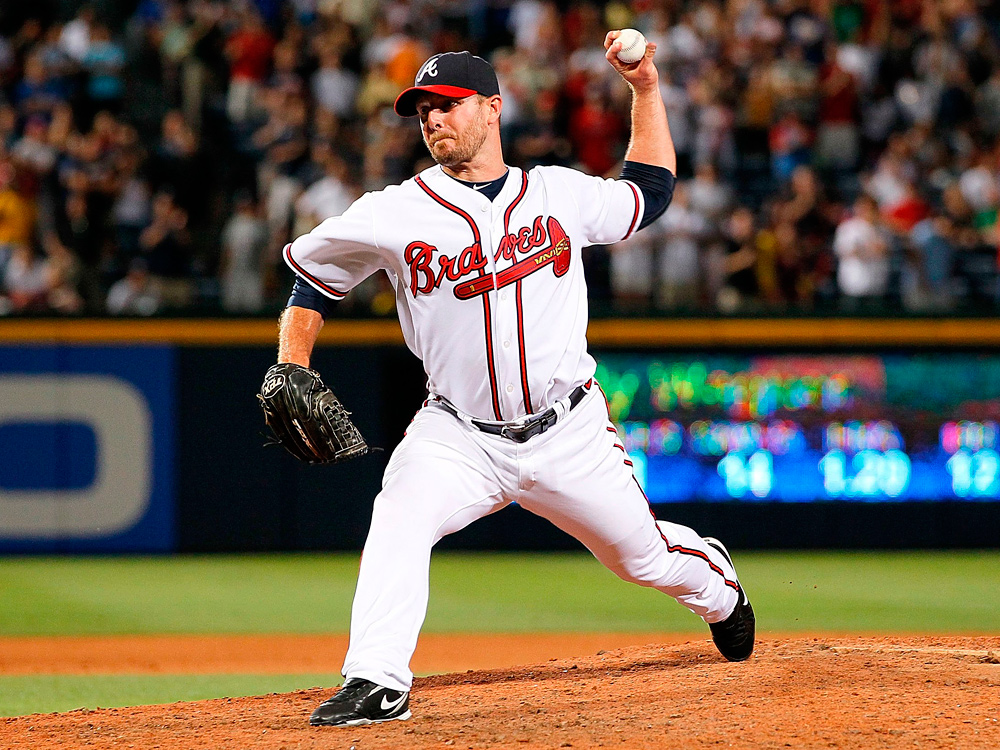 In his 15th season, Atlanta Braves left-hander Billy Wagner is one of baseball's top closers, with an ERA under 2.00. A natural right-hander, Wagner taught himself to throw with his left hand after breaking his right arm.

For the 90 percent of us who do things the right way, it has probably escaped our attention that, for the past 34 years, Aug. 13 has been designated International Left-Handers Day. As a minority that has been historically put upon, you southpaws certainly deserve your own holiday this Friday.

However, and not to be gauche about it -- in sports, every day is left-handers' day.

Trust me, if you are a young parent and you want to give your son every advantage -- spending a fortune sending him to all the right schools, and teaching him all sorts of cultural skills -- just save your money.

Instead, tie his right arm behind his back as soon as he gets out of the crib and teach him to be a left-handed relief pitcher, and that kid of yours will still be making a good living pitching when you're in assisted living -- him paying your way. A left-handed reliever can go on forever.

Well, so can some southpaw starters. I spoke to Billy Beane, the vice president/general manager of the Oakland A's, renowned for his command of statistics, and he told me it was absolutely true: The Athletics' figures showed that left-handed pitchers as a group don't throw as fast as right-handers. But they don't have to be as good; they're needed. Why? Duh. Left-handed pitchers are needed to get left-handed batters out.

Now [Rafael] Nadal is No. 1, like Laver and Connors and McEnroe and Navratilova and Seles — all who beat right-handers with that confounding different spin.

It's those sports like baseball, that feature the mano a mano component, where portsiders have the edge. The left-handers' propaganda -- I was going to say propaganda arm, but let's say propaganda lobby -- argue that southpaws succeed in sports because they're more influenced by the right side of the brain, which encourages creativity.

Right-handers, being left-brained and allegedly duller, maintain that left-handers do well simply because they're rare. Whether it's boxing or wrestling or fencing or tennis, all of a sudden you're facing a strange creature coming at you differently.

Rafael Nadal, a natural right-hander, was taught to play left-handed -- which was why he was just about the only player in the world who could beat Roger Federer, when Federer was the best tennis player in all history. Now Nadal is No. 1, like Laver and Connors and McEnroe and Navratilova and Seles -- all who beat right-handers with that confounding different spin.

Bill Russell, the great Celtics center, told me that the main reason he was the greatest shot-blocker in basketball history was simply that his dominant left arm perfectly countered a right-hander's natural shot.

Left-handers aren't so valuable in sports like football, where one-on-one isn't so pronounced. And soccer? Who ever heard of a southhoof?

So why have left-handers managed to survive evolution, in a right-handed world? Well, it's probably because of athletics that left-handed human beings survived. Being different, they won more duels, and passed their genes down to southpaw relief pitchers -- who thrive to this day because they're needed against left-handed hitters.