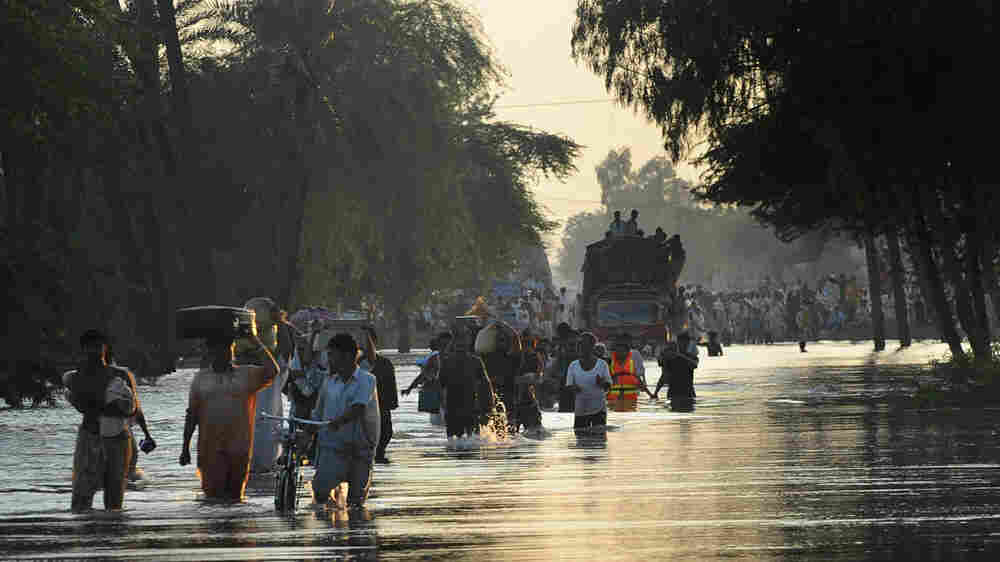 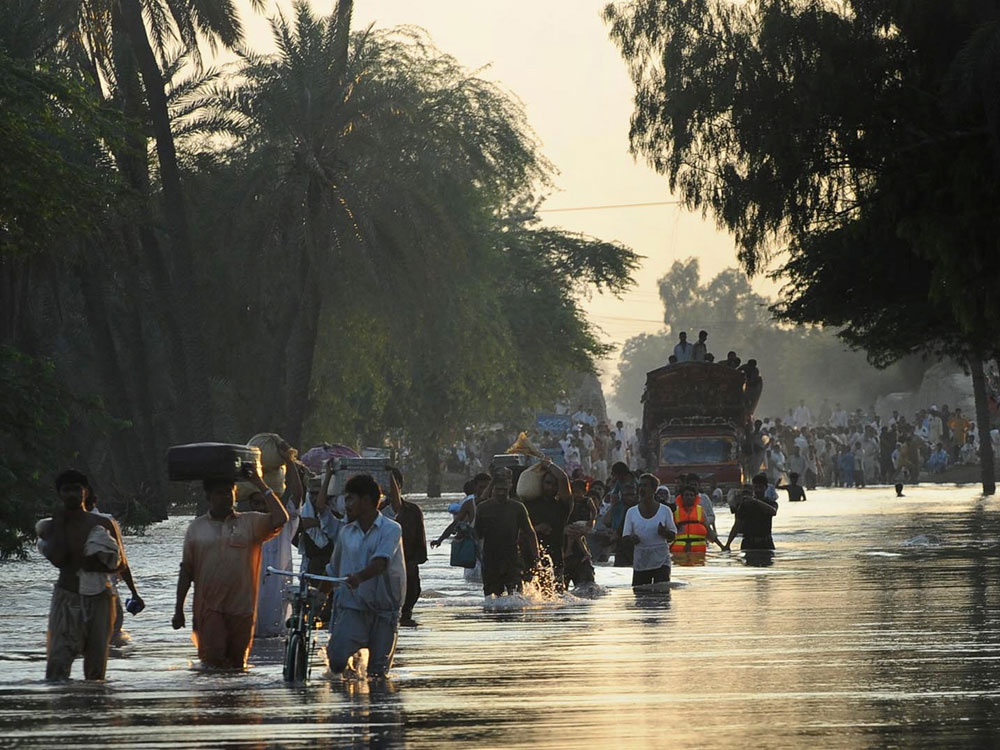 The international relief effort to help victims of the devastating floods in Pakistan is increasing. The U.S. is donating $55 million, along with relief supplies and assistance.

But help has been slow in reaching millions of people affected by the floods. And now there are concerns among U.S. officials that hard-line Islamist groups are capitalizing on the tragedy.

The floods, which have ravaged many parts of Pakistan, are being called the country's worst ever natural disaster. The crisis has affected some 14 million people. At least 1,500 people have died, and thousands have been forced to flee their homes.

Bad weather has hampered efforts to get aid into the stricken areas, says Mark Ward, acting director of USAID's Office of Foreign Disaster Assistance. Ward says even helicopters used to shuttle in aid packages and run rescue missions have often had difficulty taking off. 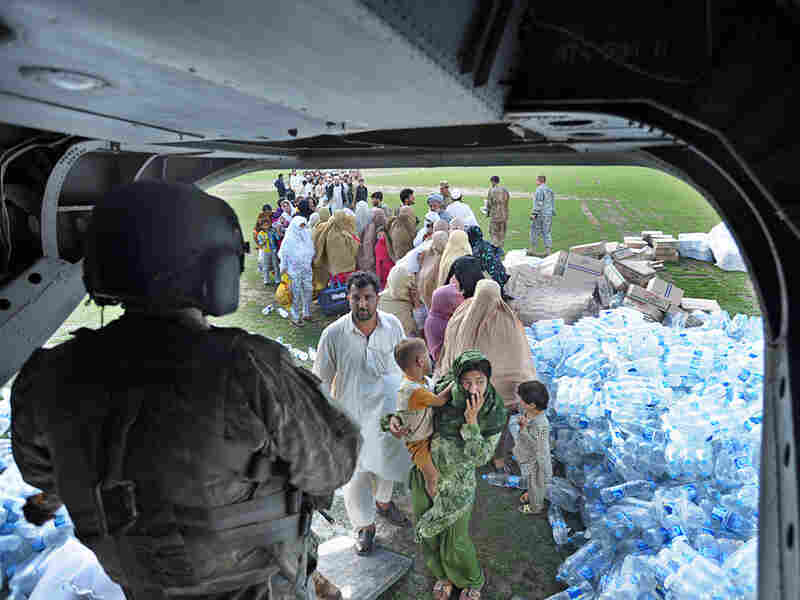 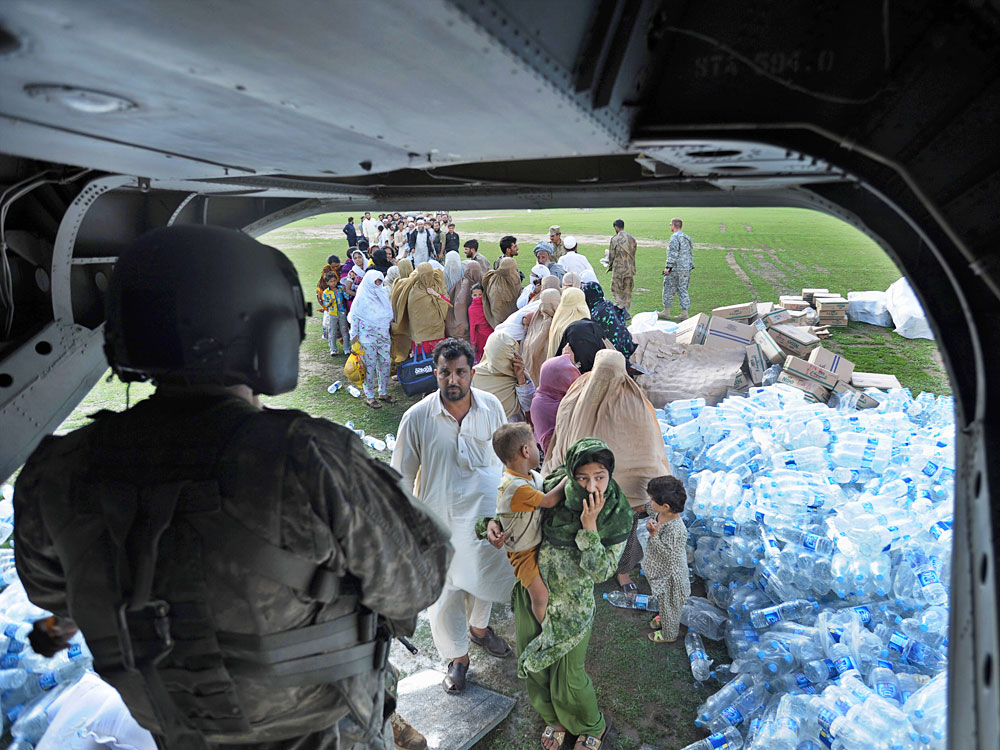 Pakistani flood survivors wait to board a U.S. military transport helicopter to evacuate the Kalam Valley on Monday.

"The real problem has been the rain. None of us have been able to be as visible and get the access that we wanted because everything has been grounded," he says.

Supplies are reaching many isolated communities only by four-wheel-drive vehicles and pack mules.

The hardest hit areas -- and the most difficult for Pakistani and international relief workers to reach -- are in the northwest, where the Taliban and al-Qaida have strongholds.

The Pakistani government is being criticized for its slow and seemingly ineffective response to the crisis. The criticism was compounded when Pakistani President Asif Ali Zardari went ahead with a European tour despite the unfolding disaster back home.

Thomas Johnson, a professor at the Naval Postgraduate School in Monterey, Calif., says charitable organizations associated with militant Islamist groups have capitalized on the situation by providing food and shelter to people in need.

"The government was very slow in responding, the army was criticized by not being able to mobilize their people fast enough, and in some very volatile areas. So the Islamists have been taking advantage of this by trying to fill the gaps that the government has not been able to meet," Johnson says.

At least one of the Islamist groups providing relief to flood victims is associated with Lashkar-e-Taiba, the organization blamed for the 2008 terrorist attacks in Mumbai. Johnson says the radical group has charity networks already set up in parts of the country.

Ward says the militants' presence in the affected areas may have helped them respond quickly. 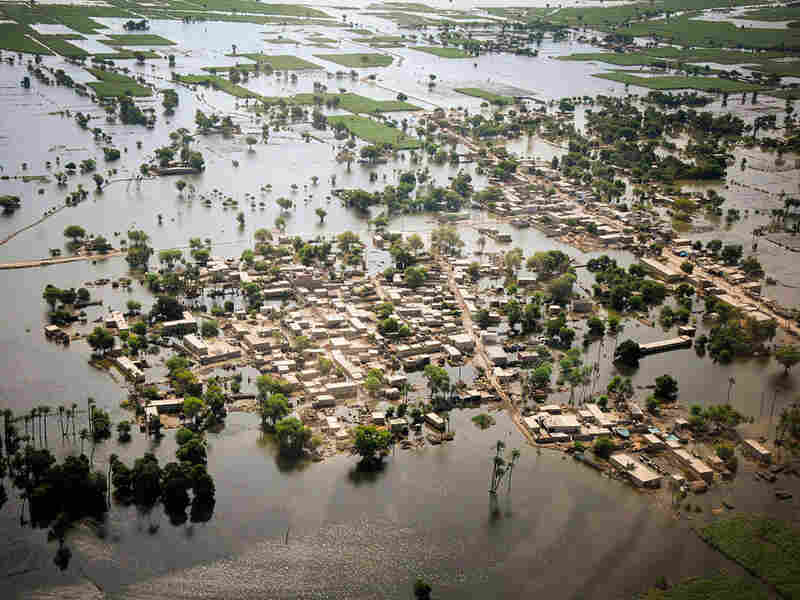 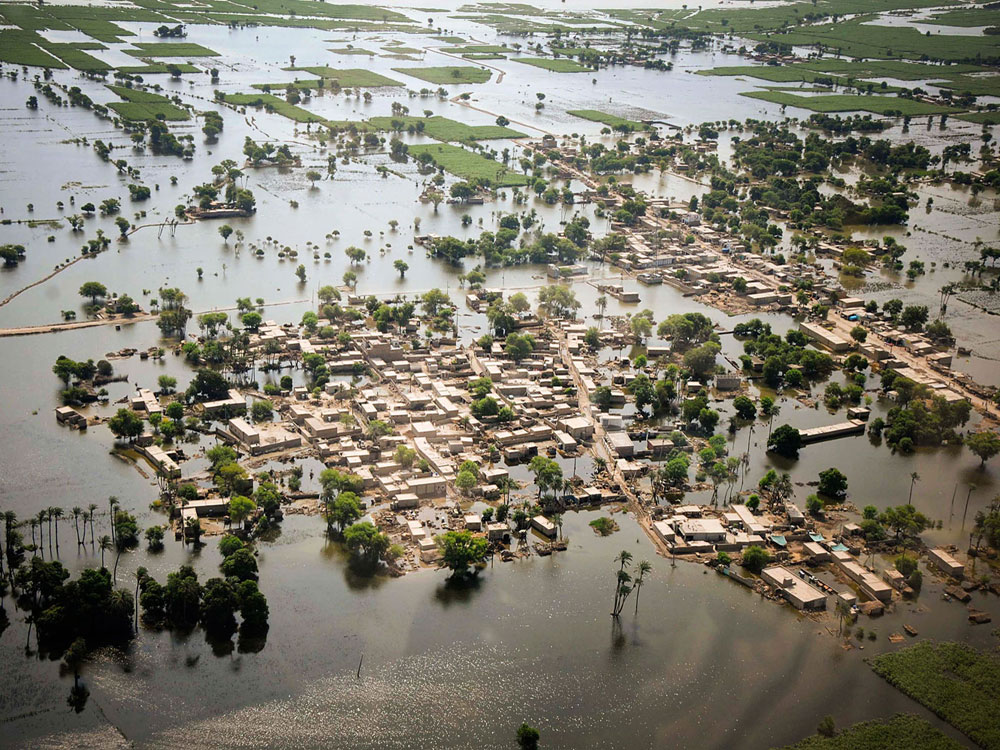 Houses in Mithan Kot, Pakistan, are half-submerged in floodwaters.

"While it may be true that some terrorist groups have been providing some support, my guess is it's because they were already there. They haven't had any better luck with access than anybody else," he says.

Johnson says the Islamist groups will likely use the opportunity to incite anger among flood victims against the government. Johnson says hundreds of thousands, if not millions, of people have been displaced.

"And whenever there are internally displaced people, the Taliban and other Islamists have been able to take advantage of this, trying to influence their behavior and their world outlook," Johnson says.

Christine Parthemore, a fellow at the Center for a New American Security, says the Pakistan floods represent more than just a humanitarian problem. She says it is inherently a security concern for the United States.

"Just based on our troops in the region, our goals in the region, our work with allies like India in the region -- anything that destabilizes Pakistan or affects its government's ability to keep control of the country has enormous stakes for the United States on the security side," Parthemore says.