Accessibility links
First Listen: Ra Ra Riot, 'The Orchard' The Orchard's 10 songs positively burst with sophistication, precision and polish. They add up to a record that feels both big and personal -- just the right recipe for a band looking to jump to arenas in the months and years to come. Hear the album in its entirety until its release on Aug. 24. 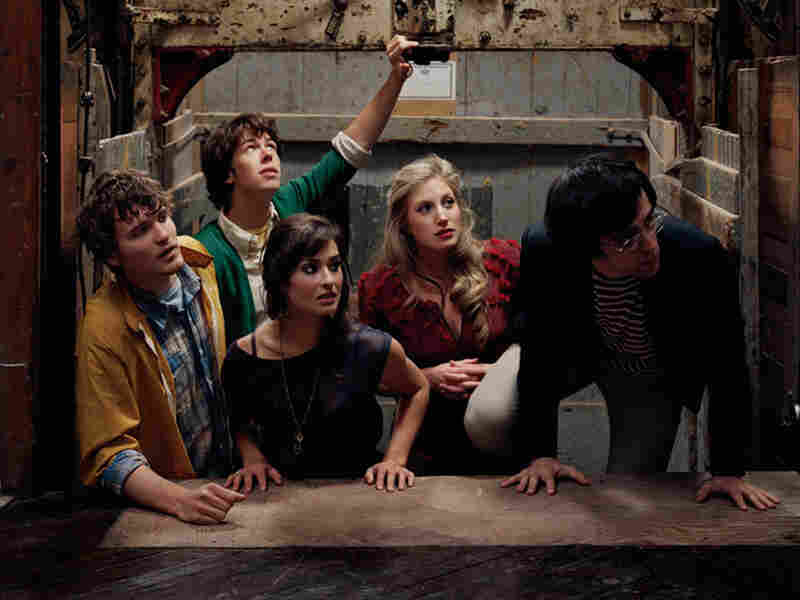 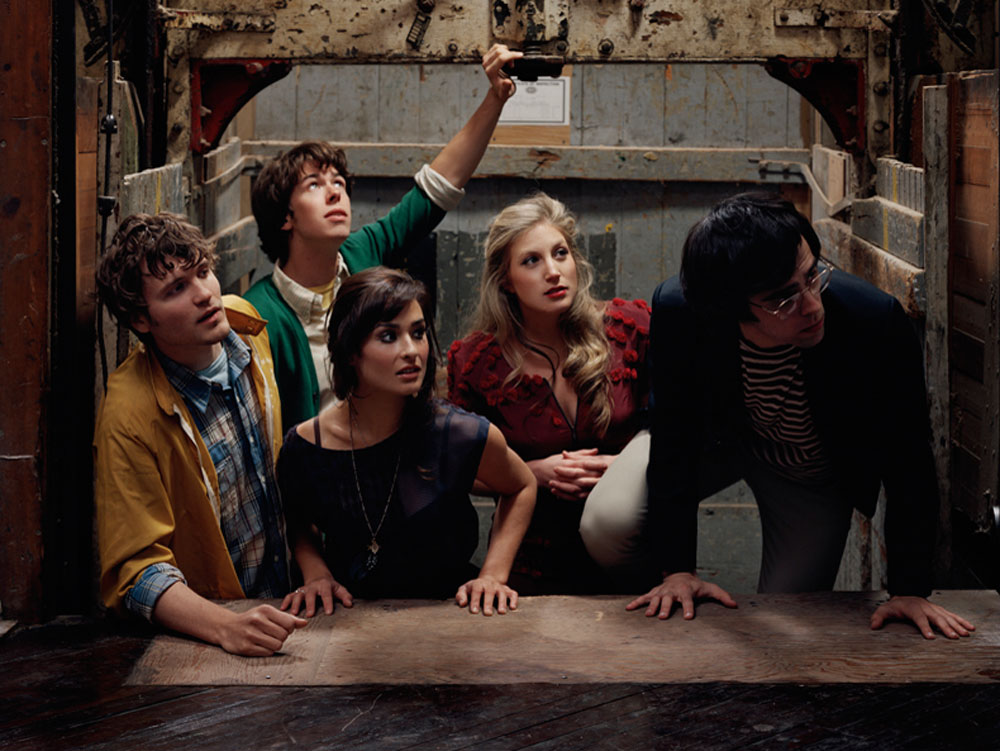 It's been a good year for little bands that make big music: The National and Arcade Fire both made the leap from top-tier up-and-comers to stadium-filling festival headliners, with the latter going so far as to top the Billboard album chart last week. Ra Ra Riot hasn't yet risen to their level -- though 2008's The Rhumb Line sold a respectable 60,000 copies -- but the group's sweetly urgent, string-driven pop music wouldn't exactly get swamped on a big stage, either.

Given the drama that has swirled around Ra Ra Riot -- the years of pre-release buzz, the death of drummer and songwriter John Pike shortly before the release of The Rhumb Line -- it's hard to believe that the Syracuse, N.Y., quintet is only about to release its second album. The Orchard's 10 songs positively burst with sophistication, precision and polish.

Ra Ra Riot wouldn't be the band it is without the dynamite string section of violinist Rebecca Zeller and cellist Alexandra Lawn, who know how to bathe even the briskest songs ("Boy," et al) in a wash of melancholy. Wes Miles' vocals may exude a sort of innocent calm, but his backing players (who also include bassist Mathieu Santos and guitarist Milo Bonacci) are experts at ramping up the tension, too. The result is a record that feels both big and personal -- just the right recipe for a band looking to jump to arenas in the months and years to come.

The Orchard will stream here in its entirety until its release on Aug. 24. Please leave your thoughts on the album in the comments section below.