Accessibility links
For Some Democrats, Clinton Is Campaigner-In-Chief Former President Bill Clinton has been busy this summer, raising money and appearing at campaign rallies for Democratic candidates. In some parts of the country, he is proving to be more popular on the campaign trail than President Obama. 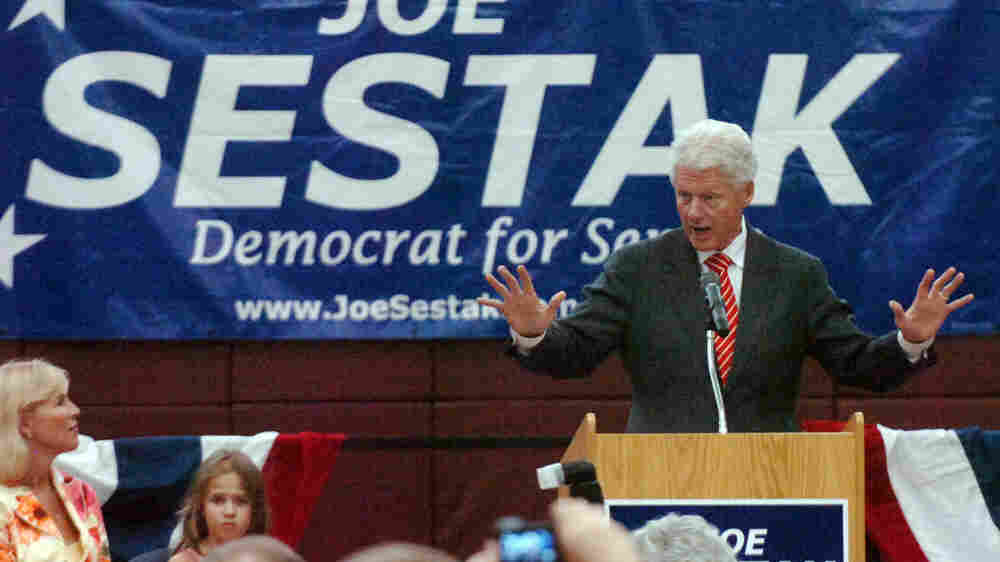 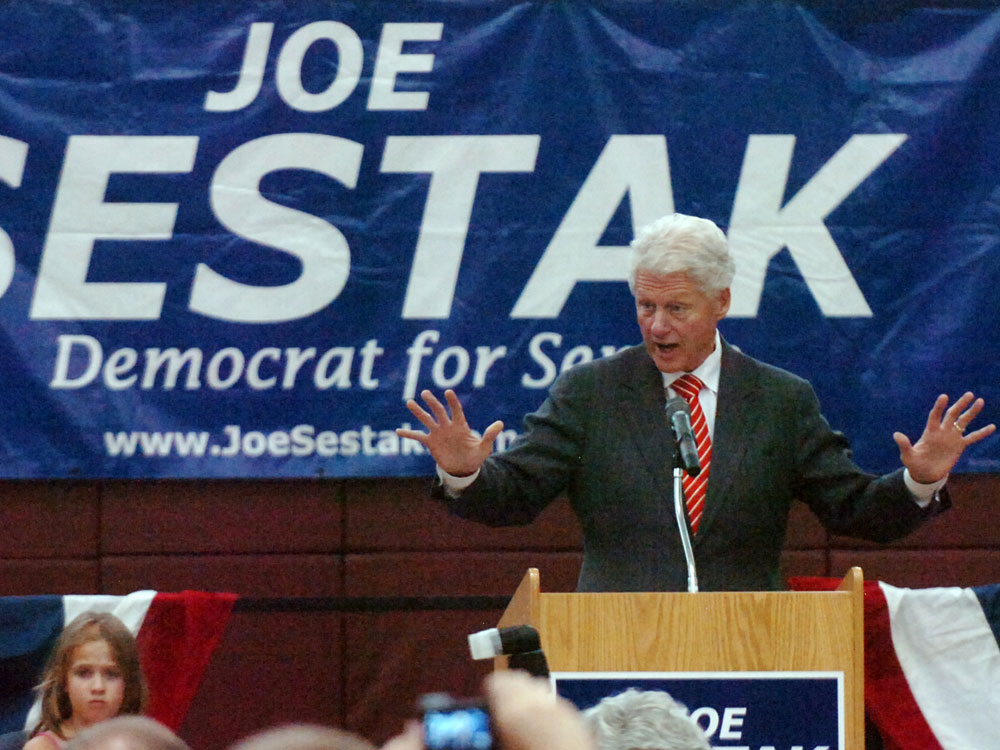 Former President Bill Clinton has done a lot more this summer than watch his daughter get married. He's been busy raising money for Democratic candidates, recording robocalls and radio ads, and appearing at campaign rallies.

That split was unusual. For the most part, the two presidents have found themselves in the same camp.

But in some parts of the country, Clinton is proving to be a more popular campaigner than Obama.

"I'm not running for anything. I can't run for anything," Clinton recently said at a rally for Arkansas Sen. Blanche Lincoln. "However, the older I get, the more I think about the future, not the past."

But past relationships play a big role in deciding where the former president will spend his time.

On Tuesday, he was campaigning in Pennsylvania for Senate candidate Joe Sestak, who worked in the Clinton White House. Next week, Clinton will show up at three South Florida rallies for Senate candidate Kendrick Meek, who is in a tough primary fight against billionaire political novice Jeff Greene.

"It means a lot," Meek said in a cell-phone interview on his campaign bus. "President Clinton is well-loved here in the state, and I'm very proud to be the recipient of his time."

Meek first met Clinton almost 20 years ago when, as a young state trooper, he was assigned to drive the Arkansas governor on a campaign visit to Florida. When Clinton arrived, he realized he'd forgotten his deodorant.

"We stopped at a grocery store, and he picked up a bottle of roll-on and put it on," Meek recalled. "And we stood out in front of the store while he did that."

The incident stuck with Meek, but Clinton remembered it, too. Bumping into the trooper more than a year later at a fancy hotel, the newly elected president joked, "Kendrick, we're a long way from the Suwanee Swifty" convenience store.

"The fact that he could remember that, as president, as a young trooper, I was stunned. But the fact is, President Clinton and I have had a long relationship," Meek said. "He's going to be a big part of the reason why we win down here -- along with President Barack Obama's endorsement."

Obama will appear alongside Meek at a Florida fundraiser next week. But political analyst Susan MacManus of the University of South Florida says it's Clinton's shoe-leather campaigning -- in vote-rich Dade, Broward and Palm Beach counties -- that may help Meek the most.

"President Obama is not doing well in the polls here in Florida. And President Clinton is getting much more favorable ratings in this state and elsewhere," she says. "If you had to pick a president to bring into Florida right now, President Clinton would be the one to have. And lo and behold, that's who's coming."

A Gallup Poll last month found Clinton's favorability rating almost 10 points higher than Obama's. That popularity has not always rubbed off on the candidates Clinton has endorsed, though. Along with Romanoff's loss Tuesday in Colorado, Clinton's pick in the Georgia governor's race lost last month.

MacManus notes there is a common thread in the Clinton endorsements: All of the candidates he has campaigned for this year supported Hillary Clinton in the 2008 presidential contest.

"Loyalty is a factor in people going the extra mile," MacManus says. "And that can be most helpful at a time when they seem to be a bit lagging in the polls."

Obama, whose own support in the polls is also lagging, may take some comfort from Bill Clinton's revival. At this point in his own presidency, Clinton's approval rating was even lower than Obama's is now.

But the "Comeback Kid" bounced back. Even after impeachment by the House and acquittal by the Senate, Clinton left office with an approval rating of 66 percent.