Accessibility links
First Listen: Garotas Suecas, 'Escaldante Banda' Don't call it a throwback: Although its members dance with the ghosts of past funk bands, the Brazilian group is doing its own thing. Garotas Suecas' first full-length album is nothing short of brilliant -- and insanely funky. 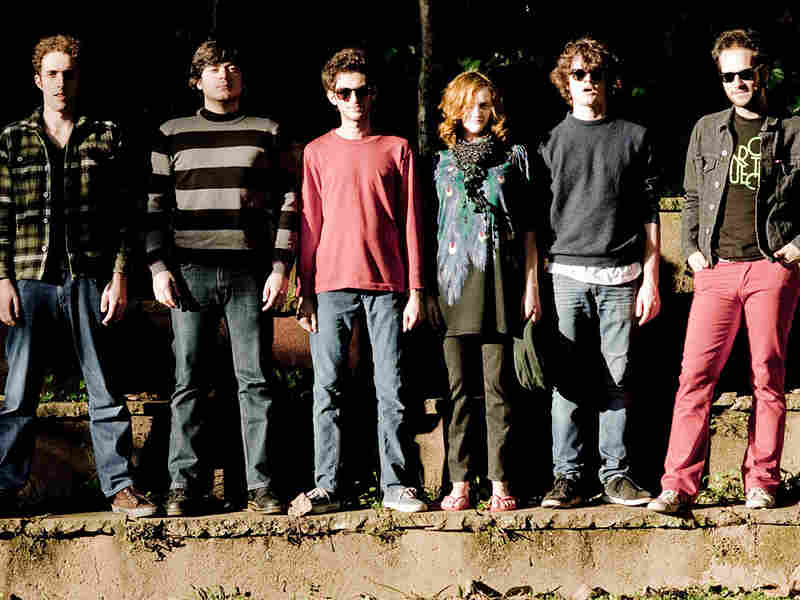 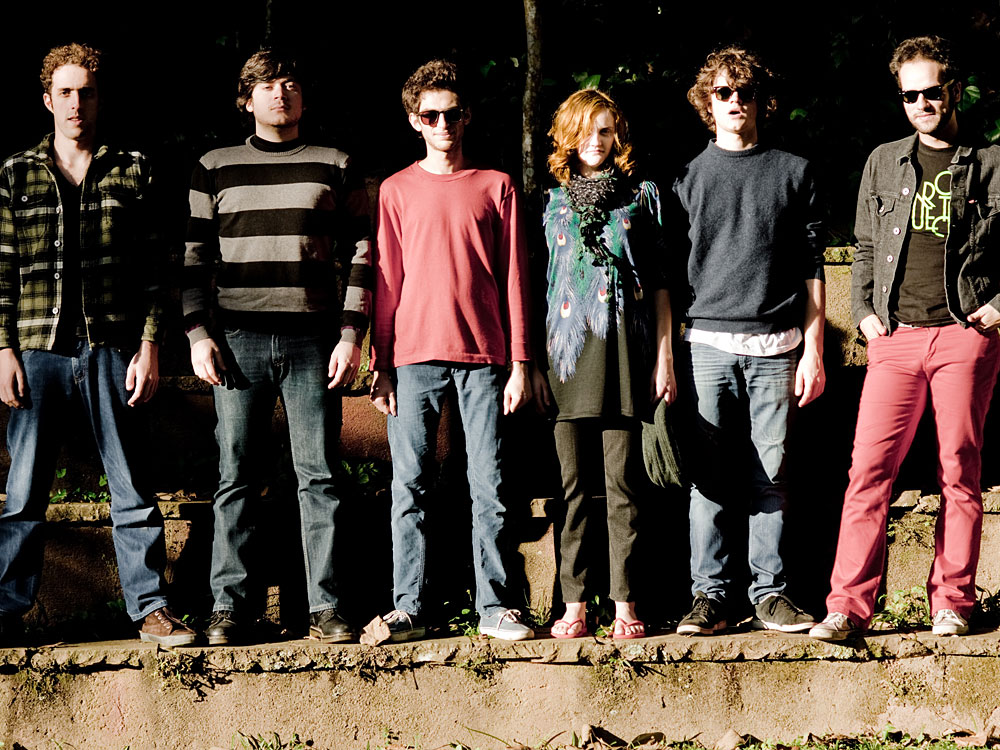 Escaldante Banda, the first full-length album from the Brazilian band Garotas Suecas, is a compilation of vintage-flavored songs that are so funky and so fresh, they would have blown away Soul Train audiences if they'd been around back in the day.

If, in the chorus line of "Tudo Bem" (It's All Good), you hear the ghost of The Isley Brothers' "It's Your Thing," you're not having a musical hallucination. This band invokes everyone from Otis Redding to Brazilian music icons Os Mutantes and Jorge Ben. But don't call it a throwback. In the words of NPR Music's Carrie Brownstein, "Garotas Suecas is more revelation than resurrection."

Take "Mercato Roque Santeiro" and its layer upon layer of guitar funk, organ, girl choruses and fantastic Brazilian percussion. The result could be gaudy, crowded and overwhelming -- the song's title appropriately recalls both a popular Brazilian soap opera and one of the largest markets in Africa. (The chorus translates to, "Mercato Roque Santeiro has it all.") But, like expert tailors, the members of Garotas Suecas carefully stitch different musical fabrics together into a groove-laden masterpiece. And it gets better with each song.

Escaldante Banda needs to be heard more than once. Upon each listen, you hear a different level of instrumentation, vocals and feeling. Fortunately, there's plenty of time for that.

Escaldante Banda will stream here in its entirety until its release on Sept. 7. Please leave your thoughts on the album in the comments section below.