Accessibility links
Unlimited Vacation Time Not A Dream For Some Unlimited paid leave sounded like a crazy idea to small-business owner Rosemary O'Neill's employees when she announced the policy early this year. The company has joined a tiny but growing group of U.S. businesses -- including Netlfix -- offering unlimited vacation. 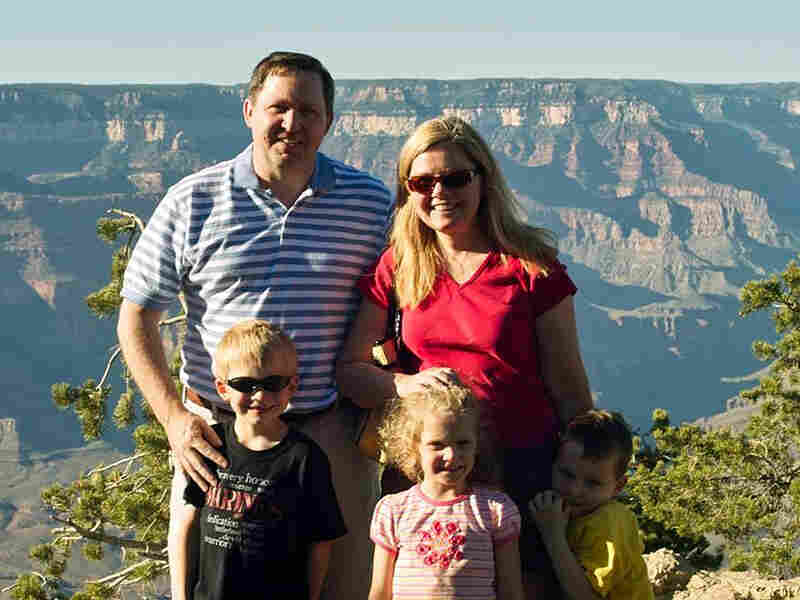 Rosemary and Ted O'Neill, with their children, Ciaran, Catie and Finn. The family took a monthlong, cross-country trek this summer after the O'Neills instituted unlimited vacation at their Seattle company. Courtesy of the O'Neill Family hide caption 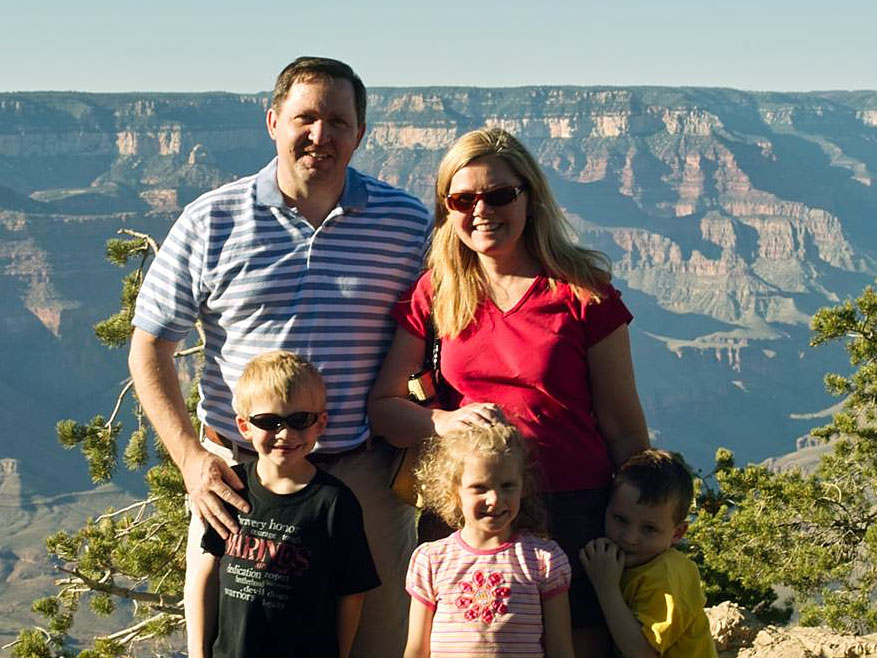 Rosemary and Ted O'Neill, with their children, Ciaran, Catie and Finn. The family took a monthlong, cross-country trek this summer after the O'Neills instituted unlimited vacation at their Seattle company.

Courtesy of the O'Neill Family

Rosemary O'Neill's employees weren't sure whether to believe her when she announced a change in vacation policy early this year.

"When I said, 'Unlimited paid leave, no strings attached,' there was a moment of, 'Are you punking us? Is this a joke?' " O'Neill says.

It was not a joke. O'Neill and her husband, Ted, own Social Strata, a small social media outfit in Seattle. Their business has joined a tiny but growing group: For the first time this year, 1 percent of U.S. businesses say they offer unlimited paid vacation.

For the O'Neills, the change started with an effort to help an employee in crisis. Their financial officer was struggling to care for a badly injured husband while also keeping up with her work. The O'Neills talked about letting her take off whatever time she needed. After all, she was a hard worker, and they trusted her. Then, they realized that was the case with all of their 10 employees.

That was a Friday. They called a Monday morning meeting, and, as Rosemary puts it, dropped the bombshell. O'Neill says the new policy aims to go far beyond just letting employees spend August on the beach.

"People have lives," she says. "We want them to be able to, I don't know, take a pottery class or go to their child's play or help a relative who's sick."

World at Work, a human resources group, has been polling businesses about benefits practices since 2002. This year, for the first time ever, 1 percent of companies report that they offer unlimited paid leave.

One of the biggest changes he sees as a result of the policy is that if co-workers are sick now, they're more likely to actually take a sick day, since it no longer cuts into a set chunk of paid time off. Lenz was also grateful for the new policy when he became a father in February.

"I took six weeks off for that," Lenz says. "So that was a real blessing just to be able to have that time with my wife and daughter, that bonding experience."

Why the uptick in unlimited paid leave now? Studies have long shown that -- believe it or not -- such flexibility actually makes workers more productive and engaged. But Lenny Sanicola, with the human resources group World at Work, which surveys company benefits, suspects something more. Sanicola notes that with all the perks being cut during the recession, vacation time has held its own.

"Perhaps not being able to provide other rewards," he says, "some companies said as long as the work gets done and the productivity that we are looking for is achieved, you don't have to track your time and you can take unlimited leave."

Of course, Sanicola says this is limited to white-collar professionals. He's never heard of it for hourly employees; you can imagine a factory shutting down without a steady stream of workers. In fact, the U.S. is alone in the industrialized world in that millions of mainly low-wage workers have no paid vacation at all.

Some critics worry that in a culture of workaholics, unlimited vacation might really mean no vacation; that without a specified time to be "off" employees might feel pressure to always be "on."

The movie subscription service Netflix has had unlimited leave for a decade.

People have lives. We want them to be able to ... take a pottery class or go to their child's play or help a relative who's sick.

"I personally am enthusiastic about my job," says Steve Swasey, vice president for corporate communications, "and I don't mind checking my BlackBerry when I'm climbing ruins in Guatemala and Honduras, which I've done."

"We have engineers who work pretty much around the clock because that's the way they work," Swasey says. "And then they take two months to go visit family in India. We have people who never take a vacation for three years and then take a 90-day trip someplace. But they've earned it."

At Social Strata, vacation season hasn't changed as dramatically as you might imagine. People must still manage time off around deadlines and work that needs to get done. Rosemary O'Neill says no one seems to be taking off much more time than last year. That is, almost no one.

"Well," she says with a laugh, "I took a longer vacation than normal!"

After years of devoting themselves to their business, O'Neill and her husband took their three young children on a monthlong, cross-country road trip. She says she hopes it will inspire employees to set off on their own adventures.