Accessibility links
First Listen: The Marsalis Family, 'Music Redeems' In 2009, Wynton, Branford, Jason and Delfeayo made a rare joint appearance to honor their father, the great pianist and educator Ellis Marsalis. Now, the first family of jazz is releasing that recording and sending all proceeds to the New Orleans Musicians' Village. Hear Music Redeems in its entirety here until Aug. 24. 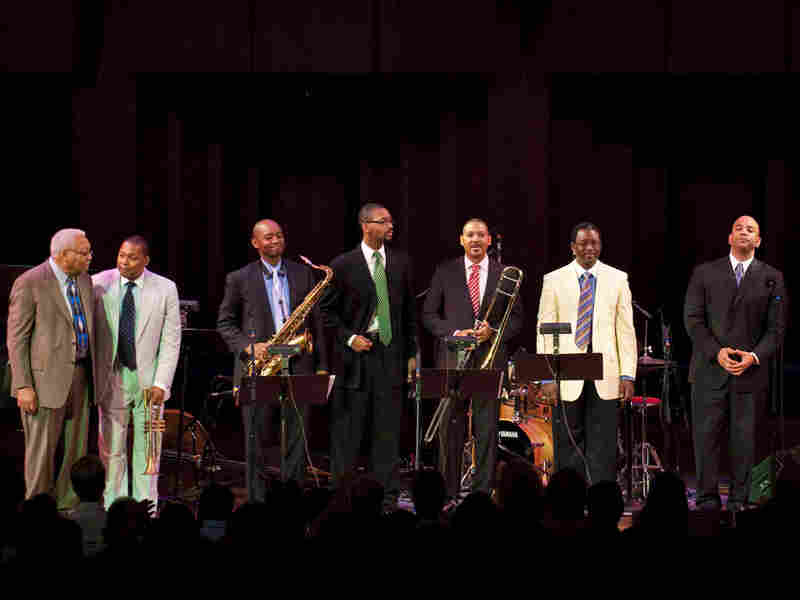 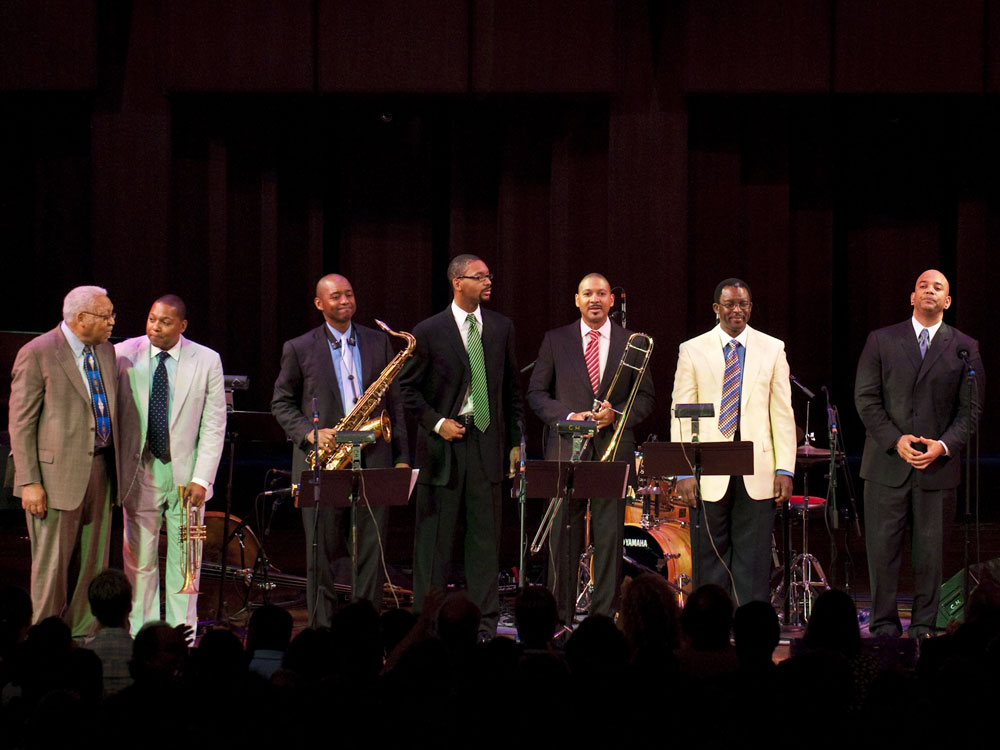 Today's first family of jazz, the Marsalises, don't often get together, at least on stage. But when the Duke Ellington Jazz Festival in Washington, D.C. (now the DC Jazz Festival), gave its 2009 lifetime achievement award to family father Ellis Marsalis -- a great pianist and legendary educator -- all four of his music-playing sons (Wynton, Branford, Delfeayo and Jason) joined him on stage. Ellis Marsalis III also recited an original poem for his father, frequent collaborators Herlin Riley and Eric Revis played, Dr. Billy Taylor joined in the fun, and family friend Harry Connick Jr. took a few guest spots, too.

Marsalis Music, the record label founded by Branford, recorded the show. Now, it's releasing part of the concert as Music Redeems. But this isn't a money grab: All proceeds from sales are going to the Ellis Marsalis Center for Music, the practice, teaching, recording and performing space currently under construction as the heart of the New Orleans Habitat Musicians' Village. (Following Hurricane Katrina, Connick and Branford Marsalis initiated the construction of a community for New Orleans musicians, many of whom lived in substandard housing even before Katrina.)

The music captured here feels casual in the best way. There's the deft reading of "Donna Lee," with a muted Wynton bebop-soloing away and Jason whistling the rapid-fire melody. Or the joyous back-and-forth New Orleans feel of "At the House in Da Pocket" and "The 2nd Line," the blues tunes which close out the album. Or Ellis Marsalis' solo piece "After," or his duet with Harry Connick Jr. on "Sweet Georgia Brown," or the charming story Connick tells about taking piano lessons in the Marsalis household as a child. It's as if the family and friends were gathering for a jam session on stage, and cheering each other on at every turn.

Proudly hailing from music-obsessed New Orleans, the Marsalises have always believed in the fundamentally redemptive power of their craft. With this recording, they're kick-starting that redemption. Music Redeems will stream here in its entirety until its release on Aug. 24. Please leave your thoughts on the album in the comments section below.