Accessibility links
An 'Americano' Revolutionary in Castro's Cuba William Morgan was not your typical Cuban Revolutionary. Not only was he an American, but he was also anti-communist. Aran Shetterly, author of The Americano, discusses how and why Morgan's life became entwined with Castro's.

William Morgan was not your typical Cuban Revolutionary. Not only was he an American, but he was also anti-communist. Aran Shetterly, author of The Americano, discusses how and why Morgan's life became entwined with Castro's. 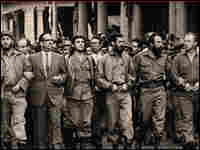 Detail from the cover of The Americano, Aran Shetterly. hide caption

In the middle of the Cuban revolution, a young American joined forces with rebels, hiding in the mountains and rose through their ranks to a command post. That American, William Morgan, was rewarded with standing in Fidel Castro's new government but was soon executed as a traitor.

More than 40 years later, questions remain about just what William Morgan was up to. Journalist Aran Shetterly looks back at Morgan's role in his new book, "The Americano: Fighting with Castro for Cuba's Freedom."

Welcome to the program, Mr. Shetterly.

Mr. ARAN SHETTERLY (Journalist; Author, "The American: Fighting with Castro for Cuba's Freedom"): Thank you for having me.

ELLIOTT: Now, William Morgan went to Cuba in 1958. Can you take us back there and set the stage of what was going on in the Cuban revolution at the time?

Mr. SHETTERLY: Sure. When William Morgan arrived in Cuba in early 1958, a great portion of Cuba's youth and Cuba's middle class and even upper middle class had basically turned against Fulgencio Batista, the dictator then in Cuba. Among these was Fidel Castro, who was fighting in the mountains on the eastern end of Cuba.

But there were other rebel groups also organizing against Batista. Fidel's was the most prominent but there were at least three important rebel groups whose goal was - and they were aligned in this - to get Batista out of the country.

ELLIOTT: So William Morgan walks into the mountains in Central Cuba and joins what is called the Second National Front. Why does he walk into this fight?

Mr. SHETTERLY: William Morgan was a young man from Toledo, Ohio, who, at this point, his life had really had a serious of failures. I mean, had spent little bit of time in the U.S. Army, had been dishonorably discharge, had spent time in jail. But he got involved running guns to the Cuban rebels and claimed that a friend of his had been killed by Batista's government for running guns into the rebels.

And so he went down to Cuba to sort of check on his friend and ended up with this group of rebels in the mountains in the middle of the country.

ELLIOTT: He becomes second in command, a comandante, which is the rank of major, even in charge of his own column, which was called the Tigers of the Jungle?

ELLIOTT: I'd like for you to read for us from part of your book. This is a scene where William Morgan is showing his bravado and gets a pretty positive response from the Cuban people. Can you read for us?

Mr. SHETTERLY: Sure, and I would just say that this is also only days before the rebels win the fight against Batista.

(Reading) On the 24th of December 1958, Morgan and his men won a hard fight in Cumanayagua. As the townspeople celebrated the guerrilla's efforts, an airplane buzzed toward them. It was one of Batista's army planes, approaching as if to bomb the rebels back out of the city. The 30-year-old American climbed to the roof of a building with a machine gun slung across his chest. He beckoned the plane forward with his free hand and then took aim. The plane banked away from the town. People cheered: El Americano. In a culture that valued a man's strength and courage above all, William Morgan's past mattered little. He had reinvented himself as a Cuban hero.

ELLIOTT: So after the revolution, he assumes a position of power, at least military power in a certain town. And it's there where he meets Fidel Castro for the first time. Can you describe for us that meeting?

Mr. SHETTERLY: William Morgan and his men were in a town called Cienfuegos, and they had come in and taken this town and were basically running these towns in the first hours and days after Batista left.

And when Castro heard that the Second National Front and William Morgan and his men were there, he decided to come to Cienfuegos, knowing that this group was a powerful group. That it was probably the second most powerful rebel group in the country. And that he had to deal with them one way or another and at least, perhaps, figure out how to include them in the revolutionary project. And the meeting between Morgan and Castro at that moment was a very brief meeting. They shook hands and congratulated each other briefly.

ELLIOTT: And after that, Castro says something to one of the other leaders of the front that Morgan was involved in. He sounds a bit skeptical of this American.

Mr. SHETTERLY: Yeah. He - Morgan's commanders, a man named Eloy Gutierrez Menoyo and Fidel approaches Menoyo and says, all right, it's time for this American essentially to go home. How much do we have to pay him - this American adventurer?

And Menoyo says he's not an adventurer. He's one of us. He's a revolutionary. And that worried Fidel. And he said, that's peor todavia(ph), that's worse yet. And I think that the story, perhaps that Fidel wanted to tell about what the revolution and what meant and how he'd want it was troubled slightly by having an American hero be part of the Cuban struggle against Batista.

ELLIOTT: Now, a little bit later, Morgan actually becomes useful to Castro when officials in the Dominican Republic offer Morgan a million dollars to topple Fidel Castro. Morgan decides to become a double agent and ends up boiling the pot. So what happened after this? Why did he later end up breaking with Castro?

Mr. SHETTERLY: Morgan and the group he'd fought with had been very clear from the beginning that what they were fighting for was democracy in Cuba. And Cuba had a constitution that had been in place prior to Batista's coup in 1952. And what Morgan and the men he fought with were saying, okay, it's time for democracy to start happening here. And not only did they not see that happening but they saw things happening that seem to run counter to this idea. And so, they started to be a little bit skeptical about the direction of the revolution, but still holding out hope that the revolution would set itself straight.

ELLIOTT: But he was convicted for plotting counterrevolution.

Mr. SHTTERLY: Exactly. He decided that there was no return, that this government was going in the wrong direction as far as he and his allies were concerned, and he did begin to plot against the revolution, and was caught and Morgan was put in prison and then executed in 1961, just before the Bay of Pigs.

ELLIOTT: Could William Morgan have been working for the CIA?

Mr. SHETTERLY: You know, a lot of people have asked that. I've talked to a number of people who have been in the CIA about him and people are very skeptical. They say, you know, he's too unreliable. You weren't sure who he was with at any given time. And so it seems doubtful that even though he has a reputation from the Cuban government of having been a CIA agent that he actually would have been working for the CIA. I think, later in his time in Cuba, when he does start to turn against the Cuban government, the information that he was providing to people was certainly making its way to the CIA and helping them figure out, you know, what was going on in Cuba.

ELLIOTT: Aran Shetterly, does William Morgan's story reveal anything about Cuban-American relations today? You made it sound like this is still a very touchy subject when you went to interview people in Cuba and in the Cuban exile community in South Florida.

Mr. SHETTERLY: It's a very touchy subject and I think that one of the reasons I wanted to write this story, apart from the fact that it just struck when I learned about it as this amazing story of war and self-reinvention and the reinvention of a country, was that the history among Cuban Americans back in Cuba is so tightly controlled that there's very little space for, sort of, a middle ground for new information to come in.

And as I got writing this book, one thing that occurred to me is it was going to annoy people on all sides of the Cuba debate and I thought that might mean that I've done something right. Maybe I'm opening up a space where ideas and people, who have been part of this history can be talked about, that it's more than just Fidel Castro on one side and the U.S. and Miami Cubans on the other side.

Thank you for talking with us. 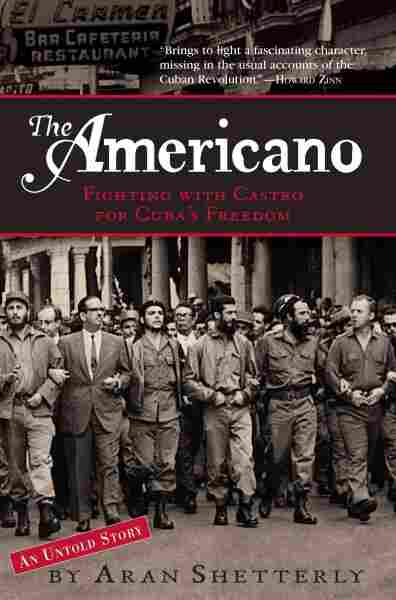 Fighting With Castro For Cuba's Freedom