Accessibility links
The New Republic: Who Should Test For Alzheimer's? A study published Tuesday suggest that a spinal tap can detect, with nearly perfect accuracy, development of Alzheimer's years before the symptoms start to appear. But since there's no cure, Jonathan D. Moreno of The New Repuiblic discusses what Americans, as a society and individuals, should do with this test.

The New Republic: Who Should Test For Alzheimer's?

The New Republic: Who Should Test For Alzheimer's? 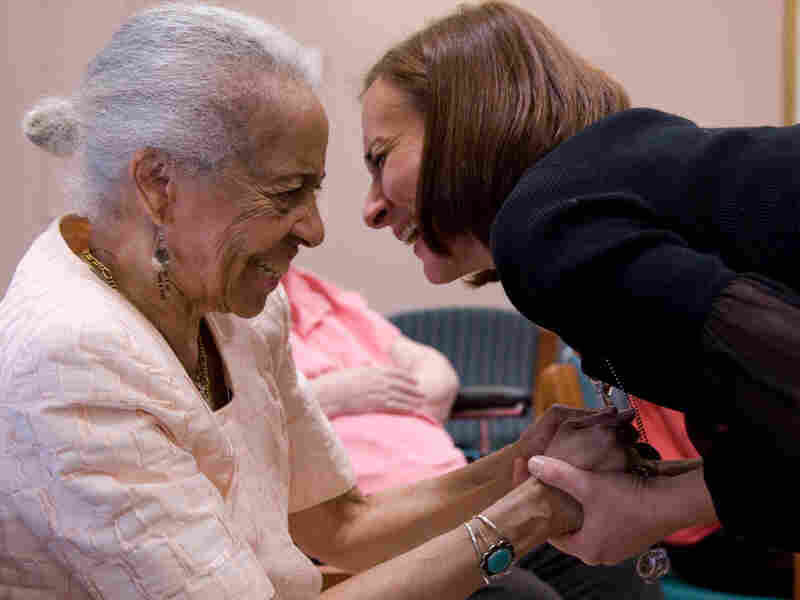 The National Institute on Aging estimates that as many as 5.1 million Americans might have Alzheimer's. Saul Loeb/AFP/Getty Images hide caption 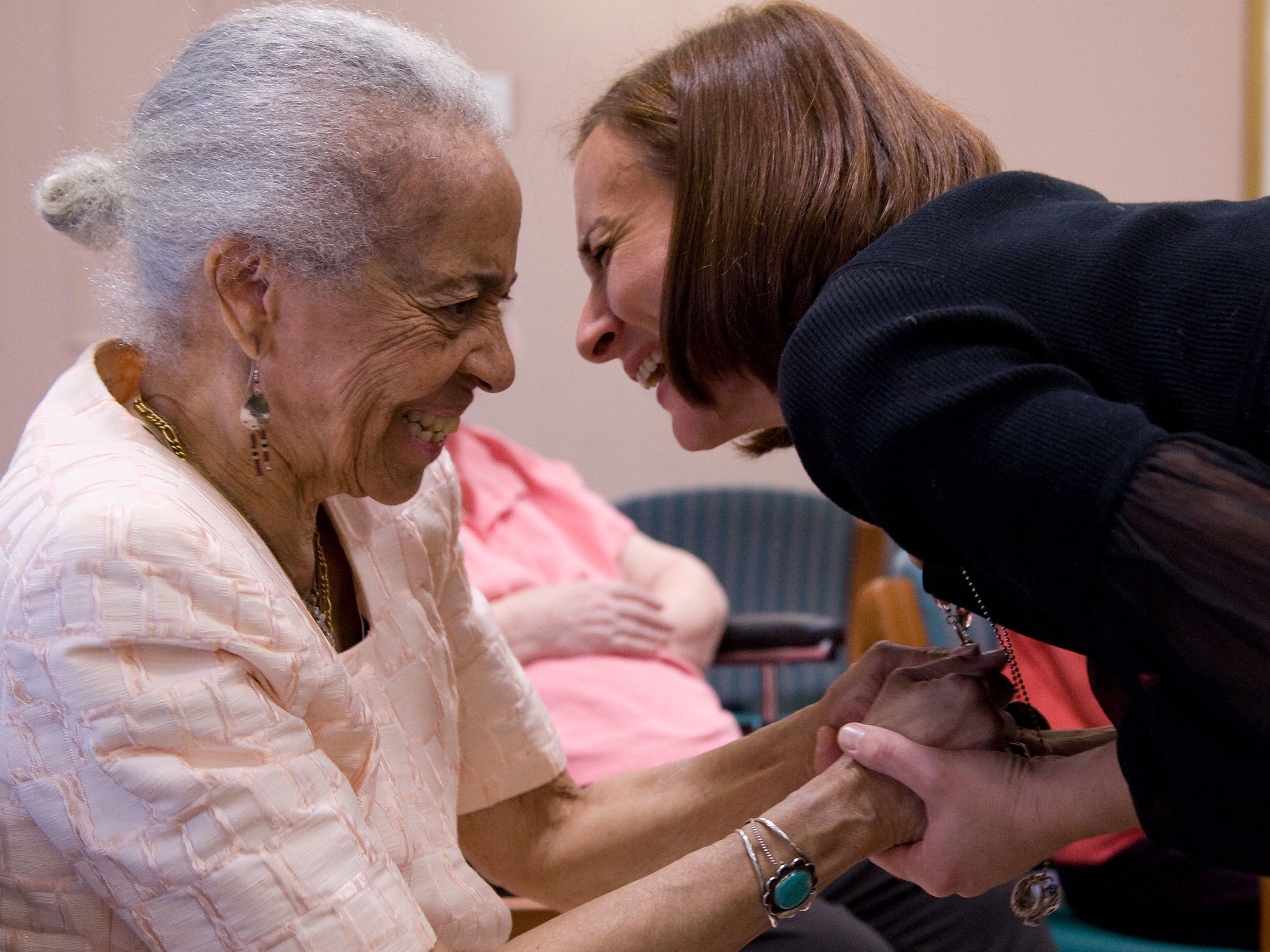 The National Institute on Aging estimates that as many as 5.1 million Americans might have Alzheimer's.

Note From The Editors of The New Republic: We may have a new, extremely reliable test for Alzheimer's disease. On Tuesday, a study published in the Annals of Neurology suggested that a spinal tap can detect, with nearly perfect accuracy, development of Alzheimer's years before the symptoms start to appear. But since there's no cure for Alzheimer's, what should Americans, as a society and individuals, do with this test? Who should get it? And when? We put those questions to Jonathan D. Moreno, a highly respected bioethicist at the University of Pennsylvania and author, most recently, of Progress in Bioethics. Here's what he told us.

The news that an international team has found a biomarker for Alzheimer's disease in spinal fluid has surely caused much soul-searching since it was reported two days ago. Perhaps most striking was the observation that, in the dispassionate language of medical science, "The unexpected presence of the AD signature in more than one-third of cognitively normal subjects suggests that Alzheimer's pathology is active and detectable earlier than has heretofore been envisioned." This finding suggests that many people who are destined for the disease can be diagnosed some time before they develop any obvious symptoms.

This development is a sign of how elegant the power of detection in modern medicine has become. But it's also a reminder of how clumsy the power of treatment remains. We've seen that with genetics: For all of the talk about genetically engineering super-babies, by splicing and dicing chromosomes, it looks like information from embryonic DNA will mostly be used (for better or worse, depending on your perspective) when couples fearing genetic disease want to select healthier embryos to implant.

With Alzheimer's, right now, the power to detect has fewer consequences for medical intervention, since the disease remains such a grim diagnosis. Some will question when to offer the test -- or even whether to offer it at all. But, sometimes, knowledge really is power. And while some people might use the knowledge to contemplate assisted suicide, years in the future, most would probably use the test simply because they feel the need to have some control -- the chance to plan sensibly for the time they have, the opportunity to put their affairs in order, to re-focus their lives on what is really important to them.

There are, and will be, clinical trials for new treatments: People might take the test so that, if they test positive for Alzheimer's, they can sign up for them -- both to contribute to medical science and to preserve a sense of hope. Some might undertake dietary and other lifestyle changes that seem to delay or lessen the symptoms. The evidence that these kinds of adjustments can make a difference is not definitive but it is growing. One benefit of the tests: Enabling more long-term studies of the benefits of lifestyle modifications.

This is not the first time we've devised early detection for a devastating, incurable disease. The test for Huntington's provokes similar questions -- and, in a sense, it's a more difficult set because those at risk often know their exact odds, from early in their lives, because their affected parent shows symptoms at a young age. People who test positive may base reproductive decisions on their assessment. Some choose to be tested and some don't.

Counseling is part of the standard of care for Huntington's. The same might be required for people who get the Alzheimer's test. Many patients might also seek end-of-life counseling. It is ironic, and sad, that just a few months ago the architects of health reform removed a provision that would have added such counseling to Medicare coverage -- all because some political figures exploited the provision to scare the public about "death panels." (Although most people with Alzheimer's aren't close to death, we badly need a system that encourages doctors to talk to patients.)

There are other public policy issues, too. The National Institute on Aging estimates that as many as 5.1 million Americans might have Alzheimer's. Insurers are going to have to decide about their policies for supporting testing and related expenses. Families as well as patients will need support.

Soon, a brain scan is likely to replace the spinal tap as the means for early detection of Alzheimer's. That will certainly be an improvement. Hopefully more innovation follows -- in the form of treatment and, eventually, a cure. If testing leads to more research and trials, maybe it will.