Accessibility links
Signing, Singing, Speaking: How Language Evolved Humans evolved a brain with an extraordinary knack for language, but just how and when we began using language is still largely a mystery. Early human communication may have been in sign language or song, and scientists are studying other animals to learn how human language evolved.

These words you are reading are really just a collection of arbitrary symbols. Yet, after some decoding by your brain, these symbols convey meaning. That's because humans have evolved a brain with an extraordinary knack for language. And language has given us a major advantage over other species.

Yet scientists still don't know when and how we began using language.

Fun With Words: A Visual Puzzle

"The Earth would not be the way it is if humankind didn't have the ability to communicate, to organize itself, to pass knowledge down from generation to generation," says Jeff Elman, a professor of cognitive science at the University of California, San Diego. "We'd be living in troops of very smart baboons," he says.

Instead, language has allowed us to cooperate in groups of millions instead of dozens, he says. It also lets us share the complex ideas produced by our brains, and it's flexible in ways you don't find in the communication systems of other species.

Bees, for example, use an elaborate communication system to tell one another precisely how to get from the hive to a source of pollen, Elman says. "But that's all it does," he says. "They can't talk about politics. They can't talk about who's having an affair with what other bee -- and these are things that we can do."

The Ingredients For Language

There's no single module in our brain that produces language. Instead, language seems to come from lots of different circuits. And many of those circuits also exist in other species.

For example, some birds can imitate human speech. Some monkeys use specific calls to tell one another whether a predator is a leopard, a snake or an eagle. And dogs are very good at reading our gestures and tone of voice. Take all of those bits and you get "exactly the right ingredients for making language possible," Elman says.

But language is a behavior, not a physical attribute. So there is no fossil record of when it first appeared, says David Armstrong, who spent decades studying the origin of language before retiring from Gallaudet University, a university for the deaf and hard of hearing in Washington, D.C.

"We have no way of knowing exactly when or how people began to speak, or in the case of sign language, when they began to sign or to gesture in a way that was complex enough for us to consider it to have been language," Armstrong says.

An Aptitude For Language

A remarkably wide range of animals are capable of communication of some kind. Here's a sampling of some of them from the NPR archive:

Alex The Parrot, An Apt Student, Passes Away

Language means more than just having a label for an ax -- it means being able to convey a message like, "The ax works better if you hold it this way."

There are several competing hypotheses about how that ability emerged.

Armstrong says he thinks gestures involving the hands may well have been the earliest form of complex human communication.

Evidence from fossils supports that idea, Armstrong says. It shows that a modern hand capable of sign language evolved not long after our ape-like ancestors stopped walking on their knuckles a few million years ago.

In contrast, the modern vocal tract seems to have arrived much later, Armstrong says.

And the modern version of a gene called FOXP2, which is important for speech and language, didn't appear until perhaps 100,000 years ago, he says

So early human ancestors probably used gestures to communicate, Armstrong says, because "articulate speech of the sort that we employ would have been probably difficult."

Also, sign language would have suited the early human lifestyle, Armstrong says. Groups of hunters could have used visual signs to communicate during a hunt without alerting their prey. It's possible that gestures eventually became associated with sounds, which got more sophisticated as the human vocal tract evolved, Armstrong says.

Even now, there are close links between the brain centers involved in speech and those involved in sign language. Of course, once spoken language appeared, Armstrong says, it would have given our ancestors a huge advantage when they weren't hunting. They would have been able to communicate in the dark and while using hand tools.

Another idea about the origin of language is that it came from song. Ani Patel of The Neurosciences Institute in San Diego says this idea just feels right to a lot of people.

"We feel music just taps into this kind of pre-cognitive archaic part of ourselves," he says. So it seems to make sense that music came "before we had this complicated articulate language that we use to do abstract thinking."

Even Charles Darwin "talked about our ancestors singing love songs to each other before we could speak articulate language," Patel says.

And musical ability is similar to language in that you can see aspects of it in other species. Some monkeys can recognize dissonant tones, songbirds use complicated patterns of pitch and rhythm, and a few parrots can even dance to a beat.

When a parent speaks to a baby, "it's this kind of lilting intonation," he says. "There is a lot of rhythm, a lot of exaggerated pitch contours, and people have speculated that this way of communicating with infants may have been one of the important roots to language in our species." 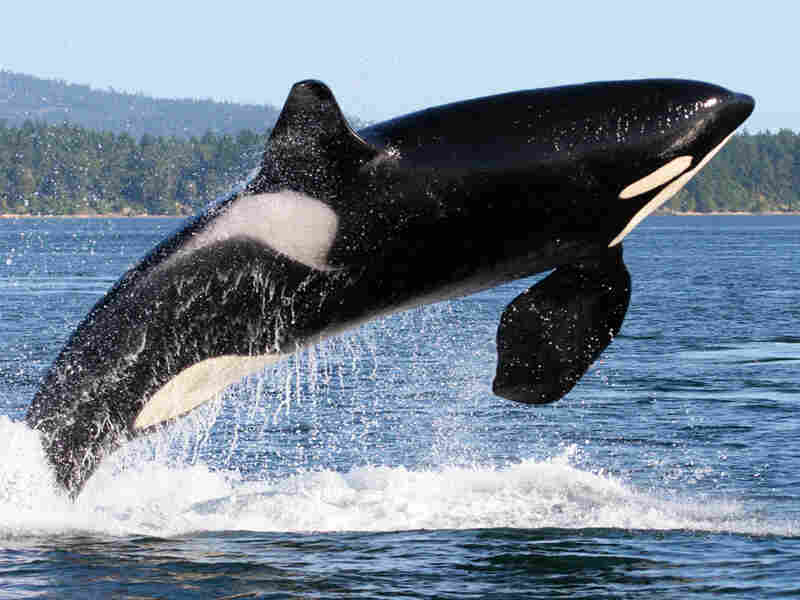 Whales are able to differentiate calls from specific pods. This may help them identify one another. iStockphoto.com hide caption 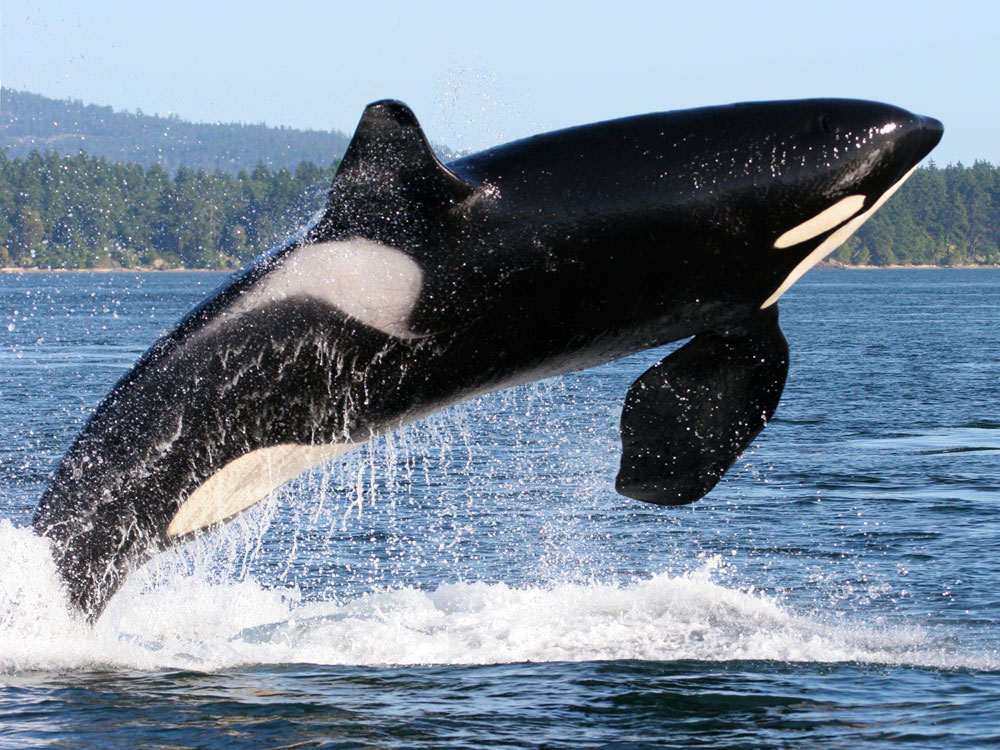 Whales are able to differentiate calls from specific pods. This may help them identify one another.

He says it's possible that language emerged without help from either gestures or music. It might have come from a behavior you see in another smart mammal with a long life span: the killer whale.

Scientists have shown that calls from whales in the same pod share a distinctive dialect, which seems to help them identify one another.

Our ancestors also lived in small groups "where affiliation and identity was important," Patel says. So perhaps they began making distinctive sounds for the same reason whales did, he says, and these sounds eventually led to language.