Accessibility links
House Panel Investigates Military Death Benefits The House Oversight Committee is asking Prudential to answer questions about how it handles death benefits for the families of service members killed in action. An investigation by Bloomberg Markets magazine shows that insurance companies are making interest on benefits, instead of paying families upfront. 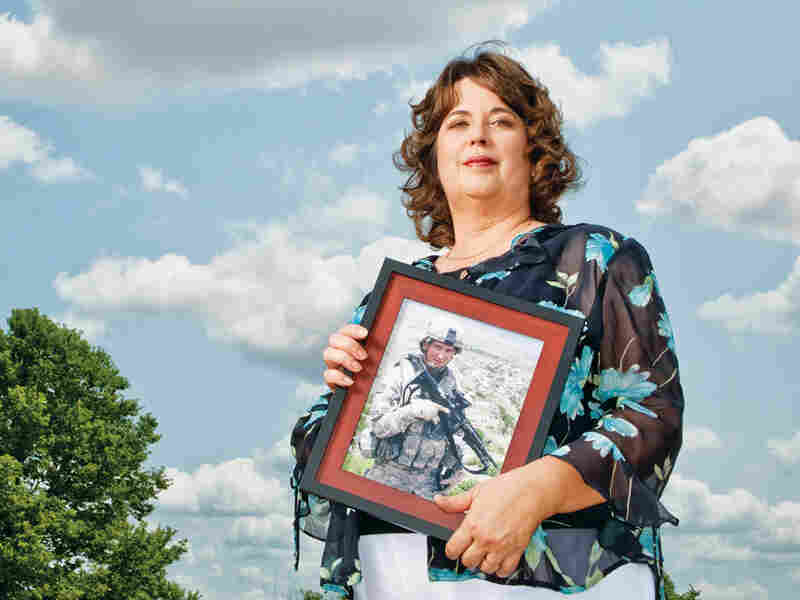 Cindy Lohman is seen holding a photo of her son Ryan, who was killed by a bomb in Afghanistan. She says she feels betrayed by Prudential, his life insurance company. Bill Cramer/Bloomberg hide caption 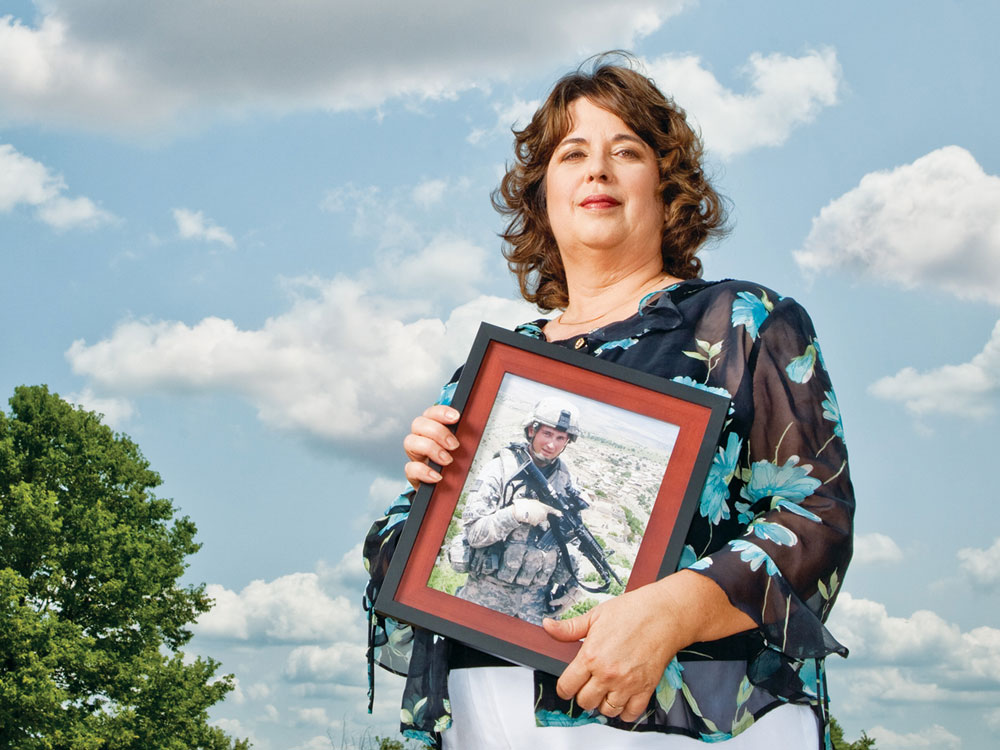 Cindy Lohman is seen holding a photo of her son Ryan, who was killed by a bomb in Afghanistan. She says she feels betrayed by Prudential, his life insurance company.

A House panel has launched an investigation into claims that insurance companies are taking advantage of the families of service members killed in Iraq and Afghanistan with the way they handle death benefits.

The House Oversight and Government Reform Committee has asked Prudential Insurance, which contracts with the Department of Veterans Affairs to provide life insurance for members of the armed forces, for some answers about what are known as retained asset accounts.

But in retained asset accounts, rather than paying out death claims all at once, the insurance companies keep the funds in an account, and give beneficiaries so-called checkbooks to access the money. The companies pay the beneficiaries a small amount of interest for the money they're holding -- usually 1 percent or less -- while the companies themselves invest the money and earn a much higher return, often around 4 or 5 percent.

The practice is fairly common in the insurance industry. The companies say these accounts are a convenient service at a time of emotional duress, and give grieving families one less issue to deal with.

An investigation by Bloomberg Markets magazine determined there are as many as 1 million such accounts, containing some $28 billion.

But critics say insurance companies are taking advantage of people with these policies at a time of great emotional strain, especially families of service members killed in action. Mark Umbrell, whose son, an Army ranger, was killed in Iraq in 2007, says he was skeptical about the benefits from the beginning.

"I thought we were going to get a check from the government for $400,000. And when I read into this, I remember my wife and I having a conversation that this is a scam, this insurance company or this bank -- they're stealing money," he says.

Now, beneficiaries can take the checkbook, write out a check for the entire amount due to them, and put it in the bank.

That's what Umbrell did. But he doesn't think much of the practice, especially because on the death benefit form, he requested the money be paid in one lump sum to begin with.

And a lot of people try to use these checkbooks as if they are actual bank checks, which they are not, and are surprised and embarrassed when stores won't accept them, or find it takes more than a week for a bank to clear the drafts. Stories like these outrage Joe Davis with the Veterans of Foreign Wars in Washington.

"To make money off of dead soldiers -- you don't do that," Davis says. "That's just not right. And just because they are doing this to all beneficiaries across the nation doesn't make this any less egregious."

The VA issued a statement saying it is investigating the policies, but declined NPR's request for an interview. The VA this week sent a letter to family members, ensuring them that their funds are safe. Prudential says it's working with the VA to address concerns.

Paul Graham, a senior vice president with the American Council of Life Insurers, the industry's trade group, says the industry has had "positive feedback from beneficiaries that have liked these accounts, but we certainly are open to reviewing any problems that have occurred."

The House Oversight and Government Reform Committee on Wednesday sent a letter to Prudential outlining more than two dozen questions it wants the company to answer, including how much Prudential earns on the money held in the accounts, and how much interest it pays beneficiaries on that money. Several other members of Congress have also questioned the accounts, as well as at least two state attorneys general.

The Federal Deposit Insurance Corp. now says it also has concerns about whether the insurance companies are properly informing beneficiaries that the money held in the retained asset accounts is not FDIC-insured. The benefits are protected by state insurance funds, but not to the full $400,000 amount.

Cindy Lohman, a Maryland nurse whose son was killed by a roadside bomb in Afghanistan, received a letter this week from the VA, along with other military families, assuring that her money held in the retained asset accounts is safe.

She hopes something comes of all this. She calls herself "a firm believer in the military as a family, and I still continue to be part of that greater family, even though my son has died. We've worked for the military for a number of years. I'm hoping that they're sincere about looking at it and improving the process for the families."