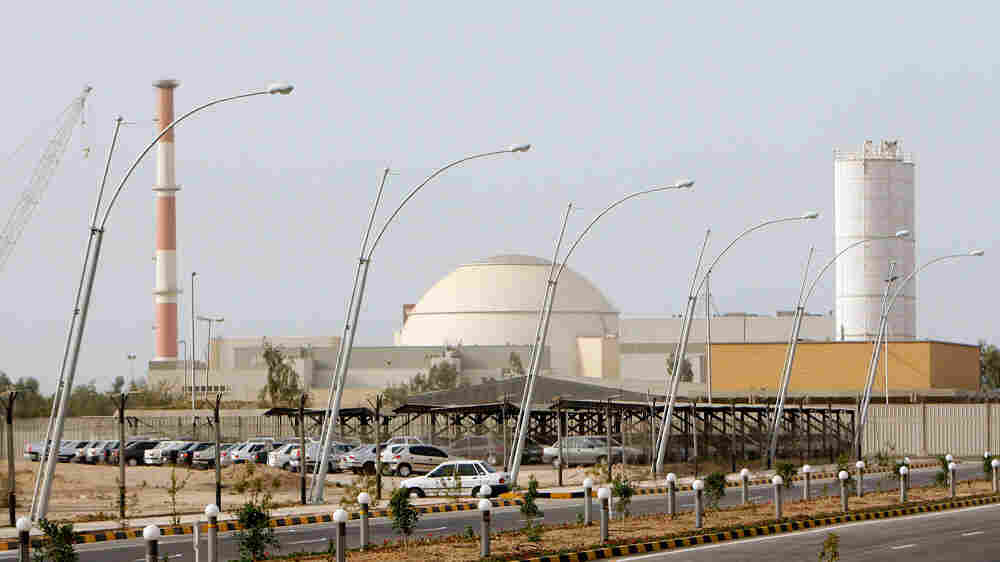 Russia signed a $1 billion contract in 1995 to build the Bushehr plant, seen here in 2009, but it has dragged its feet for years in completing the project. Hasan Sarbakhshian/AP hide caption 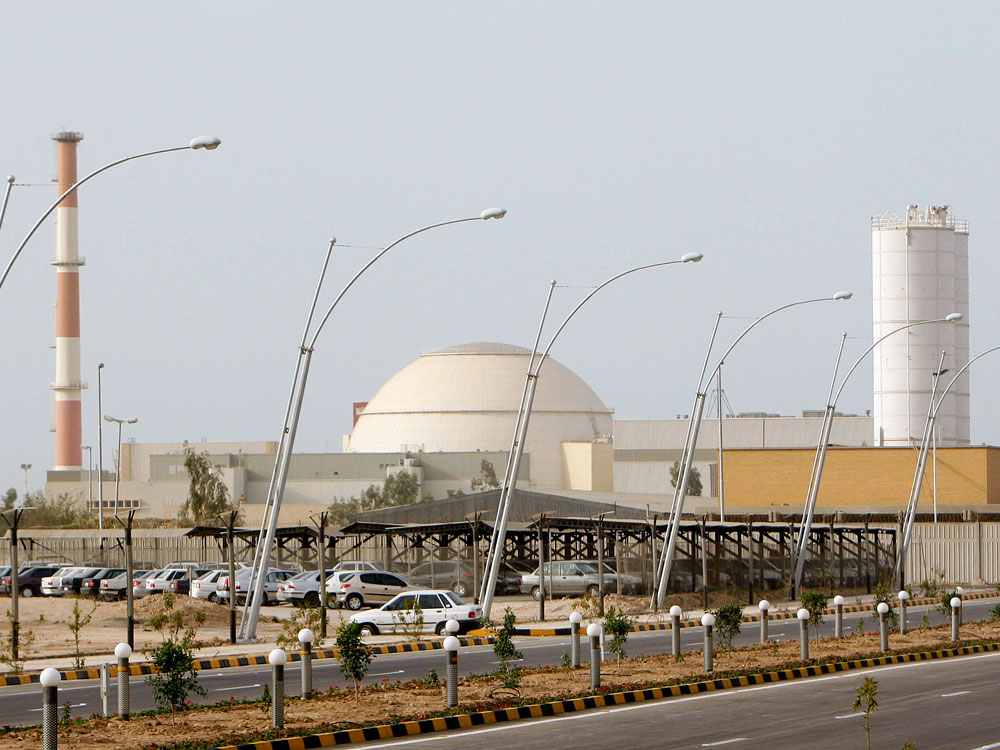 Russia signed a $1 billion contract in 1995 to build the Bushehr plant, seen here in 2009, but it has dragged its feet for years in completing the project.

Russia's nuclear agency said Friday that it will load fuel into Iran's first nuclear power plant next week, moving ahead with launching the facility despite Iran's defiance of international demand to halt uranium enrichment.

Russia's state nuclear corporation, Rosatom, has set Aug. 21 as the date to load fuel rods into the Bushehr plant.

Rosatom spokesman Sergei Novikov told Russia Today, an English-language television station, that this is a major step. "It means from this moment we will consider and we will classify, certify, this plant as a nuclear energy installation," he said. "This event will symbolize that the period of testing is over and the stage of physical start-up has begun."

Novikov said Rosatom chief Sergei Kiriyenko will travel to Bushehr in southern Iran for the Aug. 21 ceremony, which will also be attended by Iranian Vice President Ali Akbar Salehi, who also heads the Atomic Energy Organization of Iran.

Novikov says this should be viewed as a signal to Iran that the international community supports peaceful nuclear energy for the country.

The Bushehr project was started in the 1970s by the German company Siemens; Russia picked up the project to build the plant in 1995 after signing a $1 billion contract. Iran often complained the Russians delayed work on the plant to have some leverage over Tehran, while Moscow said there have been financial disputes.

"Bushehr is designed to provide electricity to Iran," Crowley said. "It is not viewed as a proliferation risk because Russia is providing the needed fuel and taking back the spent nuclear fuel, which is the principal source of potential proliferation."

Crowley argues that the deal also undercuts Iran's argument that it needs to have its own enrichment capability. "This is exactly the kind of model that we and others within the international community have offered to Iran over the years," he said.

The lack of outrage in Washington came as no surprise to Iran watcher Jim Walsh, a research associate at the Massachusetts Institute of Technology's Security Studies Program.

"Bushehr is really a symbol for how nonproliferation policy toward Iran has evolved these last 25 years," Walsh said. "You know, you think back to Bill Clinton and George Bush the elder before him, Bushehr was the be all and end all of U.S. nonproliferation policy, and it was all about preventing this plant from being completed."

But by the end of George W. Bush's term, Walsh says, the focus shifted. U.S. officials started saying that Iran is entitled to a civilian nuclear power plant, just not its uranium enrichment program.

"Lots of countries have power plants but can't build a bomb," he said. "By contrast, enrichment and reprocessing plant technologies do provide you a direct route to nuclear weapons."

Iran insists its nuclear program is purely peaceful, aimed at producing nuclear energy, but the United States and others believe Tehran's real goal is to produce atomic weapons.

The U.S. and other world powers, including Russia, have backed sanctions meant to pressure Iran to suspend its uranium enrichment program and return to talks.

In a way, Walsh says, getting the Bushehr plant working -- if it actually happens this time -- could help.

"We all know that the Iranians are going to go to the public and have a big ceremony and say look how great an accomplishment this is," he said. "If they do that, maybe that will give them some flexibility ... on other issues that are actually important, like enrichment."

That, at least, is the hope of diplomats working on this issue.

As for Bushehr, Walsh says though he's less concerned about it from a nonproliferation standpoint, he does have other worries. He says it remains to be seen whether you can build a plant over decades with experts from different countries and do so safely. He says Iranians have told him they are crossing their fingers.

NPR's Michele Kelemen contributed to this report, which also includes material from The Associated Press