Accessibility links
First Listen: The Walkmen, 'Lisbon' The Walkmen's sixth studio album, Lisbon stands out for its sparseness: Its strength lies in its restraint -- the high-on-the-neck lilting guitar and the interplay between that guitar and the way the words are delivered. Hear Lisbon in its entirety until its Sept. 14 release. 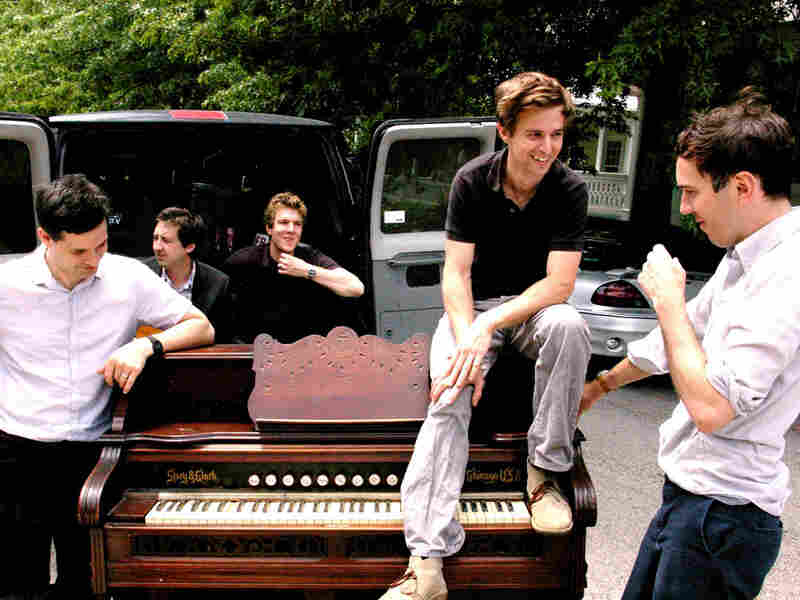 The Walkmen. courtesy of the artist hide caption 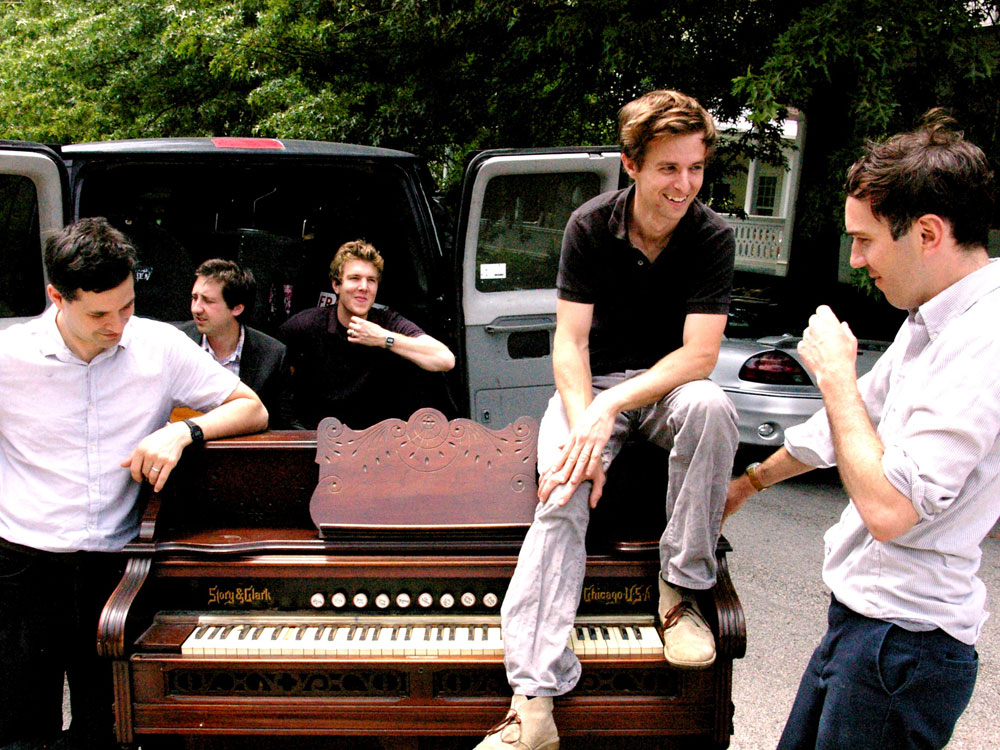 Some unfinished songs from Lisbon came my way early this year, back when NPR Music was trying to put a lineup together for SXSW in March. We'd heard that The Walkmen had been putting the finishing touches on a new record, we liked the demos, and the band was going to perform with a horn section -- we were sold.

Live, the new material The Walkmen performed onstage at Stubbs was appealing -- and I was immediately struck by the horns in a song called "Stranded."

As I spent more time with Lisbon, The Walkmen's sixth studio album, I discovered that the strength of this record lies in its sparseness, and that the horns in "Stranded" made it the odd song out on this record. The strength in Lisbon is restraint -- the high-on-the-neck lilting guitar and the interplay between that guitar and the way the words are delivered.

When we introduced the song on the All Songs Considered blog back in July, singer Hamilton Leithauser told us about the band's trips to Portugal.

"We took two trips to Lisbon over the course of writing this record," Leithauser said. "None of us had ever been there, and we were really blown away by the place. The topography and architecture are stunningly handsome. Even when we were there for the rainy season -- it literally never stopped raining -- it was a trip that outshone a lot of others. We've never had much luck at all in Europe, and the Portuguese were surprisingly accommodating. I think those two trips really helped keep us motivated while making this record. We named the record Lisbon as sort of a 'thank you' and a small tribute."

The intention was to make a short record, and to do that, the band sifted through more than two dozen songs written in the past few years. The 11 tracks chosen for Lisbon make this The Walkmen's most cohesive record. It leaves me wanting more, and that's a good thing.

Lisbon will stream here in its entirety until its release on Sept. 14. Please leave your thoughts on the album in the comments section below.