Accessibility links
Longtime Paganism Leader And Lecturer Dies Phillip Emmons Isaac Bonewits, one of the country's leading elders in contemporary Paganism, died on Thursday. Bonewits founded the Archdruid of Ar nDraiocht Fein: A Druid Fellowship, a group committed to being a public tradition of Druidism. 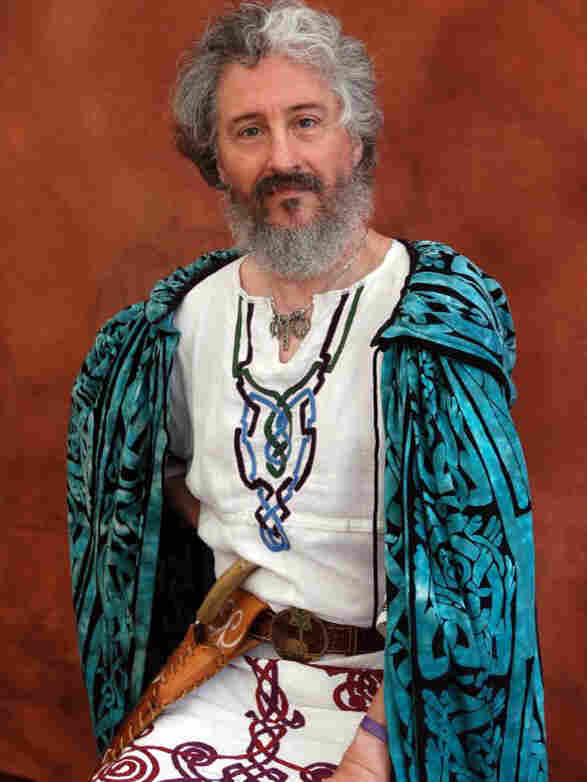 Phillip Emmons Isaac Bonewits, one of the country's leading elders in contemporary Paganism, died on Thursday.

Bonewits was an expert on ancient and modern Druidism as well as an author, lecturer and songwriter.

He also had a sardonic wit. Bonewits' first book, Real Magic: An Introductory Treatise on the Basic Principles of Yellow Magic, included his diploma from the University of California, Berkeley on the back cover. It read: "A major in magic," and his diploma was signed as all Berkeley diplomas were in 1970 by Gov. Ronald Reagan.

Throughout his career, Bonewits maintained a skeptical view of much of the occult, but he believed there was a real psychic reality. He always used humor.

In a lecture in Canada in 2009, he said tribes for thousands of years used magic and developed rules around it for the good of the tribe. There wasn't a whole lot being said about magic done to people who belonged to other tribes, "because people who don't belong to our tribe, as we all know, aren't completely human," he said, as people laughed. "That's the entire history of our species, unfortunately."

Bonewits was founder and the archdruid of Ar nDraiocht Fein: A Druid Fellowship. Most Druid orders are secret, but the ADF was committed to being a public tradition of Druidism. The religion emphasizes harmony and respect for nature.

For more than 40 years, Bonewits influenced the growing Earth religions movement, and he had no patience for some of the lies and exaggerations that certain leaders of Paganism and Wicca made about their origins and history. He influenced these movements to end claims of an unbroken lineage to the ancient world.

He understood that groups can easily turn into cults, and after the Jim Jones Peoples Temple massacre in 1978 he created a way to measure cult dangers: The Advanced Bonewits Cult Danger Evaluation Frame. It uses a scale of 1-10 to evaluate any group. For example -- looking at an organization, you could ask: How much internal control over members does it have? How much censorship of members' access to outside opinions? How grim and humorless is it? The higher the score, the more dangerous.

Bonewits released two albums, Be Pagan Once Again and Avalon is Rising, and is author of several books, including the 2007 Real Energy, which he co-authored with his wife, Phaedra.