Accessibility links
Affirmative Action: How Far Have We Come? A 2003 Supreme Court ruling on the University of Michigan's race-based admissions policy included a prediction that such policies would no longer be necessary in 25 years. Just seven years later, with a shrinking white majority, immigration debates and a black president, commentators have been clamoring for an end to affirmative action at colleges and universities.

Listen
Affirmative Action: How Far Have We Come? 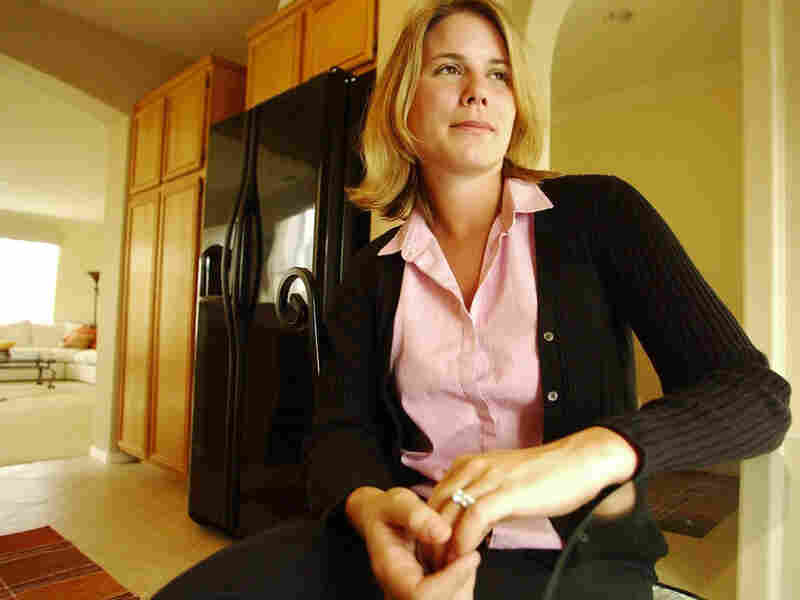 Jennifer Gratz, one of the plaintiffs who sued the University of Michigan after being denied admission to the school, is shown at her home on June 23, 2003. That day, a divided Supreme Court allowed universities to give minority applicants an edge in admissions, ruling that the path to leadership in the nation must "be visibly open to talented and qualified individuals of every race and ethnicity." Sandy Huffaker/Pool/AP hide caption 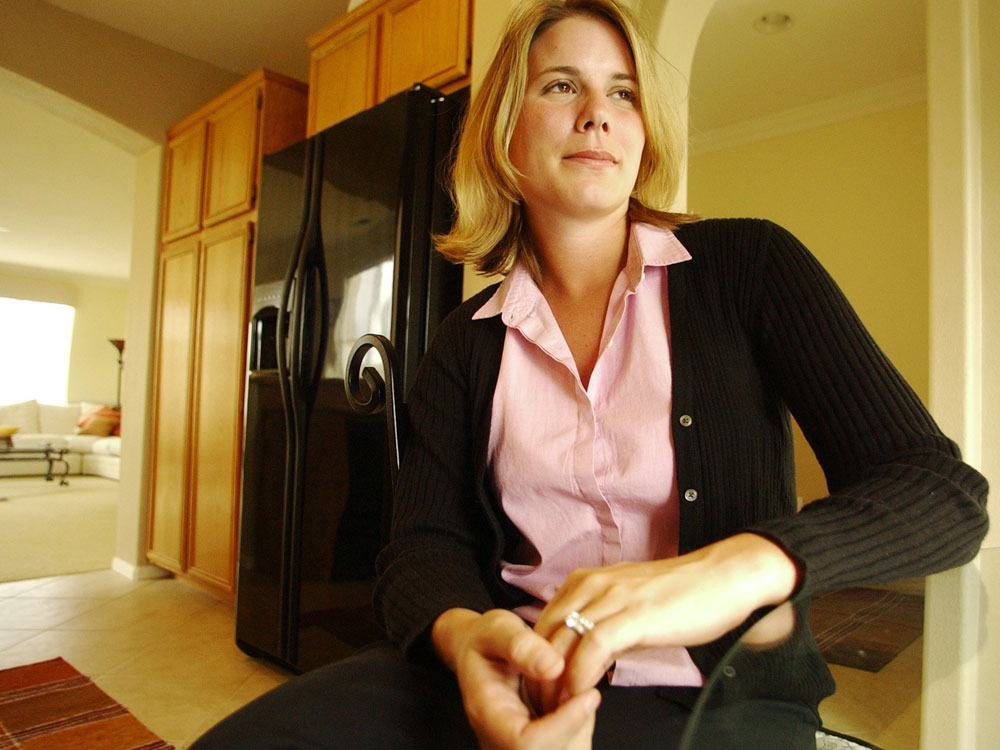 Jennifer Gratz, one of the plaintiffs who sued the University of Michigan after being denied admission to the school, is shown at her home on June 23, 2003. That day, a divided Supreme Court allowed universities to give minority applicants an edge in admissions, ruling that the path to leadership in the nation must "be visibly open to talented and qualified individuals of every race and ethnicity."

As students flock back to America's colleges for the fall semester, commentators across the political spectrum have been debating what's become a lightning-rod issue in the admissions process: affirmative action.

And one of the key figures in that debate made her debut in the public eye as a name on a Supreme Court case.

She's Jennifer Gratz, and in 1995 she applied for admission to the University of Michigan. With a 3.8 grade-point average, she thought she was a lock. But the school rejected her.

Gratz remembers getting her rejection letter. "There were rumors in high school that the University of Michigan used race in their admissions policy," she tells NPR's Guy Raz. "I remember hearing that and thinking, 'There's no way -- that can't be true.' "

Two years later, she sued, claiming she was unfairly denied admission because of the school's affirmative-action policies.

The case eventually was paired with a similar suit against the University of Michigan Law School, and in 2003, the Supreme Court issued its decision on both.

Writing for the majority, Sandra Day O'Connor said a diverse student body did, in fact, represent a "compelling state interest," which the University of Michigan was well was within its rights to pursue. What it could not do, however, was use an automatic race-point system to achieve that diversity.

Justice O'Connor's decision concluded with a prediction: "The Court expects that 25 years from now, the use of racial preferences will no longer be necessary to further the interest approved today."

A Quarter-Century Is A Long Time

Just seven years later, a number of commentators are ready for change.

"Affirmative Action's Time is Up," Gregory Rodriguez writes in the Los Angeles Times. He argues "white racial anxiety" will be "the most significant and potentially dangerous trend of the coming decade."

New York Times columnist Ross Douthat strikes a similar tone in his essay "The Roots of White Anxiety." He writes: "Among the white working class ... alienation from the American meritocracy fuels the kind of racially tinged conspiracy theories [Glenn] Beck and others have exploited." 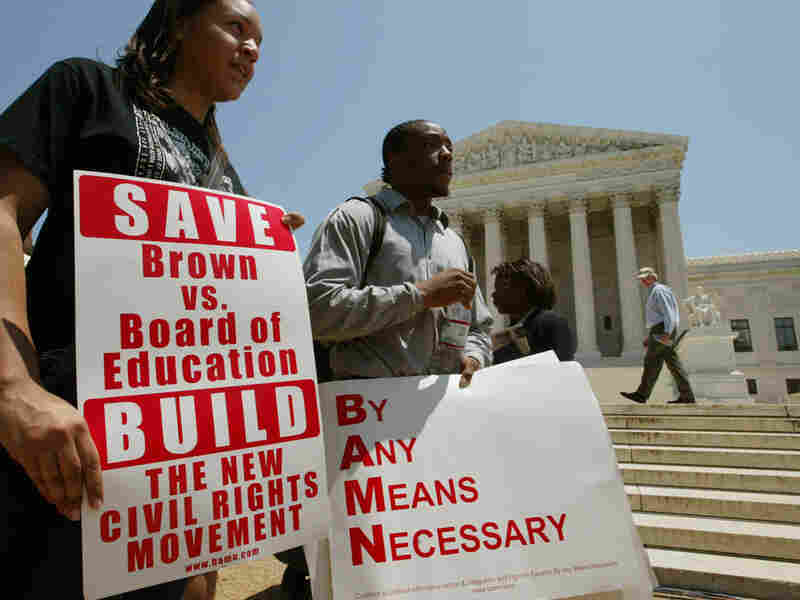 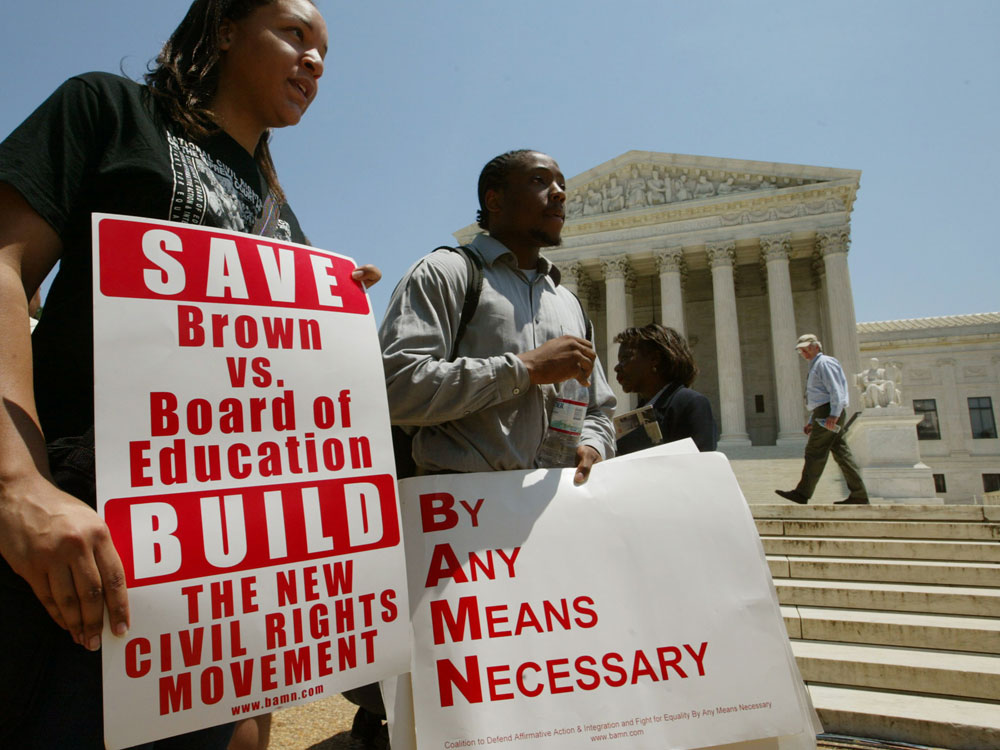 Douthat traces the origin of that racial tension back to college campuses: "The most under-represented groups on elite campuses often aren't racial minorities; they're working class whites."

Linguist and Columbia University lecturer John McWhorter also argues against affirmative action, but he's not as concerned with "white anxiety."

"The world will keep spinning if some white people are anxious," McWhorter says. "What concerns me is that until you get rid of a system that says B-plus is about as well as you have to do, then that's about as good as all but a few strange shooting stars are going to do."

Writer and essayist Tim Wise agrees with at least one part of that statement: Society isn't perfect.

Wise cites employment data that reveals 1 million black job seekers each year face discrimination. "We know that job applicants with white-sounding names are 50 percent more likely to get called back for an interview than applicants with black-sounding names, even when all the qualifications are the same," he said.

It's a misuse of relevant data, Wise says, to suggest working class whites from the heartland are being left out of elite schools.

"For example, if you take an applicant in Utah who has the same qualifications as an applicant from California, the Utah applicant is very likely to be white and from a semi-rural community," Wise says.

"The Utah applicant actually has a 45 times greater chance than the California applicant of being admitted. That's nine times larger than the so-called preference black students receive."

"And yet the people who complain about so-called racial preference say nothing about the geographic preferences that actually do work sometimes to the benefit of often-times rural and outlying white folk," Wise says.

The Issue Of Underperformance

McWhorter and Wise represent two sides of the philosophical bedrock of the affirmative action debate -- whether it encourages underperformance, or whether minorities would underperform without it.

"In general," McWhorter argues, "people do as well as they have to. How can black parents know what it is to qualify your student for Yale and Princeton in the way that white and Asian kids can, if black students can get into those schools without their parents having had to learn those sorts of things?"

Wise takes issue with that logic. He cites the example of affirmative action use in contracting:

"How many folks of color would really believe that they have a fair shot when they started a company to get a contract?" Wise asks. "They might not start a company at all because they'd think, well, I'm not in the old boy's network, I don't know the right people, forget it -- I'm not even going to try. And at least with affirmative action, they know they can get their foot in the door and hopefully prove themselves."

On the subject of white anxiety -- arguably the root of the modern affirmative action debate -- Wise traces the current fervor back to a fundamental misunderstanding of what the Jennifer Gratz case meant for affirmative action. He says there'd be much less fervor today if more people understood that a set quota system -- the kind Gratz challenged in her lawsuit -- isn't the way affirmative action works.

"The idea that colleges have to have a certain number of black students and certain number of Latino students just isn't true," he says. "But the overwhelming majority of white folks in all the research I've seen believe those lies -- believe those myths. And that's because politicians and commentators have been beating that drum of white racial resentment and backlash."