Accessibility links
Midori's Far-Reaching Message Of Music When she's not keeping a busy schedule of concerts, Midori has founded music education programs here and abroad -- and pursued some education herself, earning a master's degree in psychology. Hear the violinist play Bach, Hindemith and Brahms in the APM studio. 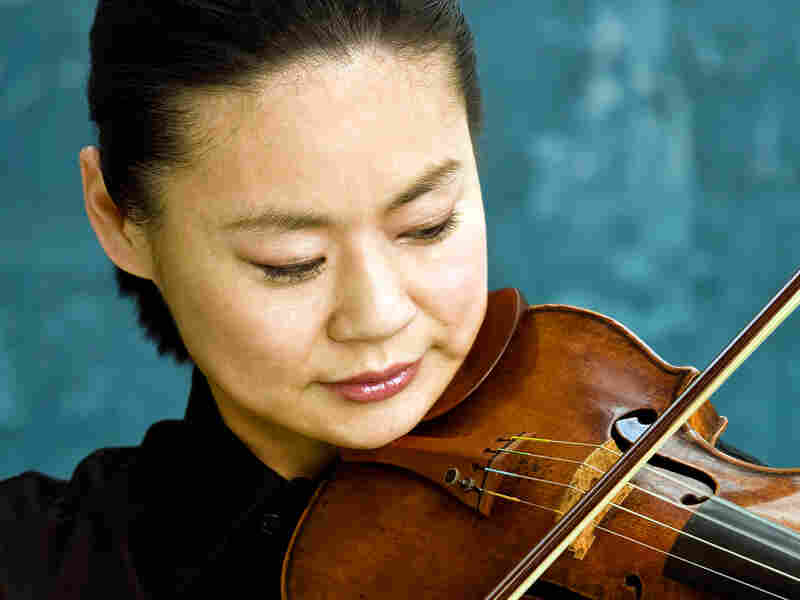 Besides playing the violin, Midori plays a key role in educating young people about classical music around the world. hide caption 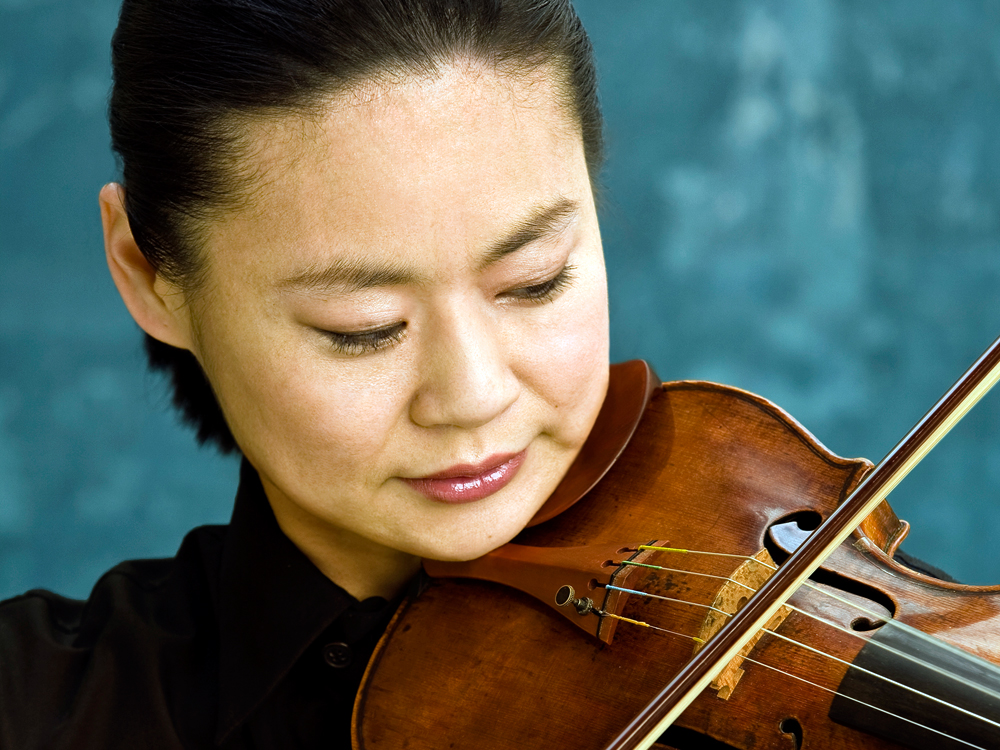 Besides playing the violin, Midori plays a key role in educating young people about classical music around the world.

Midori, with pianist Robert MacDonald, in the Performance Today studio.

Near the end of my conversation with violinist Midori, I was running down the astonishing list of her musical and community outreach activities when I joked, "You might be the most productive person I know!"

It's no joke, though -- there's no one quite like Midori. First of all, she's among the most accomplished violinists of our time. Check out the solo Bach she plays to open our interview. Her playing is utterly assured, with a calm and centered tone, and she brings a kind of assertive melancholy to the music, calling the piece "so spiritual, so cleansing."

Then she teams up with pianist Robert McDonald for the opening movement from the Violin Sonata in G major by Brahms. She starts with the melancholy of the Bach, but she cranks up the emotional heat and adds a note of gentle sweetness.

As you listen, you'll feel the laser-focused dedication in Midori's music-making. She takes that same intensity to her tireless off-stage work. At 21, she founded "Midori and Friends," which brings music education to K-12 students in New York City. Her "Music Sharing" foundation does similar work in Japan. Her "Partners in Performance" program brings world-class chamber music to small towns across the U.S. Her "International Community Engagement Program" has taken music to hospitals and schools in Cambodia, Indonesia and Mongolia. (They're off to Laos in December 2010.) She dedicates two weeks of every year to working with youth orchestras in her Orchestral Residencies Program. She's an official U.N. Messenger of Peace. She's about to start her third year as chair of the strings department at the Thornton School of Music at USC, where she founded the Midori Center for Community Engagement (training musicians on the importance of connecting with communities outside the concert hall) and teaches during the summer at a music festival in Germany. All of that on top of a busy concert schedule.

Oh, and she finished a master's degree in psychology in 2005.

Given how long she's been central to the classical music world, a casual fan might be forgiven for thinking Midori is heading into her 60s. Actually, she's 38, and not much bigger than she was when she made a surprise guest appearance with the New York Philharmonic at age 11.

She has the same sly smile, but she's also developed a deep-seated belief in the power of music as a positive force throughout the world.