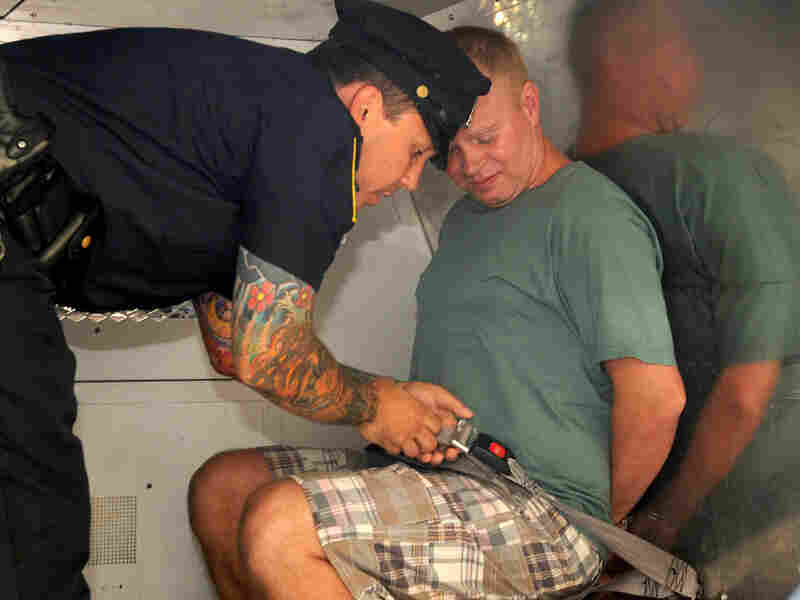 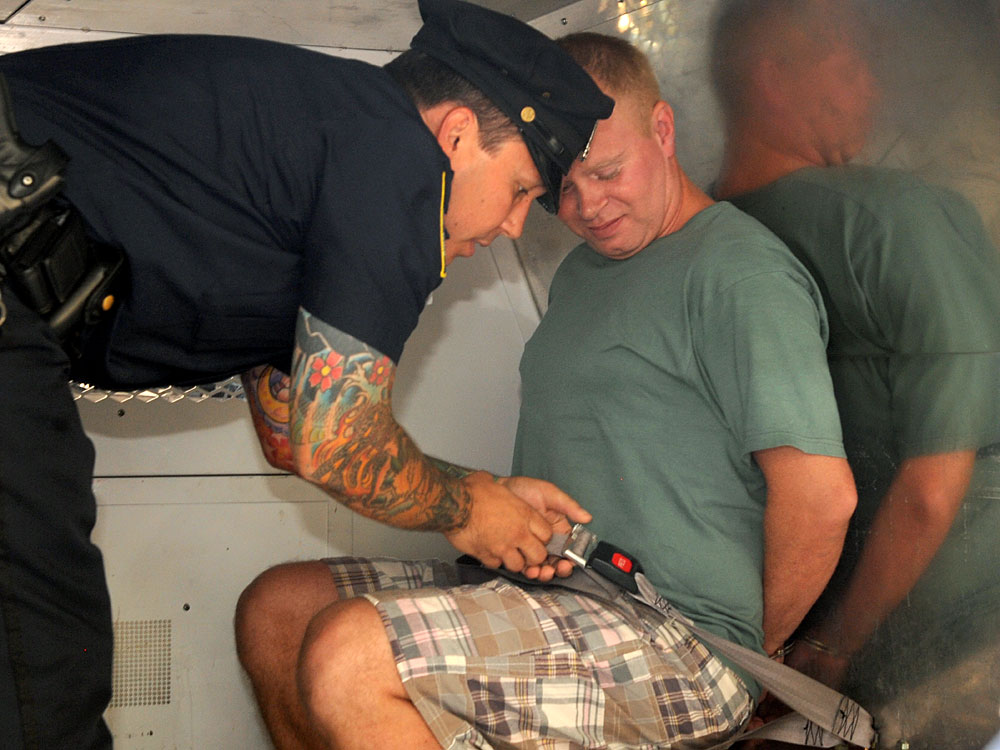 Steven Slater was arrested on charges of criminal mischief, reckless endangerment and trespassing.

Finally, a word about former JetBlue flight attendant/folk hero Steven Slater, he of the dramatic exit from his aircraft and apparently his job last week.

Let me just say upfront, I have very little sympathy for this man.

So what if he was having a bad day and he says some passenger was rude to him? Even abusive to him? That does not, to my way of thinking, justify cursing at a whole plane full of people, most of whom were probably perfectly nice or just as cranky and tired as he was.

In my mind, his conduct constitutes an abuse of power.

And while I am very sure he did not see himself as powerful in that situation, he was. Because he was the one wearing the uniform and acting on behalf of the corporation that had hired him and gave him specific duties and the authority to carry them out. And that means he had all kinds of ways to address his situation short of cursing out people who had paid a tidy sum for the purpose of being so treated.

But having said that, I still find myself wondering why he had to be handcuffed and paraded before the television cameras. And increasingly, I wonder if this is not an abuse of power of its own -- an increasingly common practice imposed on people for just about anything. And so common in fact, we barely notice it anymore.

Now of course at the simplest level, I know why the authorities do it. This is a way of law enforcement's reinforcing its authority and letting the public know it's on the job. It's probably a response to the clamor of the news media for more and more access.

And on a visceral level, one can see why this satisfies a lot of societal urges. When someone’s done something horrible, we have a desire to know that the good guys -- our guys -- are in control. And if that means parading someone in handcuffs, so be it. Certainly it's reassuring to see someone like John Allen Muhammad, the sniper who terrified the D.C. area a decade ago, under control. Or someone like Elias Abuelazam, who is accused of stabbing at least 18 people for no apparent reason, five of whom died. Or even the Enron crowd, who cost so many people their hard-earned savings. I can see how seeing those people in handcuffs brings a sigh of relief. The question I have is, should it?

Can I just tell you? It strikes me that this ever more common ritual of humiliation seems incompatible with a system of laws of which we are justifiably proud. And at the core of that system is the principle that people are innocent until they are proven guilty in a court of law as judged by a jury of their peers.

Needless to say, the class and race-driven aspects of this are hard to ignore. When someone with money is required to face the authorities, the first thing a defense lawyer worth his retainer is likely to do is to try to arrange a dignified surrender, so as not to implant in the minds of potential jurors someone in disarray, shuffling awkwardly forward. Which is, it seems to me -- although I do not know from personal experience --the only way I imagine you can walk in handcuffs and possibly leg irons.

But as to the perp walk, it seems that the authorities are responding to the complaints about bias by arresting and perp-walking anybody they can. So Steven Slater gets the gangbanger and b-boy treatment. On one level, that is certainly fairness. But the harder question is whether the alleged gangbangers and the b-boys deserve better. Whether they also deserve the true presumption of innocence that would require us to preserve their dignity, at least until it has been proven beyond a reasonable doubt that they are deserving of a just punishment.

Appropriately in this country, we have been debating in recent years just what is justice; how to ensure justice for those captured on the battlefield along with our national security; how to stop prison rape.

Isn't it time to ask whether in the interest of justice, people who have only been accused of a crime are actually treated as the innocent people our system of laws actually says they are?