Accessibility links
Trouble For The Euro? Not In Estonia The debt crisis among some of the 16 countries that use the euro caused a sharp drop in the currency's value. That led to speculation that the currency's very existence could be in question. But in Estonia, a former Soviet republic and now a member of the EU, many can't wait to adopt the currency. 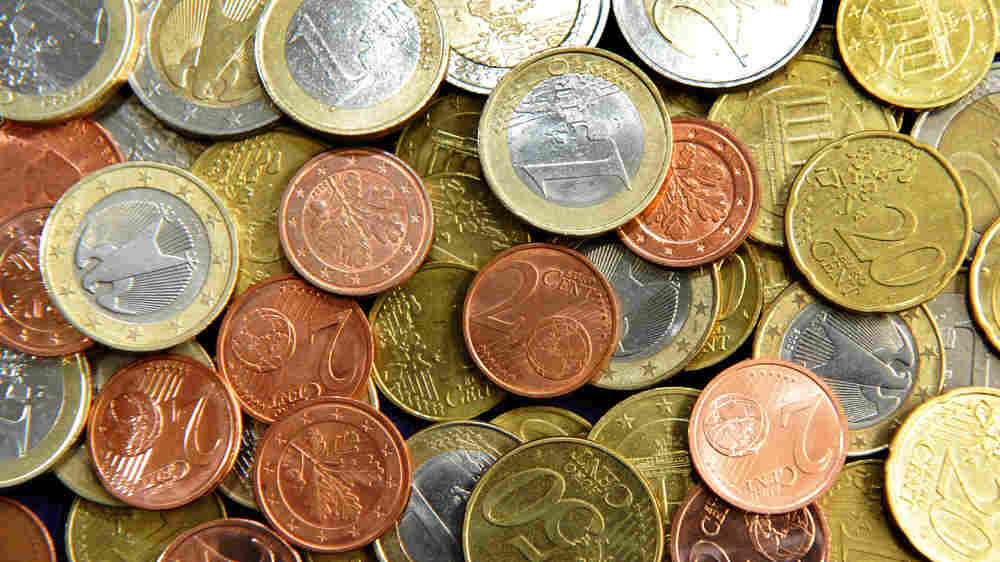 Estonia, which joined the European Union in 2004, will adopt the euro as its currency in January 2011. Matthias Rietschel/AP hide caption 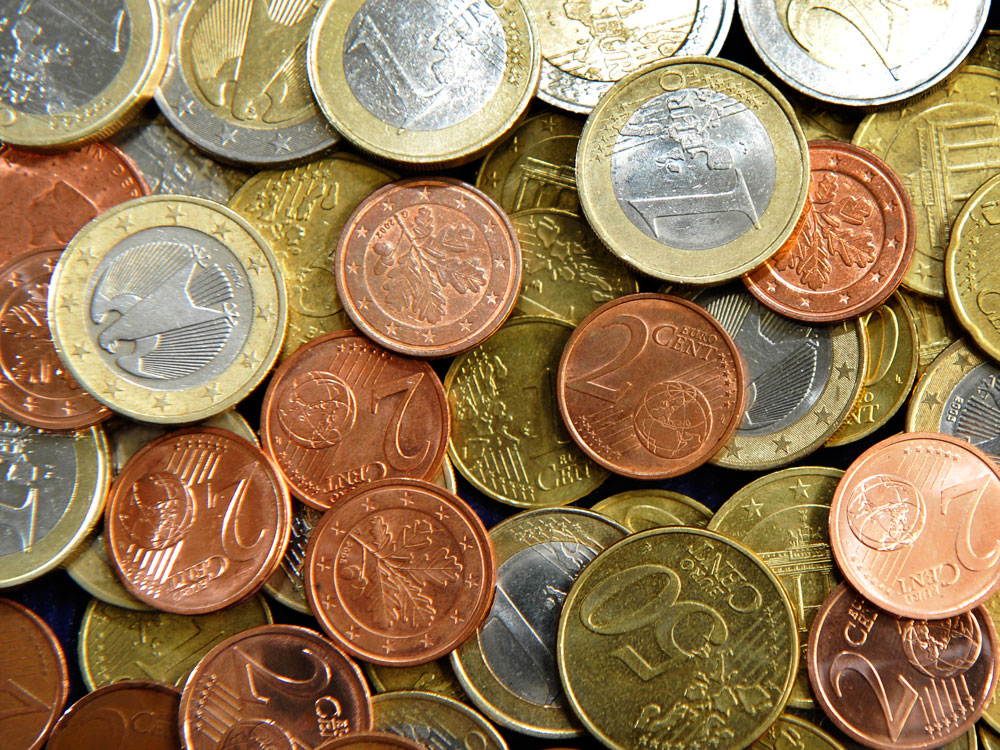 Estonia, which joined the European Union in 2004, will adopt the euro as its currency in January 2011.

In the European Union, with its glum economic news and struggles to halt a debt crisis, there is some good news: There is a country that's actually excited about adopting the euro. It is the small Baltic nation of Estonia, a former Soviet republic and now an EU member, scheduled to enter the eurozone in January 2011.

It is hard to congratulate Estonia, given how awful this year has been for the euro. There has even been talk of the 16-member eurozone collapsing.

Today, Estonia's currency is the kroon -- 500 are worth about $50, and every Estonian knows whose face is on the 500-kroon bill: Carl Robert Jakobson, a famous Estonian writer and politician.

And that's how the currency has come to be known, says currency dealer Kuno Ryaek. "If we speak about our money, 'Ah, please give me some Jakobsons,' " says Ryaek.

But come January, no more Jakobsons. That will be a huge change for Ryaek, who runs a currency exchange business in Estonia's capital, Tallinn.

The kroon became Estonia's currency in 1992. It was a powerful symbol that the Soviet occupation was really over.

But Ryaek feels like his country of roughly 1.4 million people is still on a journey. Joining the EU, then NATO, moved Estonia closer to the West. Adopting the euro, he says, is the next step.

"Of course we would like to belong somewhere. Away from Russia," Ryaek says.

While some European countries have decided against the euro, Estonian leaders say they have little choice. When Estonia joined the EU in 2004, it committed to the currency.

There is a threat that three, five years after we have joined the eurozone we need to pay the debts of some south European nations.

Ivar Raig, an economist at Tallinn University in Estonia

"Joining the eurozone is our obligation, even our agreement," says Jurgen Ligi, Estonia's finance minister.

He explained that the kroon has long had a fixed exchange rate. Its value was tied to the German mark, then later to the euro.

"We are affected by things, the situation, in the eurozone anyway," Ligi says.

What's more, Ligi says his country has always been proud of its efficient economy. Living standards lag behind much of Europe, but there's a flat tax, low government spending, and deficits are taboo. So, Ligi says maybe this timing is actually good. Little Estonia can come in and teach countries like Spain and Greece lessons in fiscal discipline.

"Eurozone is -- and the European Union -- is just now changing the policies and changing it towards Nordic countries, including Estonia," Ligi says.

Not everyone's buying this.

"Wishful thinking, first of all," says Ivar Raig, an economist at Tallinn University. As a member of the eurozone, Estonia may end up being too busy paying other countries' bills, Raig warns.

"There is a threat that three, five years after we have joined the eurozone, we need to pay the debts of some south European nations," Raig says.

Maybe adopting the euro is smart, he says, but why not wait? Estonia just turned a corner. After suffering one of the worst recessions in Europe, the country has an economy that's growing again. The eurozone, Raig says, will mean restrictions and responsibilities that will make it hard for the government to guide a recovery.

What about the historic significance of adopting the single currency -- the argument that the euro helps Estonia integrate with the West?

"We have moved to the West already. We are in the West, under the umbrella of the European Union and especially NATO. We have a good relationship with the United States of America," Raig says.

On the street, 19-year-old Janis Grudinskis plays the trumpet for passers-by, who drop money in his instrument case. Janis offered a simple reason for wanting the euro: more coins. Even small numbers of kroons come in paper bills.

And more coins mean more money will stay in his instrument case, instead of the bills that fly away in the wind.