Accessibility links
Movie Review - 'The Tillman Story' - One Family's Quest For The Truth A new documentary takes a close look at the life and death of Pat Tillman, who famously walked away from a multimillion-dollar contract with the Arizona Cardinals to enlist in the Army. NPR's Bob Mondello says The Tillman Story is a "riveting detective story" -- but also a compelling portrait of Tillman himself. (Recommended) 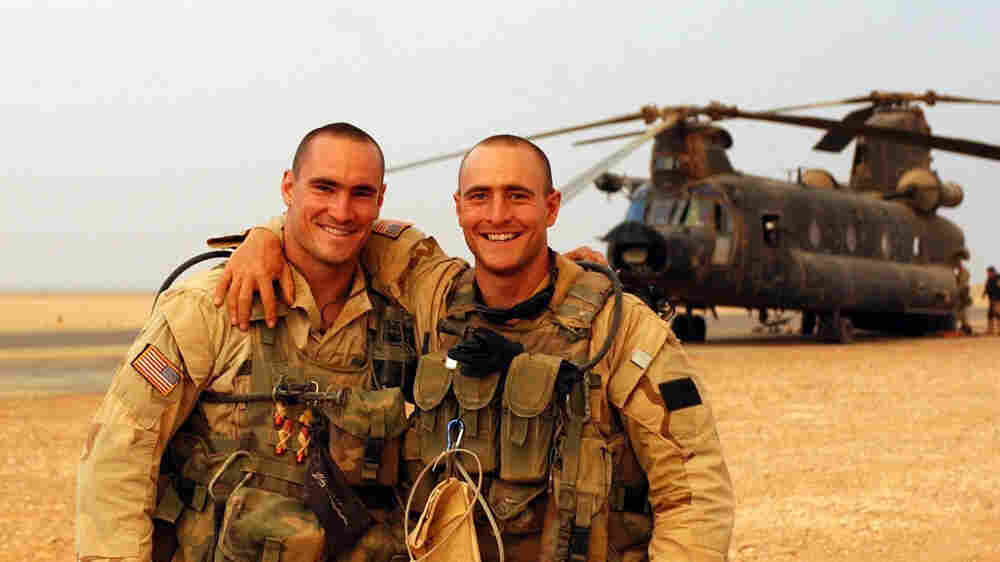 Brothers In Arms: Pat Tillman enlisted in the Army along with his brother Kevin (right), who himself gave up a career in professional baseball. Donald Lee/The Weinstein Co. hide caption

'Bigger Than The Family'

When football star Pat Tillman was killed in Afghanistan in 2004, he was hailed by the Bush administration as a hero who died in combat. Weeks later, a more complicated story emerged, after his family challenged the administration's version of events. Now a documentary, The Tillman Story, chronicles the uncovering of what it suggests is a cover-up.

Tillman, an all-star defensive back with the Arizona Cardinals, had walked away from a multimillion-dollar contract to enlist in the Army just a few months after the World Trade Center came down. He was perhaps the most famous enlisted man in the armed services, and he was lionized when news came two years later that he'd been killed in an ambush by the Taliban. His actions, said military sources, had saved his comrades. The media drumbeat was insistent. Tillman had ordered his men up a hill to attack, they reported; he'd been heard issuing commands to take the fight to the enemy.

None of this, The Tillman Story says, was true.

An investigation eventually showed that Tillman died by friendly fire, and at least one of his fellow soldiers says there were no enemy forces present. Tillman's family says they learned weeks later that the inspiring story the military had circulated was a fabrication, based on reports the government knew to be false. The film shows a paper trail -- including a leaked top-secret document known as a P4 Memo, sent to the White House by Gen. Stanley McChrystal -- that seems to trace that knowledge of falsehood high into the Bush administration. 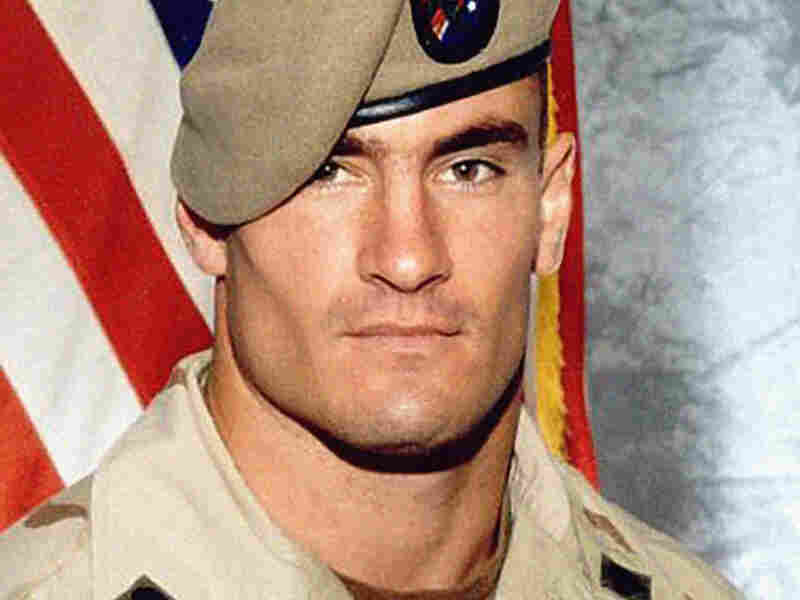 A Martyr For The Cause: On an Army form, Tillman had specifically declined the option of a military funeral, aware that his celebrity might make it easy for the Army to turn his death into a propaganda tool. The Weinstein Co. hide caption

That memo, says Tillman's mother, is evidence that the government knew early on what the family came to believe later -- that the official story was a lie. Meanwhile, Tillman's wife, Marie, was resisting pressure to turn the family's private funeral into an occasion for patriotic grandstanding and full military honors.

Director Amir Bar-Lev finds a riveting detective story here -- how the family forced an Army investigation and then forced Congress to investigate that investigation, each time with additional embarrassing admissions from public officials.

The Tillman Story is ferocious filmmaking, but it wouldn't have half the force it does if the director didn't also get at the complicated man Pat Tillman was -- the football star who volunteered to serve in a war he later doubted the logic for; the avowed atheist who read the Book of Mormon. As you get a sense of Tillman the man, you better understand his family's fury at the flag-waving being done in his name.

And when the director finally takes his camera to the rocky, barren valley where Tillman died and re-creates how the military now says it happened, all hope of clarity evaporates. The notion of an accidental shooting in battle conjures up images of murky sightlines, stray shots coming out of nowhere. But when you see the actual terrain -- where Tillman was standing, where his comrades were -- if it's hard to say how the tragedy happened, it's harder to imagine it happening the way they say. You emerge from The Tillman Story feeling a little of what the Tillman family must: that the whole truth about his death hasn't yet been told, and may never be. (Recommended)