Accessibility links
First Listen: James Blackshaw, 'All Is Falling' Blackshaw is an exhilarating and thoughtful guitarist with an ever-expanding ear. Though he often deals in labyrinthine patterns and hypnotic repetition, his new album feels more like a collection of individual songs meant to be heard in succession. Hear All Is Falling in its entirety now. 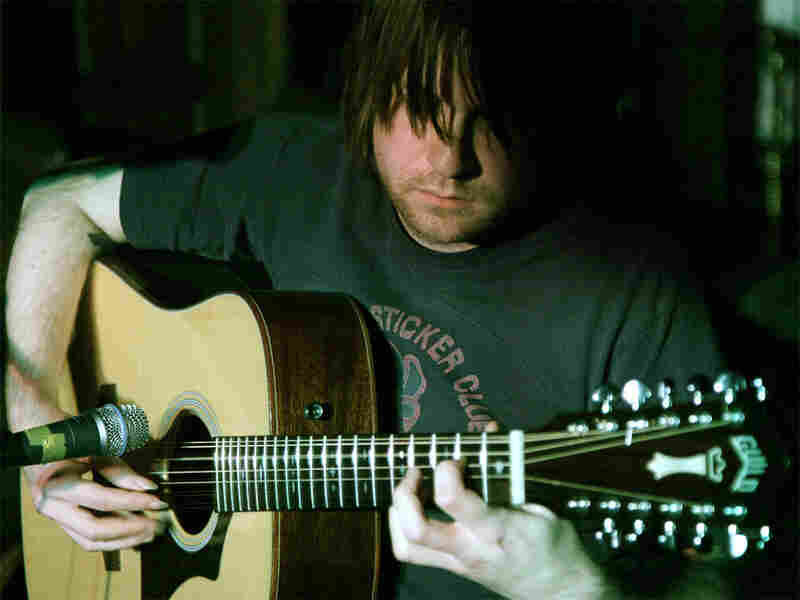 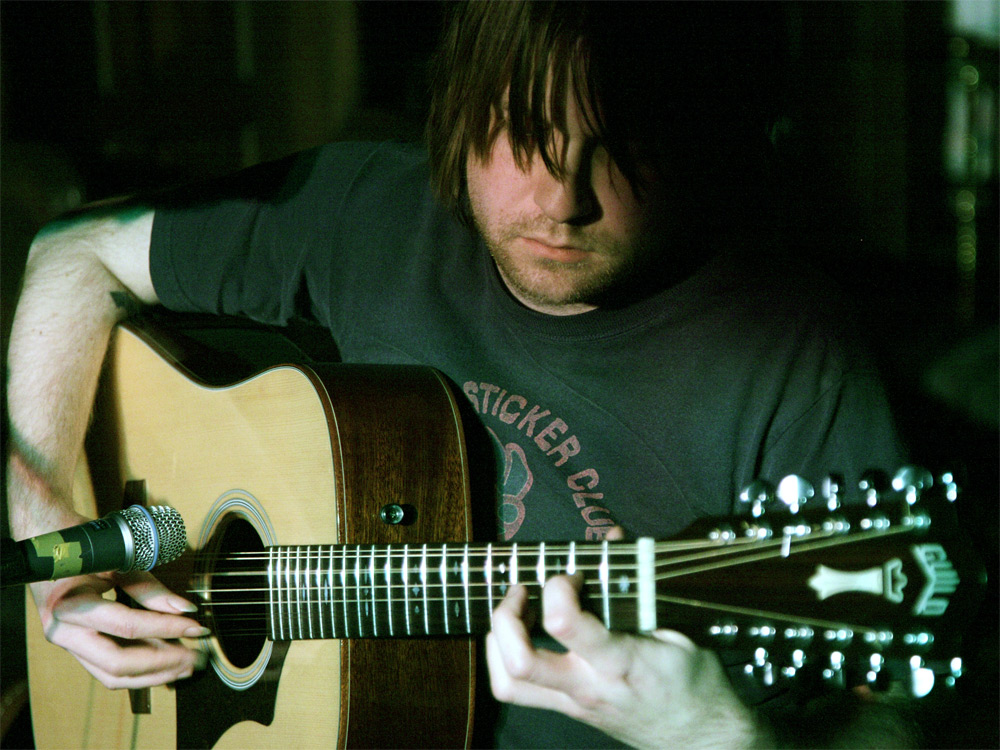 Don't let the photo fool you: Acoustic-guitar wunderkind James Blackshaw goes all electric for All Is Falling.

James Blackshaw is an exhilarating and thoughtful guitarist with an ever-expanding ear. Though he often deals in labyrinthine patterns and hypnotic repetition, his new album feels more like a collection of individual songs meant to be heard in succession. The story follows a linear, though sometimes thicketed, path, moving forward rather than in its own orbit. At times, the musical narrative of All Is Falling recalls Unwed Sailor's 2003 concept album The Marionette and the Music Box, but it's richer and more like a morally ambiguous fable than a children's storybook.

Blackshaw experiments not only in how he writes, but with what he writes. While his ramshackle piano playing has its own charm on recent albums, the twist this time around is his almost exclusive reliance on the electric 12-string guitar. Fairly or not, Blackshaw has come to represent the "academic" side of the acoustic guitar (as opposed to the raw American Primitive sound of the late Jack Rose), so it's a surprising and somewhat ballsy move to put aside the full, resonant sound of a 12-string acoustic for the staccato feel of the electric guitar, with all the rock baggage that instrument carries.

But for Blackshaw, instrumentation is a means to a piece's end. Sometimes that means spare, distorted power chords in "Part 4," but that's about as "rock" as All Is Falling gets. And as much as Blackshaw took his first influences from John Fahey, he's always been outside of the new crop, more in touch with modern composers like Philip Glass and Steve Reich. Aided by strings and light percussion, this is transcendental chamber music that divebombs into the sublime as much as it reaches the heavens. Nowhere is this more apparent than in the 12-minute "Part 7," a soaring section of music with a regal urgency that in its last minutes plummets to Earth with the weight of melting waxwings. Prior to the drone epilogue, it's the dramatic conclusion to All Is Falling's multi-textured fable -- the moment right before we turn back to page one.

All Is Falling comes out Aug. 24. We will stream here in its entirety until Aug. 31. Please leave your thoughts on the album in the comments section below.