Accessibility links
Books Have Many Futures If many types of paper-based books are headed for extinction, what will take their place? "E-readers" are a big part of the present and future — but not the whole story. Video games and multi-narrator online stories will have their places too.

Books Have Many Futures

Books Have Many Futures

The premise of Lane Smith's new work for children, It’s a Book, is simple: Books are under siege.

On the first page a donkey asks a monkey, "What do you have there?" The monkey replies: "It’s a book."

"How do you scroll down?" the donkey asks. "Do you blog with it?" 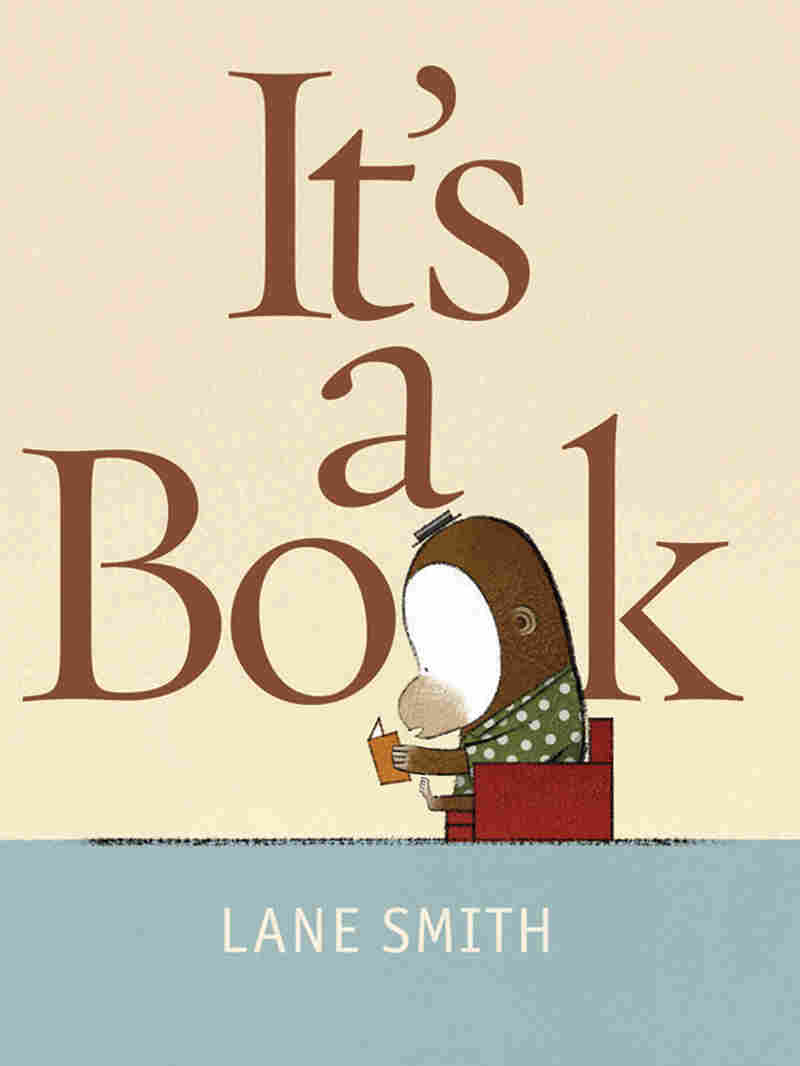 The title says it all. hide caption

No, the monkey repeatedly replies. "It’s a book."

Smith's book, in stores this month, may be an example of a dying breed. A book, published -- and meant to be read -- on paper.

People have been talking about "the death of the book" for more than a decade. But recent events suggest the end may be imminent for bound-paper books as we have known them for more than 500 years. Hardbound and paperback books may never totally disappear, but they could become scary scarce -- like eight-track tapes, typewriters and wooden tennis rackets.

In July, Amazon.com CEO Jeff Bezos announced that his customers now buy more digital versions of stories -- designed for Amazon's proprietary reading tablet, the Kindle -- than they do hardcover books. That is an astonishing fact, Bezos said, "when you consider that we've been selling hardcover books for 15 years, and Kindle books for 33 months."

The MIT futurist Nicholas Negroponte told the Techonomy Conference in early August that the physical, paper-based book is dying rapidly and will soon be replaced as the dominant form. "It’s happening," Negroponte said. "It's not happening in 10 years. It's happening in five years."

Writing about the fact that the behemoth bookstore chain Barnes & Noble has put itself up for sale, The Economist of Aug. 5 noted that the future of books is in digital delivery, not paper-based tomes. "Bricks-and-mortar bookstores look increasingly out-dated, except as venues for leisurely coffee and book signings," according to the magazine. "Whoever ends up owning Barnes & Noble faces a tough task: adapt to the Brave New World, or be consigned to the History section."

Also in August, blogger Peter Cochrane wrote on the business technology site Silicon.com that "books have been an increasingly inconvenient luxury and soon they will be one we can no longer afford." Even The New York Times ran a piece suggesting other uses for poised-to-be-passe books, such as secret storage compartments, artworks or stage props.

So what does all of this "death of books as we know them" talk mean for reading? For writing? For our education system? What exactly is the future of the book?

The Migration Of Books

Dan Visel, a founder of the appropriately named Institute for the Future of the Book, points out that, first of all, a "book" can mean many things: A cookbook, a comic book, a history book and an electronic book are all animals of different stripes. 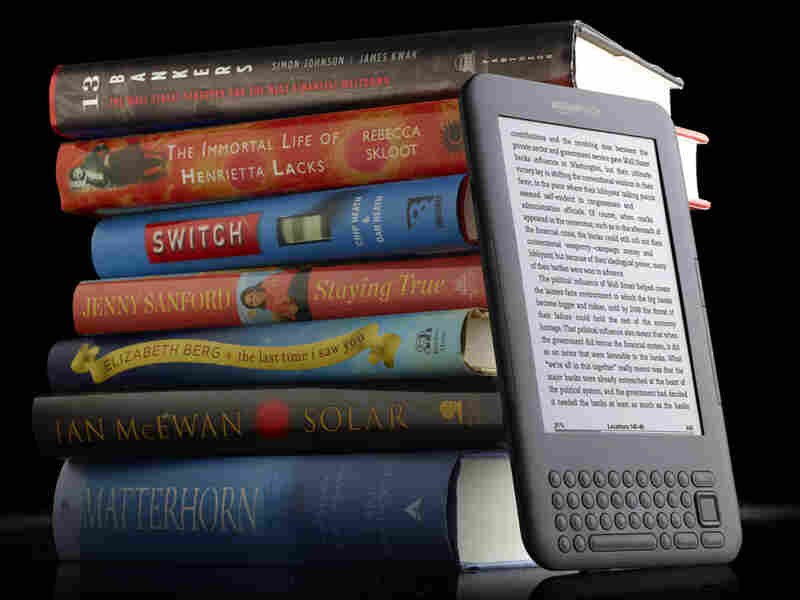 It's Kindle, and other e-readers, vs. The Book. Amazon.com/AP hide caption 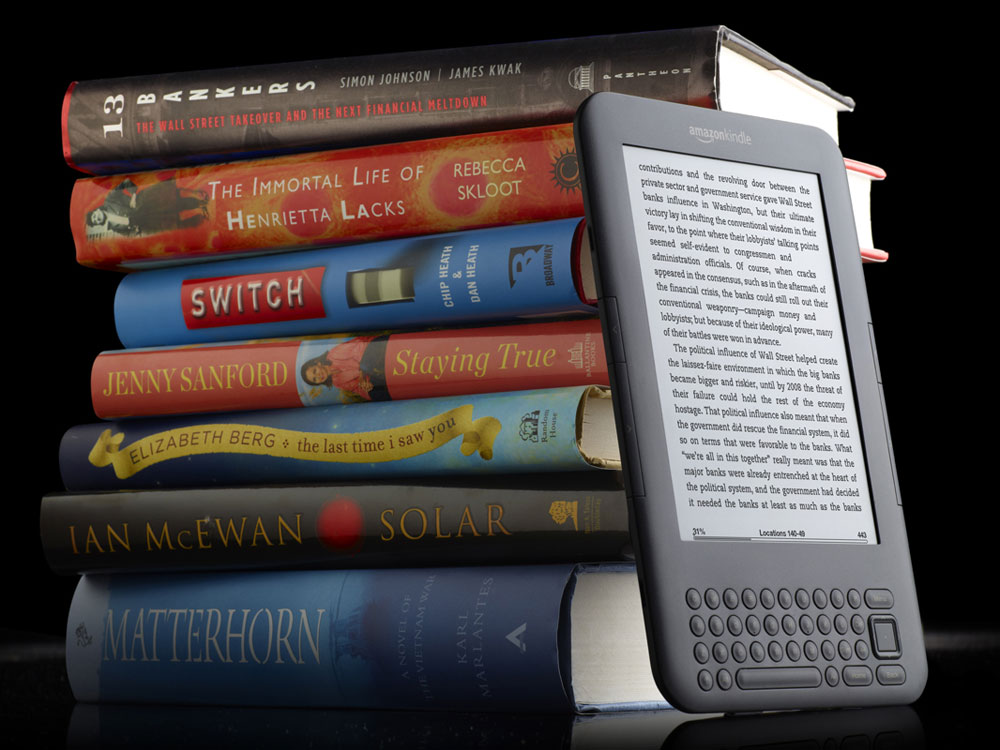 It's Kindle, and other e-readers, vs. The Book.

"It would be a mistake to think that these various forms have a single, unified future," Visel says. "Rather, I think it's more appropriate to say that there are futures of the book." He sees some books, such as romances and thrillers, migrating easily to an electronic form.

Other types of books are not only meant to be read, but meant to be seen: Like when a New York subway rider whips out a copy of Going Rogue by Sarah Palin. "That sort of book largely has value as social display," Visel says. "It's not so much an instrument of revelation, because all the revelations in that book, for example, were posted online as soon as anyone could get their hands on it."

Textbooks, phone books and other compendiums of information could perhaps serve readers better in electronic versions. In fact, Visel says, "I think the electronic book as it's currently understood -- basically a simple electronic text file -- will take over a fair amount of the market that's currently served by printed books."

There are problems, he adds. "There are severe limitations with current implementations of electronic books." Any content that is not strictly formatted -- such as poetry or illustrated books -- poses problems. "There's not an easy or cost-effective way for publishers to make complex electronic books." And there are piracy concerns as more books zoom around the Internet.

9 Things To Make With Unwanted Books

Switching over from paper to pixels? Don't rip apart your library; repurpose it. Click on these tips from crafty craftspeople.

Savvy publishers, he says, "should be establishing themselves as brands or curators." And they "could be in the business of providing community to the readers: allowing readers to have conversations with authors or like-minded readers."

Long the building blocks of academia, textbooks are seen more as albatross and less as asset these days. They are expensive -- some costing more than $300. They are quickly outdated. They can be so heavy that students and teachers are forced to tote them around in wheeled luggage carts.

Students, professors and universities are rebelling against the weighty -- and wasteful -- tomes. Stanford University's brand new physics and engineering library is advertised as "bookless"; relying almost solely on digital material. Free and downloadable textbooks are at the heart of the growing "open educational resources" movement that seeks to make education more available and more affordable. Groups such as Connexions at Rice University and the Community College Consortium for Open Educational Resources in Silicon Valley are supporting free online textbook initiatives.

As a result, more and more textbooks -- and books of all kinds -- will be more up to date and content-rich, stretching beyond words on a page to incorporate changing visuals, interactive possibilities and motion pictures and sound.

Writers and editors are being challenged to find new and creative ways to tell stories. "In the academic world," says Visel of the Institute for the Future of the Book, "there's a building consensus that video games are the next big narrative form; there are an increasing number of games studies programs. I'm not a gamer, and not particularly convinced of their artistic value; but the argument could certainly be made that one of the futures of the book -- particularly the future of the desire for entertainment, which was first taken from the book by film and then by television -- has moved on to the game world."

In Lane Smith's children's book, the power of the story (in this case Treasure Island) and the human imagination -- and the bound-paper book -- prevail. But when illustrator and writer Smith is asked whether he is intrigued by the opportunity to explore new ways to create stories, including digital possibilities that might include movement and sound and interactivity, he says, "Absolutely. I am working on some ideas right now. I'm a fan of animation as well as books and can definitely see the potential for melding the two. And not in a CD-ROM way where you click on a character and he does a little dance or makes a noise but with images that truly propel the story with movement."

And could it be that there are new forms of storytelling out there -- video games, interactive multi-user dungeons, role-playing games -- that we are just beginning to explore? In the same way we moved from Homeric recitations to books, could we now be moving from books to shared, multi-narrator stories? "Perhaps," Smith says. "However, I'm not much of a gamer and am certainly not a dungeon master. I'm kind of Old School. ... I enjoy the passive experience of a story, well-crafted, told to me." 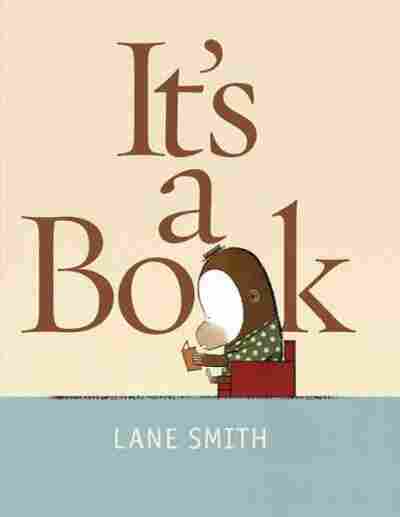