Accessibility links
Sorry, Saban: Players Need Money. And Agents University of Alabama football coach Nick Saban has thrown a fit about agents -- who have the audacity to interest college players in getting paid for their labors. Two Alabama standouts have reportedly been asked about attending parties thrown by agents this year. 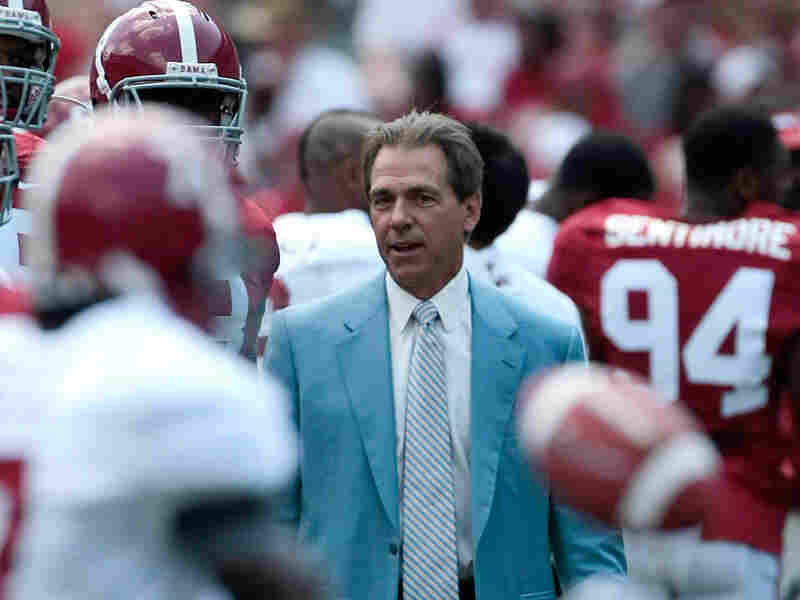 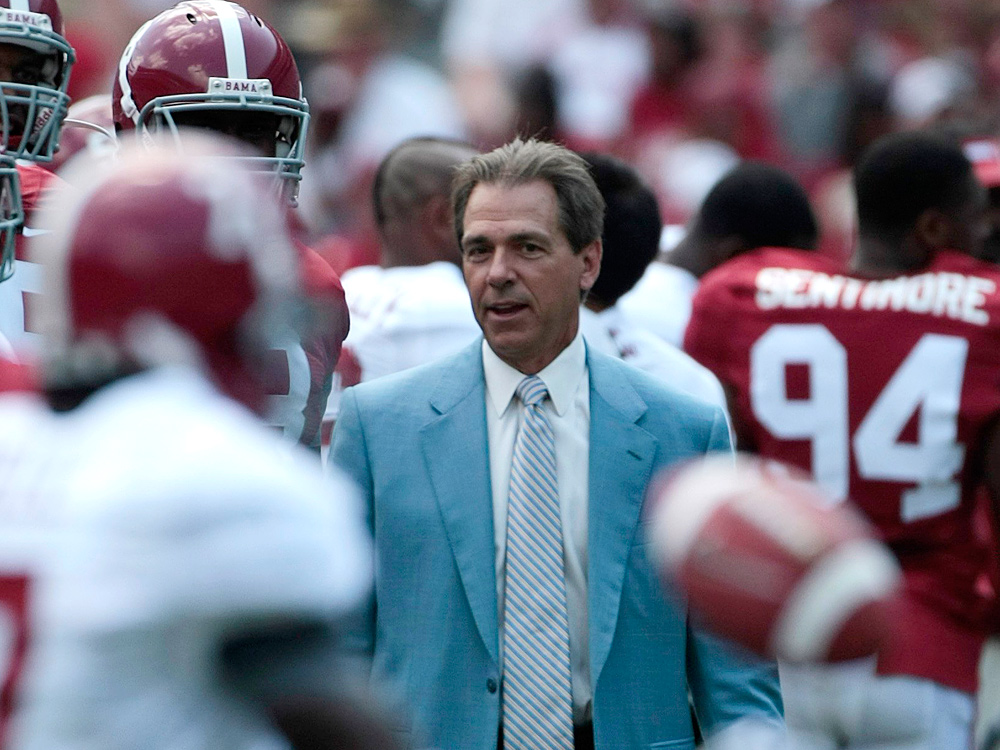 This might be the off-season for college sports, but, nonetheless, summer has been chock-full of more inspiring stories of skullduggery in higher athletic education.

My favorite brouhaha has been provided by Nick Saban, the dictatorial football coach at the University of Alabama, who's thrown a conniption about agents -- they who have the audacity to interest college players in the possibility of getting paid for their labors.

Saban flat-out likened sports agents to "pimps." Now, understand this. Nick Saban makes $4 million a year from Alabama, plus something else again in side deals. And while he takes home this lollapalooza, all the players he coaches are forbidden, by antiquated amateur rules, to earn a living.

Meanwhile, agents, who are honorable brokers in all other parts of the entertainment world -- representing musicians, actors, writers and, of course, all hard-working athletes except American collegians -- help guide and make more money for their clients, taking a reasonable legal fee for service.

But in bringing the subject up -- even gathering a national conference call last week with other coaches and the NFL commissioner himself -- Saban made me think exactly the reverse: how advantageous it would be for all concerned if young American athletes were permitted to sign and be educated by reputable agents, even as soon as they're recruited in high school.

First of all, this would clear out a lot of the scummy leeches who now attach themselves to vulnerable young players and their families. College agents, like the ones who work the pro leagues, would be vetted and certified. Of course, there are scoundrels in the business, but there are also unscrupulous coaches, athletic directors, boosters and college presidents.

Agents should then be allowed to work upfront deals for the players, with the understanding that they would be repaid when the player hits the pro jackpot. Some blue-chippers -- especially in basketball -- might be signed up to a bonus right out of high school. Other late developers might not be worth an agent's advance till much later. 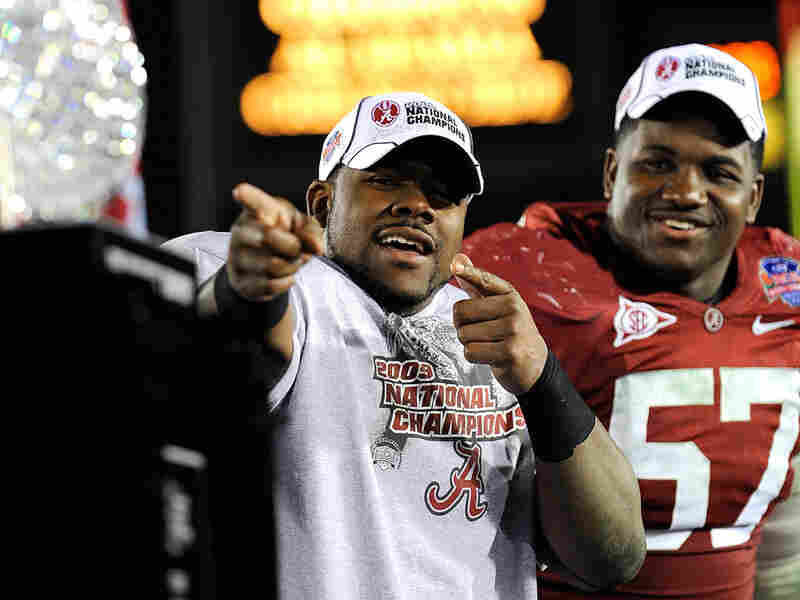 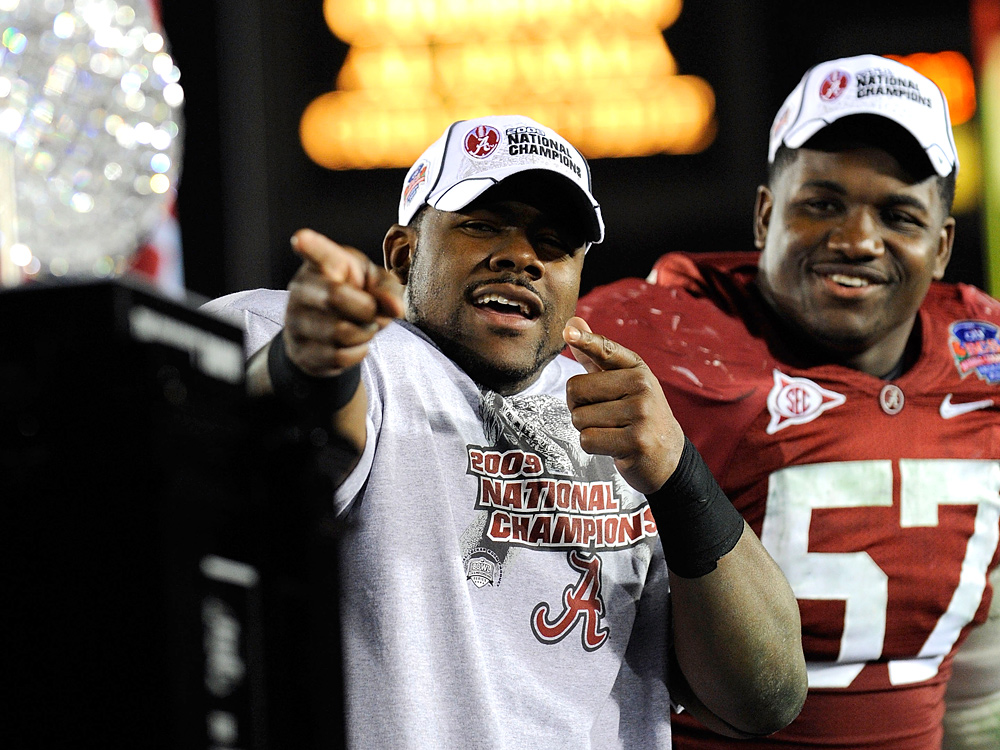 Alabama standouts Mark Ingram (left) and Marcell Dareus celebrate winning a national title in January. This summer, reports emerged that each player had attended parties where agents were present.

It would simply be a futures market, and if the player is hurt or fails to pan out, he owes nothing to his agent. Hey, sometimes there is a drought that sinks soybean futures, too. But meanwhile, the agent has an investment -- and the player is making honest money, based on his assessed potential, that costs his school absolutely nothing.

And boosters, who now might be -- heaven help us -- slipping money under the table to players, could invest legally with agents to help dear alma mater.

Letting honest, professional agents advise and support innocent young athletes would remove so much hypocrisy from the system. It is not agents who pimp -- it is college athletics, and I thank Coach Saban for further bringing this injustice to my attention.