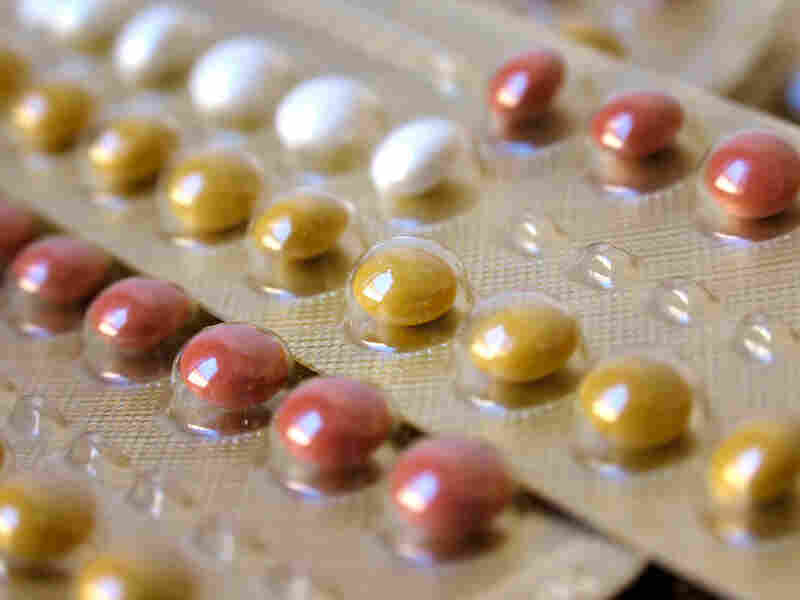 Birth control pills are often marketed as doing much more than prevent pregnancy. The drugs also claim to treat acne, moodiness and bloating. But some researchers caution that these benefits do not outweigh the health risks known to accompany taking the pill. iStockphoto.com hide caption 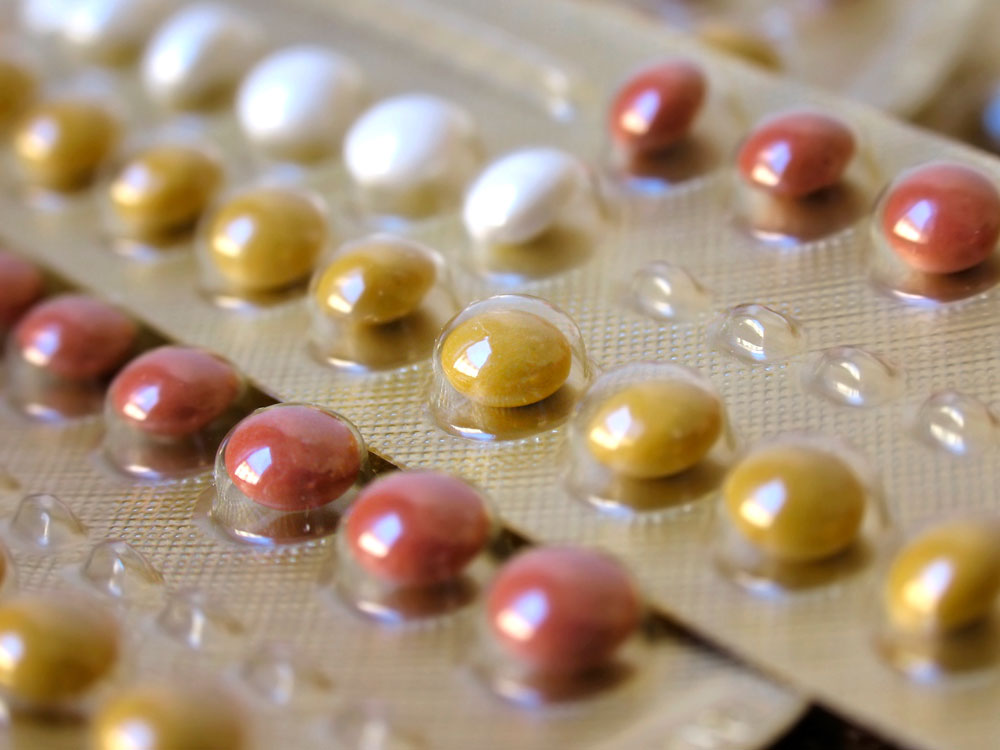 Birth control pills are often marketed as doing much more than prevent pregnancy. The drugs also claim to treat acne, moodiness and bloating. But some researchers caution that these benefits do not outweigh the health risks known to accompany taking the pill.

Bayer HealthCare, the leading maker of birth control pills, is coming out with a brand new pill.

Natazia, as it's called, contains a form of estrogen that's never been used in an oral contraceptive. It also has a novel dosing regimen. Women on Natazia will take four different combinations and doses of hormones or sugar pills each month.

After Yaz came out in 2006, it quickly became America's No. 1 birth control pill, bringing Bayer $800 million last year. But now thousands of women are suing Bayer because they say Yaz caused them serious harm. Sales have dropped 15 percent in the past year.

It's a good time to look at the Yaz saga and see if it has anything to teach women and their doctors when they choose a contraceptive.

Yaz was something entirely new in the long history of birth control pills -- and not just in its chemical formulation. It was the first pill to be marketed for multiple purposes. Bayer promoted it heavily as going "beyond birth control."

A centerpiece TV ad noted that "all birth control pills are 99 percent effective and can give you shorter, lighter periods. But there's one pill that goes beyond the rest. It's Yaz." 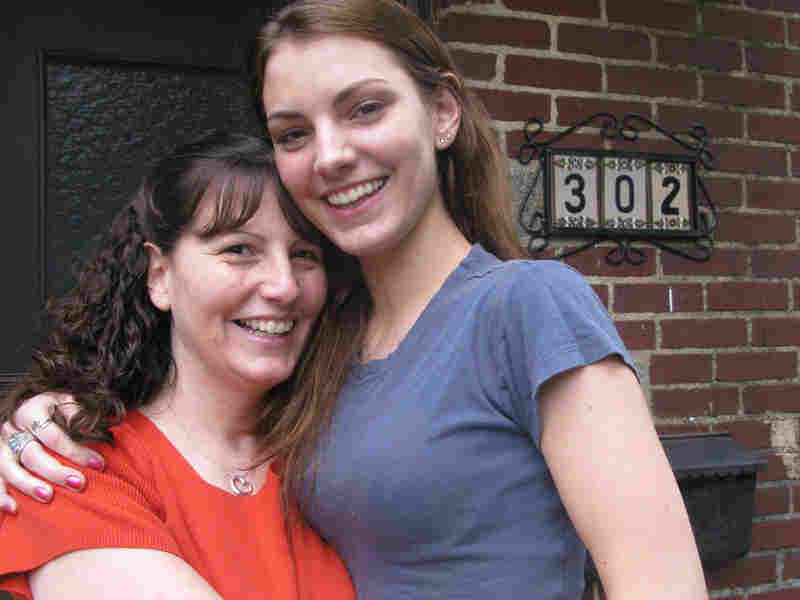 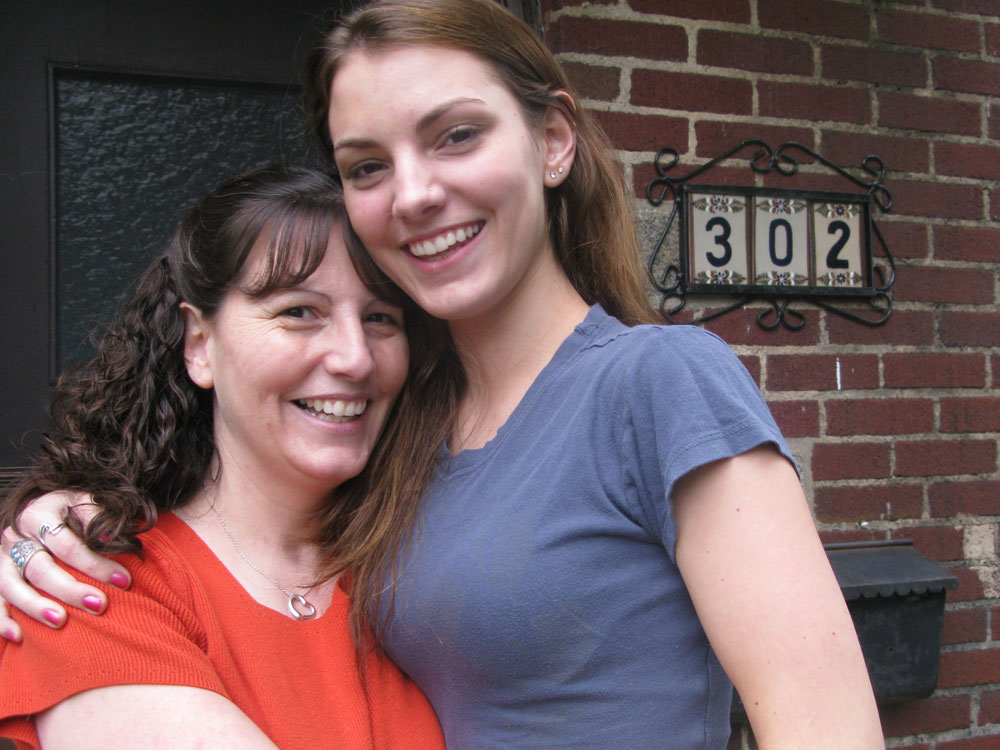 Katie Anderson, shown with her mother, Beth, suffered a life-threatening pulmonary embolism. Her symptoms started within a month of taking the birth control pill Yaz.

Those ads caught the attention of a 16-year-old in Maryland named Katie Anderson.

"I do remember going to the gynecologist and asking for Yaz because I had seen the commercials," says Anderson, who's now 19. "That was the one I wanted."

Anderson hoped Yaz would even out her irregular periods. She liked the implication that Yaz could treat premenstrual syndrome. And, of course, the idea of clear skin appealed to her, too.

"What girl would not fall for something that says, you know, it's going to help with moderate or mild acne?" she says. "That's great! That's just a perk, that's a plus."

So she got her doctor to write a prescription for Yaz. It's a choice she'd live to regret.

We'll come back to Katie Anderson's story. But first, let's hear from professor Ruth Day of Duke University. She advises the Food and Drug Administration on "medical cognition" -- people's comprehension and use of medical information in advertising and drug labels.

Day says she'd never seen a campaign that made such sweeping claims as those Yaz ads. She showed the "balloon" ad to dozens of young women and asked what they thought.

"Most people thought it was going to prevent all those symptoms, period," Days says.

"It does not," Day says, noting that the FDA approved Yaz for treating a more serious and less common condition called PMDD -- premenstrual dysphoric disorder.

What girl wouldn't fall for something that says it's going to help with acne? That's great. That's a perk, a plus!

Day also asked her research subjects if they thought Yaz treats mild acne. "Sixty-four percent said, 'Yes, it does.' But the truth is, it does not treat mild acne," she says. "So people were getting this idea that Yaz 'goes beyond.' But they were getting the wrong message."

The FDA agreed. Officials declared the ads misleading and ordered Bayer to run a corrective commercial. But Day found the corrective ad still left a lot of misconceptions about what Yaz can and can't do.

So one lesson from the Yaz saga is: Be wary of claims that a potent pill will solve all your problems -- it's probably not true. And as Day's research has found out, all those claimed benefits tend to cloud people's appreciation of the potential risks.

Katie Anderson learned that the hard way. She began having persistent leg pains within a month of starting on Yaz.

"I started developing this kind of pinching, twinging, numbing kind of feeling in my left butt cheek," she recalls. She thought it was a pinched nerve.

Then a couple of weeks later, she was awakened with terrible chest pain.

"She tells me she woke up about 5 o'clock in the morning," says Beth Anderson, Katie's mom. "She sat bolt upright in bed -- couldn't move, couldn't talk, was trying to cry as silently as possible because it hurt to breathe."

Her doctor diagnosed pleurisy, an inflammation of the chest lining that isn't serious, and prescribed Motrin. That helped for a while, but over the next few days, Katie developed shortness of breath. And her left leg went totally numb and cold.

"My left leg was completely purple," she says.

It turns out an enormous blood clot had formed in her leg. A piece of it had broken off and lodged in her lung. Doctors call that a pulmonary embolism, and it can be deadly.

At the emergency room, Beth recalls, "the doctor came in and he took one look at Katie's cold, blue leg, and he said, 'Wow! That's a big blood clot! You're on birth control, aren't you?' "

The link between birth control pills and blood clots isn't new. It's been known for decades. Every year a few thousand U.S. women suffer clots because they're on the pill.

It's possible that Yaz and Yasmin, a similar pill, carry a higher than usual risk of clotting.

Danish researchers decided to compare the experience of millions of women taking different contraceptives. "Denmark is the only country in the world with national registration of all women with thrombotic events [blood clots], whether in public or private hospitals," says Ojvind Lidegaard of Copenhagen University. "We also have a detailed record of women's medication history."

Lidegaard's group found that women taking Yaz or Yasmin had a 64 percent higher risk of blood clots than women taking pills that have been around for decades. Their study was published late last year in the British Medical Journal.

A 64 percent higher risk is not dramatic. But it's worrisome, given the fact that millions of women are taking the pills.

"The safest is still, surprisingly, one of the oldest pills," says Dr. Frits Rosendaal, an expert in clotting disorders at Leiden University in Holland.

Rosendaal led another study that also found that women taking Yaz have a higher risk of clotting than those on older birth control pills -- about twice as high. That paper also appeared in the British Medical Journal.

"There are convincing indications this pill is less safe than other pills," Rosendaal says, adding that there's really no difference in Yaz's effect on other menstrual symptoms.

Bayer strongly disagrees. The company wouldn't make a spokesman available to talk about these issues. In a statement, it said that studies the company funded show its pills are no riskier than other contraceptives.

For its part, the FDA looked at all the studies. It found flaws in the Danish and Dutch results. The agency has commissioned its own study, due out sometime next year. The leader of that study, Dr. Stephen Sidney of Kaiser Permanente Health Care, says his reading of the data so far is that "it's a bit of a mix," and that the relative risk of Yaz and Yasmin "is an open question."

Some Women At Higher Risk

On one point, there's no controversy. Some women have a much higher risk of clotting and death when they take birth control pills. And most of them don't know they're at risk.

Katie Anderson was one of these. She has a "superclotting" gene called Factor V Leiden. In fact, Rosendaal's group in Leiden discovered it.

The gene makes her 35 times more likely to develop a blood clot when she takes any oral contraceptive. With Yaz, her odds might have been even higher.

Factor V Leiden isn't rare. Rosendaal says about 1 in 5 Caucasians has it, but it's not routinely tested for. It turns out Katie's father has the gene. Beth Anderson says she pointed that out to Katie's doctor before she went on birth control pills.

"I wanted to make sure that wasn't going to be an issue," Beth Anderson says. The doctor, she reports, "said she was not aware there was any specific problem with that."

The leaflets inside all packets of birth control pills warn women not to take them if they have a family history of clotting. But that's often not mentioned in TV ads. The ads for Yaz simply warned that women over 35 shouldn't smoke because that increases the risk of blood clots.

"Both Katie and I assumed that since she was well under 35, she wasn't overweight, and she had never smoked, that it would be safe," Beth says. "We assumed wrong."

Katie is now one of 2,700 or so women suing Bayer over Yaz. Three years later, she's left with a massive clot in her leg that requires her to wear a compression stocking to prevent swelling. She can't do many of the things she loved to do, and can't be on her feet for long. The clot may never go away.

"I have to be patient with myself," she says. "Maybe I can't run and I can't hike for very long, but at least I have my legs. At least I can walk."

So another lesson is: Women and girls thinking of taking the pill should pay attention to the fine print. Their parents, too, if they're in the picture. And especially their doctors.

This happens over and over again. It's the way the pharmaceutical business works, especially when there's an enormous market like the one for birth control pills. (About 13 million American women take them, and 100 million around the world.) To garner market share, companies regularly come up with new formulations and market them as new and improved.

The pressure's even greater when lawsuits have dimmed the luster of a previous drug, or when a company faces competition from generic versions, as is now true of Yaz.

Dr. Edio Zampaglione, senior director of medical affairs for women's health care at Bayer, and the official in charge of the company's latest new pill, says its launch has nothing to do with these economic factors. He says Bayer developed Natazia because women need more contraceptive options.

"Each woman is different, and each woman will feel differently on these different types of hormones and will react differently to them," Zampaglione says.

To some, that might be an argument for caution. When a new birth control pill comes out, no one really knows how millions of women will react to it. Pre-market studies of Natazia involved only about 3,000 women. The unknowns are even greater when a contraceptive contains hormones and combinations never used before.

"Really, the moral of the story is that you shouldn't use the latest and greatest drugs unless there's some reason that the ones that have been around don't work for you," she says.

That's the philosophy of Rosendaal, the Dutch clotting expert.

"Personally, I would not start using a new drug unless it's proven to be better," Rosendaal says. "Because we know that all drugs have side effects, and we also know that for newer ones which have not yet been used by millions of people, the side effects are generally unknown."

Bayer is monitoring how its new pill is doing in up to 70,000 women. But results of those studies won't be available for at least five years.