Accessibility links
At MoMA, A Look At A Pivotal Moment For Matisse French artist Henri Matisse is probably best known for his decorative and colorful paintings, especially nudes and still lifes. But a show at the Museum of Modern Art, called "Matisse: Radical Invention," deals with a more experimental period in Matisse's life. Critic Lloyd Schwartz says the show allows viewers to see Matisse's growth as an artist. 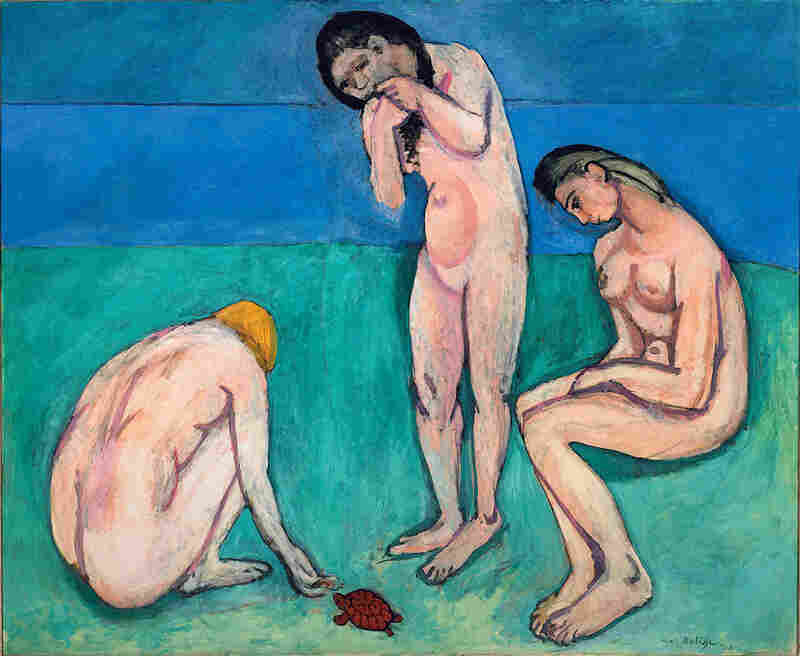 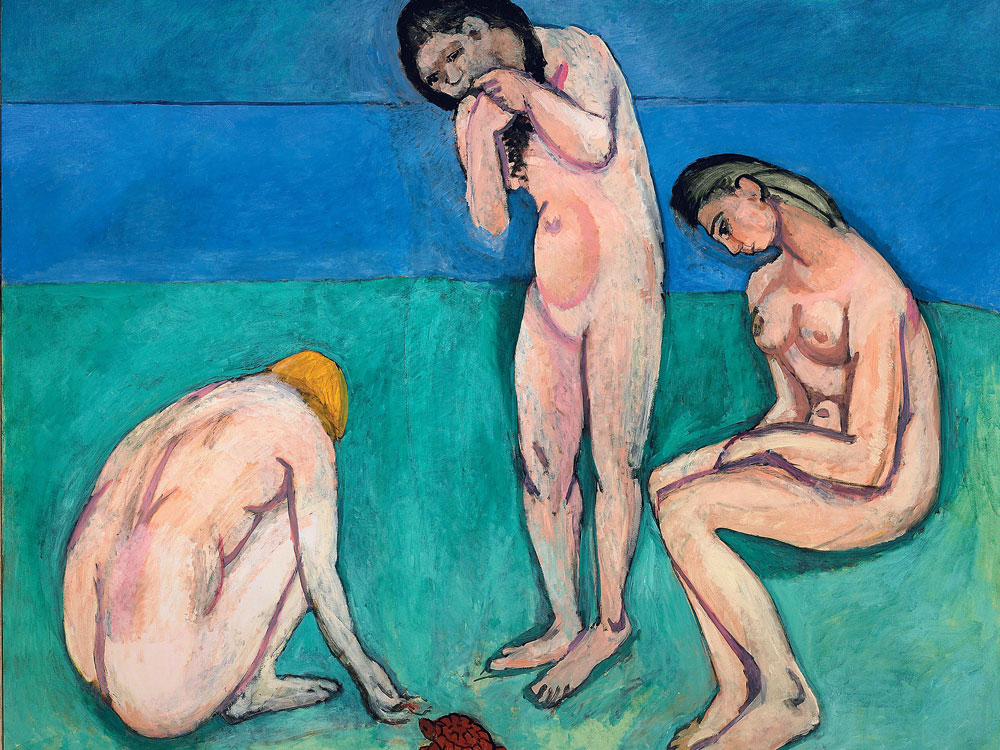 In 2003, the Museum of Modern Art put on an important show comparing Pablo Picasso and Henri Matisse, maybe the two greatest European painters of the 20th century. They were friends and rivals; they influenced and even collected each other's work.

Now a marvelous new show at MoMA -- "Matisse: Radical Invention, 1913-1917" -- suggests one central way Matisse was very different from Picasso. The Spanish master, practically a synonym for modern art, had an unstoppable sense of direction. He'd pursue one style -- a Blue Period, a Rose Period, Cubism -- and when he got to the bottom of it, he'd move on to another.

But in the four-year period this Matisse show investigates, that artist's development emerges as much less linear, much less divided into straightforward chapters. Matisse seemed to be trying all sorts of different things at the same time, and he produced some of his greatest paintings. But it would be hard for anyone not an art historian to place the work in chronological order. 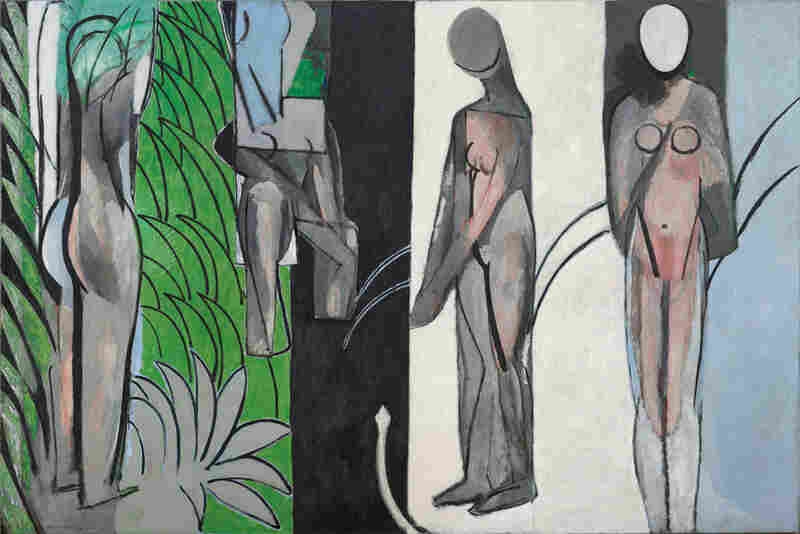 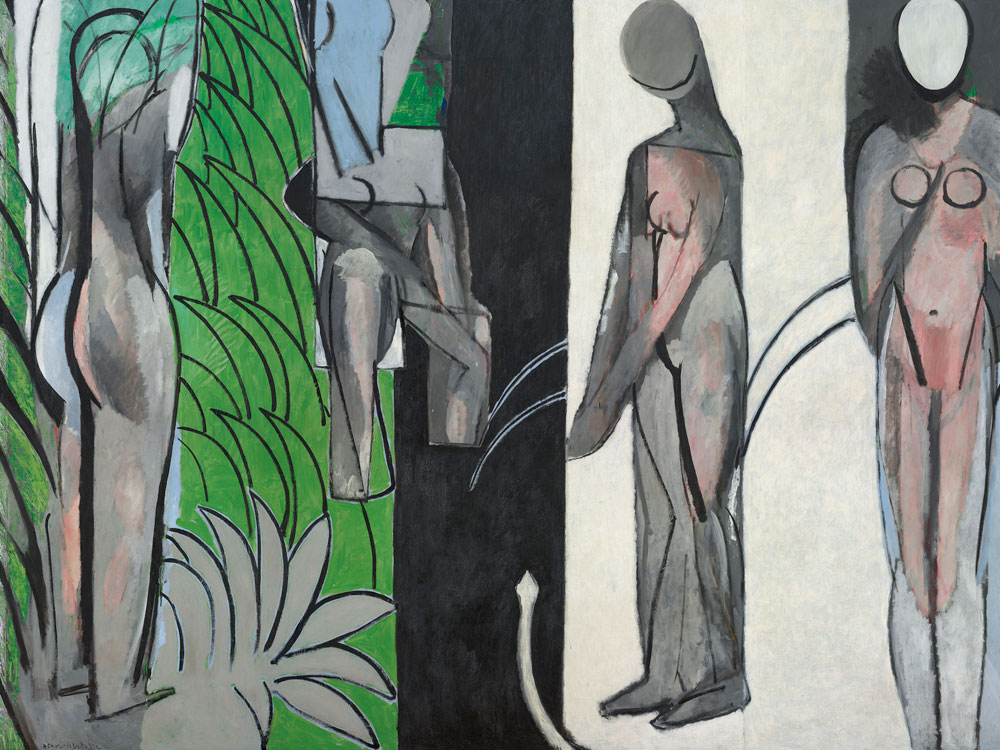 Modern artists were trying to find new ways of looking at the world, moving away from depicting images in traditional three dimensions, discovering livelier and simpler -- yet also more complex -- ways to convey those images. Even before the central period stressed in this exhibit, we see Matisse experimenting with dimension, a kind of flattening process in which the images become less literal and more symbolic. One of his strangest and most original paintings, Bathers with Turtle, is from 1908, barely a year after Picasso's tradition-shattering Demoiselles d'Avignon, in which the bodies of five women have been transformed from rounded human beings into fractured and contorted figures with African masks for faces. Matisse's figures are even more mysterious: three simplified nudes, almost like a child's drawing. He offers no explanation for why they're feeding a turtle, or why one of them has her fingers stuffed into her mouth. How can we tell if this is a casual incident or a profound ritual? Does it matter? Horizontal bands of blue abstractly represent a backdrop of water and sky. It's like Cezanne, but more radical. Modern art is just beginning.

Throughout the show, we see Matisse wrestling with the same issues his most celebrated contemporaries were confronting. But Matisse seems to be moving backward and sideways as well as forward. And through new X-ray technology, the curators have been able to trace Matisse's own processes. We now know when he's deliberately muting his dazzling spectrum of colors, or changing the position of his figures. And in many places, instead of hiding some of his changes, he actually allows us to observe them -- as if the figures themselves have been moving around the surface of the canvases. 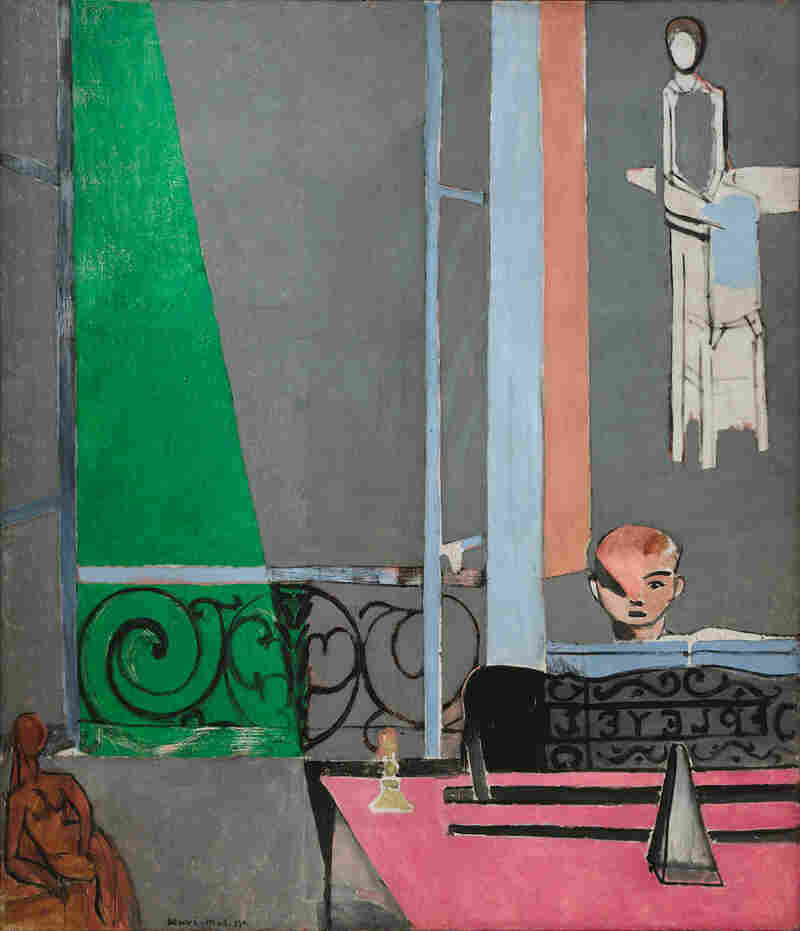 The Piano Lesson, 1916 The Museum of Modern Art hide caption 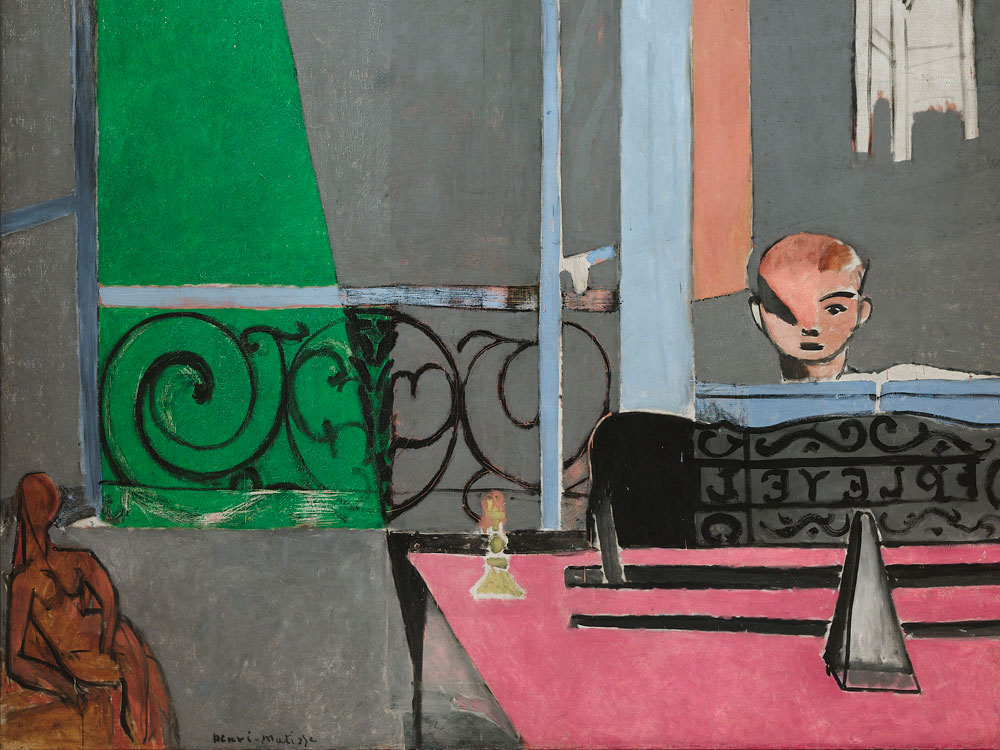 The Museum of Modern Art

The climax of the show includes two of his most extraordinary paintings, both combining an extreme of abstraction with readable figurative images. Both are huge, but one of them is monumental and hieratic, and the other is achingly poignant. One is the 8-foot by 12-foot Bathers by a River, from the Art Institute of Chicago, where this show originated. Matisse reworked this painting over the entire period covered by the exhibition, changing it from a lightweight pastel-colored beach scene to an exotic Eden, a gigantic icon with four female demigoddesses outlined against a row of broad flat vertical panels, with a sinister -- or is it benign? -- white snake rearing up its head from the bottom of the canvas. We feel something intensely symbolic, but Matisse doesn't feel the need to explain the iconography.

The other masterpiece is MoMA's own Piano Lesson, an 8-foot-high canvas depicting Matisse's young son at the keyboard, with his mother or piano teacher on a stool keeping shadowy watch. I grew up in New York, and this has been one of my favorite paintings since I was old enough to go to museums. The Piano Lesson too has its mysteries, in its combination of cool geometry and touching intimacy. The shadow on the boy's face replicates the triangular metronome on the piano. And an even larger green triangle crosses the room. Is it a shaft of unsettling twilight? It's as if time is casting its own shadow over everything, including youth and art itself.

These two amazing paintings, within a period of staggering artistic ferment, emerge out of Matisse's complicated search for direction, a search that took many turns before the artist found his direction. Or were these very turns Matisse's true direction?