Accessibility links
Honoring Slaves By Sleeping In Their Cabins Joseph McGill of the National Trust for Historic Preservation has been spending the night in slave quarters to bring attention to the sites and to honor the memory of the people who lived in the cabins. 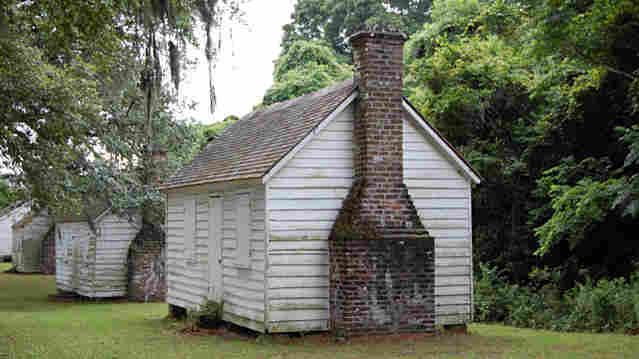 Joseph McGill of the National Trust for Historic Preservation stayed in one of the McLeod Plantation slave houses on James Island in Charleston, S.C., as part of his "Slave Cabin Project." Corinne Hipp hide caption

Joseph McGill is making his way around the Southeastern United States, sleeping in historic slave quarters.

As part of what he calls the "Slave Cabin Project," he has slept in five slave cabins from South Carolina's coast to its capital, Columbia, since May. 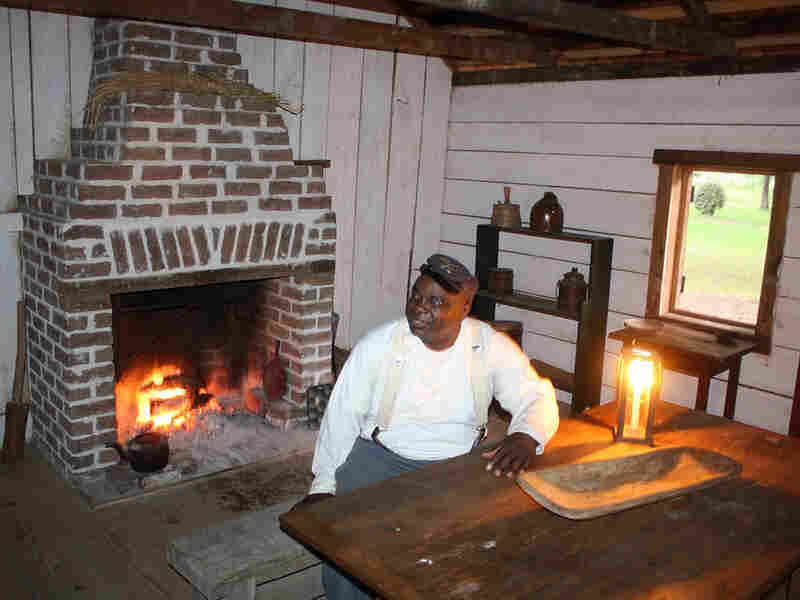 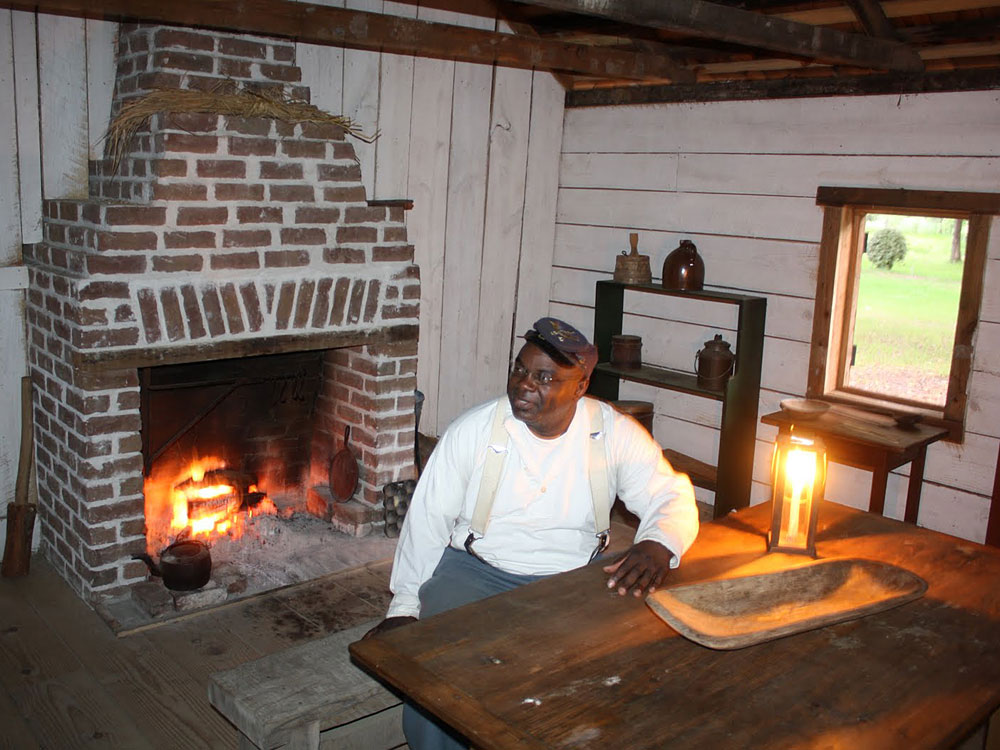 For his first stay in a slave cabin, Joe McGill lodged at Magnolia Plantation in Charleston, S.C., in May.

McGill is also a Civil War re-enactor who plays the role of a soldier in the 54th Massachusetts -- a black Union regiment known for its assault on Fort Wagner in Charleston, S.C., depicted in the movie Glory. He got the idea for the Slave Cabin Project after he took part in the documentary Unfinished Civil War 10 years ago. He wanted to bring attention to the cabins, and honor the memory of the people who lived in them.

"For so long folks have been visiting the plantation and going into the big house, and without those structures, the big house could not have existed," he tells NPR's Michele Norris.

McGill, who works for the National Trust for Historic Preservation, spends a night in a slave cabin week after week. This weekend, McGill plans to sleep in Anderson, S.C. With him, McGill takes a sleeping bag, a pillow, a whistle and a club.

"There could be some critters out there that try to invade my space, and I fend them off with a club," he says.

Most of the cabins are built of wood, and they're tiny.

"You get inside these walls and you think about that time of slavery and wonder what went through these people's minds," he says. "Because within these walls was probably the easiest time of their lives. We know that beyond those walls there was a lot of hard work and toil."

McGill says when he stays in the cabins, he thinks about the makeup of the family and how many people lived in the space, whether they were related or not.

"You think about, if there's a full moon tonight, is there opportunity here to seek your freedom?" he says.