Accessibility links
Bloomberg Busy Backing Candidates Of Both Parties The New York City mayor, an independent, has been giving his blessing to Democrats and Republicans he believes are on New York's side when it comes to key issues, such as gun control.

New York City Mayor Michael Bloomberg isn't on the ballot in New York or anywhere else this year, but you could easily get the sense that the Democrat turned Republican turned independent is running for something. On Tuesday, he gave speeches for candidates in Philadelphia and Washington, D.C., and he's been holding fundraisers for others at his Manhattan home.

Politicians are hardly an unusual sight in Washington. Still, diners at Carmine's could have been forgiven if they wondered why the mayor of New York was lunching at their restaurant. Turns out he was there to endorse their mayor, Adrian Fenty. 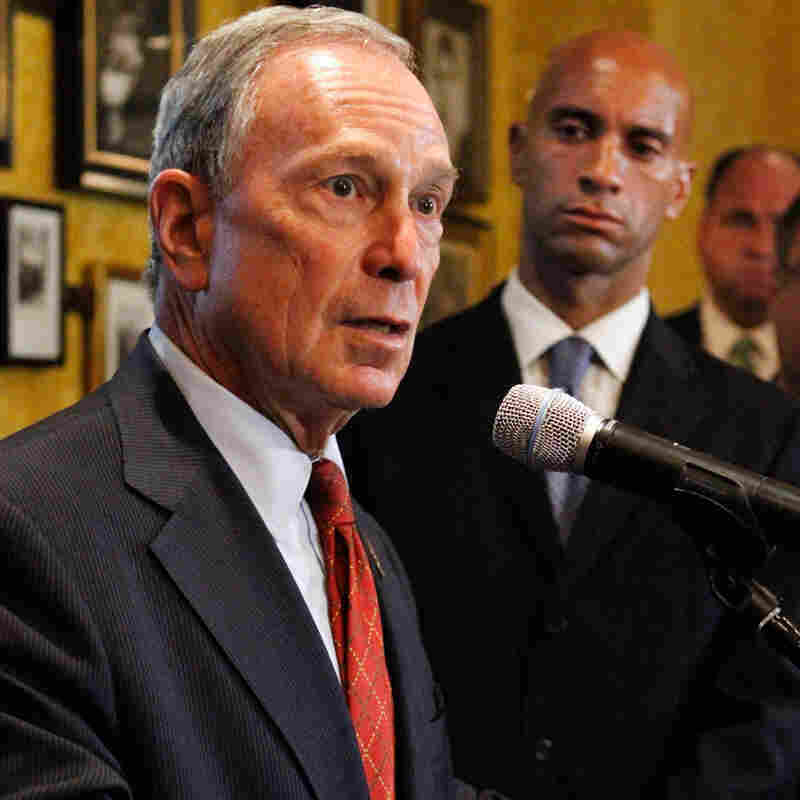 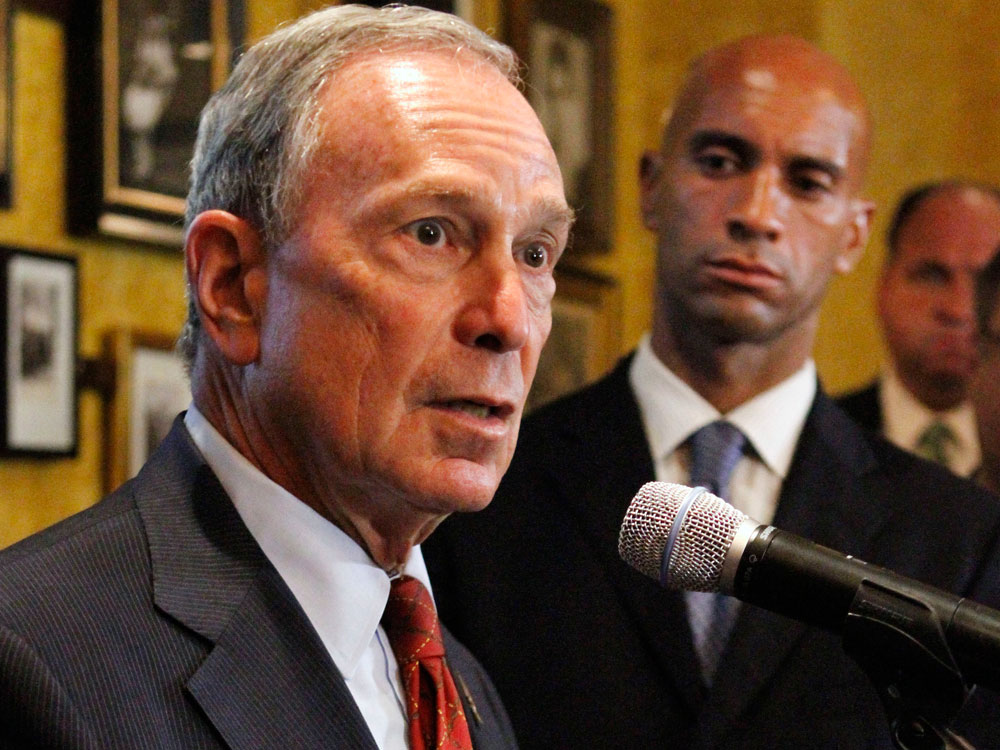 "I am thrilled to be able to come here and endorse Mayor Fenty," Bloomberg said, adding, "I have no doubt that he will continue to deliver for the residents of this great city."

The New York City mayor's appearance on behalf of Fenty, a Democrat who is in a tough primary fight, came in the middle of a busy day of politicking. Earlier, Bloomberg stopped in Philadelphia to give his blessing to Democratic Rep. Joe Sestak, who is running for one of Pennsylvania's U.S. Senate seats. And in the evening, Bloomberg hosted a fundraiser for Republican Rep. Mike Castle, who is running to be Delaware's next U.S. senator.

Bloomberg says he's looking out for his city's interests.

"Whether the vote comes from a senator from Delaware or Pennsylvania or New York, we have a big vested interest, and the Republican and Democrat in both these cases have been supportive of issues I care about," he said.

Those issues include education and illegal guns.

Bloomberg was a lifelong Democrat until he switched parties to win his first term as mayor in 2001 as a Republican.

In 2007, he left the GOP and became an independent. Now, he says, he's doing what he can to support candidates from either party or neither party -- so long as they share what he calls common ground.

"Since I've been one of everything in my career at one time or another, I don't think that party matters," he said. "What you want are people who are independent in their views. That they don't listen to the party bosses. That they listen to the issues. They're smart enough to analyze it. [That] they have the experiences that we need in the legislature to know how to address the problems."

In all, Bloomberg has endorsed or given contributions to more than a dozen candidates running this year. They include Republicans such as Mark Kirk, who is seeking an open Senate seat in Illinois; and Rep. Peter King, who is running for re-election to Congress from New York. Bloomberg has also backed Democrats such as Sen. Michael Bennet in Colorado; Senate Majority Leader Harry Reid from Nevada; and Wisconsin gubernatorial candidate Tom Barrett, who is the mayor of Milwaukee.

Political science professor Douglas Muzzio, of Baruch College in New York, says Bloomberg -- if nothing else -- is collecting some political IOUs.

"Certainly it makes him a national player," Muzzio says. "He's getting chits from both sides of the aisle. It fuels the narrative of Mike Bloomberg, plutocrat, as philosopher king and all that comes with it -- both in terms of influence and ego if you will."

Bloomberg toyed with running for president in 2008, before deciding to seek a third term as mayor. In an interview earlier this month, he seemed to rule out another bid for the White House. So Muzzio isn't sure what Bloomberg has in mind now.

"I don't know, I'm not his analyst," Muzzio says. "I don't know about high elective office. But high appointive office could be there."

"You know you can't ever say he gave up the dream of being president," Sheinkopf says. "It's something that's been talked about and speculated about. But that's not the primary motivator here. This billionaire does what he wants with his money, and supports the kind of people he wants because he can."

Don't count Bloomberg out of upcoming presidential contests, Sheinkopf advises, until the deadline for filing nomination papers has passed.