Dorothy Height joins NPR's Juan Williams to discuss her new memoir, Open Wide the Freedom Gates, and her experiences as one of the leading figures in the civil rights movement.

Height served simultaneously in the National Council of Negro Women, the Young Women's Christian Association, and the Delta Theta Sigma Sorority Inc. Height became president of the sorority in 1947 and president of the NCNW in 1957.

In 1994, President Clinton awarded Height the Presidential Medal of Freedom for her efforts.

Read an excerpt of Open Wide the Freedom Gates.
Read a short biogrophy of Dorothy Height from the NCNW.
View a timeline of the civil rights movement, from pbs.org.
Watch a National Visionary Leadership Project interview with Dr. Height. 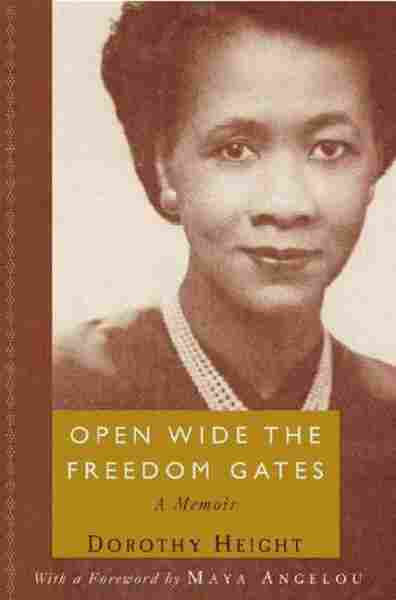 by Dorothy I. Height