Accessibility links
Should Boys Also Get Vaccinated For HPV? The HPV vaccination rate among girls in the U.S. has been low: Just 11 percent now get all three doses of the vaccine. Some experts suggest that also immunizing boys could enhance the vaccine's effectiveness. But others say there's not much benefit in giving the shot to boys. 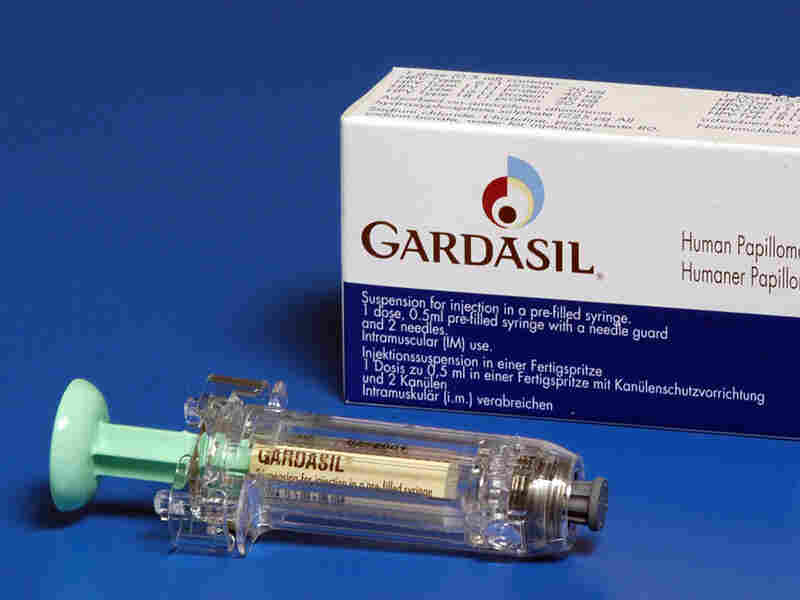 There's a debate among scientists about whether to immunize boys for HPV. Sanofi Pasteur MSD/AFP via Getty Images hide caption 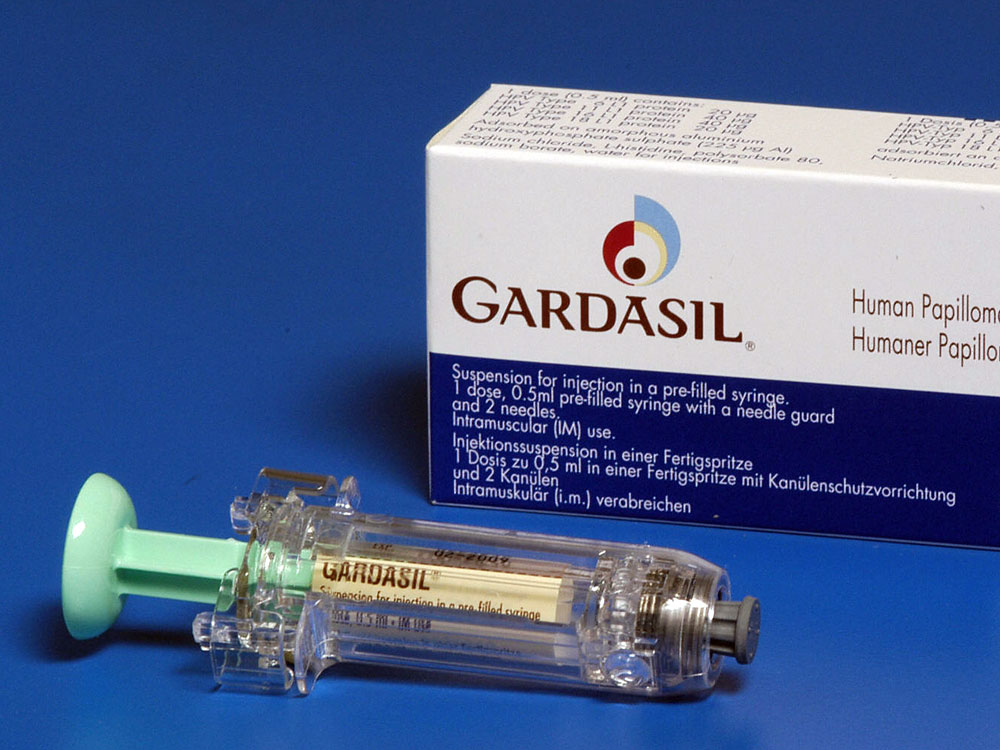 There's a debate among scientists about whether to immunize boys for HPV.

Many adolescents are having back-to-school visits with their doctors. That usually means shots -- including, for some, the HPV vaccine. It's mainly given to adolescent girls to protect against the human papillomavirus, which causes cervical cancer.

But there's a debate among scientists about whether to immunize boys as well.

If this were a high school debate, it would go something like this:

Be it resolved that all adolescent girls and boys should be vaccinated against HPV before they are sexually active, since more than half of all sexually active men and women will get HPV at some point in their lives.

In the affirmative, there's Dr. Doug Lowy, co-inventor of the HPV vaccine who works at the National Cancer Institute. He says that since just 11 percent of girls now get all three doses of the vaccine and less than half get even one dose, rates of HPV in the U.S. are unlikely to come down very much.

So, he says, let's offer the vaccine to boys as well.

"When the percentage of girls getting vaccinated are in the 30 to 40 percent range, vaccinating boys is suggested to have a substantial enhancing impact on trying to protect those girls who are not vaccinated," Lowy says.

He says it would provide "herd immunity." Boys don't get cervical cancer, but they can transmit HPV. So vaccinating boys would reduce the amount of HPV circulating in the population.

Speaking for the opposing side, Dr. Matt Daley, a pediatrician and professor at the University of Colorado School of Medicine, would tell you that the Centers for Disease Control and Prevention recommended that 11- and 12-year-old girls get the vaccine because it's girls who get cervical cancer. It just takes time for new vaccines to catch on, particularly vaccines for adolescents.

And when they get to the office, Daley says, pediatricians don't often offer the vaccine because they don't like talking to 11- and 12-year-olds about sex. Some have suggested making the HPV vaccine part of a series of shots that adolescents get, similar to the way infants get their shots.

Dr. Diane Solomon, who is in charge of prevention at the National Cancer Institute, says the CDC's recommendation on whether to vaccinate boys really came down to cost effectiveness. There's just not much benefit in vaccinating boys, she says.

"The greatest benefit in terms of health care costs is with decreasing cervical cancer and cervical abnormalities," Solomon says. "Men don't have a cervix."

Boys, Girls And The Vaccine

In Australia, where the vast majority of adolescent girls in schools -- as well as young women -- are vaccinated, cases of vaginal and precancerous lesions are already declining. And, Lowy points out, boys also benefited. He says the vaccine may protect against a type of oral cancer caused by HPV. Incidence of this type of cancer has increased, but there are about half as many cases as cervical cancer.

"At the moment, there are just no data indicating whether or not the vaccine will protect even against oral infection by the virus," Lowy says. "On the other hand, there is every reason to presume that that would be the case."

Without the data, the Food and Drug Administration is unlikely to license the HPV vaccine as protection against oropharyngeal cancers. But Daley still says the best bet is a stronger effort to reach girls, perhaps by vaccinating them where it's easier to find them: at school.

"Kids are there, and they are there every day," Daley says. "They are a captive audience."

Of course, he says, we'd have to create a better system for financing childhood vaccines to make that work.