Accessibility links
Eden Brent: Carefree Blues With Mississippi Flavor The pianist, singer and songwriter has enjoyed a thorough music education. As a teenager, she began an apprenticeship with Delta piano player Abie "Boogaloo" Ames -- a partnership that lasted 16 years -- and later went on to study music theory in college. Now, at 44, Brent is releasing a new album titled Ain't Got No Troubles. 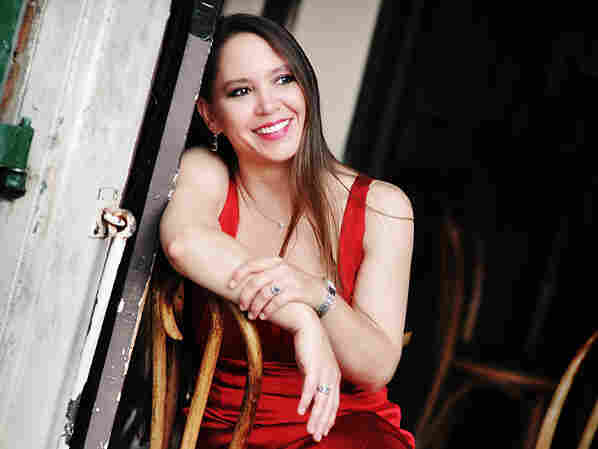 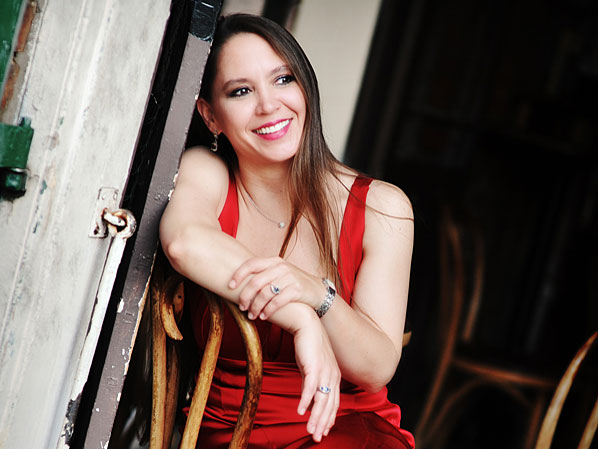 Eden Brent's Ain't Got No Troubles comes out in September.

Ain't Got No Troubles

Pianist Eden Brent is from Greenville, Miss., the great-granddaughter of a legendary towboat captain. As a teenager, she began an apprenticeship with Delta piano player Abie "Boogaloo" Ames, which turned into a partnership lasting 16 years. She says their pairing, although unlikely, had a profound effect on her musical development.

"He was an older African-American man; I was a younger white woman," she tells Weekend Edition Saturday host Scott Simon. "I was from a more affluent family, and he was sort of from the other side of the tracks. To look at us, we seem opposites, and yet music forged this beautiful partnership that lasted until the end of his life. In fact, it lasts to this day."

Brent began piano lessons at age 5 and later went on to study music theory at the University of North Texas.

"The academic education that I achieved and the practical education from Boogaloo work so brilliantly together," she says. "It is so clear to me, in retrospect, that one without the other would not nearly have been as effective."

Brent was recently honored for her skills on the keys in May, when she won a Blues Music Award for Pinetop Perkins Piano Player of the Year. Next month, she'll release a new album, titled Ain't Got No Troubles, which she recorded in New Orleans in an effort to try something new.

"For this project, I kind of just wanted to get out of my element a little, so I went downstream this time and wound up in New Orleans," she says. "It made it different and fresh."

As more of a live entertainer, Brent says she sees recording as a new adventure. Despite the title track's somber lyrics, Ain't Got No Troubles has a lot of happiness to it. Brent says the juxtaposition was deliberate.

"It's that whole feeling about New Orleans, where there's loads of sadness, but also loads of joy," she says. "The blues is that way to me."

Brent says that while she admires classical pianists like Rachmaninoff and Liszt, she doesn't have that kind of discipline.

"I make a lot of mistakes. There's even mistakes on this new record, and every time I hear them, I'm delighted," she says with a laugh. "There's something lackadaisical about it. More carefree. And it's the freedom, I think, I enjoy -- not having to be married to the score on the page."

Ain't Got No Troubles features songs written by Brent, but she's not a prolific writer. She says she's still discovering songs from 80 years ago, and can just as easily express herself with someone else's songs.

"I've referred to myself as a song interpreter," Brent says. "I don't like to rehash something that somebody else has done. ... The joy in it to me is to revel in what they have accomplished with their own tune and then to make it mine and new and fresh again."