Accessibility links
In Rural Calif., A Debate On How To Save A Hospital Residents in Modoc County, in the remote northeastern corner of California, will soon vote on whether to tax themselves to save their local hospital. The county has gone broke trying to keep the hospital open, and a fractious debate has erupted in this proudly conservative frontier community over the best way forward. 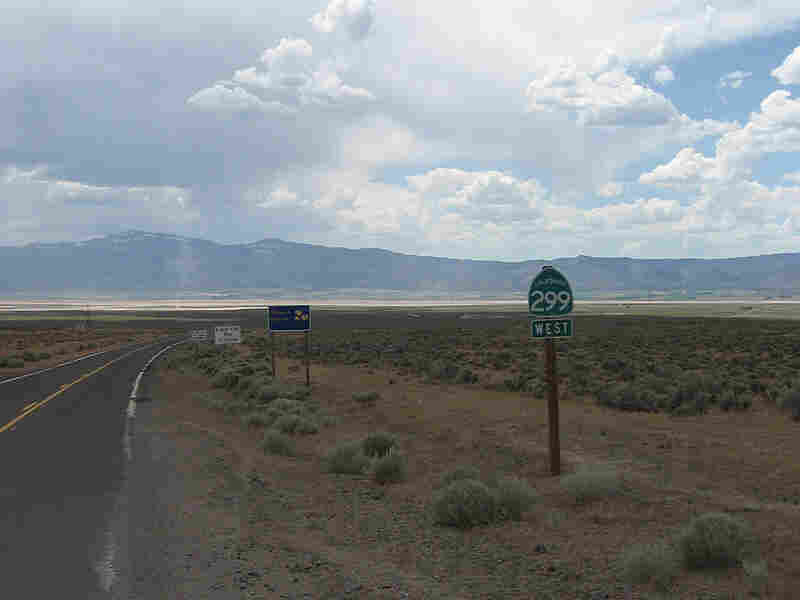 Modoc County is in the remote northeastern corner of California. Residents there will soon vote on whether to tax themselves to save their local hospital. Sarah Varney/KQED hide caption 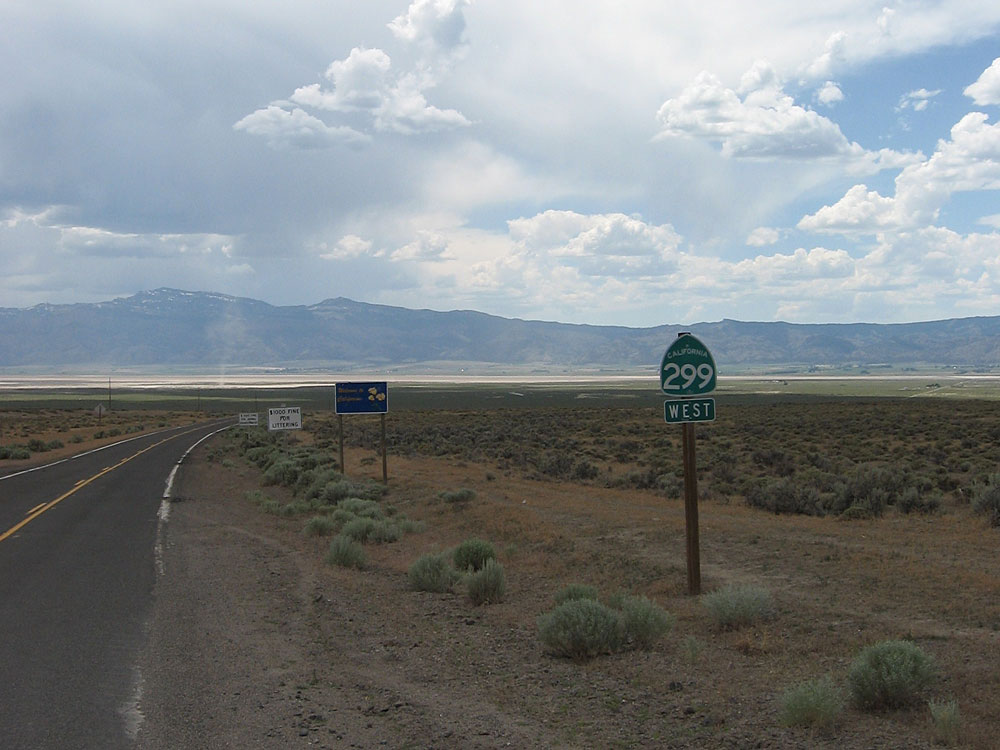 Modoc County is in the remote northeastern corner of California. Residents there will soon vote on whether to tax themselves to save their local hospital.

Rural hospitals across the nation have struggled to stay afloat. There are, of course, fewer patients in rural areas, and many of them are on public health insurance programs that pay far less than private insurers.

Residents in Modoc County, in the remote northeastern corner of California, will soon vote on whether to tax themselves to save their local hospital.

The county has gone broke trying to keep the hospital open, and a fractious debate has erupted in this proudly conservative frontier community over the best way forward.

The hospital hallways at the Modoc Medical Center, like the nights, are quiet. It's been years since pregnant women could deliver their babies here. A surgeon comes just twice a month to do simple procedures. Even the helicopter pad is sprouting weeds.

Dan Macsay, chairman of the Modoc County Board of Supervisors

But it's no exaggeration to say that the county hospital in Alturas -- even with its limited services -- is a lifeline to the people who live here. The closest full-service hospitals are hours away, and the nearby medical centers over the mountains are often unreachable during winter storms.

"They gotta have something," says Vicky Smith, 61, who moved to the area as a young girl. She now owns the Main Street Family Diner. "There's a lot of retired people here, a lot of 'em. And if they don't have medical, they'll have to leave.

The talk of the diner, and elsewhere in the remote Pit River Valley, is the fiscal calamity that could force the hospital to close and the county to go bankrupt.

An outside audit found that county supervisors improperly used restricted funds to bail out the hospital, which was losing millions of dollars a year. Now, the county has to pay back some $12.5 million in federal and state grants. And the hospital is on its own to make ends meet.

"It's almost living paycheck to paycheck basically," says Monica Derner, the hospital's interim chief executive. She's the seventh CEO in the past four years. "And some months are better than others. And sometimes the payables are more current than other times. And it's kind of just juggling the finances around to make it work right," she says

Somewhere along the way, a county supervisor uttered the unutterable -- that the Modoc Medical Center just might have to close. The suggestion enraged the normally reserved residents here, especially those who came to Modoc, with their Medicare cards, to retire.

I do not believe that throwing money at a problem is the way to go it, and put it on the backs of the taxpayers.

A group called Save Our Hospital formed. Members held evening meetings and collected signatures, and now, at the end of this month, voters here will decide whether to increase their property taxes to fund their hospital.

Lau Miller, a retired security guard who has the unenviable job of selling a tax increase, is going door to door handing out information packets.

"Sometimes it works, sometime it don't," she says.

Modoc is California's most Republican county, where ads for the local Tea Party run prominently in the weekly newspaper.

Still, Miller says the one thing voters here hate more than taxes is the thought of being stranded in Alturas or on a ranch with no ambulance service and no place to spend the night when felled by pneumonia or a hip fracture.

The Fear Of A Ghost Town

The hospital is not just a lifeline -- it's an economic engine, even if it is just sputtering along. Like many rural hospitals, Modoc Medical Center is the largest employer in town, and people here worry what will happen if it closes.

"We'll be reduced probably to one grocery story, we'll probably lose a hardware store. We'll lose a lot of things, and a lot of people can't stay here," says Judy Mason, who is secretary of the Save Our Hospital committee. "Then you get a reduced value of properties, so now your tax base is smaller also. So the county becomes more impoverished simply because the tax base isn't there. So it's kind of a signpost: 'Ghost town this way.' " 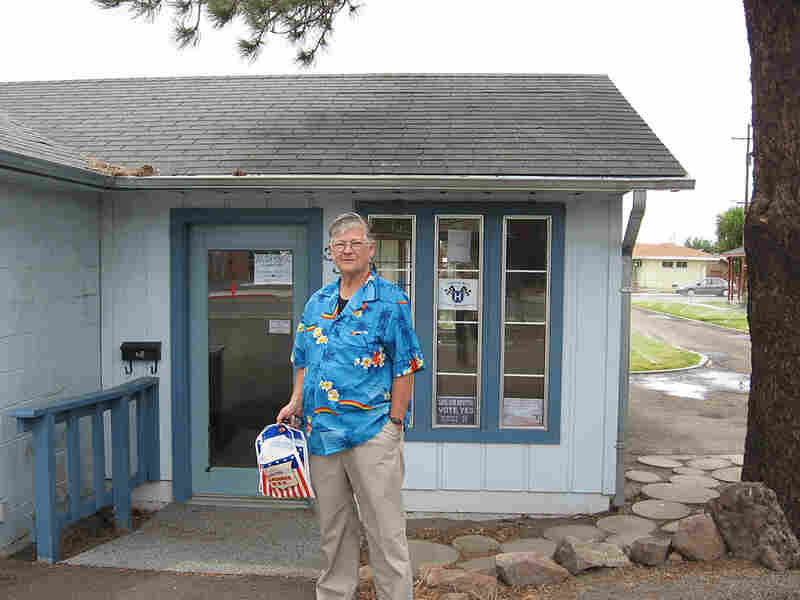 Lau Miller stands outside the Save Our Hospital committee headquarters on Main Street in Alturas, Calif. She's getting ready to go door to door to hand out pamphlets. Sarah Varney/KQED hide caption 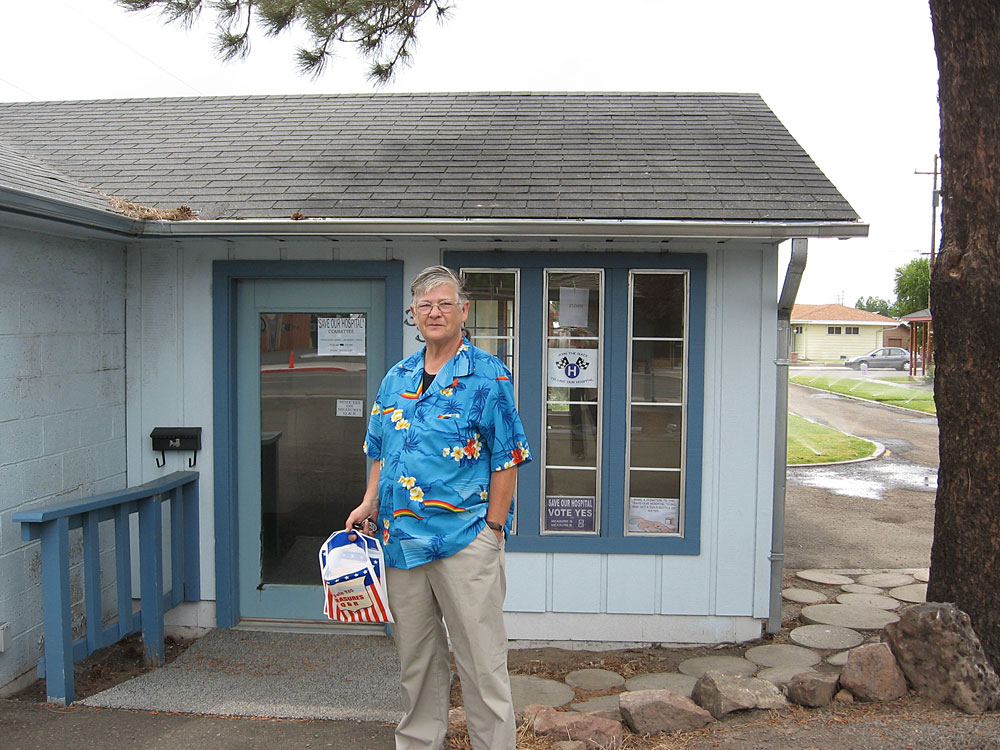 Lau Miller stands outside the Save Our Hospital committee headquarters on Main Street in Alturas, Calif. She's getting ready to go door to door to hand out pamphlets.

County officials estimate the proposed parcel tax would generate $3 million a year. That's enough, they say, to keep the hospital afloat and even buy some new equipment. Still, there's strong opposition to the tax measure.

Doug Knox retired with his wife to a small ranch outside of Alturas. His driveway is lined with American and Confederate flags, and he is single-handedly leading the opposition to the parcel tax with radio and television ads.

But even the staunchly conservative county supervisors -- who've come under fire for creating the crisis -- admit the parcel tax may be the only choice.

The battle over the hospital and allegations of impropriety have engaged locals in county government in a way not seen in decades. Attendance at public meetings is at an all-time high and, in dozens of interviews, residents say they are beginning to challenge the closed-door way county officials have long conducted business.

Even the county supervisors admit the uncomfortable scrutiny may in the end be a blessing.

Healing Rural Patients With A Dose Of Broadband Aug. 17, 2010