Accessibility links
Brutality Against Women Stirs Fear In Afghanistan In one recent case, an Afghan widow suspected of adultery was tortured and shot. In another, a woman seeking to flee an abusive marriage had her nose cut off. Activists say the U.S.-supported government of Afghanistan has been passive on issues of human rights as it is eager to negotiate peace with the resurgent Taliban. 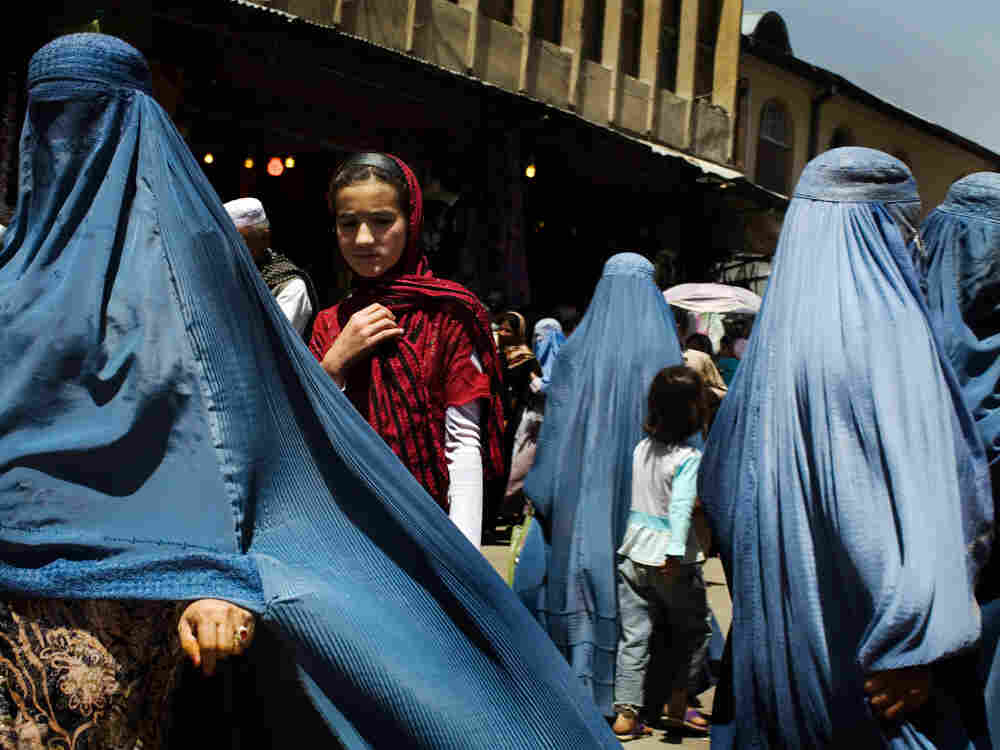 Women walk at an outdoor market in downtown Kabul. The resurgent Taliban and several recent executions in accordance with an extreme interpretation of Shariah law have human-rights activists worried, particularly for women. Rodrigo Abd/AP hide caption 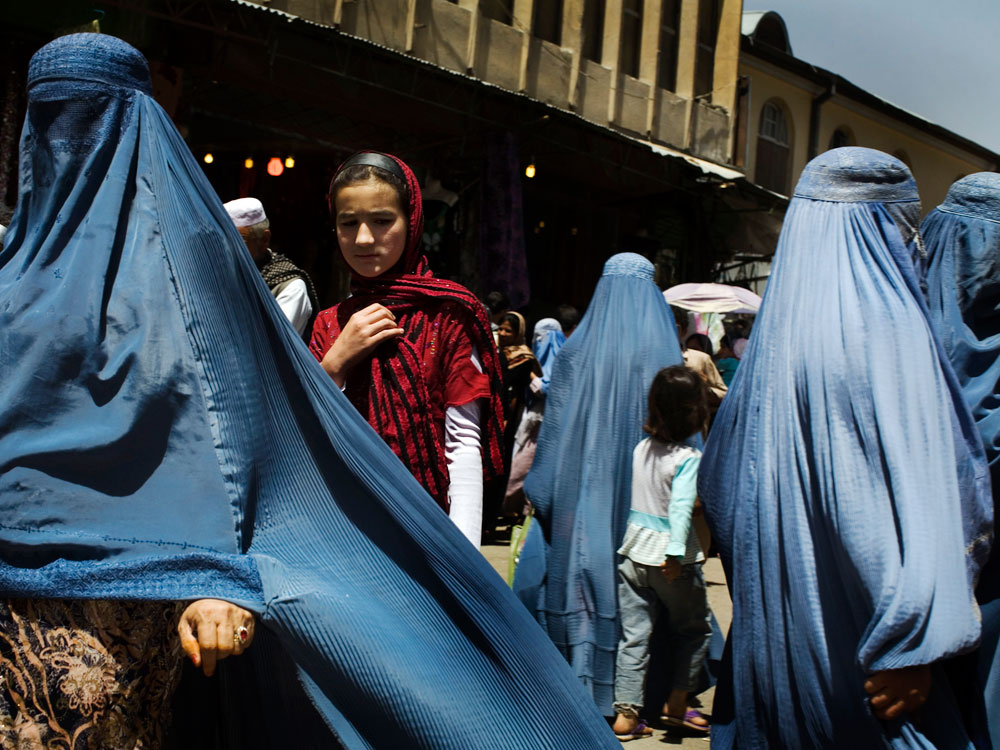 Women walk at an outdoor market in downtown Kabul. The resurgent Taliban and several recent executions in accordance with an extreme interpretation of Shariah law have human-rights activists worried, particularly for women.

The Taliban has denied that its militants tortured, hanged and shot a widow in Afghanistan's western Baghdis province for adultery.

It's not the principle the Taliban disagrees with -- in a lengthy press release, a Taliban spokesman said that the woman should have been stoned to death instead.

President Hamid Karzai condemned the stoning in a separate case of a couple put to death in Kunduz province. But he has also been careful in public statements to avoid mentioning topics like women's rights.

Human-rights advocates say the U.S.-supported government of Afghanistan has not done enough and that the government's reaction raises questions about plans to reconcile with the Taliban.

Pregnant, Shot And Killed In Afghanistan

Earlier this month, two brutal incidents caught the world’s attention. An Afghan woman appeared on the cover of Time magazine, her nose cut off because she fled an abusive marriage. The other was the pregnant widow in Baghdis province accused of adultery. The local Taliban commander ordered 200 lashes and then shot the woman to death. A Taliban spokesman denied responsibility in both cases.

Qari Yousuf Ahmadi, a Taliban spokesman speaking by telephone from an undisclosed location, said that genuine Taliban leaders would never mutilate a woman. As for the woman whipped and shot to death for adultery, Ahmadi said the proper sentence is death by stoning. Indeed, this week in the northern province of Kunduz, a Taliban judge ordered just that.

Across northern Afghanistan the resurgent Taliban has carried out several executions that raise questions about the radical movement's command and control over many loosely affiliated fighting groups.

According to another Taliban representative, Zaibullah Mujahid, a young couple eloped, but was then lured back to their village in Kunduz province where a Taliban judge pronounced them guilty of adultery. Taliban functionaries threw the first stones before a crowd of several hundred male villagers battered the couple to death.

'It's Revenge' And Not Justice

Sima Simar, head of the Afghan independent human-rights commission in Kabul, says that the Taliban encourages the worst in Afghan society when it sanctions honor killings and public executions.

"It's revenge. They're not going for justice; they're going to take revenge," Simar says.

She says the Taliban represents a current in Afghan society and thrives because the Karzai government isn't providing any justice at all.

But Simar says the Afghan government is sending mixed signals. She fears that the government, in an effort to end the war, is trying to reconcile with Taliban insurgents at the moment, at the expense of human rights.