Accessibility links
In Grip Of Drought, Floods, Niger Faces Hunger Crisis Nearly 8 million people in the West African nation -- more than half its population -- desperately need food aid after a crippling drought ruined harvests. But a funding shortage forced the U.N.'s World Food Program to cut distributions, meaning only a fraction will get fed. And now flooding from torrential rains is further hampering aid efforts. 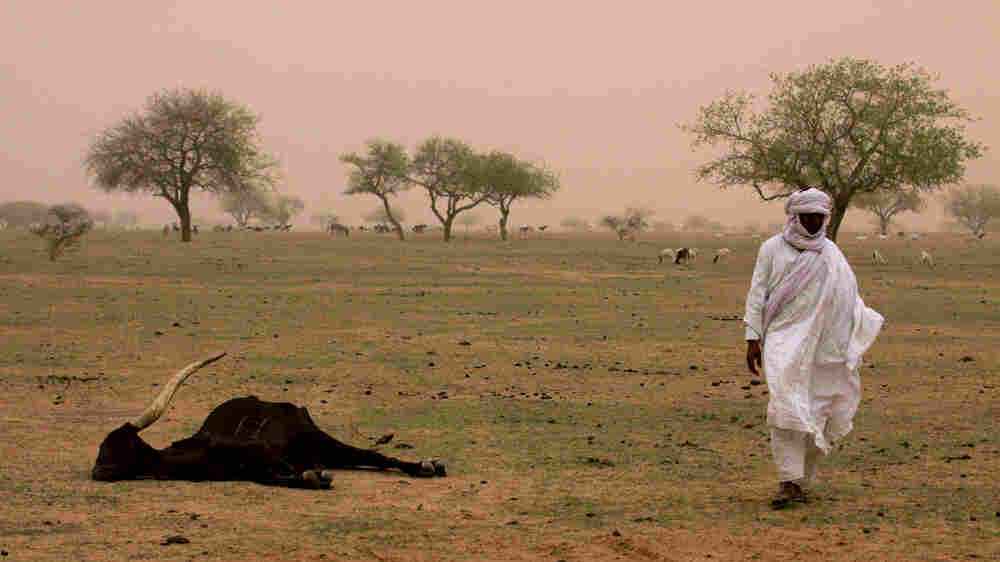 Nomadic tribal chief Ibrahim Mangari walks past the carcass of a cow that he says died of hunger in Gadabeji, Niger, in May. International aid groups once again warn that this nation of 15 million on the verge of the Sahara faces a food crisis. Sunday Alamba/AP hide caption

At the epicenter of a hunger crisis in West Africa's Sahara Desert region, Niger is in desperate need of food aid for nearly 8 million people -- more than half the country's population. Yet a cash-strapped U.N. food aid agency has had to make a difficult choice: For now, only children younger than 2 and their families will be fed.

Five years after the last major emergency in Niger, the nation is again stalked by hunger and starvation. A crippling drought has decimated harvests, and seasonal flooding is hampering relief efforts.

"Because of failure of crops, because of erratic and late rainfall and the protracted drought, the whole region has been suffering a food crisis," said Malek Triki, regional spokesman for the United Nations World Food Program. "The main reason why the people are suffering is that because of the [typical August] lean season being this year longer than usual -- imagine that being protracted for six months instead of three." 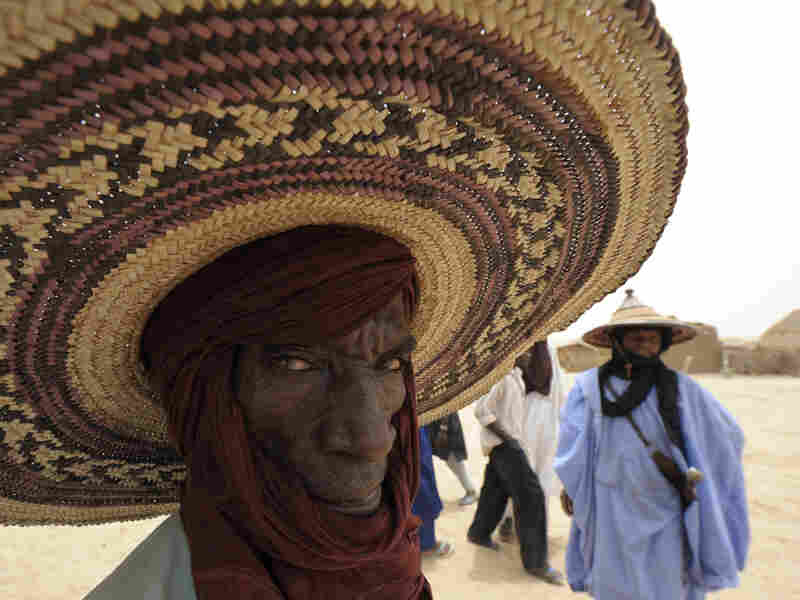 A farmer waits for food distribution near Dakoro, in northern Niger, in May. U.N. agencies sounded alarms back in November about a growing food crisis in the West African nation, one of the world's poorest. Now more than 8 million people in Niger are in desperate need of aid. Issouf Sanogo/AFP/Getty Images hide caption 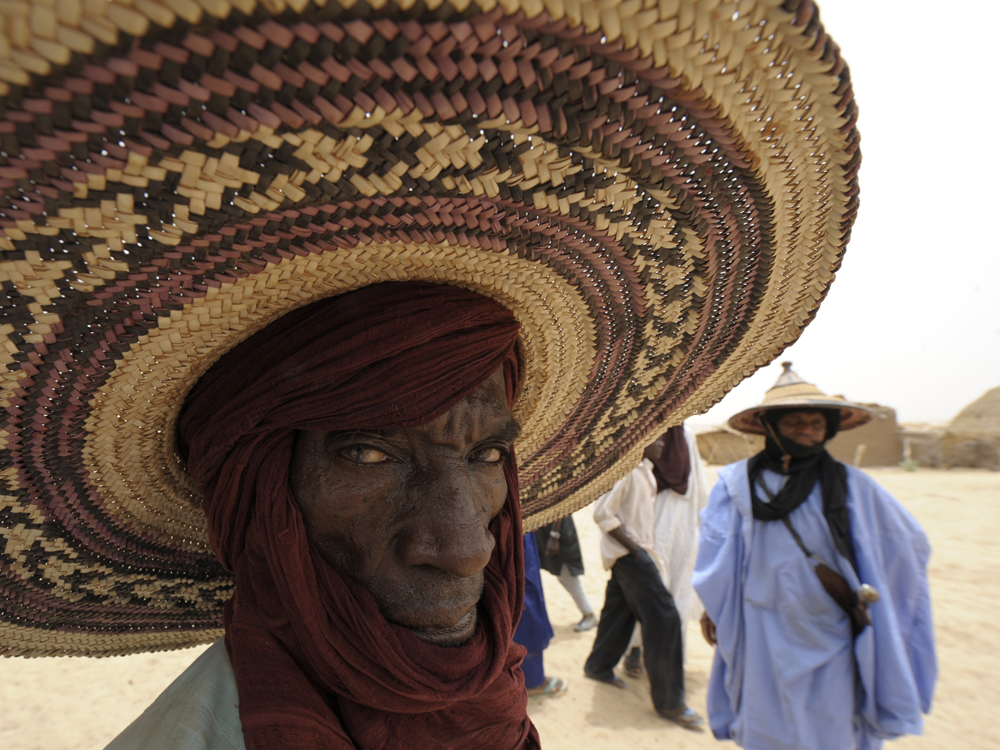 A farmer waits for food distribution near Dakoro, in northern Niger, in May. U.N. agencies sounded alarms back in November about a growing food crisis in the West African nation, one of the world's poorest. Now more than 8 million people in Niger are in desperate need of aid.

Triki said international response to fund the food emergency has been sluggish, despite the fact that the government and relief agencies sounded alarms back in November.

"We still appeal to the international community to come forward, because if we don't have the necessary funds as quickly as possible, we would just be unable to help those people who are in dire straits," he said.

U.N. agencies as well as international and local nongovernmental organizations are coordinating with Niger's military government to try to resolve the crisis. But villagers have said the situation this year is worse than in 2005 and during the famine of 1973, when thousands of people died of starvation.

In Niger's capital, Niamey, Oxfam's Caroline Gluck said some people in the region are surviving by eating wild leaves and berries. "They have had to sell what few animals they had remaining in order to buy food stocks, but the food prices are rising, and tens of thousands of livestock have actually starved to death," she said. "So people are in a precarious situation, and they're desperate."

The crisis is compounded by the decision last weekend by international agencies to withdraw foreign aid workers from some areas, for fear of kidnappings in the volatile region. Niger's government spokesman Mahamane Lawali Danda told the BBC that the pullout came as a surprise.

"There's no mistaking the fact that these Western workers and their charities have been helping Niger, but they should know that their withdrawal from those areas cannot be justified," he said. "This will only give the terrorists more power in what they want to achieve. Our government and the army have been deploying their best forces to contain whatever threats there are."

The lack of funds forced the WFP to make tough humanitarian decisions in Niger: Only children younger than 2 and their families will receive protein-rich nutrition distributions from the agency, leaving many other children vulnerable.

"There is the risk of infant mortality," said the U.N.'s Malik Triki. "It's just that there is a time lag between malnutrition not being treated in a timely manner and that translating into death, mortality."

The U.N. warns that Niger's neighbors Chad, Burkina Faso and Cameroon are also in the grip of the crisis, as well as northern Nigeria.

In Kano, Nigeria, more than 2,000 families were displaced by floods, and in Jigawa, an entire village was submerged and residents were moved to other areas.

In Mauritania, a child was swept away by floodwaters that damaged bridges and many homes in the mountain town of Aioun.