Thailand Will Extradite 'Merchant Of Death' To U.S.

Thailand Will Extradite 'Merchant Of Death' To U.S. 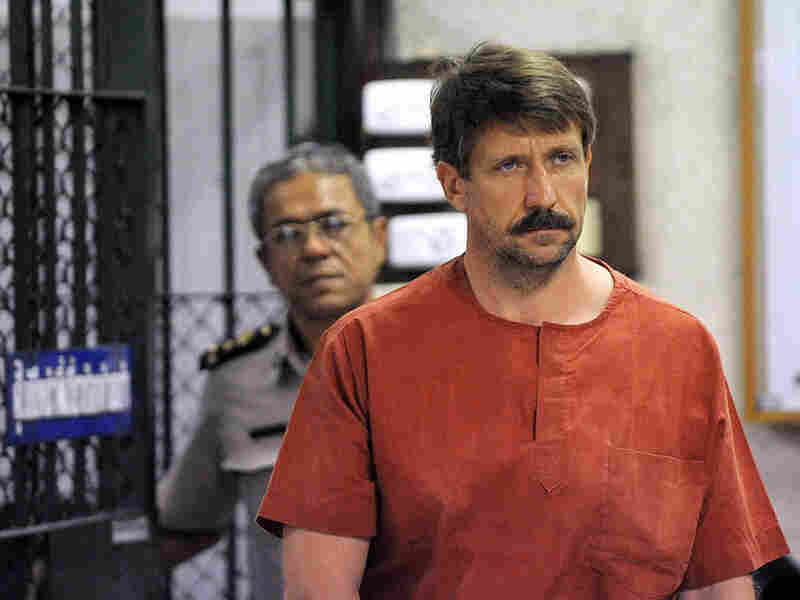 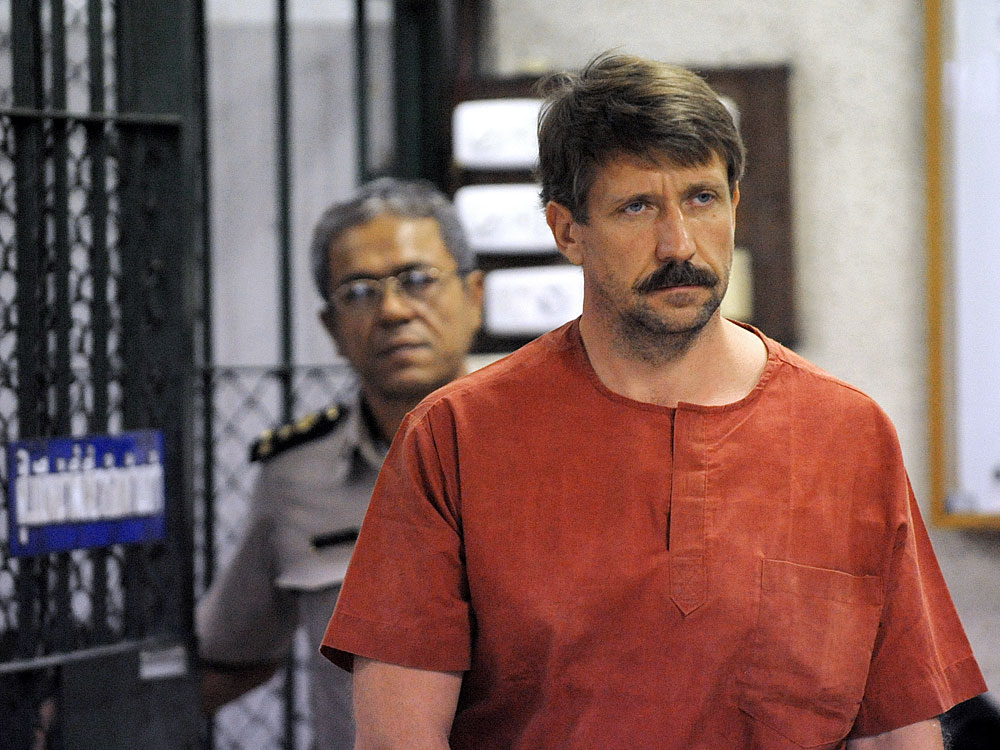 Alleged Russian arms dealer Viktor Bout walks past temporary cells ahead of a hearing on Friday at the Criminal Court in Bangkok.

After years of American diplomatic pressure, a Thai court on Friday ordered suspected Russian arms trader Viktor Bout to be extradited to the U.S. to face charges of conspiracy and terrorism -- drawing strong protests from Moscow.

Bout, nicknamed the "Merchant of Death," is described as one of the world's most prolific arms traffickers, allegedly selling weapons to dictators and in conflict zones in the Middle East, Africa and South America from the 1990s until his arrest in 2008.

The court ordered that the extradition take place within three months. Bout, 43, faces a maximum penalty of life in prison if convicted in the U.S.

Acting U.S. Deputy Attorney General Gary Grindler said Friday that Washington was "extremely pleased" with the extradition order on charges of "conspiring to sell weapons to a terrorist organization for use in killing Americans."

"The prosecution of Viktor Bout is of utmost priority to the United States, but the criminal charges he faces are not solely an American concern," Grindler said in a statement. "He has been sanctioned by the United Nations for alleged arms trafficking activity and support of armed conflicts in Africa.”

The activities he was performing involved a lot of Russian government officials. The information he has, many parties want to keep under wraps.

Russian Foreign Minister Sergey Lavrov called the decision "unlawful and political," saying it was influenced by "very strong outside pressure." He said Moscow would do everything it could to bring Bout home.

Outside the courtroom, the ex-Soviet air force officer appeared shackled in leg irons and defiantly vowed to prove his innocence in an American courtroom.

"We will face the trial in the United States and win it," Bout told reporters in Russian after the verdict, according to Russia's RIA Novosti news agency.

His wife, Alla Bout, called it "the most unfair decision possible."

"It is known the world over that this is a political case," she said in Russian through a translator.

Bout allegedly ran a fleet of aging Soviet-era cargo planes used to transport weapons clients such as Liberia's infamous Charles Taylor, who is currently on trial for war crimes, and Libyan leader Moammar Gadhafi. He also reputedly supplied both sides in the brutal decades-long civil war in Angola.

Bout evaded authorities for years before he was captured during a joint U.S.-Thai sting operation at a Bangkok hotel in which agents posed as arms buyers for the Revolutionary Armed Forces of Colombia. FARC is on the U.S. list of terrorist organizations.

He was subsequently indicted in the U.S. on four terrorism-related charges that include conspiring to sell millions of dollars worth of weapons to FARC.

According to the indictment, Bout told undercover agents posing as representatives for the insurgents that he could get them 700 to 800 surface-to-air missiles, 5,000 Kalashnikov rifles, explosives, landmines and surveillance drones. The charge sheet also accuses Bout with conspiring to kill Americans, conspiring to kill U.S. officers or employees, and conspiring to provide material support to terrorists.

Following his capture, a tug-of-war ensued between Washington and Moscow as Bout remained in a Thai maximum security prison.

Experts say Bout has been useful for Russia's intelligence apparatus, and Moscow does not want him going on trial in the United States.

In 2009, a lower Thai court ruled that Bout couldn't be extradited because FARC was a political movement rather than a terrorist organization. The appeals court said Friday, however, that the charges were criminal in nature and not political.

"Given that the defendant was charged with conspiring to kill American citizens and American officers, conspiring to source ... anti-aircraft missiles and acquire weapons for a terrorist group like FARC -- these are criminal offenses not just in the country where he is a plaintiff but also the country receiving the charges," the ruling stated.

Pavel Felgenhauer, an independent Moscow-based military analyst, called Bout a "prize catch" for Washington and an embarrassment for Moscow.

"The activities he was performing involved a lot of Russian government officials. The information he has, many parties want to keep under wraps," Felgenhauer said.

The U.S. could secure key military intelligence not only on Russia but on other former Soviet states where Bout operated, he said, adding that if Bout were to accept a plea bargain, "He could really start to sing."

Jessica Golloher and Peter van Dyk, reporting for NPR from Moscow, contributed to this story, which contains material from The Associated Press.