Accessibility links
From Zero To Hero: Seraphic Fire's Viral Monteverdi When the ensemble was turned down by record labels, Seraphic Fire's members released its recording themselves. In just a few days, it was the sixth-best-selling classical album on iTunes. 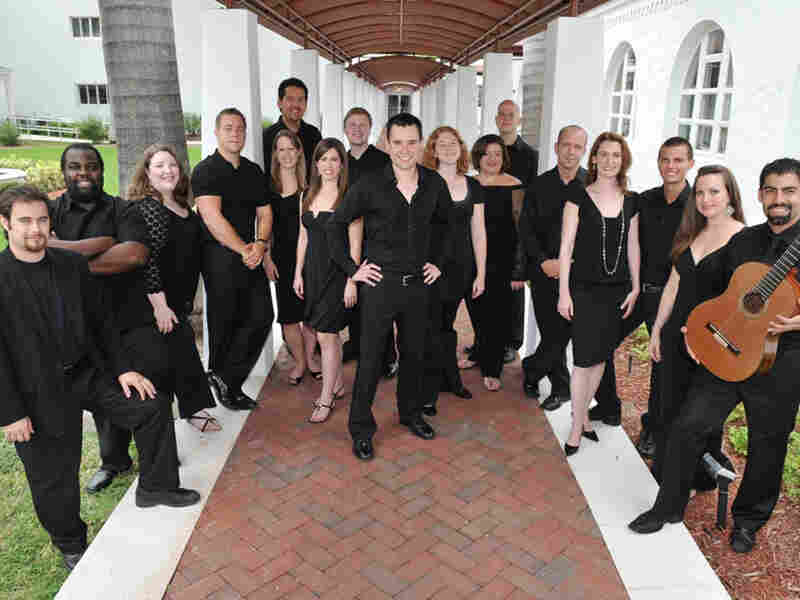 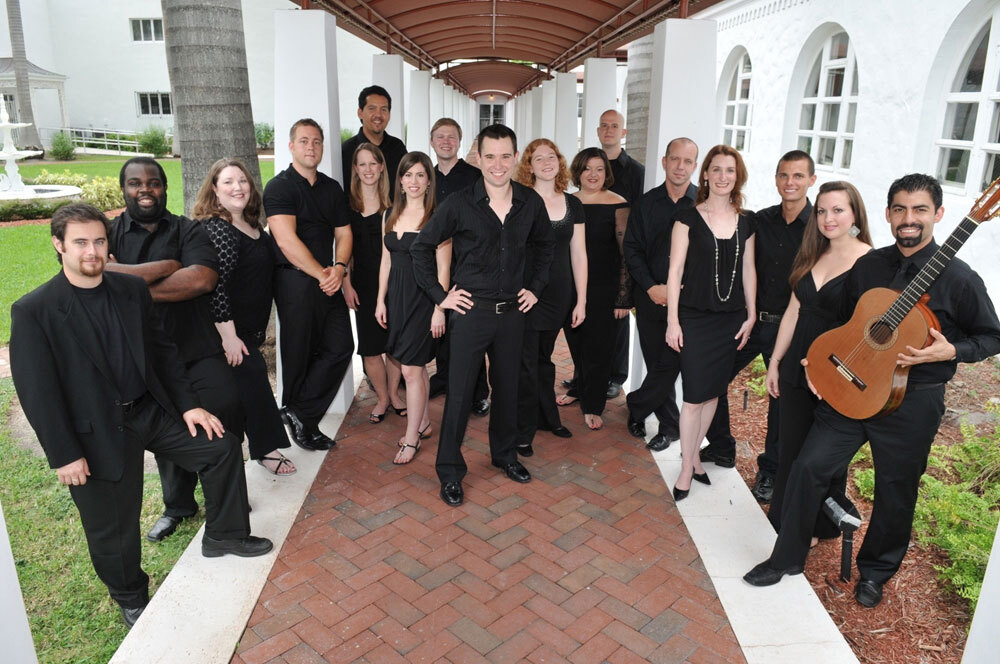 Last week, a recording of Claudio Monteverdi's 1610 masterpiece, Vespers of the Blessed Virgin, was released on iTunes. It promptly landed in the Top 10 classical recordings on iTunes, sandwiched between the London Symphony Orchestra's Beethoven and Yo-Yo Ma's Bach. What makes this surprising is that the recording is by a little-known Miami-based professional choir called Seraphic Fire -- and the musicians released it themselves.

Purchase 'Vespers Of The Blessed Virgin' On iTunes

Seraphic Fire made its debut a little more than seven years ago. Classical music critic Greg Stepanich says it's become an essential part of South Florida's music scene -- performing works from the Renaissance to the 21st century.

"Every concert that they do is all thought out, intellectually," he says. "And when you go hear it, it's vocally brilliant."

The group's founder and conductor is Patrick Dupre Quigley. Under his leadership, Seraphic Fire has sung with the New World Symphony and recorded with Shakira on her album Oral Fixation 2.

A couple years ago, when Seraphic Fire received a $25,000 grant, the group decided to tackle a big project: recording Monteverdi's Vespers of 1610, one of the greatest choral works of all time. It teamed up with the Western Michigan University Chorale and recorded it in a little stone chapel in Kalamazoo.

Quigley says this famous piece has a kind of utilitarian history. Around 1608, the middle-aged Monteverdi was unhappy in his position with the Gonzaga family at the court in Mantua. So, over the course of the next two years, he compiled a large book of compositions, which included the Vespers, and dedicated it to the pope.

"The Vespers is, in essence, a job application," Quigley says. "Or at least the lore tells us. Eventually, the position at St. Mark's in Venice came open. He assumed the directorship there, and the rest is history."

The piece is often performed in a grand manner, with brass, strings and a double choir. But in the score, Monteverdi suggests it can be done in a smaller way.

"When we take a step back and look at the words that Monteverdi himself wrote in the print, we see that the word 'optional' is used a whole heck of a lot," he says.

Instead of a large orchestra, Quigley chose to use only three instrumentalists. He calls the piece revolutionary -- juxtaposing large overlapping choral sections with intimate moments for soloists in what would then be considered a contemporary popular style. Quigley says Monteverdi also illustrates the text in the choral parts.

"There's a moment in the 'Dixit Dominus' where it talks about flowing water," Quigley says. "And Monteverdi, in order to show the cascading water of this river, sets each of the choral voices in three, which then overlap each other differently. And you have this feeling of undulation."

When the recording was finished, Quigley shopped it to several record labels, all of which turned him down. Though they liked the recording, he says, no one wanted to take a gamble on a little-known group. So Seraphic Fire released the CD on its own and placed it on iTunes. When it came out last week, it was a featured selection. Quigley took a screen shot, put it on his Facebook page and tagged everyone who was on the recording.

"Everyone started to share this with all of their friends on Facebook, saying, 'Look, we got featured on iTunes,' " he says. "By the end of the day, someone noticed that we had moved into the 18th-best-selling classical album on iTunes."

Within 36 hours, it was No. 6. Quigley says the viral explosion has been gratifying for many reasons, but most especially because many of the people who downloaded it were unfamiliar with Monteverdi.

"Introducing a younger audience to this 400-year-old music," Quigley says, "was one of those fantastic things that happens only through the Internet."

'Vespers Of The Blessed Virgin' On iTunes