Accessibility links
U.S. To Host Israeli-Palestinian Peace Talks In D.C. Israel and the Palestinians have agreed to resume long-stalled direct peace negotiations on Sept. 2 in Washington, with the goal of reaching a settlement within a year. The Obama administration has conducted shuttle diplomacy for months in an attempt to bring the two sides to the table. 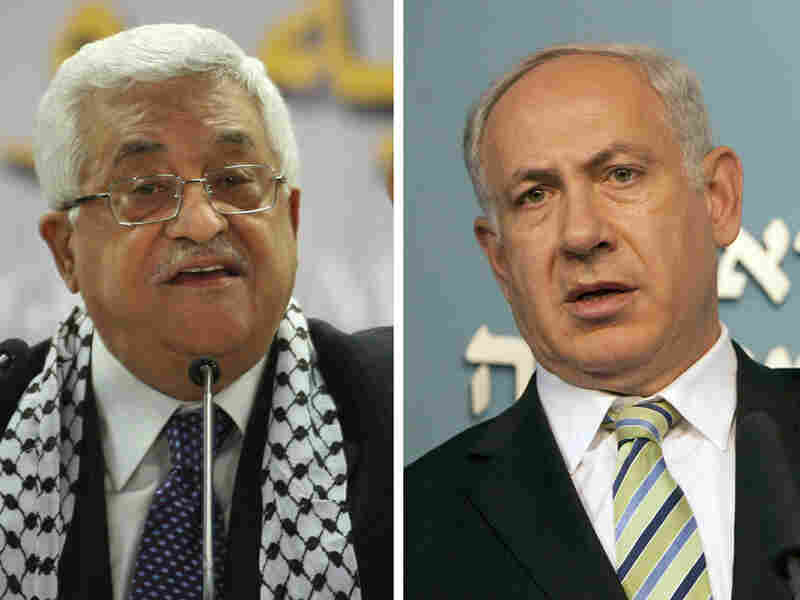 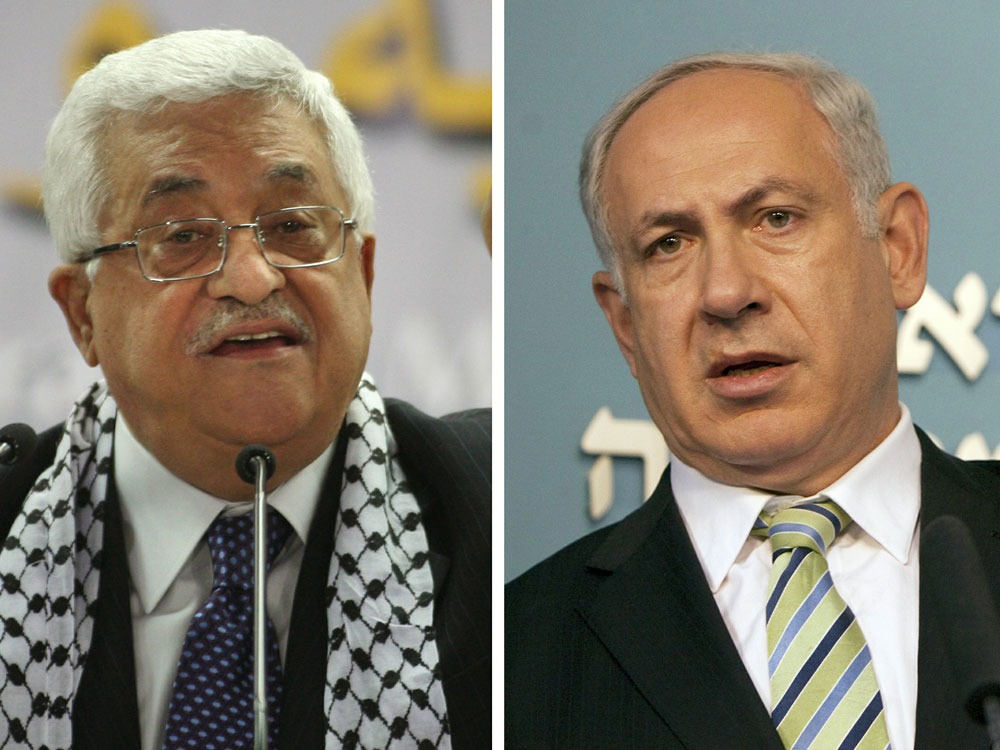 Clinton conceded that difficulties are ahead. "Without a doubt, we will hit more obstacles," she said, but she added that negotiators should be able to reach a comprehensive peace agreement within one year.

She said President Obama has invited the leaders to bilateral meetings on the day before the talks.

U.S. special envoy George Mitchell told reporters at the State Department that the mediators facilitating the talks would "proceed with patience, perseverance and determination," but he said the initiative should come from the two parties themselves.

Without a doubt, we will hit more obstacles.

The U.S. has been working with the two sides as part of an effort launched by the so-called Quartet, a diplomatic team of negotiators from the United States, the European Union, Russia and the United Nations. The Quartet, whose lead negotiator is former British Prime Minister Tony Blair, issued a statement saying it would support the parties during the talks.

In Jerusalem, Netanyahu's office issued a statement welcoming the U.S. invitation and the "American clarification that the talks would be without preconditions.''

"Reaching an agreement is a difficult challenge, but is possible,'' the statement added.

The chief Palestinian negotiator, Saeb Erekat, told NPR that the guidelines laid out for direct talks were acceptable to his side. "It's doable," Erekat said, "it's time for decisions."

But Erekat repeated a Palestinian demand that Israel extend its moratorium on settlement building in the West Bank. "The Israelis have a choice now, settlements or peace ... If they don't extend the moratorium, that means they don't want the negotiations."

Israel says any extension will have to be negotiated.

Sabri Saydam, of the Fatah Revolutionary Council, said many members of Abbas' own Fatah party oppose the negotiations because, he said, the Palestinian public doesn't believe in them.

"The people so far don't see any success stories that can encourage them to accept going to direct talks," Saydam told NPR. "If we go to peace talks, then we lose the people."

The talks would be the first direct negotiations between the two sides since December 2008. Indirect talks, known as "proximity talks," have been going on since May, with Mitchell shuttling between teams of Israeli and Palestinian negotiators.

The issues to be discussed are the most difficult remaining before the Israelis and the Palestinians can reach a peace deal that would create an independent Palestinian state and security assurances for Israel.

They include the status of Jerusalem, which both sides claim as their capital city, and the question of whether Palestinians who fled Israel during the fighting in 1948 -- and their descendants -- have a right to return to the properties their forebears left behind.

Other issues include the question of Israeli settlements in the West Bank and the borders of a proposed Palestinian state. When the proximity talks began, Netanyahu said all issues would be on the table, but only after the primary issue -- Israeli security -- had been discussed.