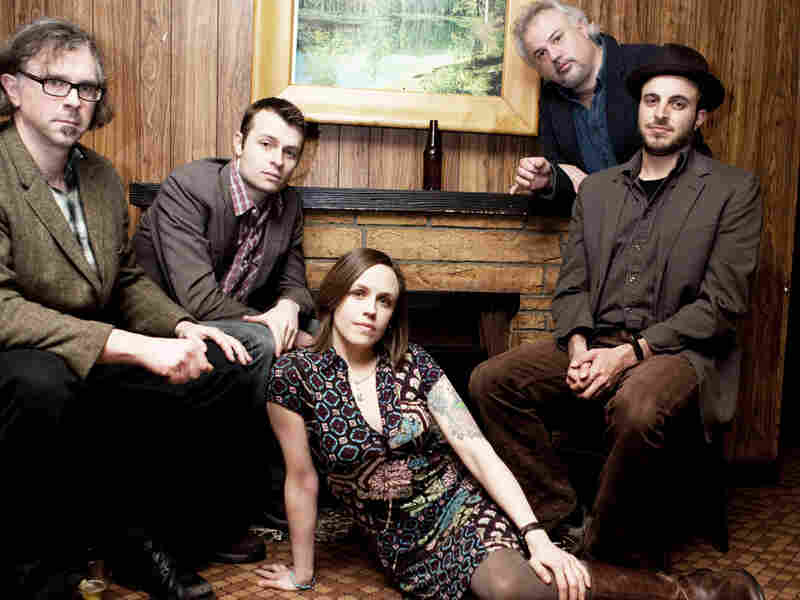 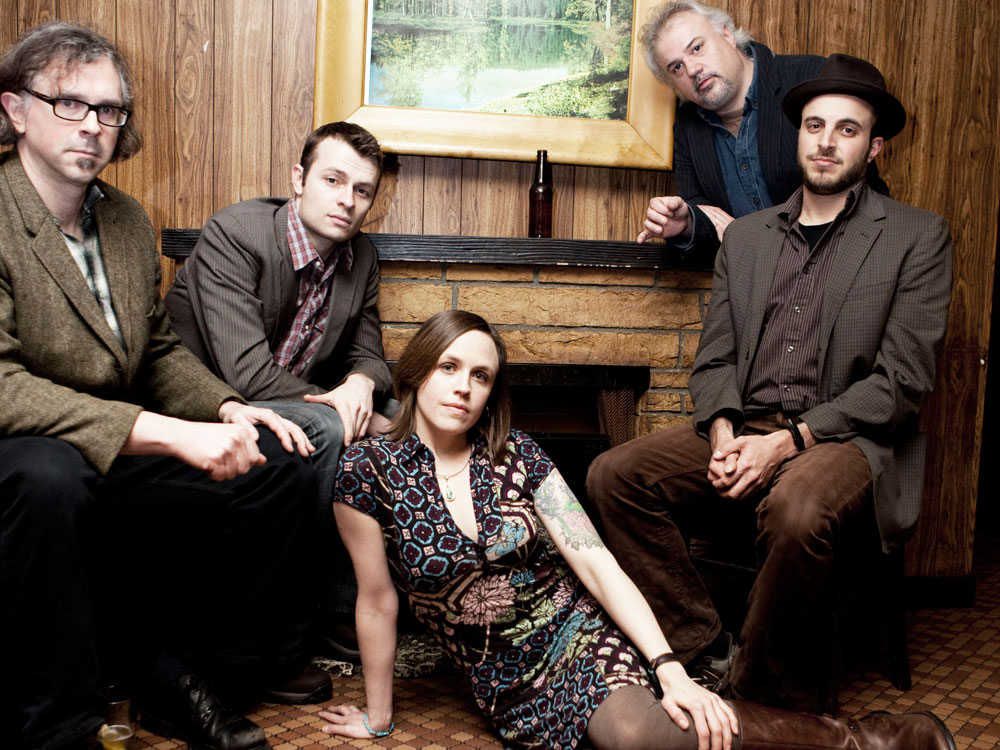 "Roll Of The Dice"

Take some rough and raw vocals akin to Tom Waits, mix in heavy doses of Bob Dylan, add melodies that send you back to a bygone era and push you forward with rock 'n' roll urgency, and you get Kingsley Flood.

The group features Chris Barrett on trumpet and percussion, George Hall on electric guitar, Naseem Khuri on acoustic guitar and lead vocals, Jenee Morgan on violin, Nick Balkin on bass and Will Davies on drums; their debut album together is called Dust Windows. Weekend Edition Sunday guest host Rachel Martin recently talked with the Boston band about the road to its first release.

Khuri hadn't always aspired to be in a rock band -- his career path seemed pointed in a different direction entirely. In graduate school, he studied international relations, but says he was worried about continuing down that road.

"Somewhere along the way, I got a little nervous at the idea of sitting at an office for a long time," he says. "I realize I wanted a more direct connection with humans. I just wanted more of a one-on-one connection and wanted more impact, sooner. I found that a rock band was the best way to do that. I had all these songs festering for a long time."

Kingsley Flood's music has been labeled as Americana, but the band members say that they like to push those boundaries. Their music also carries hints of punk and rock 'n' roll.

"We're trying to create this sound that is a little different, that definitely has this tradition that's rooted [in Americana] and looks forward and incorporates all that other stuff," he says. "We try to bring some ferocity to it."

The group formed in a serendipitous fashion: Balkin and Khuri met after responding to the same Craigslist ad for a house rental. Balkin says he overheard Khuri recording his demo, and Khuri invited Balkin to pick up a bass and play with him.

"We had this one gig, and I considered it a one-off thing," Balkin says. "But it went really well, and we found another gig and just kept playing."

For Dust Windows, Khuri says he drew from personal loss in creating the record: His father died recently after a battle with cancer. He says their mutual love of Bruce Springsteen was a huge inspiration.

"We went to see [Springsteen] when he was doing the Seeger Sessions tour, and my dad was dancing and singing along to that song 'Jacob's Ladder,' " Khuri says. "There were two conclusions: one, that we had this thing that we bonded over and how much I loved this music; and two, that he was a really bad dancer."

The loss of his father sparked a sense of urgency in Khuri.

"I got impatient. I wanted more, more contact, more human connection," he says. "I wanted these songs to come to life, and to follow a passion."

Khuri's passion hasn't stopped with the completion of his album. The band is currently working on new material.