Accessibility links
Starting A Journey On I-95, The Road Most Traveled All along the Eastern Seaboard, Interstate 95 has helped shape the daily lives and vacation dreams of the roughly 100 million people who reside alongside it. In the series "I-95: The Road Most Traveled," NPR takes a closer look at this great river of traffic. 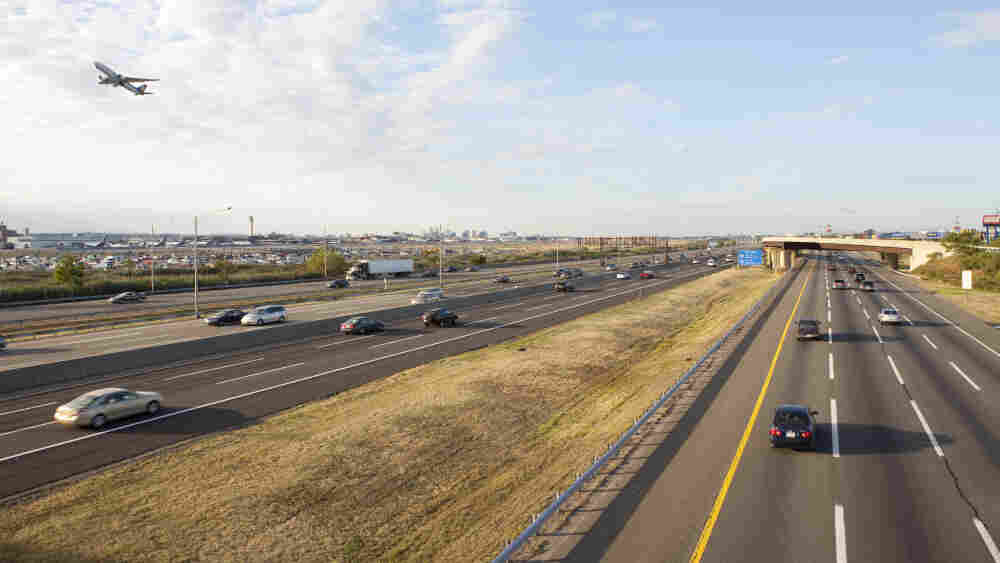 Say "I-95" and millions of Americans immediately get an image. Maybe it's the winking of red taillights on a crowded commute home, or the sight of a sandy beach at the end of a long haul down the interstate.

All along the Eastern Seaboard, Interstate 95 has helped shape the daily lives and vacation dreams of the roughly 100 million people who reside alongside it. They live in dense cities and rural counties in the 15 states through which I-95 passes on its nearly 2,000-mile, north-south path.

The Department of Transportation says that each year I-95 gets more VMTs -- that's vehicle miles traveled -- than any other road. The traffic on I-95 peaks in August as legions of vacationers and college students join commuters, truckers, migrant farm workers and others on the road.

For the next three weekends, NPR will take a closer look at this great river of traffic in a series called "I-95: The Road Most Traveled."

Five Decades Of Growth Along I-95

The population in counties near Interstate 95 grew from about 40 million in 1960 to 64 million in 2008. Counties in Florida and Northern Virginia grew the most in terms of population and persons per square mile.

The analysis includes 206 counties that lie within 20 miles of the interstate.

I-95: The Road Most Traveled

The series begins Saturday with a mystery: For decades, travelers driving along I-95 near the border of Pennsylvania and New Jersey have been stumped by the so-called missing link. That's the short stretch where I-95 disappears around Trenton, N.J.

The gap leaves the promise of I-95 unfulfilled: It was intended to be an unbroken interstate highway from the northern top of Maine to the southern tip of Florida. It also leaves many travelers befuddled. Drivers trying to get from, say, Baltimore to New York City on I-95 may scratch their heads when they hit southern New Jersey, where the red-white-and-blue I-95 badge disappears. Road signs suggest they follow Route 1 to hook around and rejoin I-95 in central New Jersey.

Reporter Joel Rose looks into the back story and talks to highway officials, who say work will begin within weeks to finally complete I-95.

On Sunday, reporter Kathy Lohr heads to South Georgia, where officials have spent a fortune widening I-95 to accommodate freight traffic. The number of trucks has increased dramatically as the Port of Savannah has expanded to take advantage of its proximity to I-95.

Next weekend, the series will head down to South Florida and then up to Maine. The two states are very different, but both depend heavily on I-95 to deliver tourists and create jobs. Where the road went -- and where it didn't -- shaped the economies of both states.

On Labor Day weekend, Rose sets out to learn more about the lives of migrant workers who travel up and down I-95, following the crops that need to be picked.

And finally, the series ends when reporter Tovia Smith talks with transportation futurists who offer ideas for how to keep traffic flowing on the already overcrowded highway.