Accessibility links
Hurricane Katrina: As Seen On TV, Five Years Later This week marks the fifth anniversary of Hurricane Katrina's landfall in the Gulf region, devastating the area and leading to levee breaches that flooded most of New Orleans. TV critic David Bianculli says that television was all over the story then -- and five years later, is all over it again now. 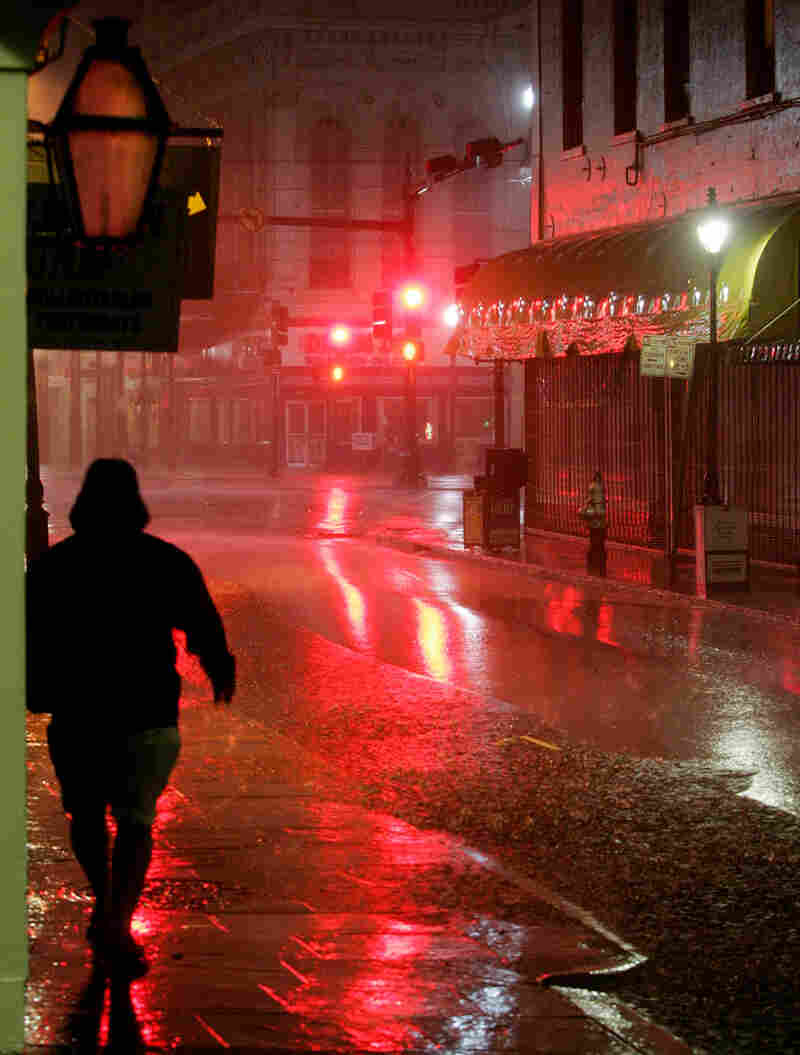 A man walks down a street in the French Quarter in this still from Witness: Katrina, airing Monday, August 23 at 9 p.m. on the National Geographic Channel. Mark Wilson/Getty Images hide caption 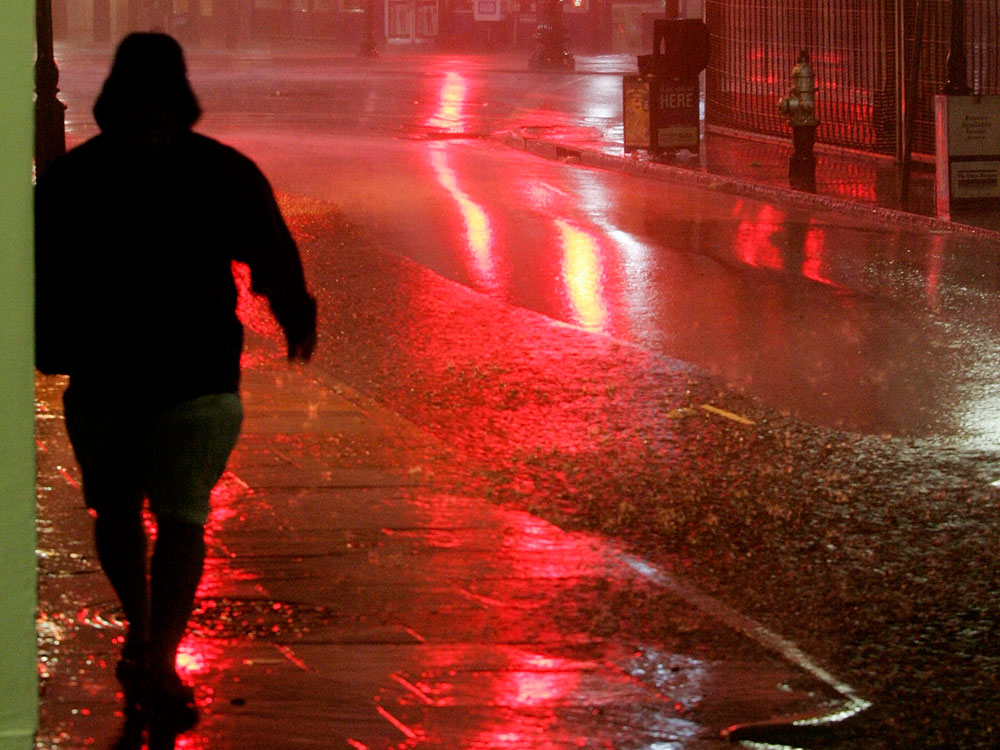 A man walks down a street in the French Quarter in this still from Witness: Katrina, airing Monday, August 23 at 9 p.m. on the National Geographic Channel.

Whatever approach you'd like to see in a fifth-anniversary update of Hurricane Katrina's impact on the Gulf region, TV provides it this week. A pure look back, with retrospective clips and reflection? Check. Fresh reporting, digging up new angles and important stories? Check. A detailed update, focusing not only on what happened then, but what has happened since? Check. All you have to do is know where you go -- so here's a road map.

Tonight at 9 p.m. EST on the National Geographic Channel, a two-hour special called Witness: Katrina covers the August 2005 disaster from ground level. It collects images and recordings not from TV reporters on assignment, but from Gulf residents in their homes -- holding camcorders, or making phone calls, as the massive storm surge comes closer and closer.

On the other end of the spectrum, there's the raw emotion in this Wednesday's edition of the PBS series Frontline. Called Law and Disorder, it devotes itself to one specific incident amid all that chaos: the shooting of a young man, and the severe beating endured by the man's brother when he went in search of medical help. Both the shooting and the beating, this investigative report concludes, were done by New Orleans police. At the end of the program, the surviving brother bursts into tears when discussing the cop who beat him -- but he's crying not from rage, but from compassion.

Then, for recaps and reflections of the TV coverage itself, there was NBC's Dateline special, which ran on Sunday, August 22. Brian Williams, whose reports from New Orleans were some of the most impressive, discussed his memories of covering the flooded city streets -- quite candidly, in a session taped shortly after the disaster itself.

"We made a decision the French Quarter was no longer safe," he recalls. "Things were getting too dicey and we pulled out to the suburb of Metairie, Louisiana. I'll be candid: We heard CNN pulled out. That had some influence on our decision. We had no weapons. We don't work that way. That has to separate us as journalists. But it wasn't safe. So here we are driving through town in our rental cars -- state troopers had to cover us by aiming at the men in the street, just to tell them 'Don't think of doing a smash and grab and killing this guy for the car.'"

Five years later, that really brings you back. Nothing does it quite so much, though, as the footage itself -- of the flooding, the people on rooftops holding signs for help, the bloated dead bodies floating in canals, and even streets. The outrage that it happened here, in the United States, remains fresh -- and in Spike Lee's new HBO documentary on the disaster and its aftermath, a follow-up to his earlier special When the Levees Broke, he includes several pieces of TV news that still sting. One is the infamous "doing a heckuva job, Brownie" remark by then-President George Bush. The other is CNN reporter Soledad O'Brien's interview with that very Brownie -- Michael Brown, then the head of the FEMA government response agency -- whose response to O'Brien, five days after tragedy struck, leaves her incredulous.

"FEMA's been on the ground for four days and is going into the fifth day," O'Brien says. "Why no massive air drop of food and water? In Indonesia, they got a food drop two days after the tsunami struck." 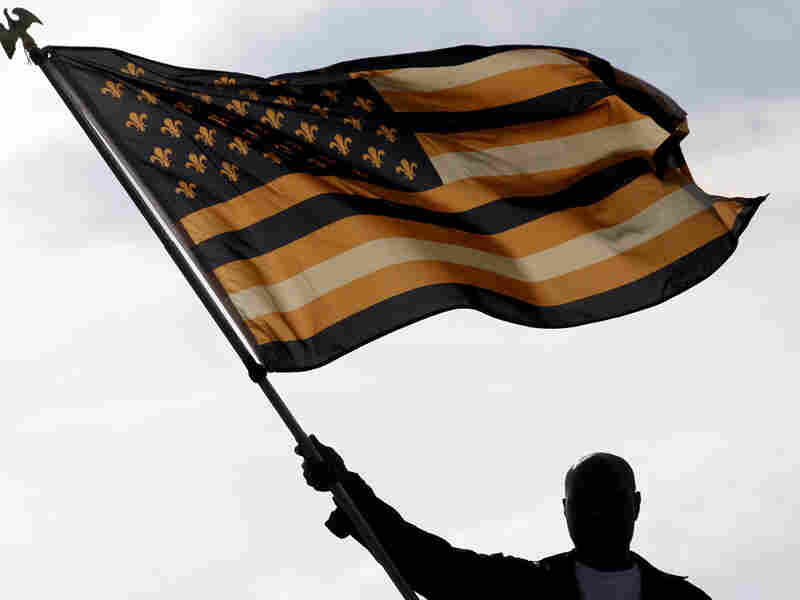 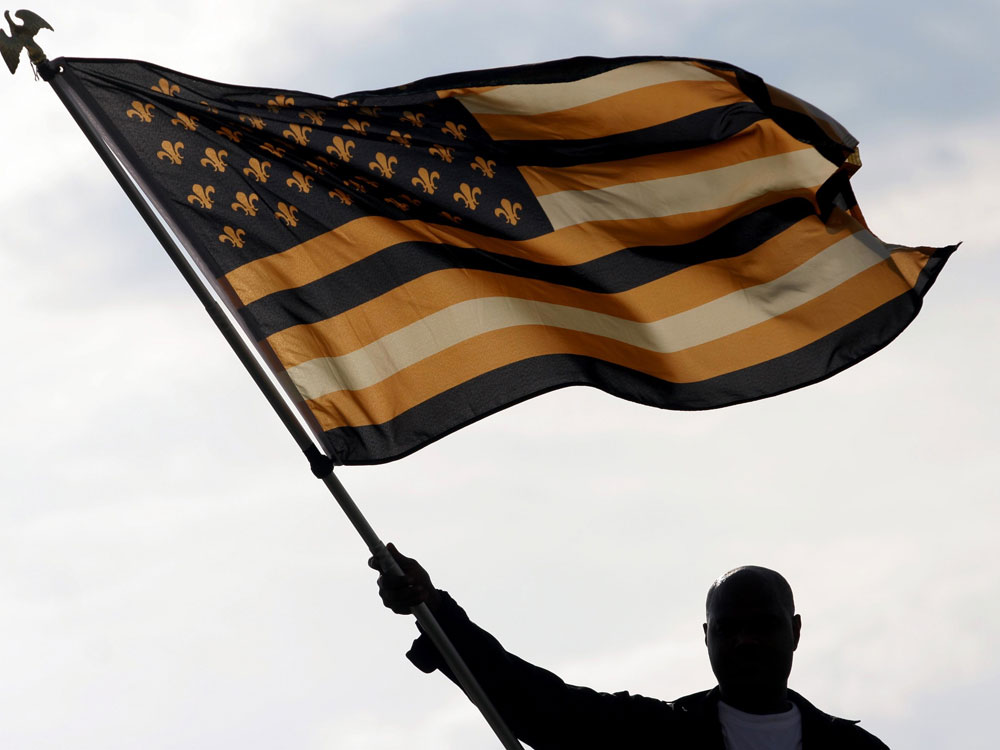 A New Orleans citizen waves the city's flag in a scene from Spike Lee's documentary If God Is Willing and Da Creek Don't Rise.

"But I guess the point is, as of last of last night -- I have to stop you here," she interjects. "Why are you discovering this now? It's been five days. The head of police says it's been five days since FEMA been there. The mayor, the former mayor [was] putting out SOS's on Tuesday morning, crying on national television, saying 'Please send in troops.' So the idea that yes, I understand you're feeding people and trying to get in there now, but it's Friday! It's Friday!"

But it's not all bad news and rehash. That same Spike Lee documentary, which is called If God is Willing and Da Creek Don't Rise and airs tonight and tomorrow night at 9 p.m. EST on HBO, covers new ground. Too much, actually -- squeezing in both this year's Super Bowl win by the New Orleans Saints and the BP mega-oil spill. But it also looks for signs of hope in the rebuilding of New Orleans and vicinity -- and finds them, among other places, in the infamous Lower Ninth Ward, where actor Brad Pitt and his business partner arranged for the design and construction of hundreds of new homes for low-income residents.

The point of all these TV specials is clear. We shouldn't forget what happened five years ago. And TV, more than any other medium, brings it back the most vividly the way we first experienced it.

David Bianculli is founder and editor of TVWorthWatching.com and teaches TV and film at Rowan University in New Jersey.