Accessibility links
Sci-Fi Inspires Engineers To Build Our Future Search engines, virtual worlds, the Internet -- ever get the feeling you're living in a science fiction fantasy? Well, indeed you are. For more than a century, inventors have been driven to create what sci-fi writers have boldly imagined before. 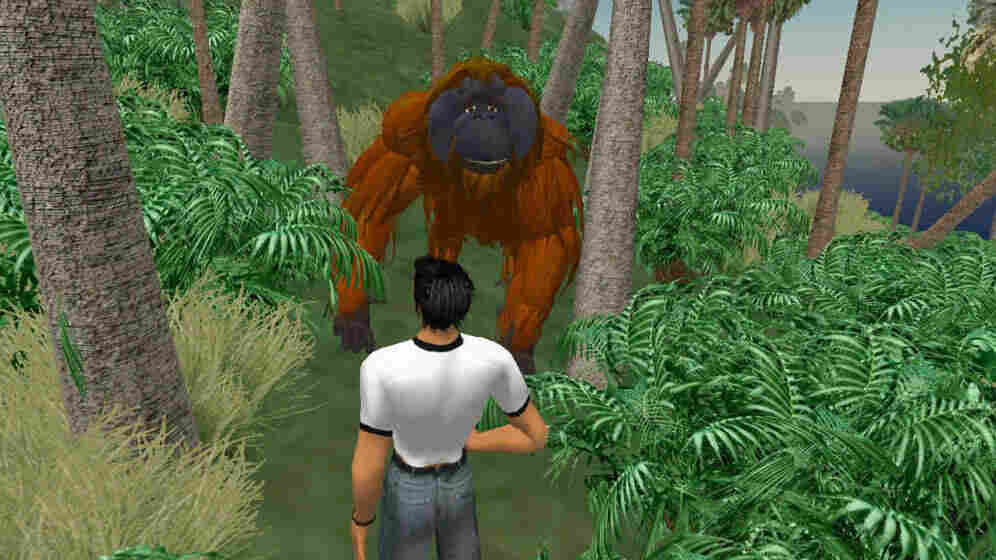 Search engines, virtual worlds, the Internet -- ever get the feeling you're living in a science fiction fantasy? Well indeed you are. For more than a century, inventors have been driven to create what sci-fi writers have boldly imagined before.

As a boy in India, Amit Singhal dreamed of space, the final frontier. "Those were my favorite times as a little child on a hot summer day, sitting in a room watching Star Trek," he says.

Singhal now works at Google, where he is in charge of maintaining all of Google's search algorithms. "But my main job is to dream what search would look like a few years from now," he says.

And what do those dreams look like? Singhal was intrigued by the way Star Trek characters simply talk to a computer to find out about almost anything, so now he's working on Google's voice-recognition search products.

The Star Trek world "really piqued my interest in technology," Singhal says. "And that translated into an interest in search, and, for the last 20 years, I've been doing search."

Singhal isn't unique. Scratch the surface of many inventors in Silicon Valley, and there's a kid who loved science fiction underneath.

"Basically, what happens is, teenagers read these things, they fall in love with the novel, they get inspired by the technology and they keep [it] in the back of their minds till they're about 30, and then they build it," technology forecaster Paul Saffo says. Reading science fiction helps him keep tabs on what our future might someday look like.

From Jules Verne To Second Life

The grandfather of science fiction, according to Saffo, is probably Jules Verne, who wrote 20,000 Leagues Under the Sea. "His novel inspires whole generations of people."

And ever since Verne, there's been a long list of inventions that come from science fiction: Buck Rogers inspired a generation of scientists excited about space exploration; Ray Bradbury predicted home-theater systems; William Gibson dreamed up the Internet while writing Neuromancer on a manual typewriter. Not long after him, Neal Stephenson predicted virtual worlds in his 1991 novel Snow Crash. One of his readers was Philip Rosedale.

"My wife bought me the book and said, 'You're going to love this,'" Rosedale says. He did. In fact, he loved it so much, he wanted to build a virtual world based on it.

Basically, what happens is, teenagers read these things, they fall in love with the novel, they get inspired by the technology and they keep [it] in the back of their minds till they're about 30, and then they build it.

"You looked at that, and you said, 'Well, we could actually do that. There's not really a whole lot of reasons why we couldn't do exactly what's in that book,'" he says.

By the late 1990s, technology caught up to the novel, and Rosedale built the virtual world Second Life based on the "Metaverse" from the novel. Boasting 1 million active users, Second Life offers virtual retail shops, bars, houses and even virtual television studios with virtual celebrities on virtual talk shows.

"I think it is pretty much what I imagined," Snow Crash author Stephenson says.

Science fiction helps cubicle-bound engineers and programmers see the meaning of their work, Stephenson says. It makes it "possible for these people to see a coherently realized vision of what all of their efforts could eventually lead to."

But Snow Crash is a dark book. The world it depicts is filled with petty criminals, violence, environmental problems and greed. In fact, talk to most science fiction authors, and they will tell you that their work is usually cautionary.

"While the futurists are plowing ahead and excited about this possibility or that possibility, we're always standing there going, 'Hang on just a second. Let's think about this a little more,'" author Connie Willis says.

Willis, who has won numerous Nebula and Hugo awards for her work, has imagined everything from alien life forms to a Hollywood where actors are replaced with digital replicas. Willis says the gadgets and technology in science fiction are meant to intrigue, but they are really ways to talk about the present and take on hot issues that readers might otherwise avoid.

"They already think they know what they think about any given hot topic of the day," she says. "But if you can convince them that you're talking about a planet millions of miles away and hundreds of years in the future or the past you can actually get people to examine more closely what's going on right now."

Google search guru Singhal looks to science fiction almost like a blueprint for a brighter future.

"Those dreams are what keep people running toward a goal," he says. "You shoot for the stars, a great thing happens. And those stars are put in our visions by all these wonderful science-fiction creators."